SpaceStream is a student project which aims to explore the influence of rule-based design systems on low-tech fabrication technique of welding. the research concentrates on wireframe structures, which are strengthened through subdivision of basic geometrical units and bundling and reinforcing of the main structural strands. the custom software used for this project is centredon dijkstra’s shortest path algorithm in combination with agent-based modelling techniques.

as the application was being developed in parallel with the design project, the software itself went through several iterations. from the very beginning, following up on the initial fabrication research, the basic design setup consisted of three-dimensional array of space filling polyhedrons. these initial geometrical units are subdivided in three iterations through the application of multi-agent system, which runs through the spatial grid in accordance to defined guide paths. 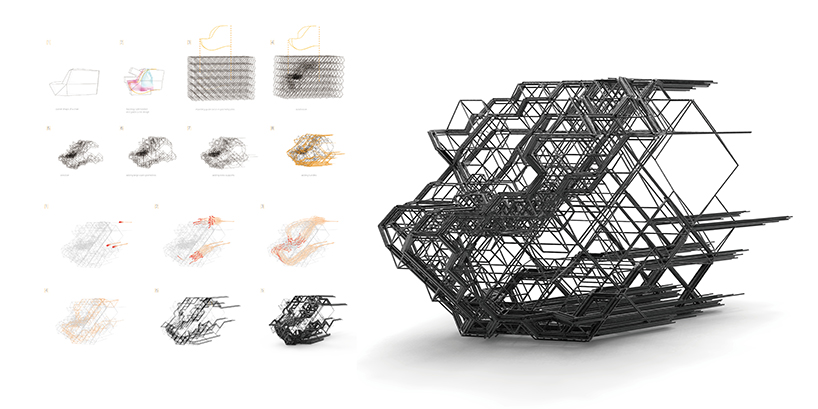 the digital modelling process and the rendering of the steel chair

soon, as a conclusion of fabrication tests, it became apparent that in order to strengthen the 3D lattice, bundles of varying densities would have to be introduced into the system. as next step, bundles were generated through agents interacting with the lattice. a shortest path algorithm known as dijsktra algorithm was applied as the solution to the bundling problem. it proved as a suitable solution due to its computational efficiency, as through optimization it benefited the speed of the design process. 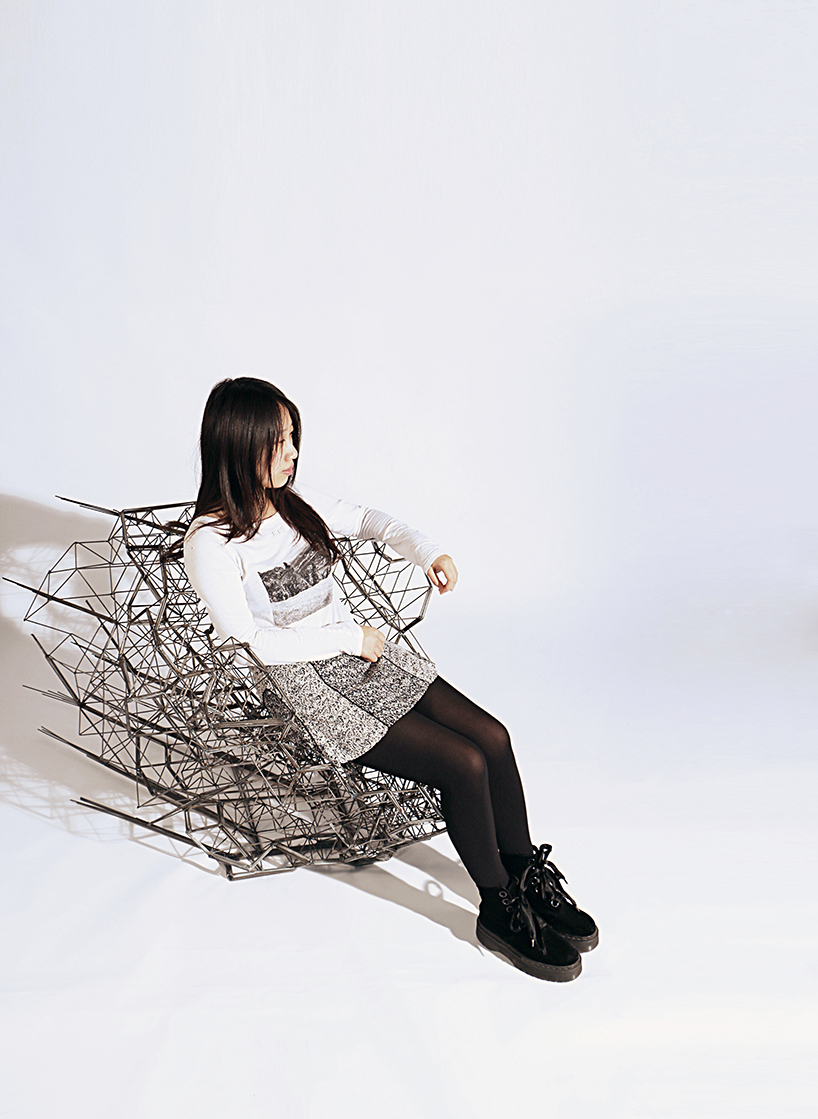 prototype of the chair

since the initial setup always consisted from polyhedrons of known dimensions, any design iteration from the digital applet was easily translatable into physical model made of welded metal wires. likewise, as each of the shortest path bundles (agent’s path) produced within the applet would record its value over the wires it crossed — similar to stigmergic calculation, the exact number of bundles and their length was known at any given moment. this way, the computational model acted as a direct blueprint for fabrication, with the ability of updating the instructions in real-time. 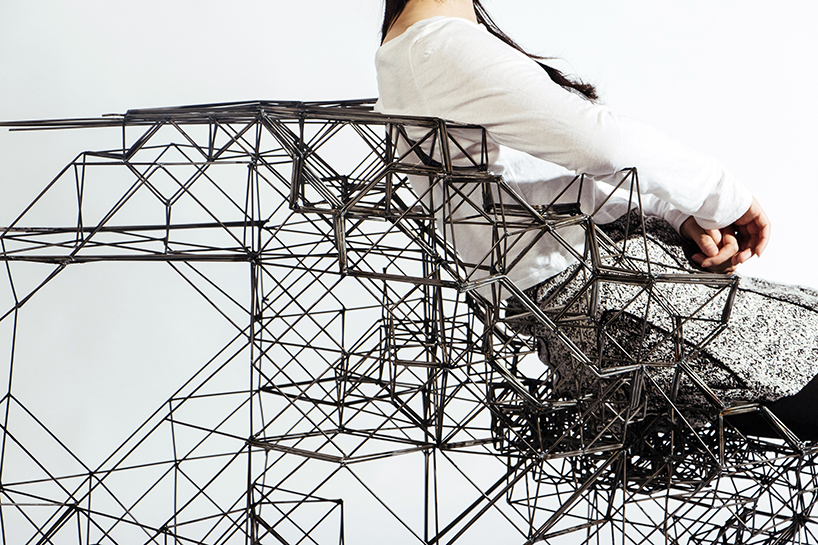 detail of the chair

finally, all of the design elements are tested synthetically as an architectural proposal – the ‘stream house’ –which manifests the structural and aesthetic properties by showcasing the 3D structural flows branching and transitioning seamlessly from vertical columns, to horizontal elements (floors, ceilings) and staircases, while forming the structural support as well as unifying all building elements into one coherent design. 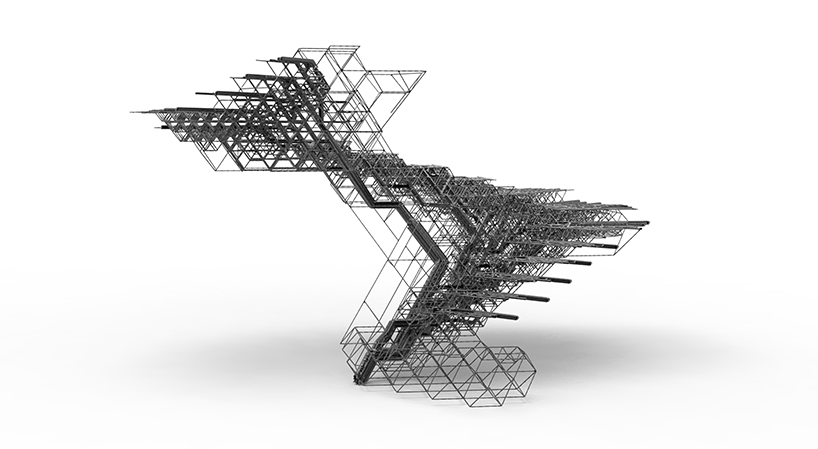 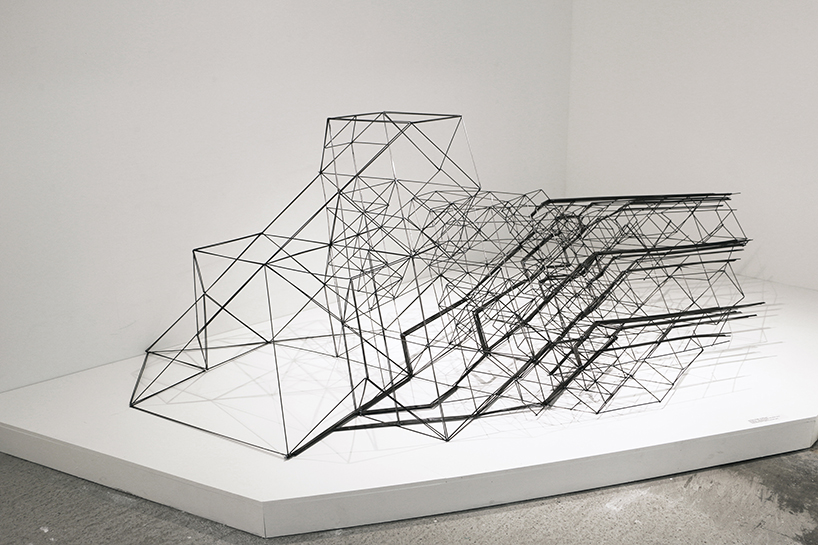 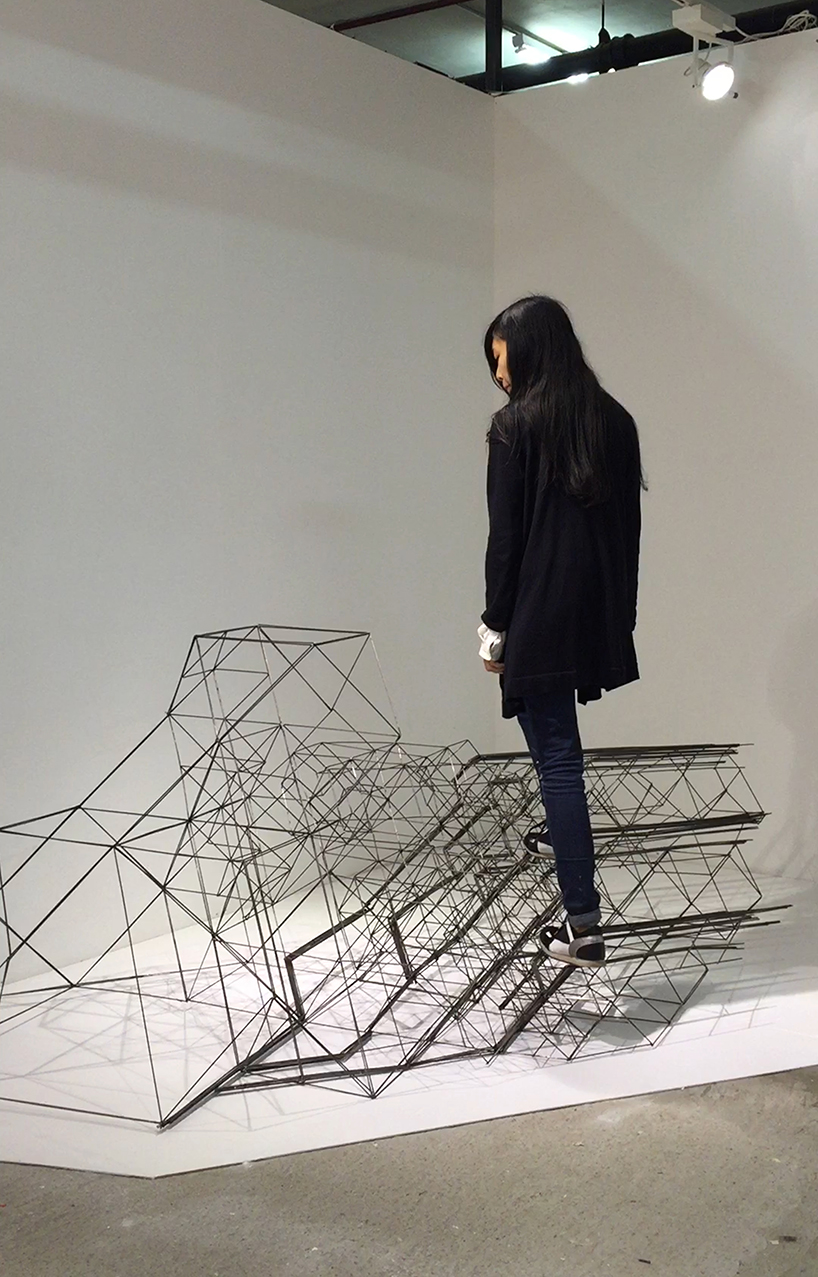 prototype of the staircase 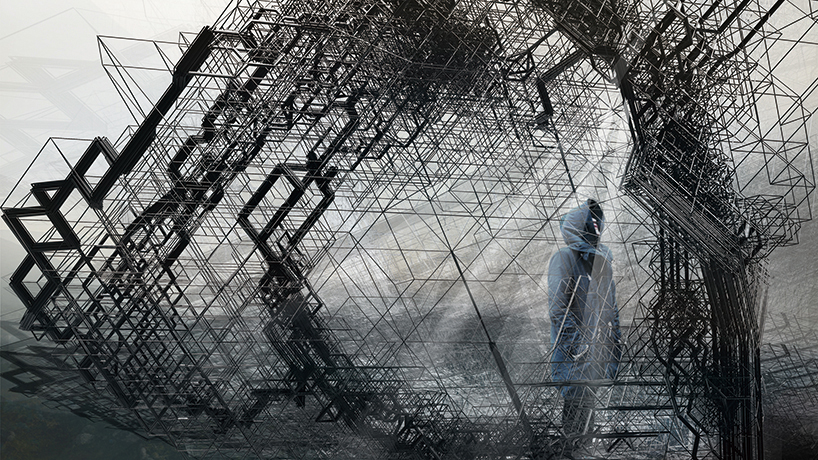 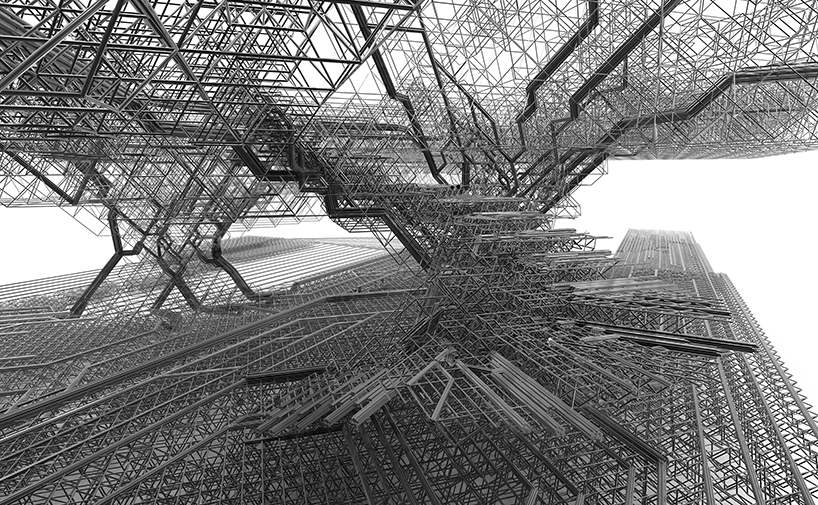 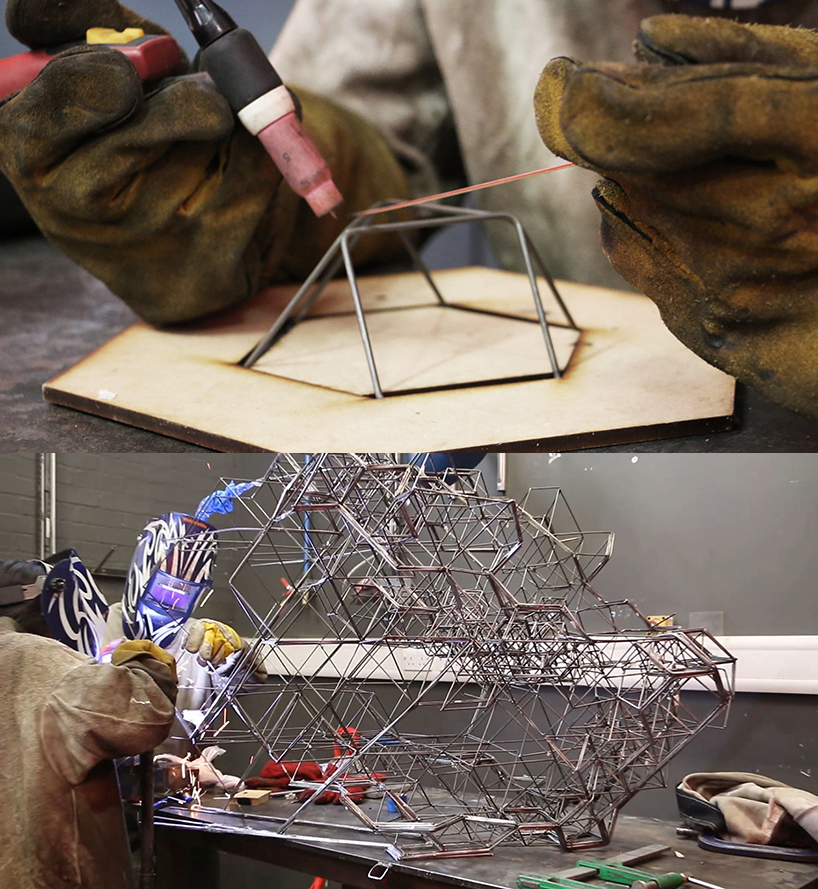