south korean designer jeongmi lee has conceived ‘spationary’ – a cosmic galaxy of stationary accessories. the two products developed as part of the range include ‘saturn tape dispenser’ and the ‘abandoned planet’ pen holder. the ‘saturn tape dispenser’ body mimics the famous ring of the great planet to encircle a roll of tape, and ‘abandoned planet’ organizes one’s pens in an almost ordered chaos – a silicon sphere with random cut outs for pen storage. the collection transforms daily objects into planetary wonders. 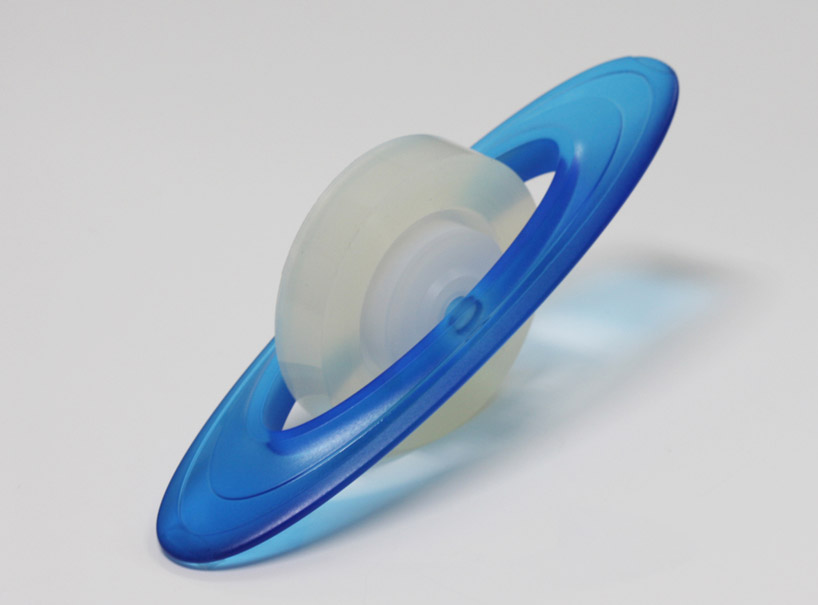 the body of the design mimics the ring of saturn 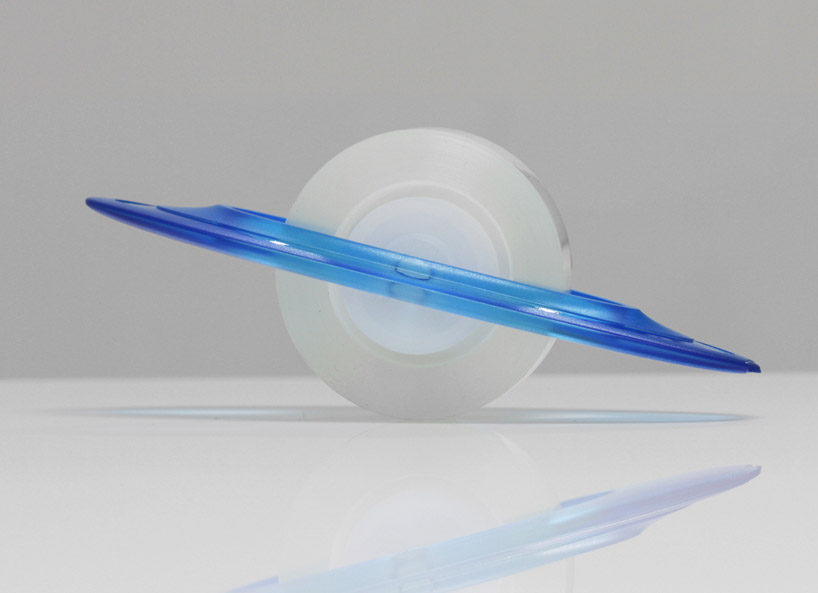 the tape pivots on its base 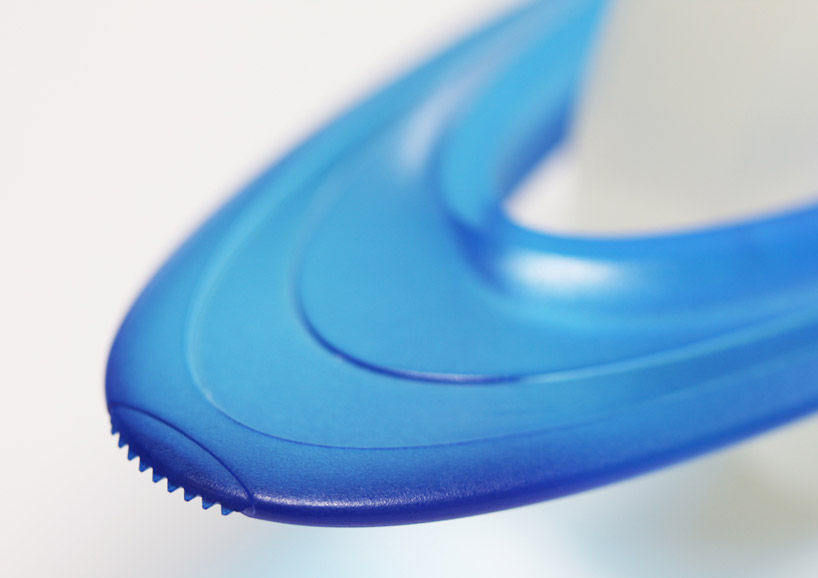 detail of the body 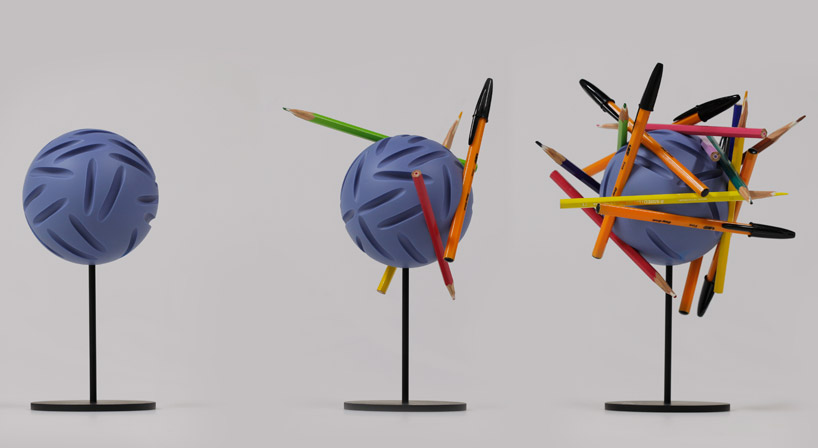 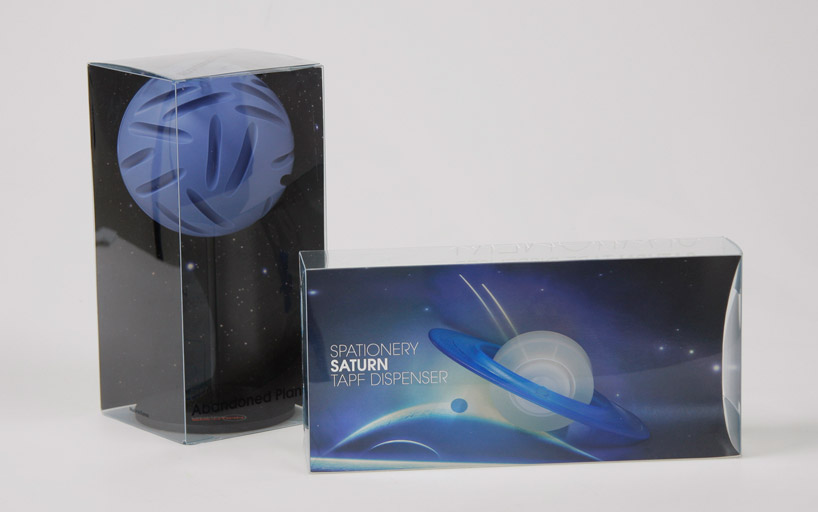