dr. manel torres, a spanish fashion designer and academic visitor at imperial college london, has unveiled a collection of haute couture made entirely out of spray-on fabric. showcased at the ‘science in style’ fashion show, the line is a culmination of 10 years of research and work by torres, who has developed ‘fabrican‘ through a collaboration between imperial college london and the royal college of art.

the instant, non-woven fabric is formed through the creation of a liquid suspension which is then sprayed over by either a spray gun or an aerosol can. the cross-linking of fibres adheres together to create the fabric medium, which can easily be sprayed on to any type of surfaces. different scents, colours, and even fibres ranging from natural to synthetic may be incorporated into fabrican to meet the needs of each consumer. the material may be washed and re-worn. 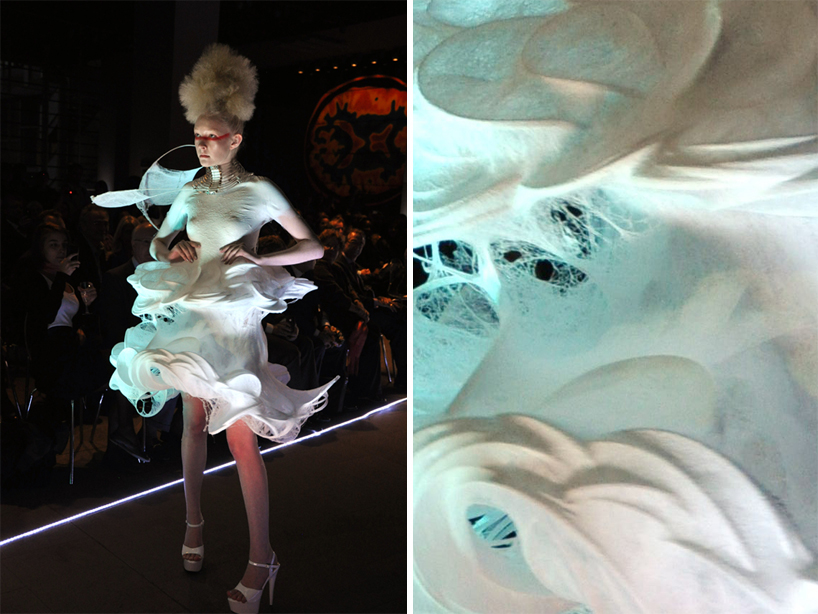 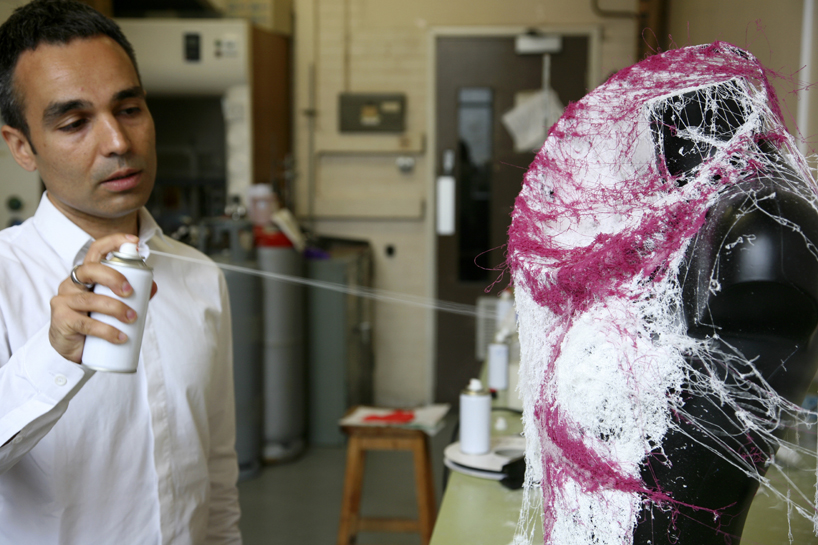 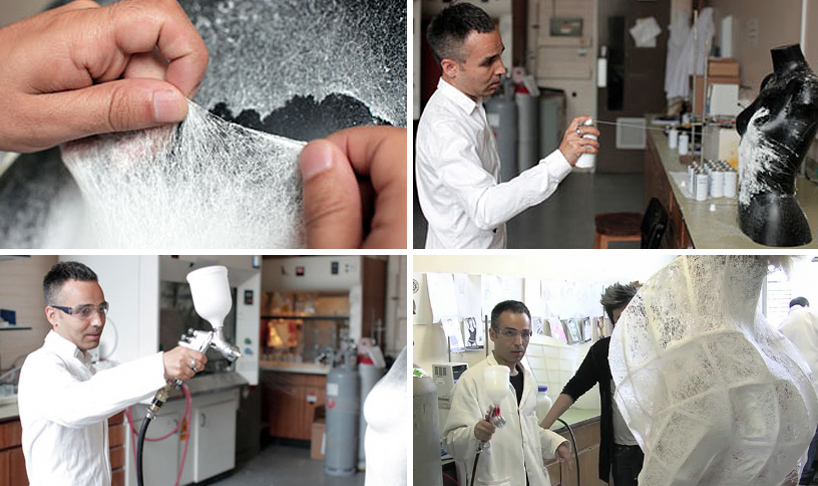 video of the science in style fashion show