Ireland-based startup SuperWheel, founded by Simon Chan, has launched a new spring-powered bicycle wheel that turns the rider’s weight into propulsion without the need for electricity. The innovation uses the company’s patent-pending ‘Weight (mass) to energy conversion technology’ (WTECT), working on the user’s movement and needing no battery or electric charging. Developed as an e-bike alternative, the SuperWheel allows bikers around the world to upgrade their rides without having to worry about range and speed limits. 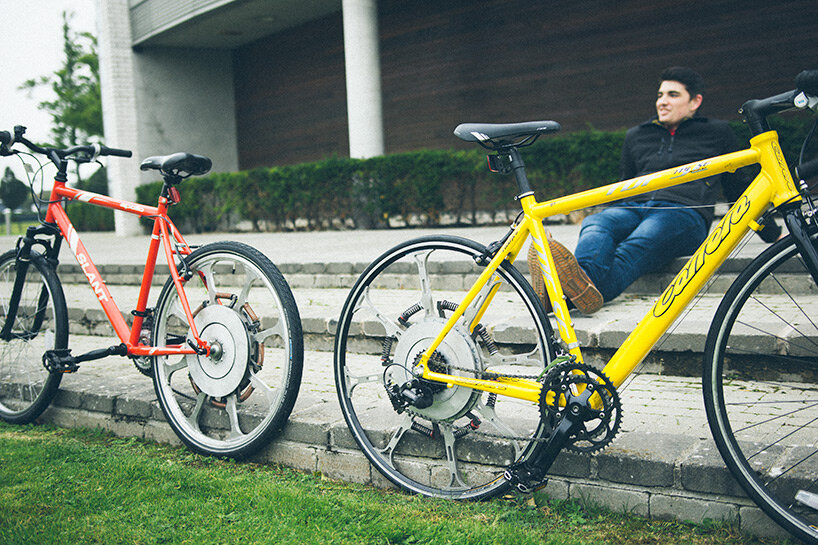 all images courtesy of SuperWheel

how does it work?

The SuperWheel is a revolutionary bicycle wheel that promises to improve cycling efficiency. Using the company’s WTECT system, the wheel leverages the cyclist’s weight and converts it into propulsion, providing an efficiency improvement of over 30% compared to a standard wheel.

The design is based on two key components: The external spring mechanism and the internal drive. The wheel harnesses the vertical movement which is caused by the rider’s weight, turning it into forward motion. This is achieved because the weight compresses the springs at the top of the wheel, while decompressing the ones on the lower section. As the wheel rolls forward, that energy is released and converted to propulsion. ‘Using the center as the pivot, this converts energy and reduces the frictional force in the opposite direction and facilitates the rotation.’ the startup explains in a video. 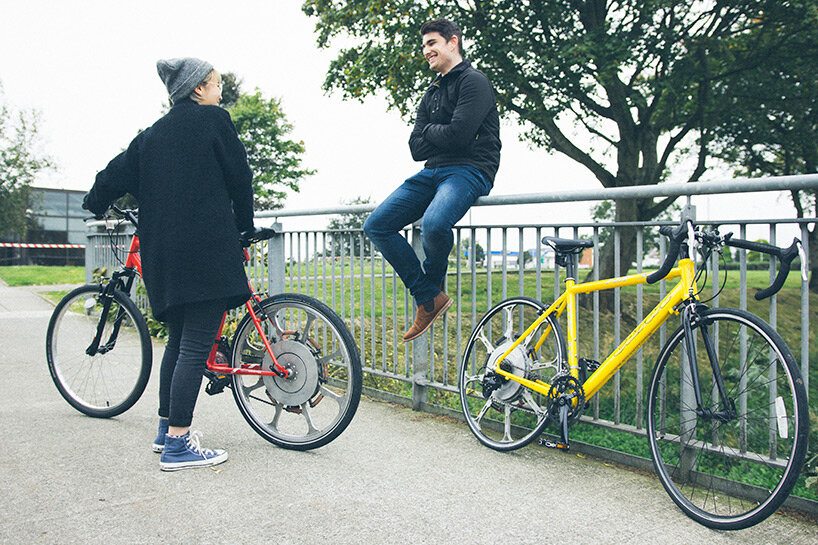 With SuperWheel, there’s no battery, motor, or electric charging involved since it’s powered by the cyclist’s weight and movement. This is why it is also lightweight, easy to lift, and simple to install onto most bicycles. In addition, with SuperWheel, the range of the bike is unlimited, depending only on the rider’s enthusiasm and athletic skills — you can go where ever you want for as far as you want.

The innovative prototype promises to make your journey a lot more effortless and environmentally friendly, offering the power and benefits of an e-bike without the cost. 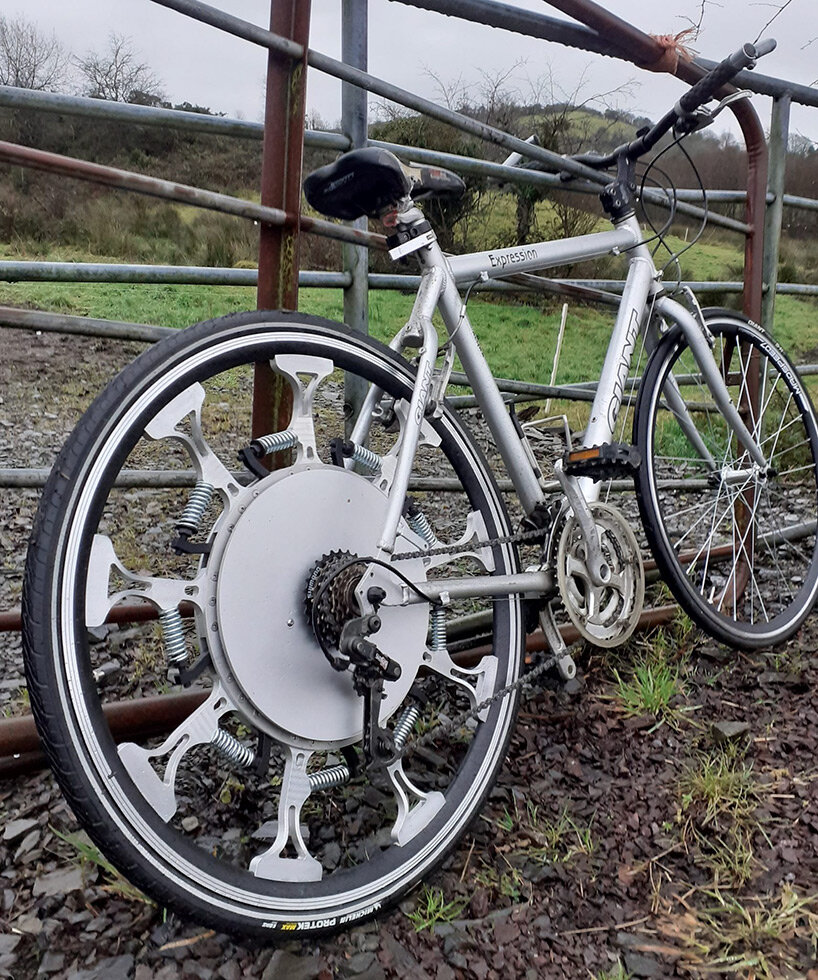 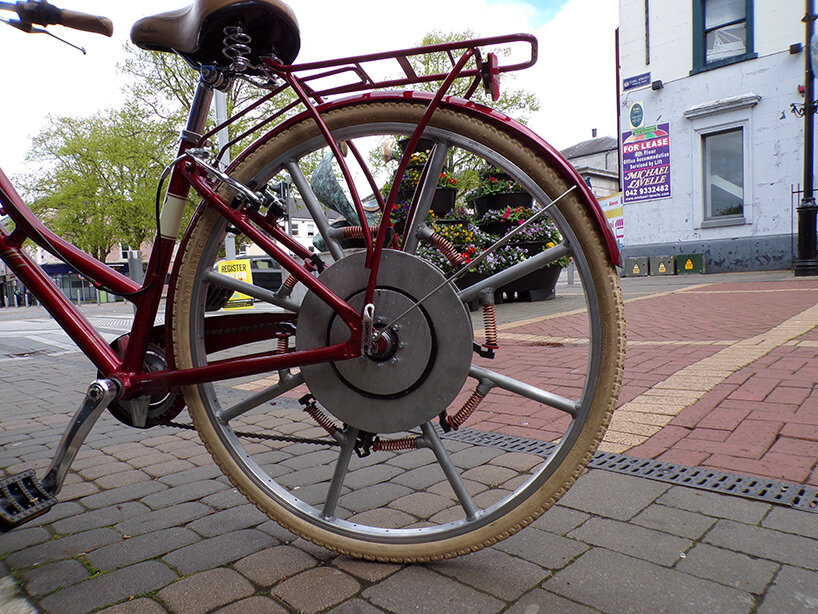 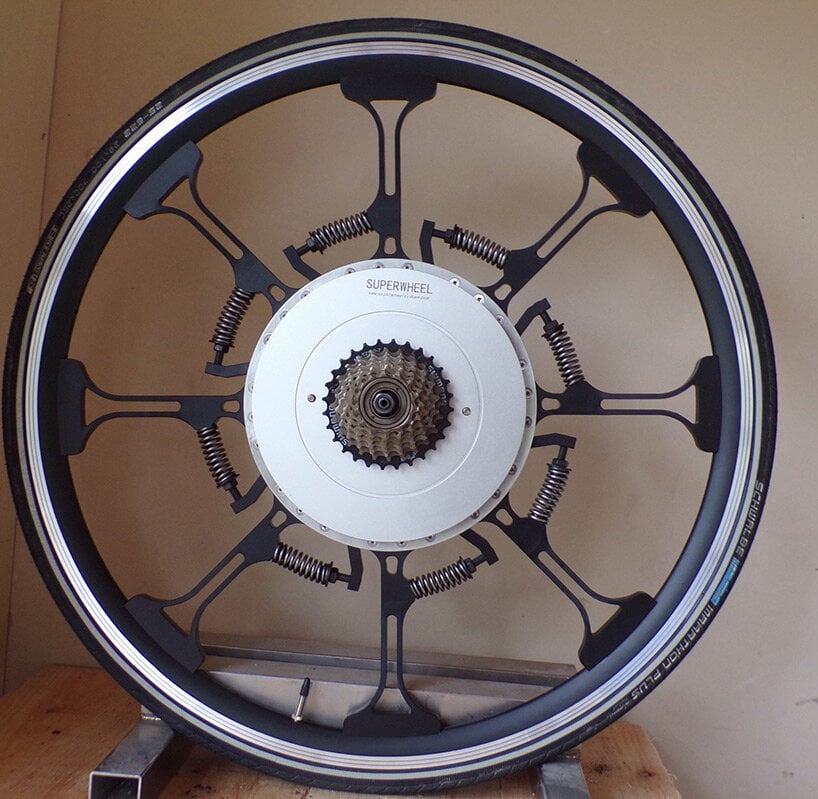 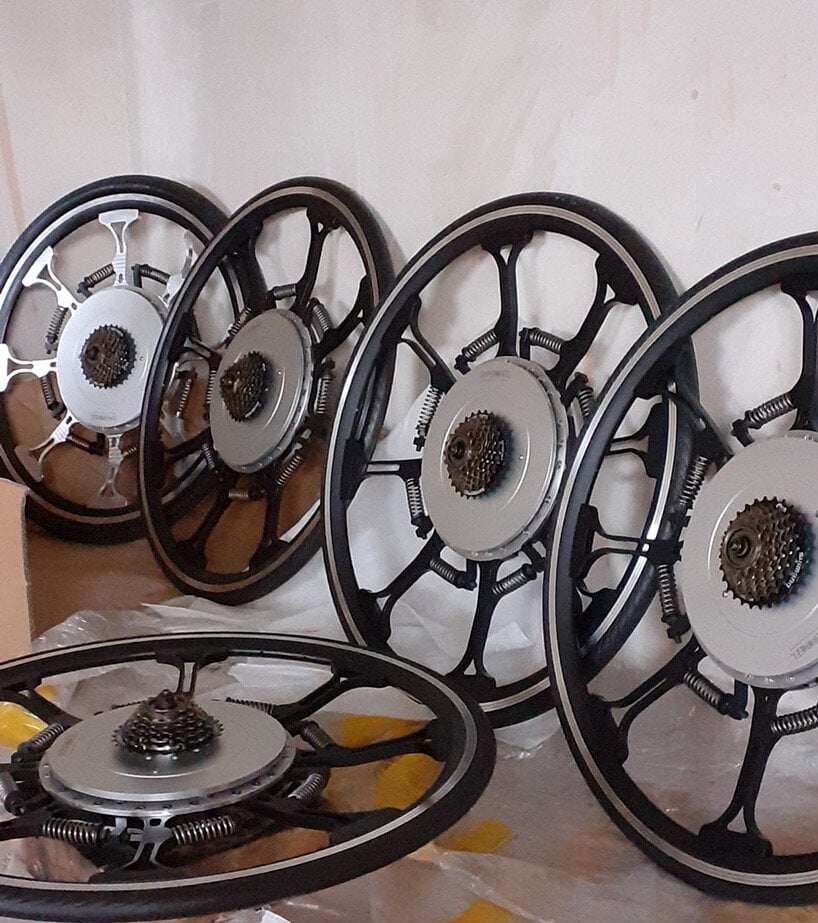 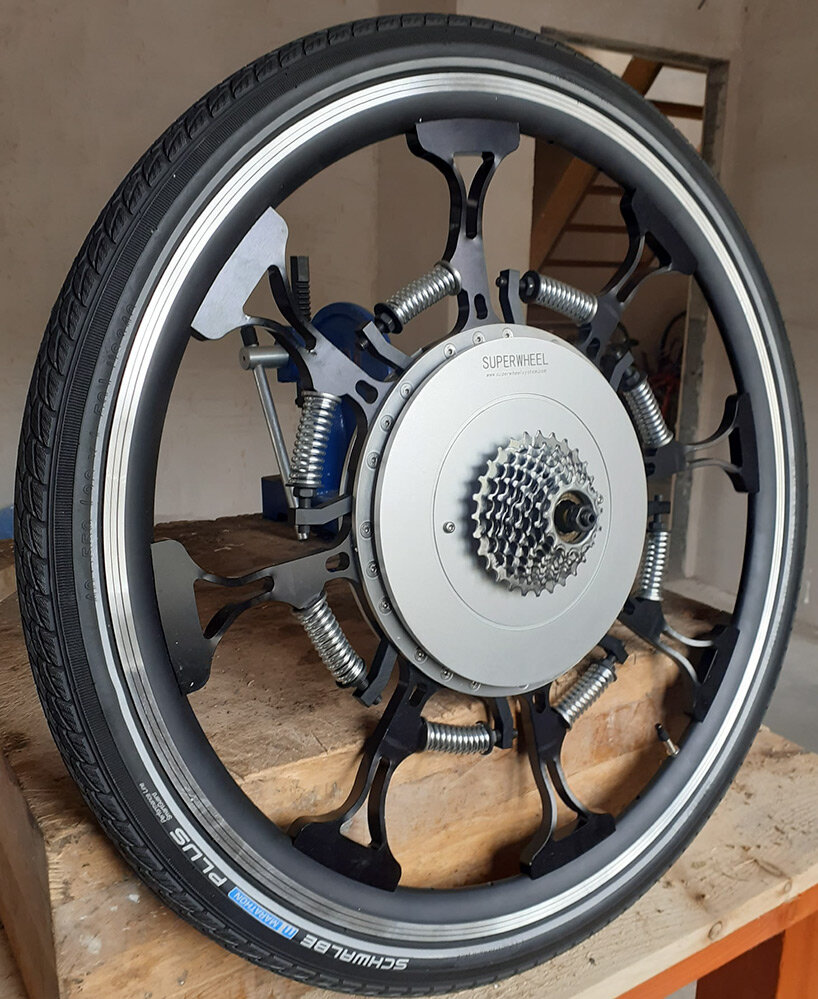 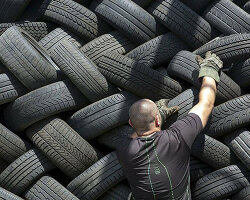 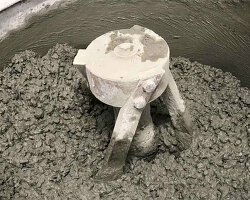 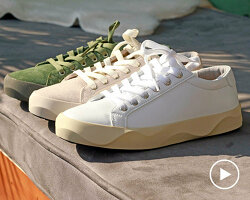