designer boutique hotels surveys the contemporary condition of hospitality spaces, showcasing a range of innovative projects and the diverse materials and unconventional forms employed in their construction.

hotel architecture and design surveys habitable and welcoming temporary accommodation from around the globe, looking at contemporary projects and the diverse materials and unconventional forms employed in their construction. 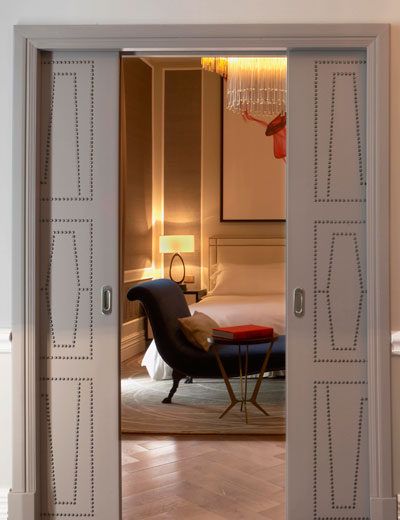 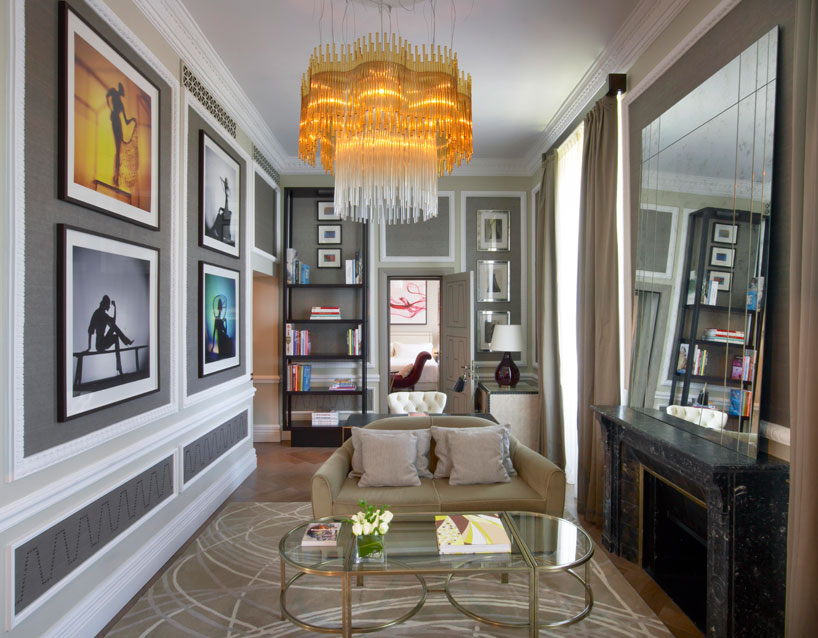 british interior design consultants HBA london designed the latest of the signature suites for the majestic st. regis rome – the second floor of the luxury hotel now home to the ‘couture’ suite. the bespoke 150 square metre ‘couture suite’ needed to coherently articulate both the essence of the new suite, while still maintaining the narrative of the renowned hotel.HBA london achieved this through merging the distinctive architecture and culture of rome – taking cues from the city’s renowned couture houses – and the classic sophistication of the st. regis by featuring accessories with an emphasis on flowing shapes and careful attention to detail – referencing the je ne sais quoi of italian style.

the suite features a master bedroom that unfolds to a central living room with a high ceiling, every corner of the space considered to the smallest detail such as the nail-head trim on the timber panelling and millwork, italian leather embellishments and finely stitched embroidery. three large windows frame views of the city, including piazza della repubblica with its historical fountain of najadi.

beyond the master bedroom are two more guest bedrooms – including a cerulean blue chaise longue and elegant oval-shaped desks re-imagined by the gallery with a cut-out that has been replaced by a hand-stitched leather inset resting above a pencil drawer.the three sleeping spaces tied together with various artwork of twisting red voiles.

complementing the narrative of the space is a private library showcasing legendary italian artists and topfashion designers, as well as travel literature and photography books. the award-winning firm elegantly merged the glamorous world of italian flair and high-end fashion with the classic st. regis elegance.

designboom had a chance to discuss the ‘couture suite’ with inge moore, principal at HBA london and the gallery in an exclusive interview, giving in depth insight into the story behind the space as well as finding out which renowned designers informed the suite:

how did you infuse the quintessential elegance of st. regis into this couture concept – what elements did you discover define the st. regis style?

one of the first things we did when we began to develop our design concept was to look at how the st. regis brand defines itself. their key ‘passion points’ of fashion, art and literature provided the perfect direction, so drawing upon these guidelines, we shaped a design story around how these ideas have been exemplified in the culture of rome and the legends of the hotel. for example, the couture suite’s private library has an anthology of italian cinema classics from the master federico fellini, whose legacy is linked to the hotel, and details about highlighted art, film and literature events in the ‘eternal city’ are at hand to delight connoisseurs during their stay. 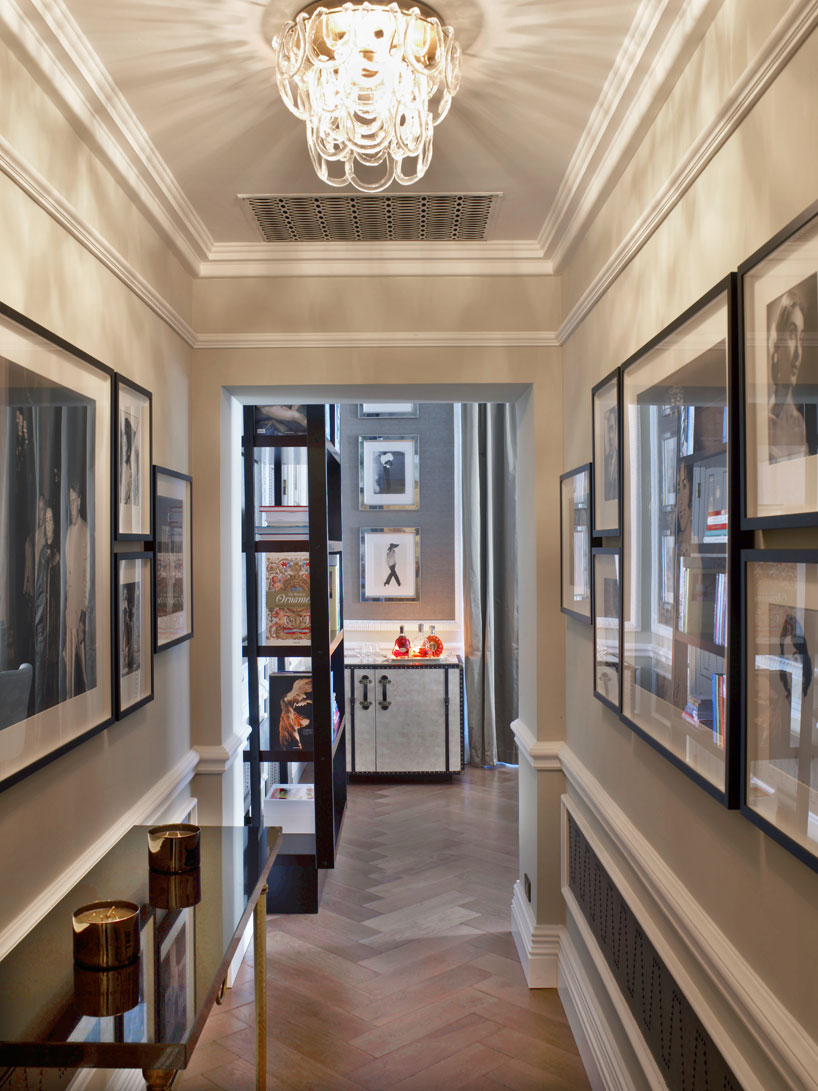 ‘the apartment’s entrance is a melange of fashion-inspired sketches and photographs, as well as historical black and white portraits,  which act as mementos of the many celebrity guests the st. regis has hosted, including richard burton, elizabeth taylor, maria callas and anita egberts‘image © eric laignel

you mention that the ‘couture suite’ is informed by italy’s most iconic designers – can you share which designers were most integral in shaping the design of the space?

as always, research was a really important part of our design process. for this project, we discovered that valentino, who founded his fashion house in rome in 1965, used to unveil his celebrated collections in the hotel’s ballroom. I love his beautiful creations – their timeless grace, his emphasis upon flowing shapes and the meticulous attention to detail – so our vision became to weave the essence of these into the suite’s design. an example of this can be seen with the photograph of red smoke that hangs above the bed in each of the three bedrooms. we chose this art for its allusion to the sinuous red voiles found in valentino’s dressmaking.

another designer who inspired us was gio ponti. the two secondary bedrooms each have an elegant oval shaped desk inspired by his classic table which has an elliptical cut-out within its top. in our new version, this hole has been replaced by a hand-stitched leather inset resting above a pencil drawer. 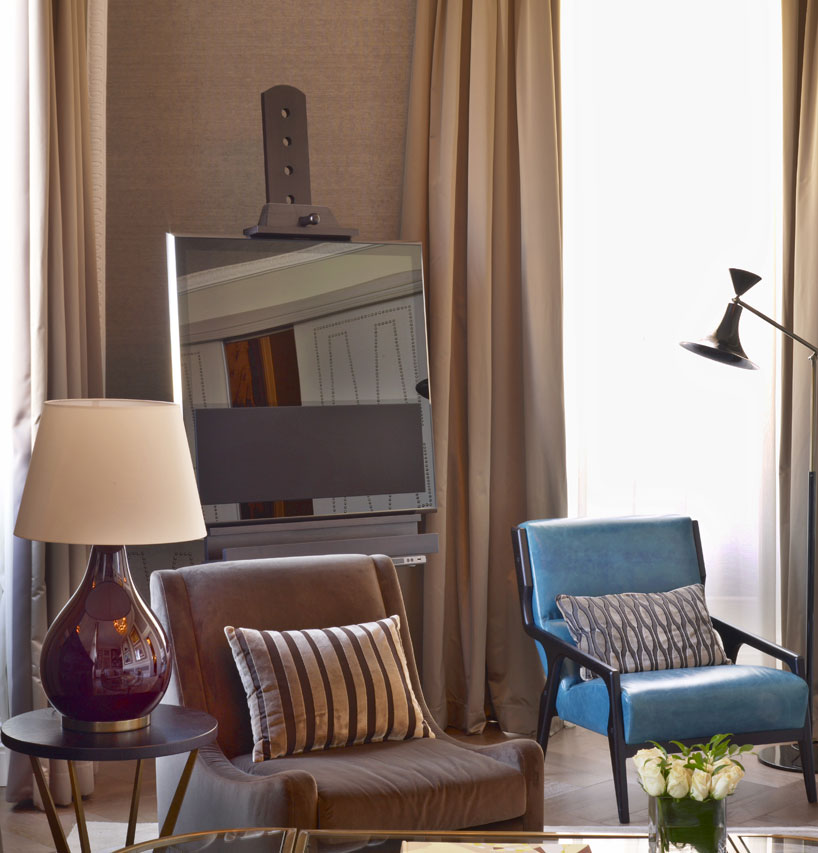 ‘the furnishings also represent an eclectic yet confident mix of styles and eras –  an art deco cocktail table sits alongside a fifties’- inspired chair..and a timber easel which holds a flat-screen television’image © eric laignel

how did you communicate the flow of the new design – you mention details unfolded ‘layer by layer’ – is there a story being told through the space?

it is the thoughtfully curated details that build the layers within the design. each carefully considered component provides an opportunity for guests to further enter the story that is being told about the fashion, art and literature of both rome and the hotel. for example, in the apartment’s entrance is a melange of fashion-inspired sketches and photographs, as well as historical black and white portraits, which act as mementos of the many celebrity guests the st. regis has hosted, including richard burton, elizabeth taylor, maria callas and anita egberts. 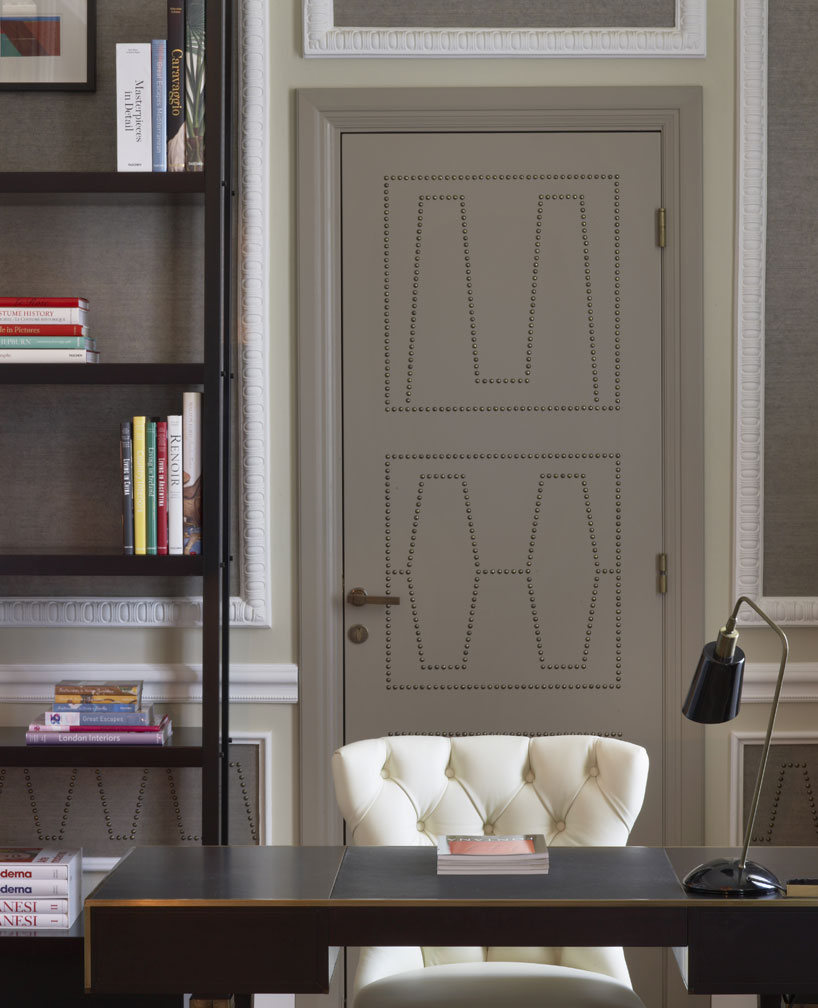 what challenges did you face during the project?

there weren’t really any ‘challenges’, just a lot of details to make sure were perfect. in a suite that is all about couture design, every aspect was of the utmost importance. as with every project, we spend lots of time making sure each one is exactly right, since it’s all these flawless facets that add-up to a gorgeous design. by being meticulous and thorough in our planning and specifying the highest quality standards for the materials and furnishings, we were confident that our end result will be exquisite. 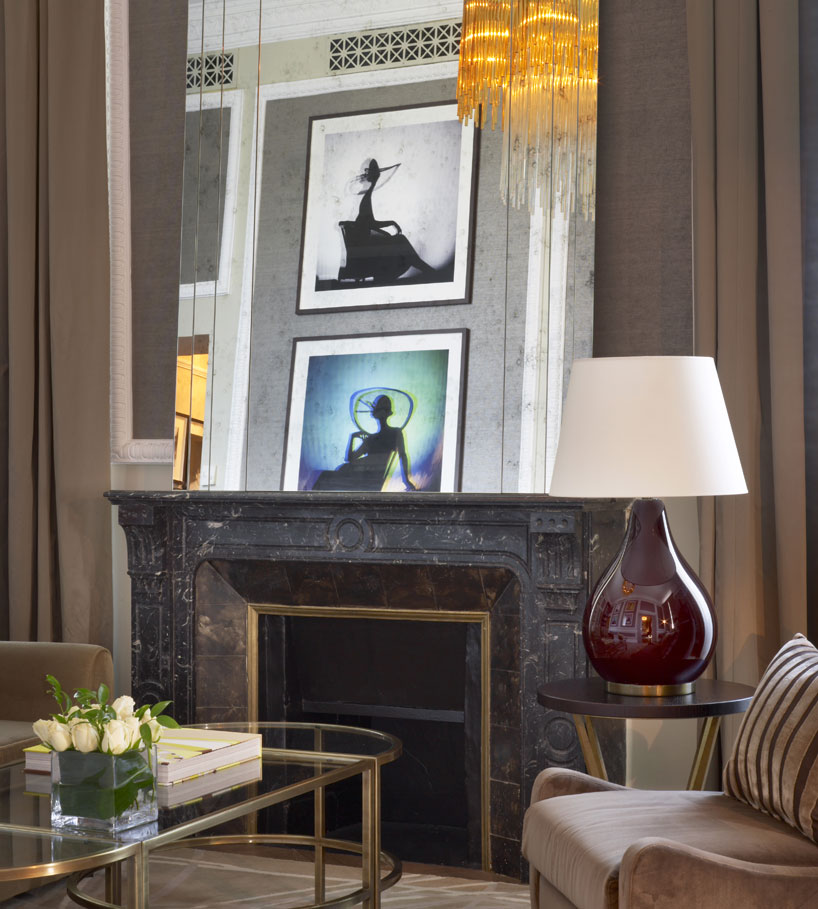 the ‘couture suite’ is located on the second floor of the st. regis rome – how did you balance blending the new design with the original architecture, however still creating a distinctive statement to articulate the ‘couture’ elements?

we were fortunate to have a wonderful architectural envelope as our starting canvas. by then adding select fine points within a neutral backdrop, we were able to convey a sense of couture within the interior spaces. for example, the nailhead trim on the timber panelling and millwork is reminiscent of the detailed embellishment one might find on a hand-tailored garment.  the furnishings also represent an eclectic yet confident mix of styles and eras – an art deco cocktail table sits alongside a fifties’- inspired chair, an anglepoise type of floor lamp, and a timber easel which holds a flat-screen television. much like a couturier’s atelier, the suite holds a sundry of colourful elements, so adding the existing architectural form into the mix just further enriched the interiors. 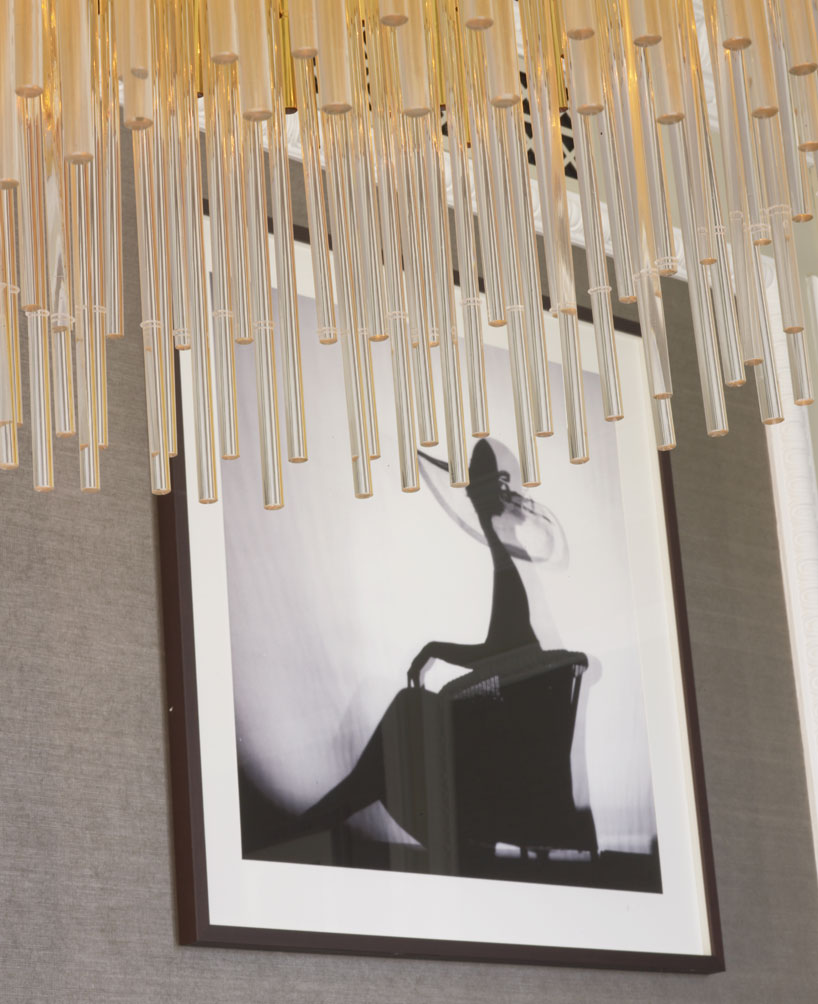 one can see the work is directed by a strong philosophy – what do you consider the key components of your practice?

within HBA’s London team we have formed the gallery, a studio that is dedicated to the interior design of bespoke high-concept projects. for us, creating a hotel’s design is like unravelling a mystery. it’s about letting a place tell us what it needs to be. we see our role as storytellers. when we are imagining the concept for a new design in an historic property, we start by going back to the hotel’s beginnings to discover its original story and learn about the ‘plot twists’ that have been added over the years. this gives us a foundation for creating the next chapter that still has roots in the past. on the other hand, designing for newer hotels gives us the opportunity to invent the story ourselves. in these cases the scope is wider – for example, we might interpret the tales and artistry of a culture through a contemporary lens, or draw inspiration from the natural surroundings. however for any project, our guiding principle is to design a comfortable destination where guests feel cared for and pampered. this is the secret to creating a hotel which they will want to return to time and again. 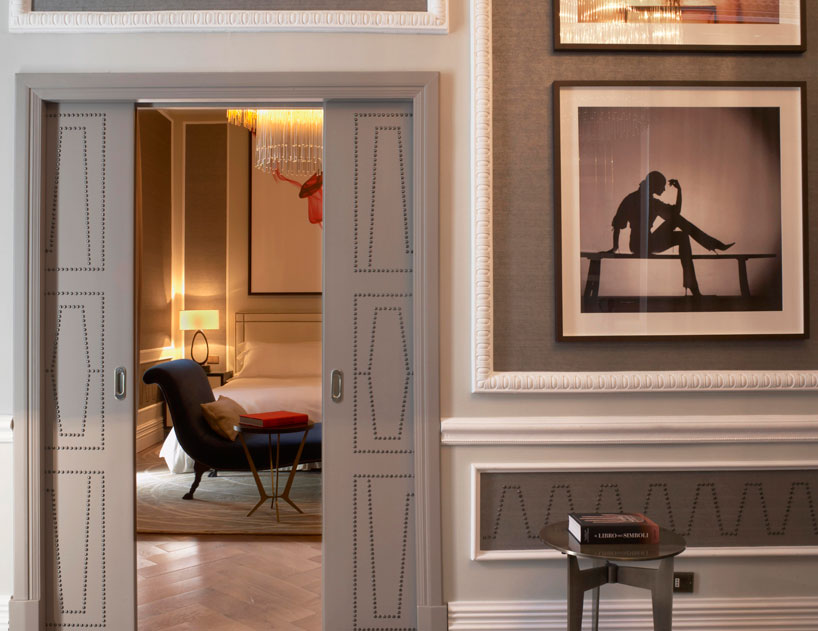 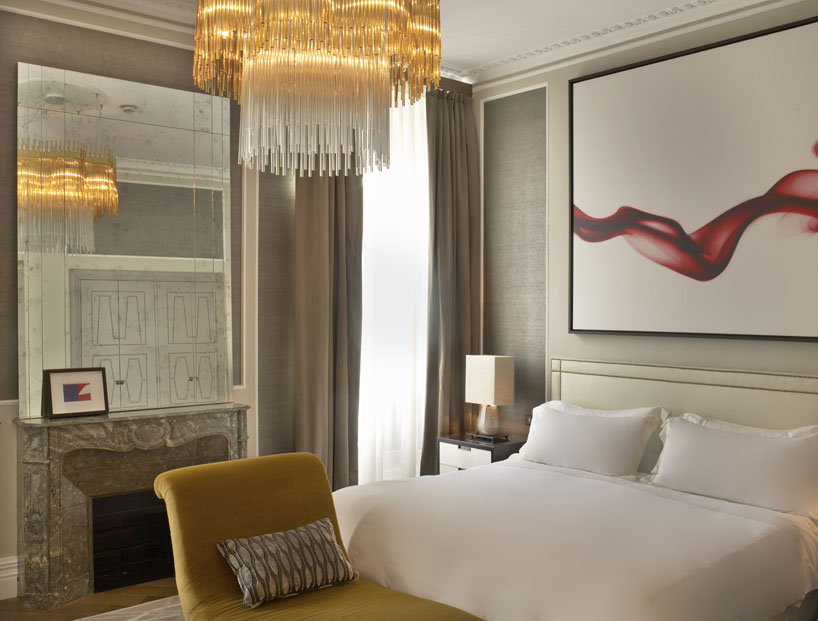 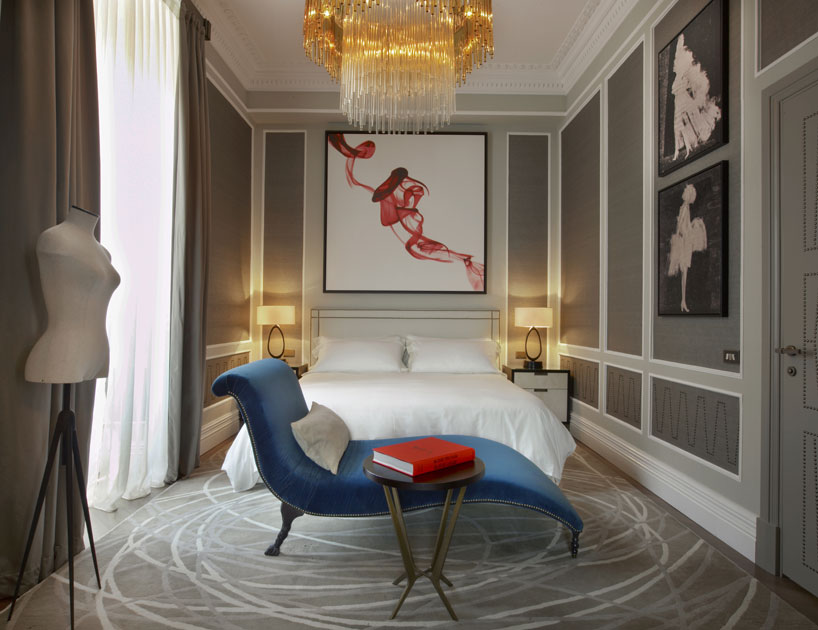 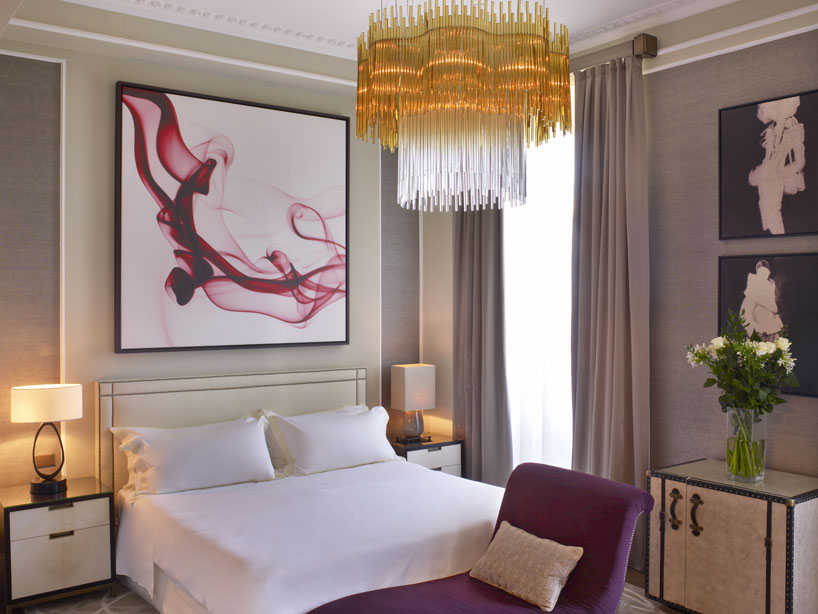 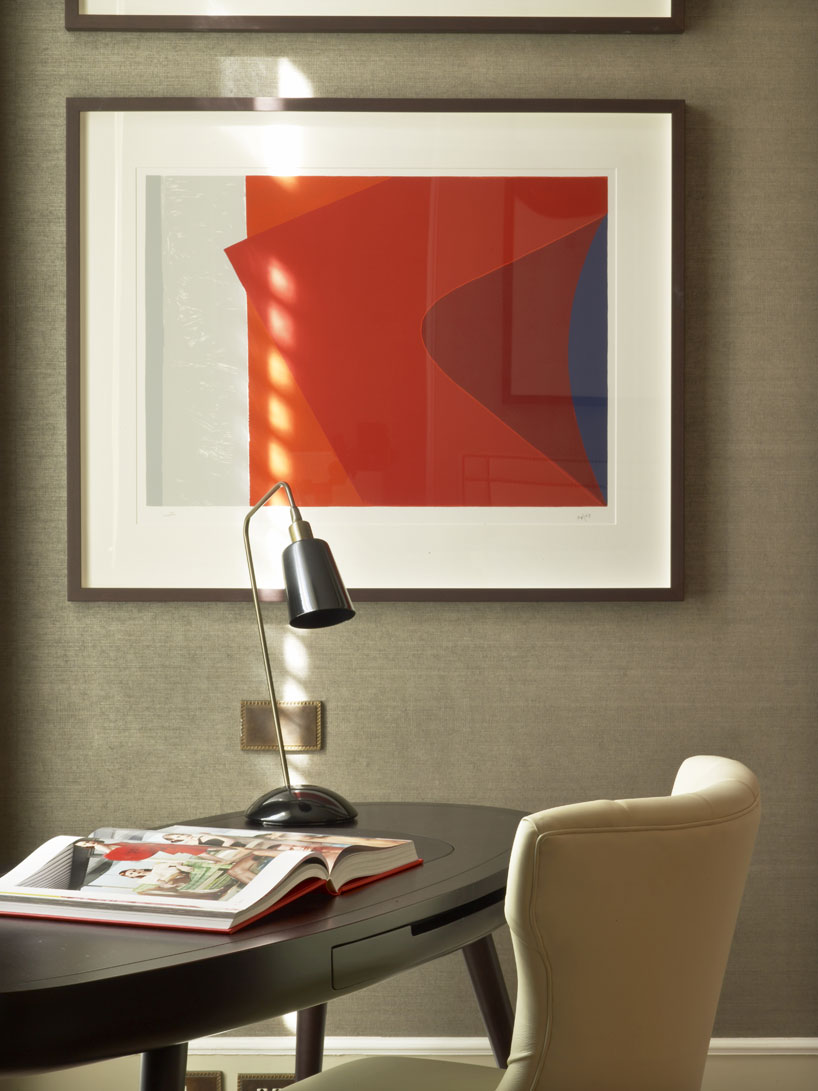 lara mikocki I designboom
0
0
0
password recover
please insert your email below to reset your lost password
your new password has been sent to your email address
thanks for registering
please complete the form below. 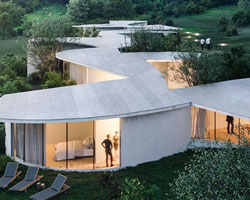 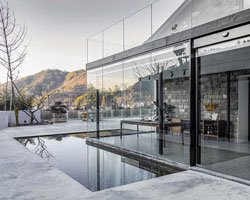 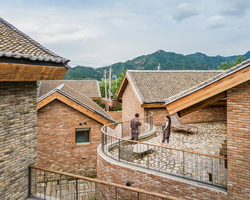 lllab. creates a 'village within a village' for hotel resort in rural china 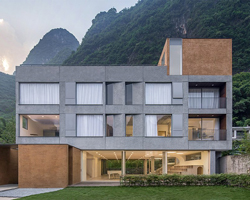 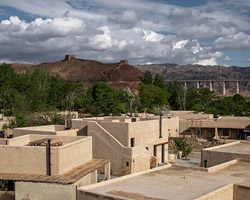 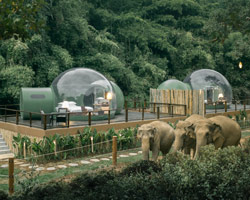 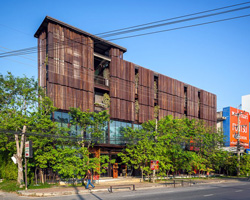