composed of solid ash wood, the piece is on display at imm cologne 2011‘s designers fair, the annual exhibition in which young dutch designers introduce new products, concepts, and prototypes, as part of the off-site passagen 2011 program. 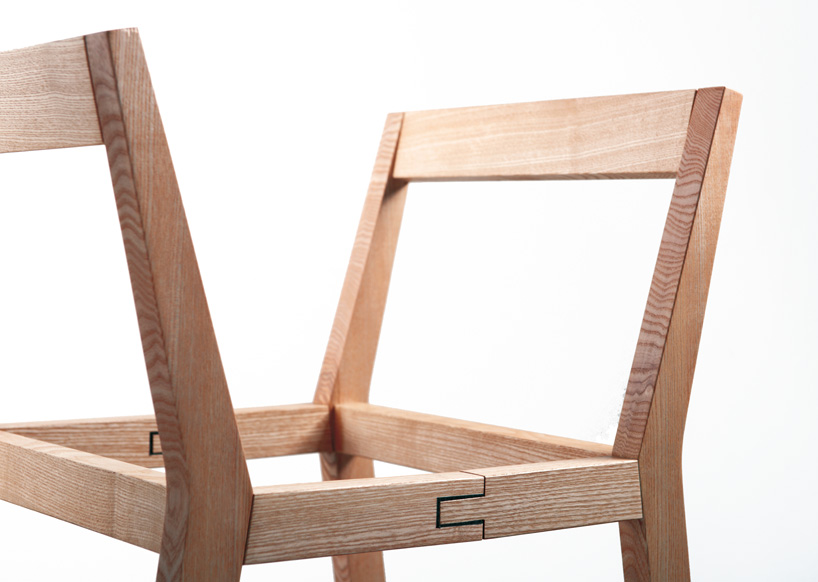 the chair-like structure provides two bars onto which clothes, scarves, and towels can be thrown for temporary storage. with gripping rubber feet and legs designed for balance, the valet can be leant against the wall to stand without the need for additional attachment.

alternatively, because ‘kammerdiener’ is produced in two models, each with a different style of front arm, two of the valets can be assembled together into a standalone device by simply sliding the arm pieces into one another to form a traditional timber joint. 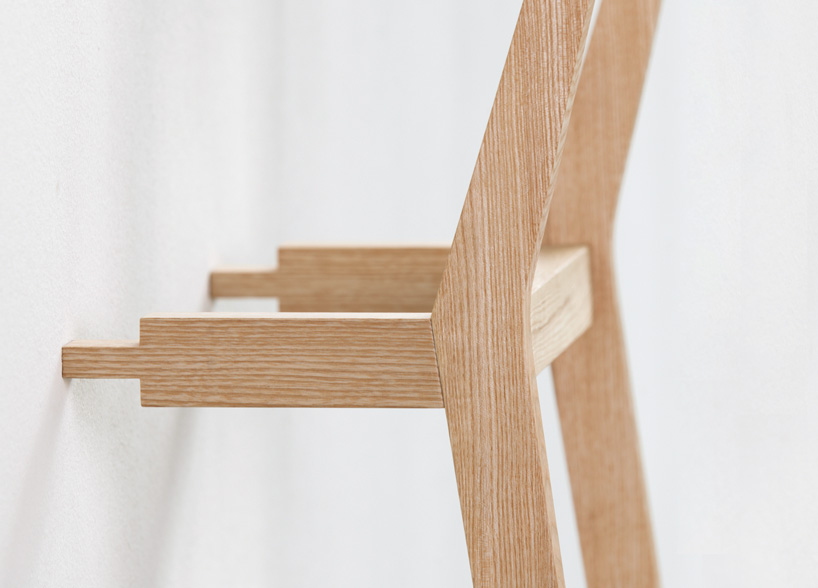 detail view of one arm style, designed to compose half of a timber joint 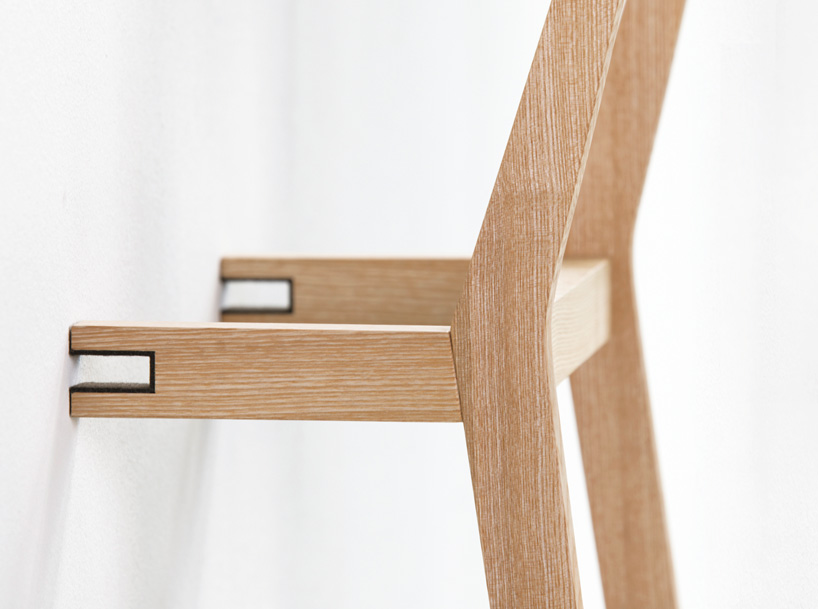 a removable tray that fits within the chair’s structure offers a place for small objects and accessories, or can turn ‘kammerdiener’ from storage rack into lightweight table. 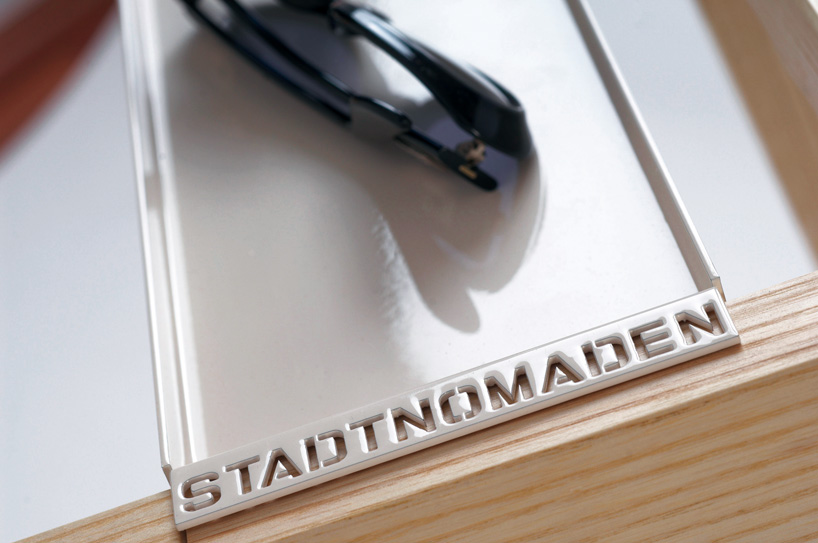 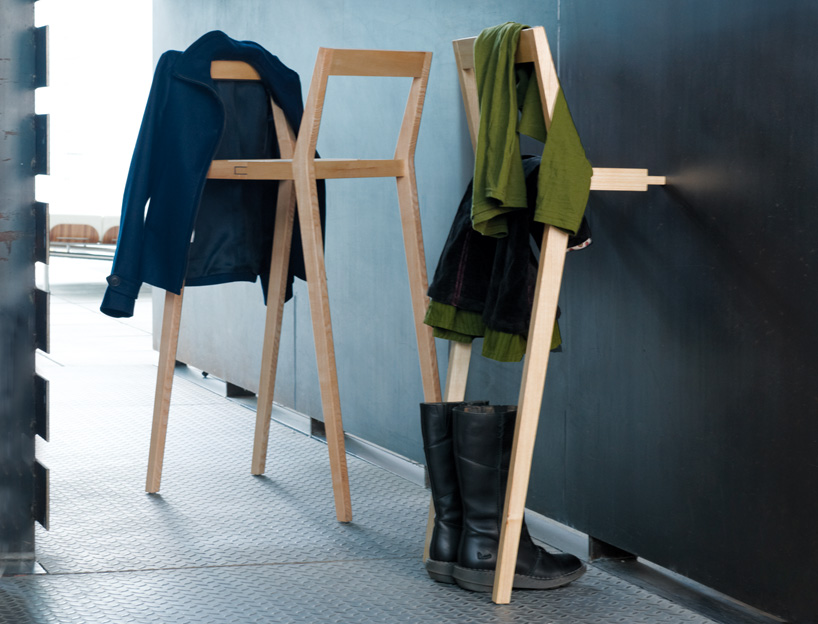 ‘kammerdiener’ in use, at left as a standalone pair; at right leaned against the wall 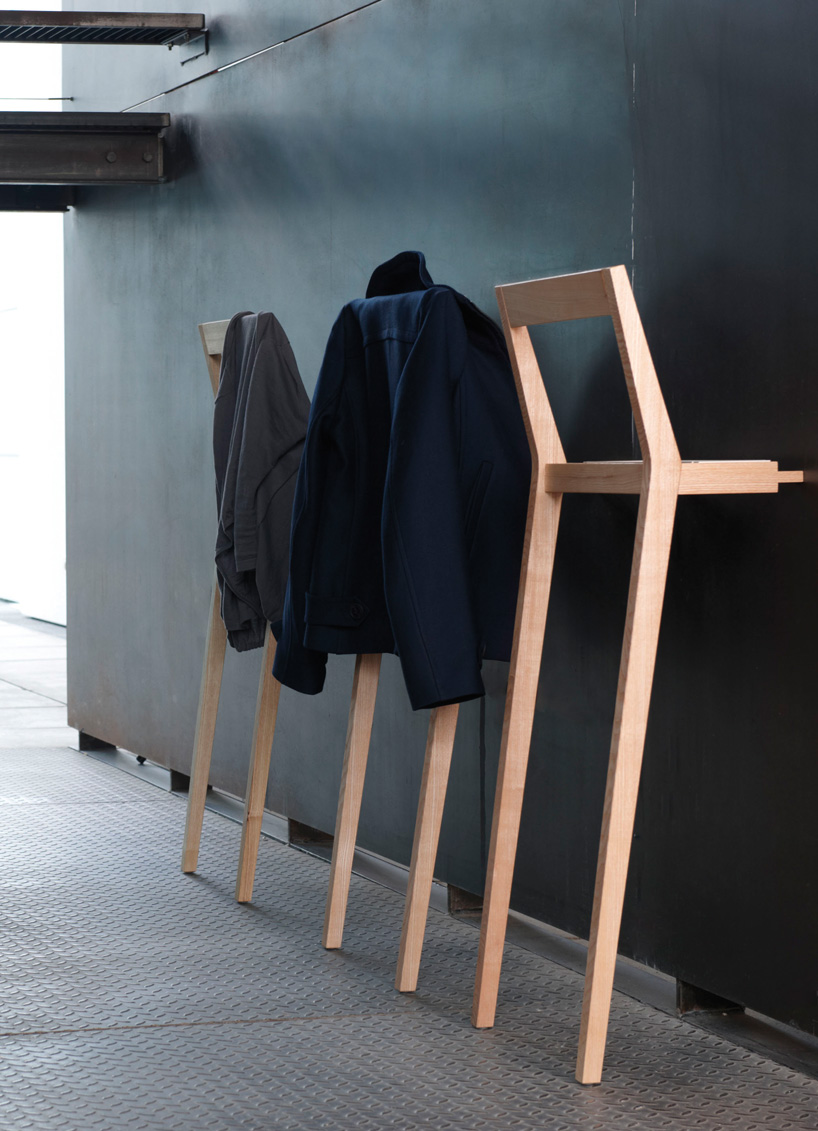 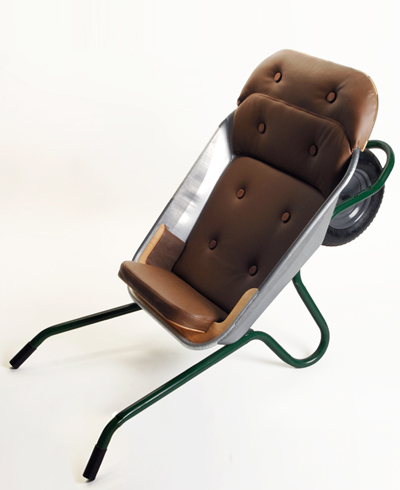 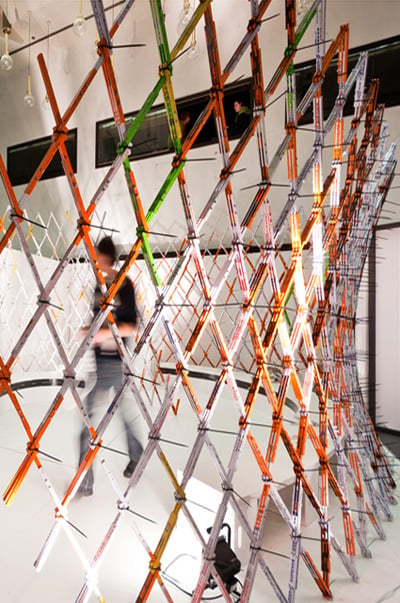 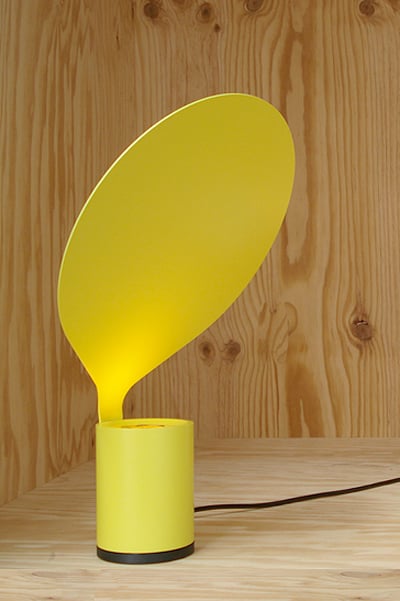 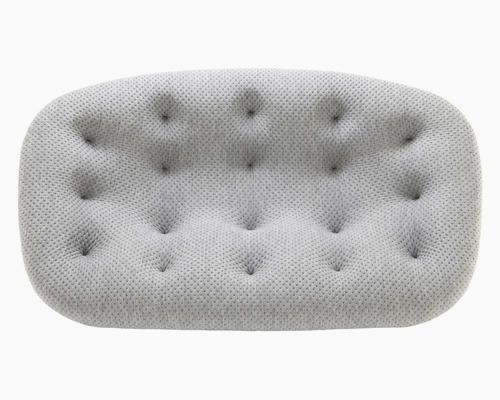