get ready, star wars fans — disney has announced that the star wars: galactic starcruiser hotel will debut at walt disney world resort in florida on march 1, 2022. designed to offer an immersive hyperspace adventure, the themed hotel will welcome guests on the iconic halcyon starship, to guide them through their very own interactive star wars story. bookings will be available from march through september 2022, while the first round of reservations opens on october 28, 2021. 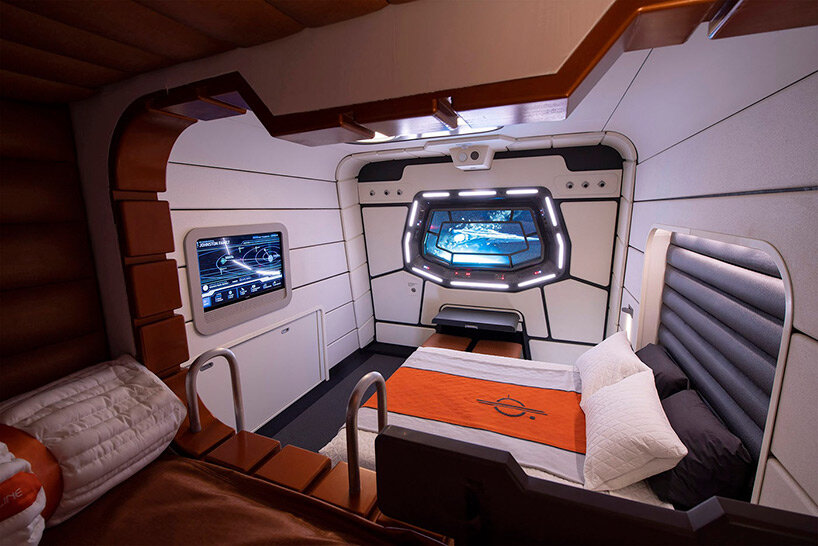 a mock-up of the star wars: galactic starcruiser cabin

all images courtesy of disney

not just a star wars-themed hotel — a complete experience

upon arrival, guests will be able to board a launch pod near disney’s hollywood studios before making the hyperspace jump and going on a two-night immersive adventure on the halcyon ship. along the way, the ‘windows’ will reveal mesmerizing scenes of outer space, as well as the starcruiser in the distance. once the capsule arrives at the halcyon, the doors of the pod will open to unveil the atrium, designed to make visitors feel that they truly are star wars characters standing on the iconic spaceship.

on this one-of-a-kind journey, visitors will have the opportunity to enjoy a series of exclusive amenities and experiences. guests of all ages will get acquainted with the traditional art of wielding a lightsaber and put their skills to the test. they will also be invited to explore the bridge of the ship, where all the navigation and defense systems are located. after all that hard work, there’s a place to relax called the sublight lounge, as well as the crown of corellia dining room. this name is a tribute to corellia, a planet known for its famous shipyards that were the origin of not only the halcyon but also the millennium falcon. 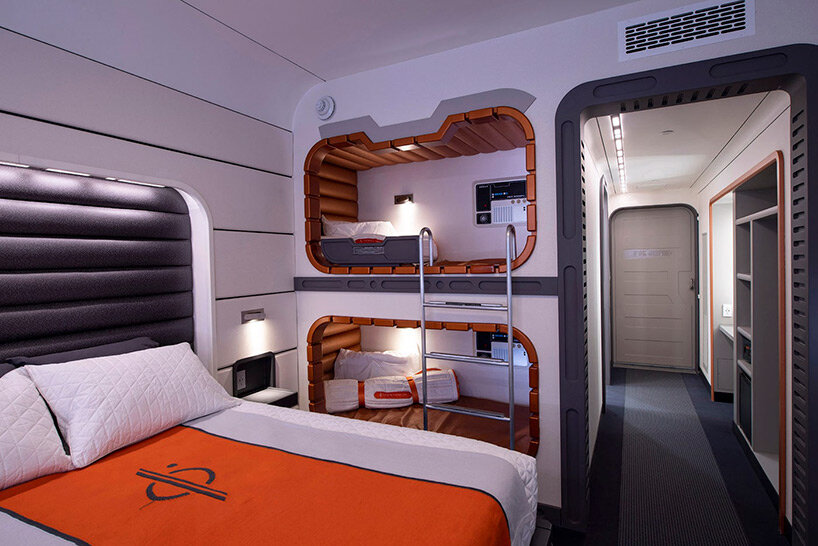 a mock-up of the star wars: galactic starcruiser cabin

the starcruiser cabins and suites

the ship is designed for a smaller, more intimate group of passengers, including 100 total cabins and suites in total. disney (find more here) has released details about the three types of accommodation that will be available for hopeful jedis and resistance fighters. firstly, the standard cabin will be able to house four to five passengers, ensuring comfort while traveling throughout the galaxy. it will feature a pullout table and a TV with entertainment from planet earth, as well as a ‘window’ with a view out into space.

in addition, galaxy class suites will offer a spacious living space with one bed, an integrated seating area, a double vanity bathroom, a bar area, and two windows with views out into space. meanwhile, the two-bedroom grand captain’s suites will provide ample room for the whole family,  with all the comforts of the standard cabins, plus a main suite with a double vanity bathroom, a second bathroom with a single vanity, a bar area, three windows, and a few extra star wars surprises. 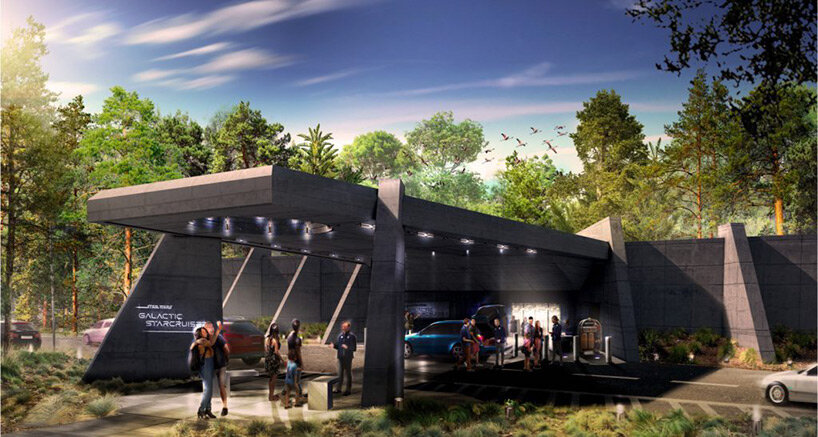 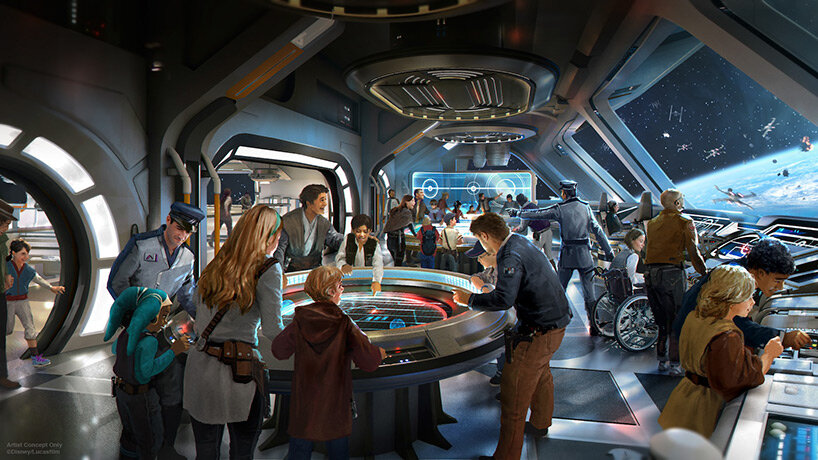 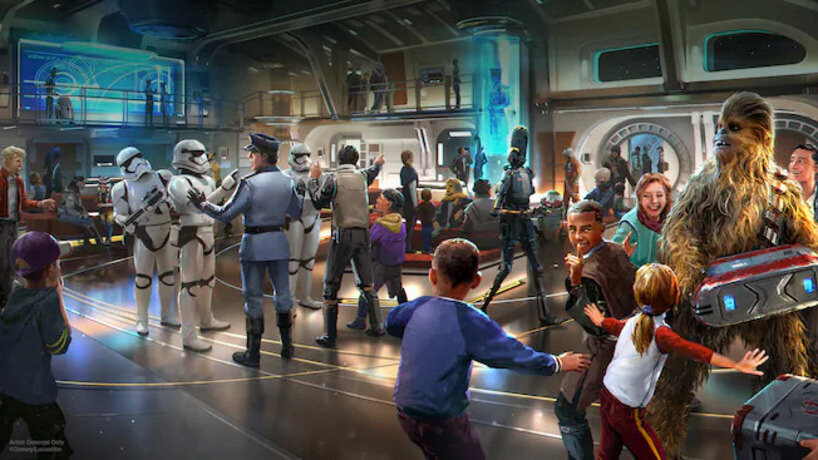 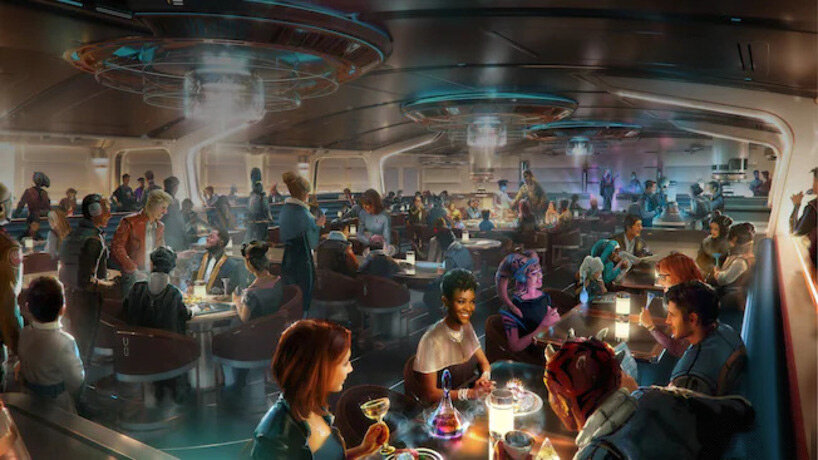