yesterday, we received word from ‘droog event 2: urban play’ curator scott burnham, that less than 24 hours after the opening of the experimentadesign event, stefan sagmeister’s installation was no longer in existence. a resident living in one of the surrounding buildings called police to report someone had been stealing the coins. when police arrived on scene, their response was to remove all of the remaining coins to prevent any further actions happening to the artwork. all that was left was a slab of gray concrete. via stefan sagmeister’s weblog we were able to to view images of the work’s tragic end. luckily, anjens was there to document. 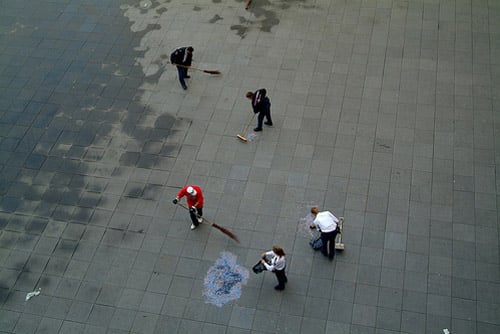 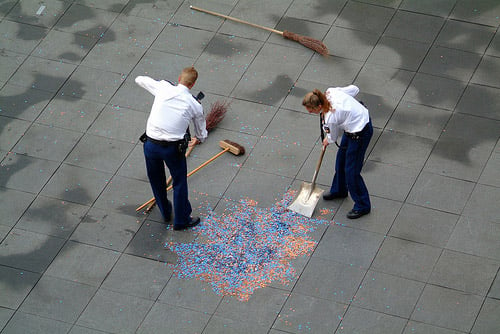 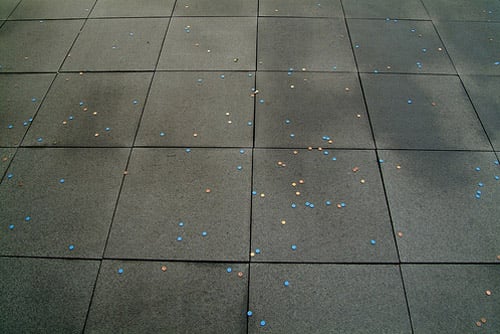