steven jacobs looks at the architecture of alfred hitchcock
all images courtesy of nai010 publishers, rotterdam, 2013

the architectural historian should address the imaginary architecture of cinema.

this is the view of steven jacobs, the author behind ‘the wrong house: the architecture of alfred hitchcock’, a book which studies in detail the role architecture played throughout the british director’s considerable catalogue of films. having worked as a set designer in the early part of his career, hitchcock remained closely involved with the art direction of his work, which features a remarkable range of buildings – from victorian manors to suburban dwellings. 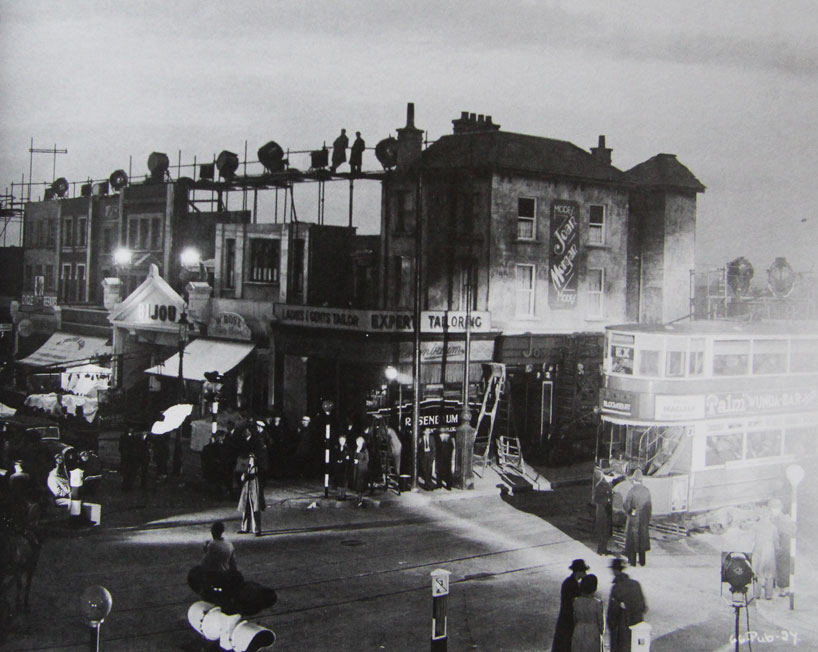 discussing set design hitchcock stated that, ‘a rule I’ve always followed is: never use a setting simply as a background. use it one hundred percent. (…) you’ve got to make the setting work dramatically. (…) In other words, the locale must be functional’.

taking the form of a conventional monograph, the book examines many of the famous sets featured in hitchcock’s movies, presenting for the first time original floor plans alongside behind the scenes photos. the author situates the fictitious structures within the historical and theoretical architectural context. hitchcock’s ‘architecture’ is an achievement of art direction and production design. consequently, the sets and their construction are discussed alongside their designers and decorators. however, the manual also deals with the way the director creates cinematic space by the means of visual devices. 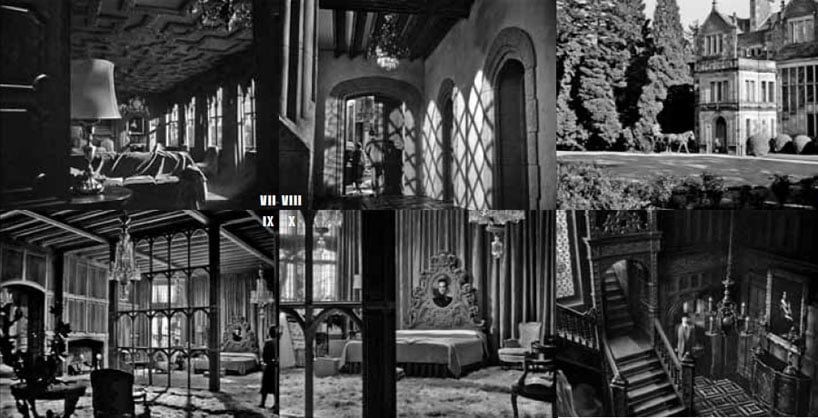 digital frames from the paradine case

‘this book takes hitchcock as an architect. its starts from the absurd premise that all the important buildings in his films are designed by one and the same architect whose oeuvre includes a modernist villa in south dakota, a manhattan penthouse, a london apartment, a suburban house in a californian small-town, numerous victorian mansions, and a colorful collection of other buildings’, steven jacobs, taken from the book’s introduction. 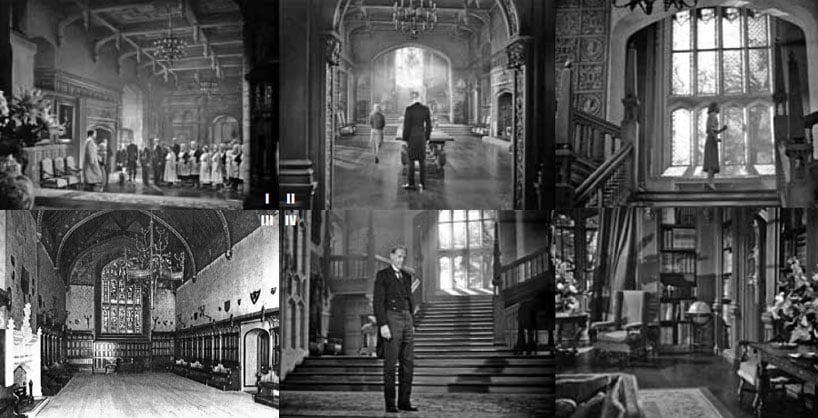 ‘cinematic spaces unmistakably play on the ways in which, for instance, attics basements, and bedrooms hold different roles in our daily and imaginary lives. in relation to the film’s plot and characters, cinematic spaces evoke the places where we all have lived, grown up, felt comfortable or alienated, and had a feeling of wonder or fear’.

aware of this, hitchcock cleverly employed space throughout his films, expressing his fondness of architecture through his own unique world view and portrayal of humanity. as jacobs states, ‘the art of framing characters within dietetic architecture, cinema also creates architecture though the camera. in the process of creating cinematic space phenomena such as lighting, sound, editing, camera positions, and camera movements can and should be interpreted as architectonic practices’. 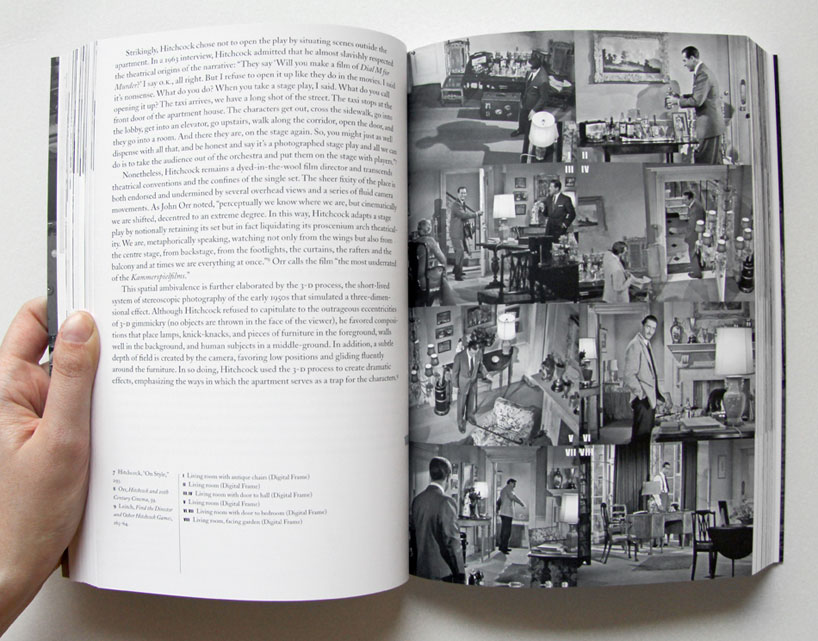 the informative and engaging book takes the reader on a journey through alfred hitchcock’s career, documenting and compiling the important set designs which form the backdrop to his extensive repertoire. going behind the scenes of some of hitchcock’s best known works, original plans and images reconstruct the suspenseful world of his psychological thrillers. the comprehensive publication forms an essential reference point for anyone interested in the films of the great british director. 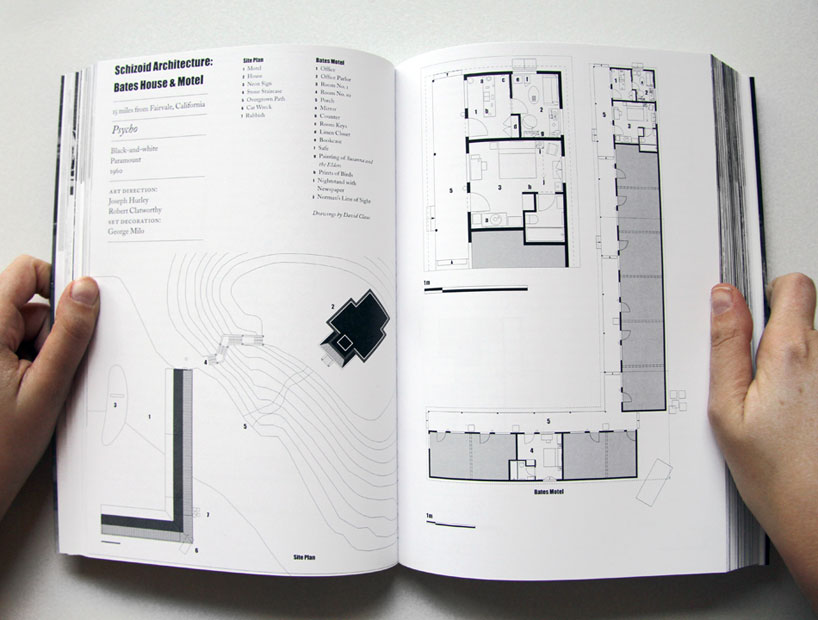 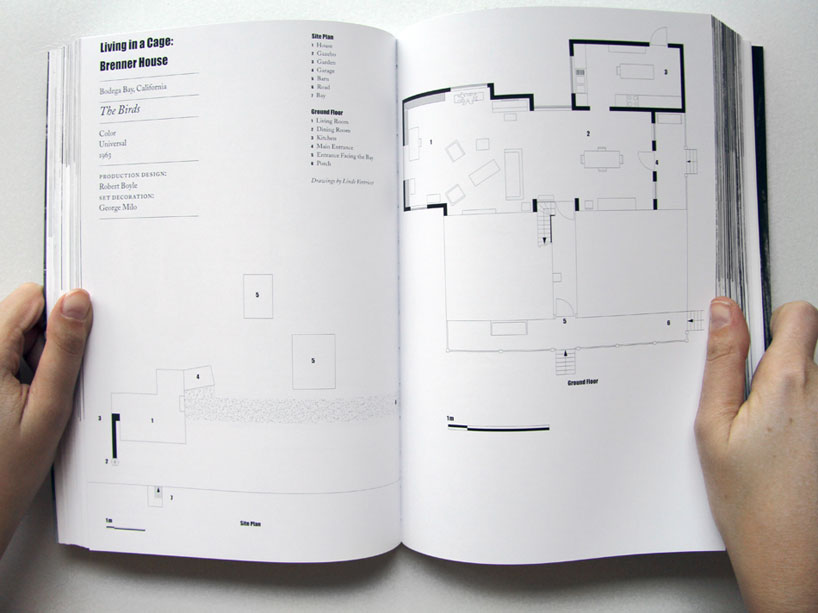 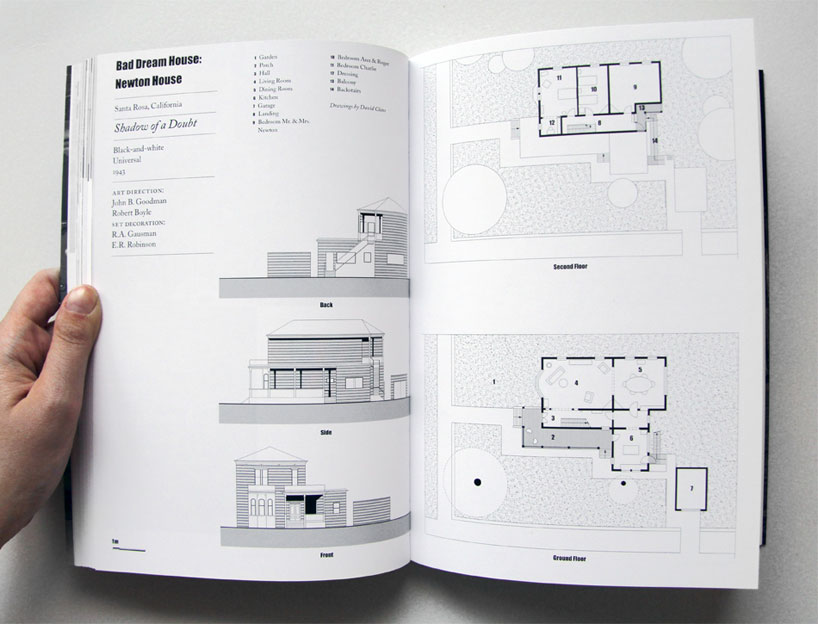 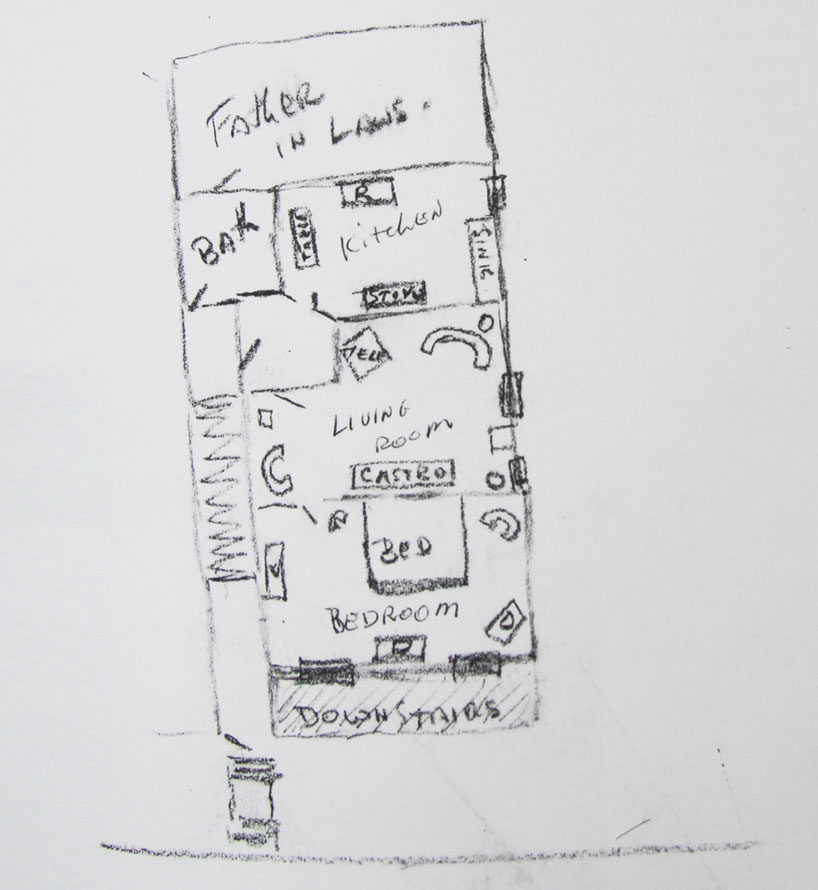 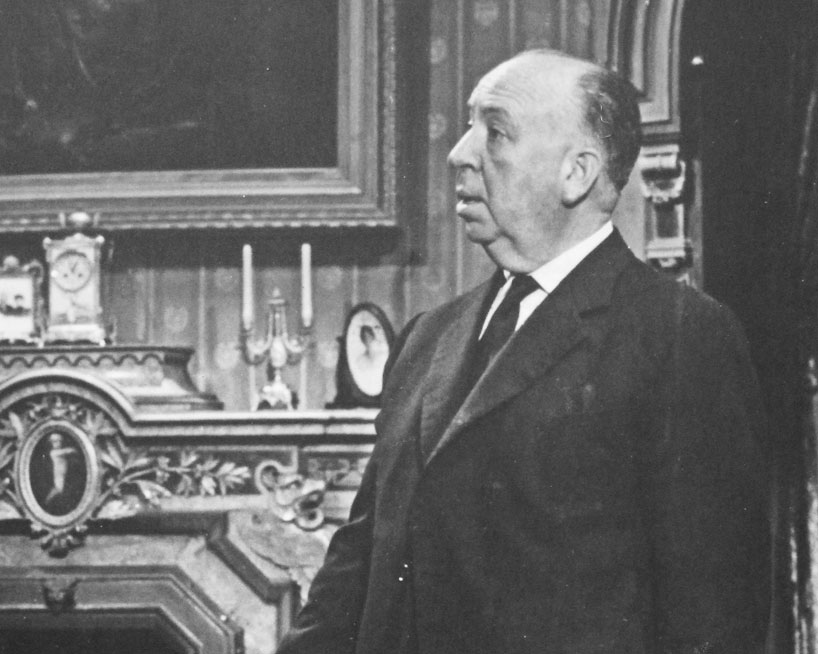 hitchcock on the set of bates house, psycho (1960) 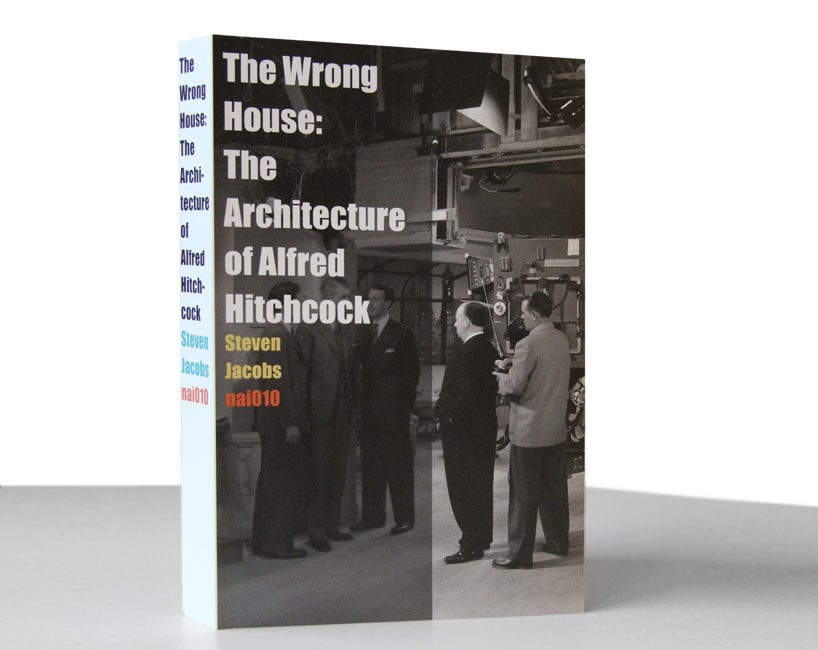 ‘the wrong house: the architecture of alfred hitchcock’, written by steven jacobs and published by nai010 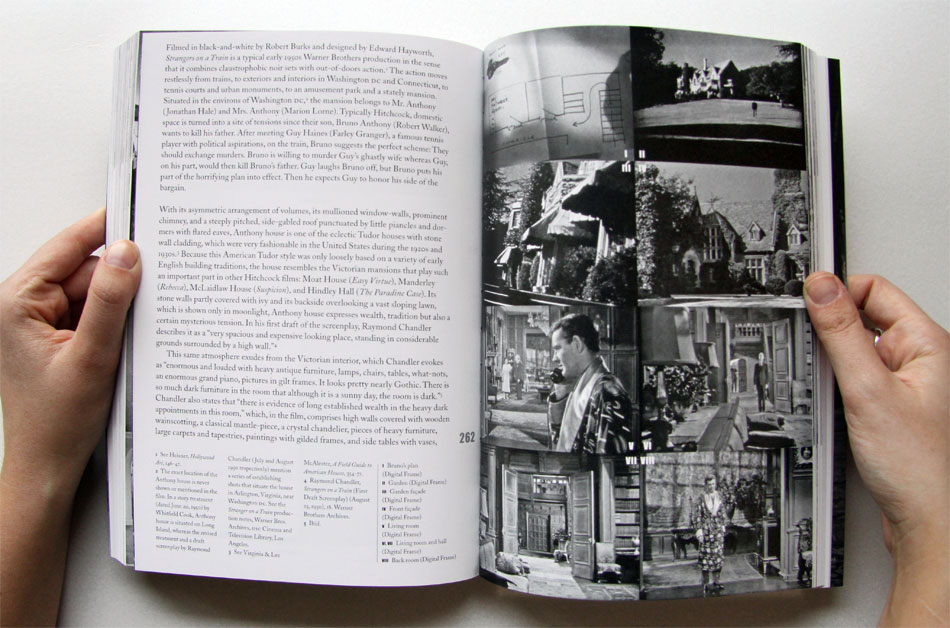 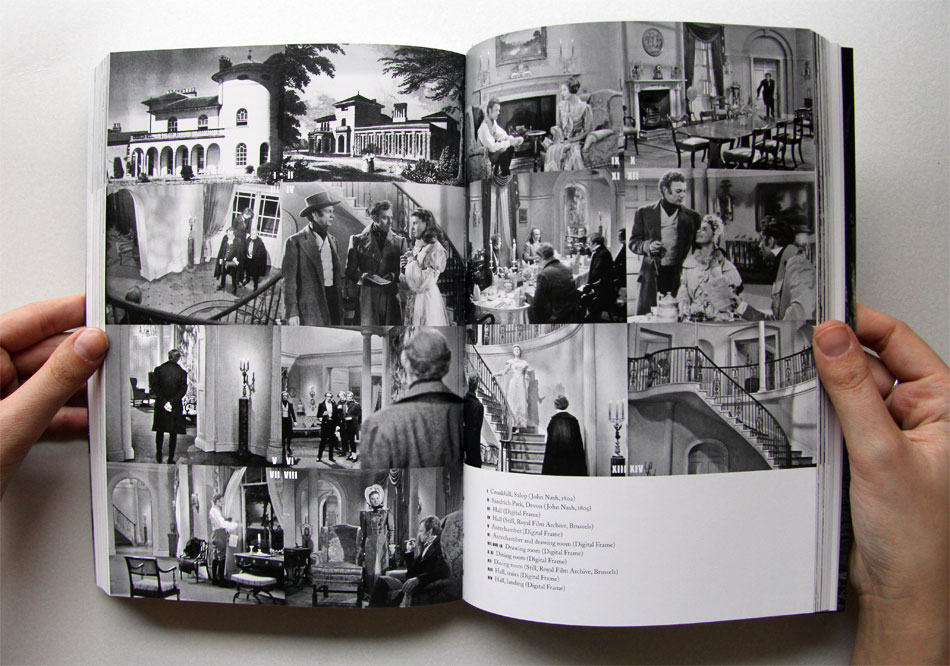 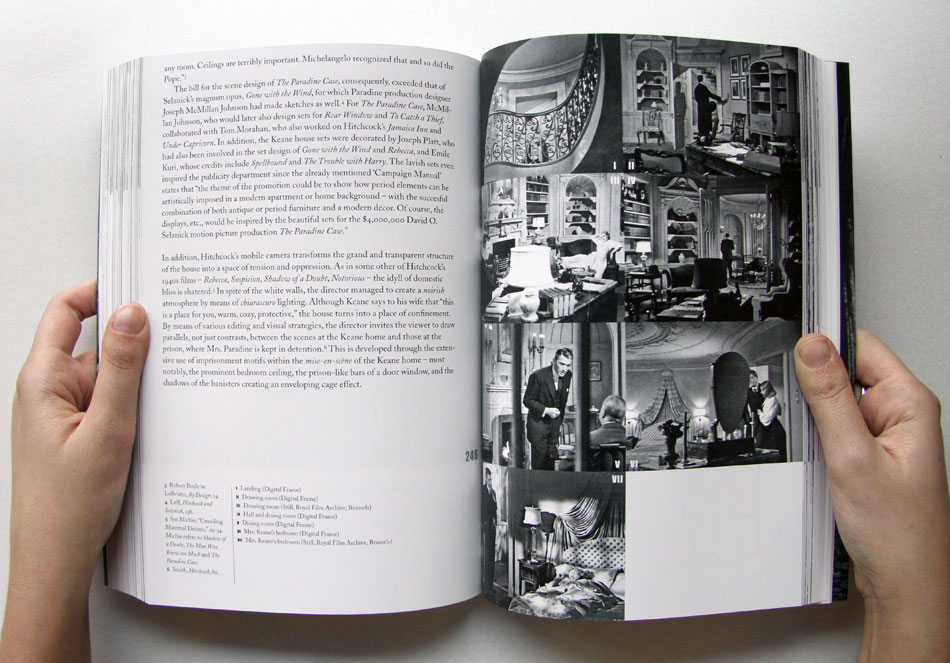 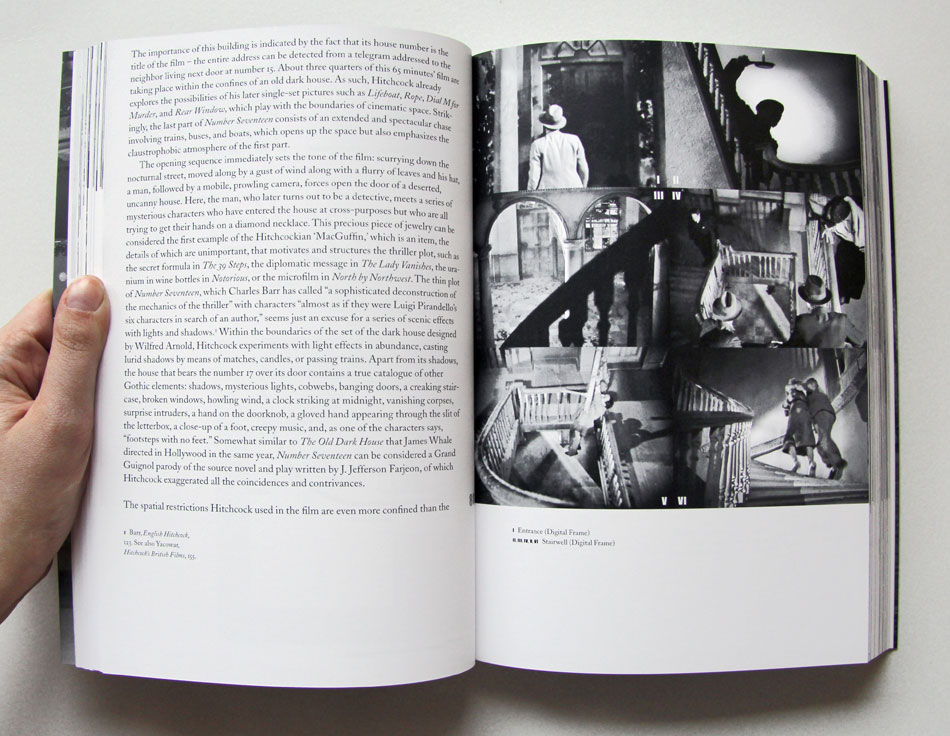