‘strand east’ in london is a 26-acre urban planning project by IKEA, expected to be completed around 2018

on a former industrial site located just south of olympic park, IKEA is constructing a 26-acre (about 11 hectare) neighborhood, comprised of 1200 homes, a courtyard marriott hotel, and 620,000 square feet (58,000 square meters) of restaurants, shops, and offices, as well as a school, nursery, and health-care facility. the urban plan is designed to prevent residents from needing to drive to accomplish daily errands, and includes pedestrian-only streets and zones as well as dedicated cycling routes. underground parking offers a clean feel to the future district, and some reports suggest that garbage collection will likewise be accomplished via underground tunnels.

the creative hub of dane’s yard, including restaurant and exhibition space, is expected to open in june/july 2012. construction on the rest of ‘strand east’ is planned to begin in 2013, with an expected timetable of five years for completion. read more below or explore the city plan virtually at the ‘strand east’ web portal. 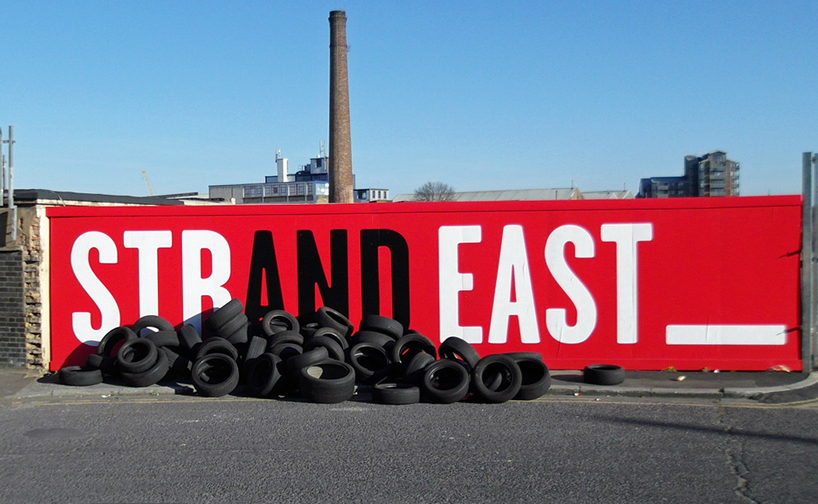 ‘strand east’ is divided into the ‘commercial quarter’ to the northwest and ‘northeast quarter’; the ‘residential quarter’ which occupies the majority of the central land and is bordered to the west and east by designated ‘riverside quarters’; and the the southern tip of the site, called the ‘hub quarter’, featuring a waterfront plaza. the plan designates five acres of open space, in the form of waterfront parks and interior courtyards.

special other developments include a ‘creative zone’ incubator and grayson’s restaurant in the north east quarter, centered around dane’s yard; and a ‘walk of chimneys’ that preserves historical buildings and celebrates the site’s industrial heritage. the plan for dane’s yard has already been approved by government officials and work has already begun on the zone, which will feature a 40-meter tall illuminated sculpture. 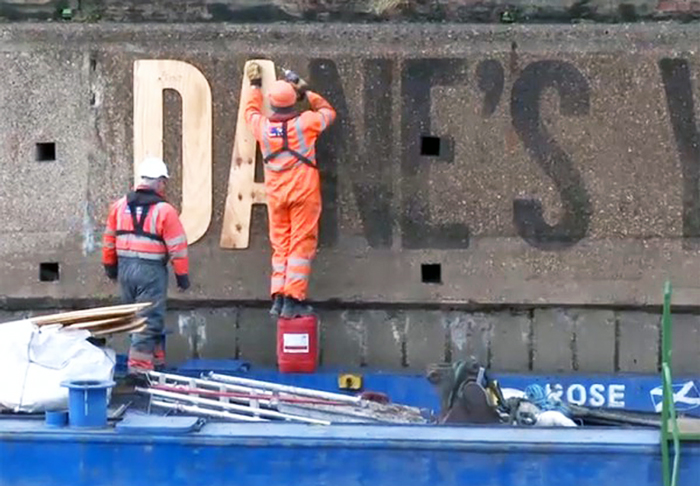 workers begin refurbishing the area of dane’s yard, set to be the creative hub of ‘strand east’ 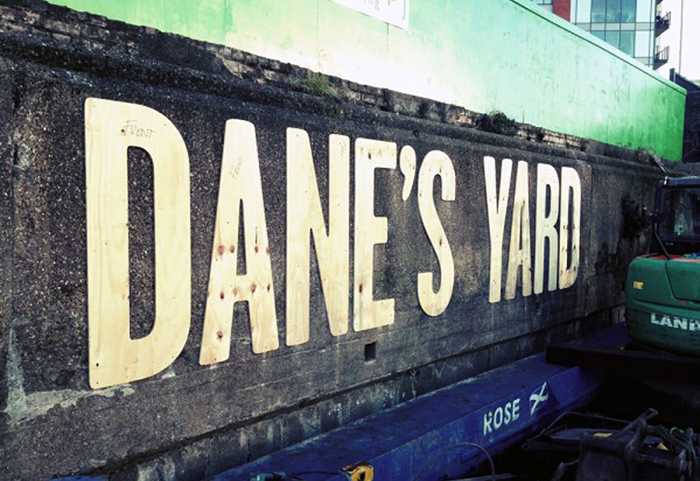 as ‘strand east’ is bordered by water on two sides, landprop will construct a new eastern bridge to connect the neighborhood to central london, as well as pedestrian, bike, and bus routes to the south towards the queen elizabeth olympic park underground station.

15% of the 1200 houses to be constructed are dedicated affordable housing. in general, the proposals intend to construct homes in a range of styles and locations, mostly all about four storeys high, with a small number of edifices ranging across 7, 11, and 16 -storeys.

as the globe and mail reports, project manager andrew cobden suggests that they will help promote events like farmer’s markets and antique shops, with the plan to ‘give the residents an events calendar that arrives on their doorstep of things that are happening– and that kind of creates a sense of place. we’ll shape it rather than force it on people– but we’ll be trying to knit the community together.‘ 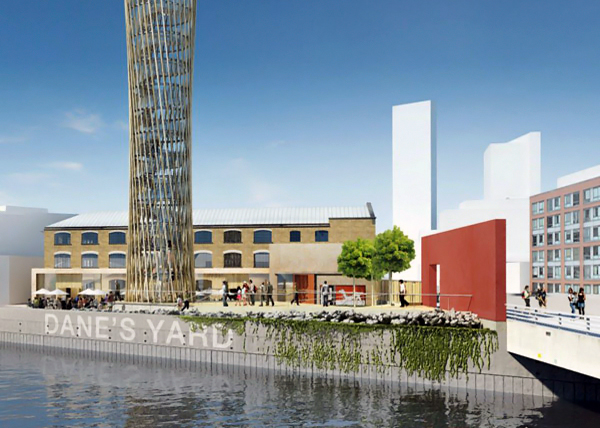 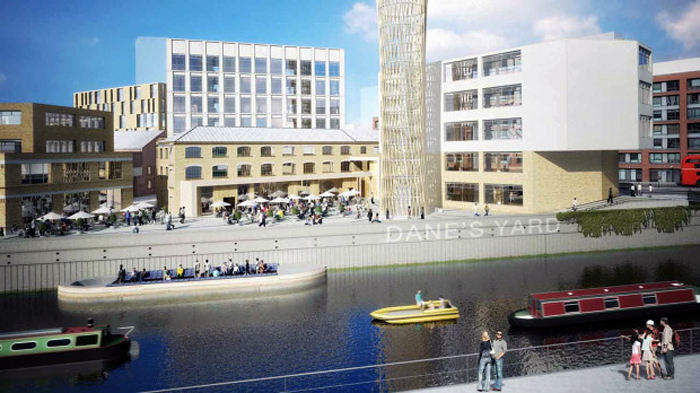 render of city view from the northeastern creative zone

‘sustainability– social, economic and environmental– is at the heart of these proposals,‘ explain the developers. ‘landprop’s approach to sustainability is to focus on and deliver positive, people-centred outcomes. this is not an add-on, but central to the design, construction and management of the scheme.‘

about the proposals mayor of london boris johnson remarked: ‘this is yet another great example of the 2012 legacy rippling out of the olympic park and across east london. it will help create a vibrant quarter within the brand new district we are creating in london, providing much needed family-sized housing and new jobs. this huge investment shows the extraordinary confidence that exists for both this part of the capital and the future of the whole of london’s economy.‘