the streets of southern tel aviv have served as home to a variety of small workshops from metal spinning to carpentry and upholstering. as the younger generation is no longer in need of their craft, longtime storefronts are on the verge of going out of business.

simultaneously however, the same urban landscape threatened with decay is slowly rejuvenated by spontaneous and vibrant wall art, as a result of young designers opening new workplaces in the small alleys. located in this area, ariel zuckerman studio has initiated the ‘street capture’ project in an effort to combine the vanishing world with the current creative style. the team has attached wooden boards to the walls, supplying a clean canvas for graffiti artists.

each morning, the team discovered something new: sometimes the surface remained untouched, other times only a few penciled lines were added. ‘it took several nights before we deemed the results to-be complete.‘ they describe ‘we didn’t to say anything to anyone, as we were curious to see how it would evolve in the most ‘natural’ manner.‘ 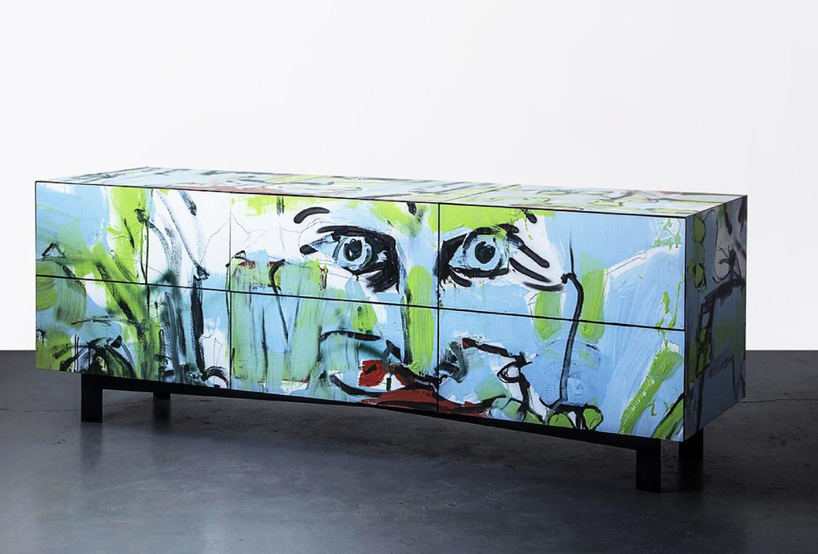 a chest of drawers, made from the painted surface

finally, a satisfaction with the layered works compelled the creatives to remove the boards, and give the graffiti an alternative interpretation by turning it into a 3-dimensional object ‘from a piece of graffiti to a useful piece of furniture, and from random night-time inspiration to a commemorated artistic time capsule.‘ a dresser ‘zerifin 35’ — which takes it namesake from the street address of the wooden board — along with bedside chests and a table are the first objects to be included in the ongoing series. 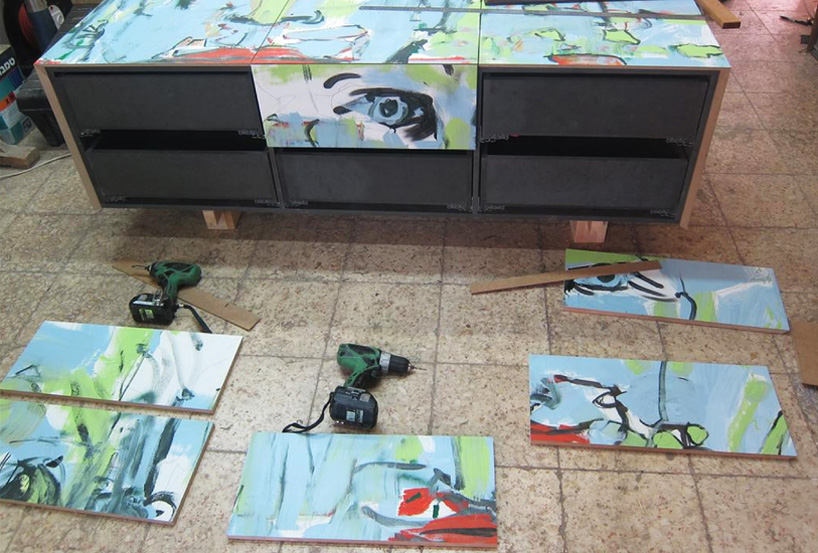 working on the wooden surface at the workshop 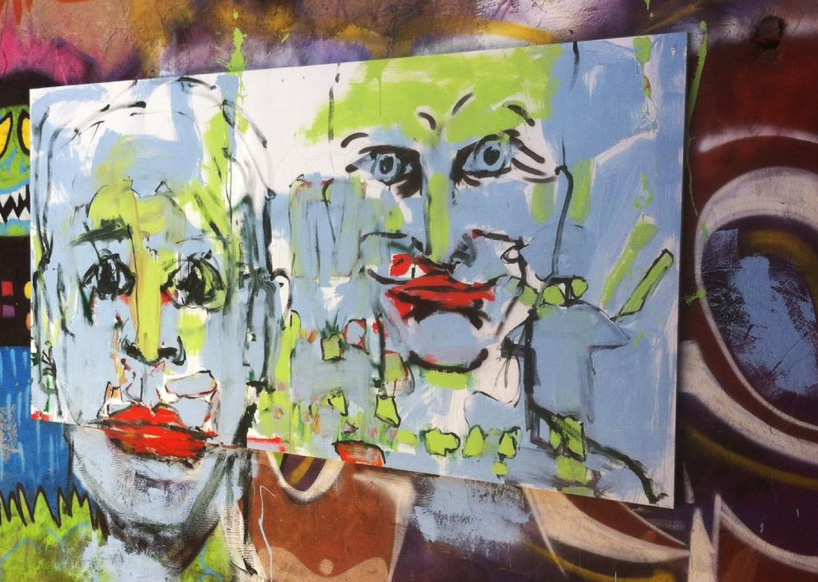 one of the most final versions of the canvas 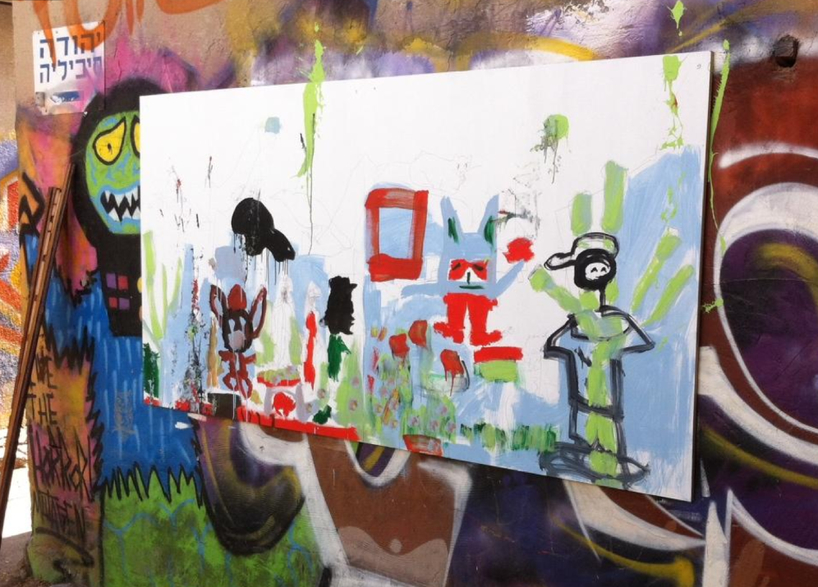 a few days after placing the faux-canvas on the street, sketches appear 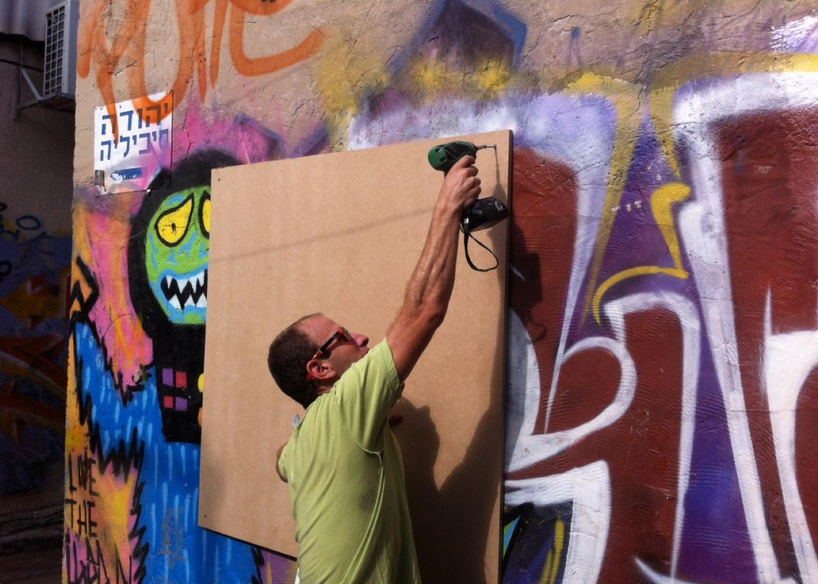 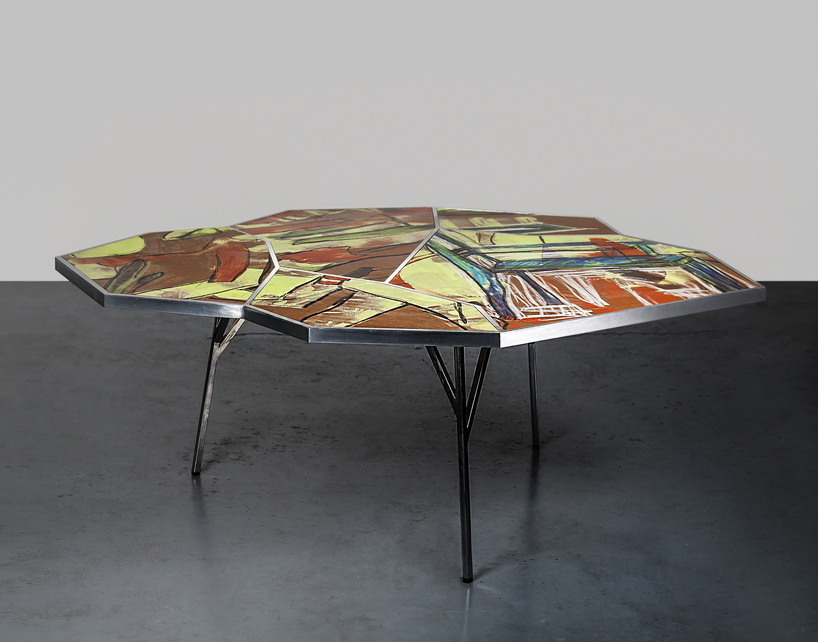 a table which was made from an additional wooden surface 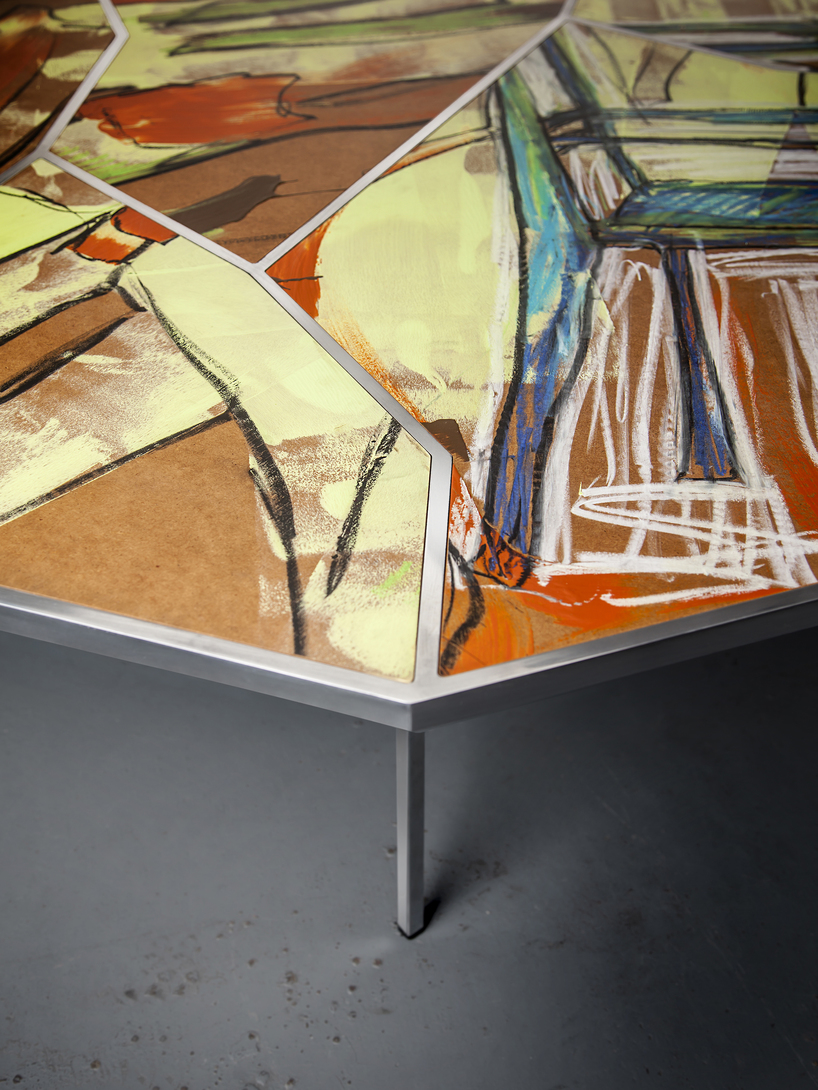 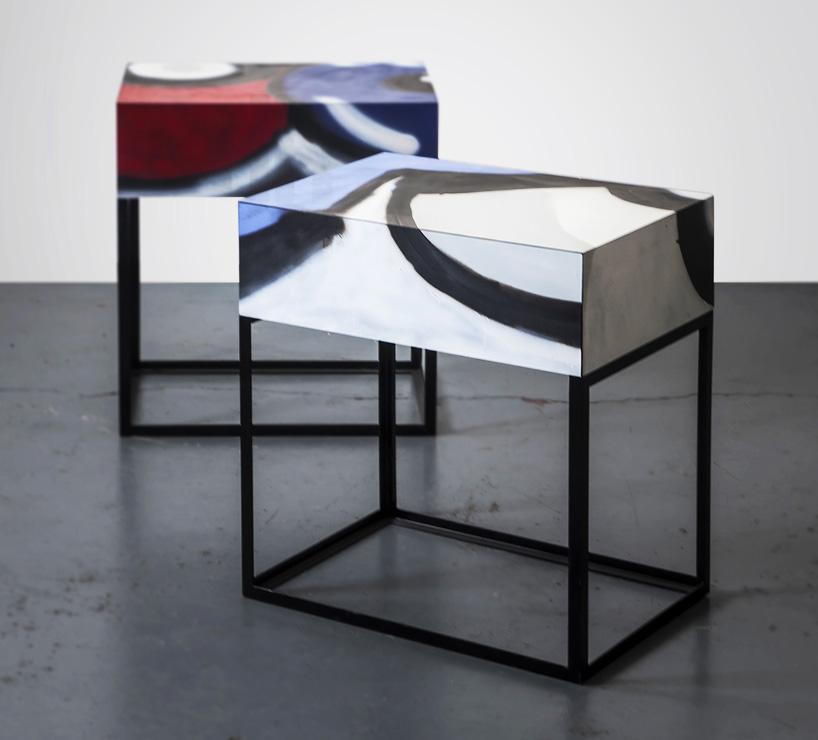 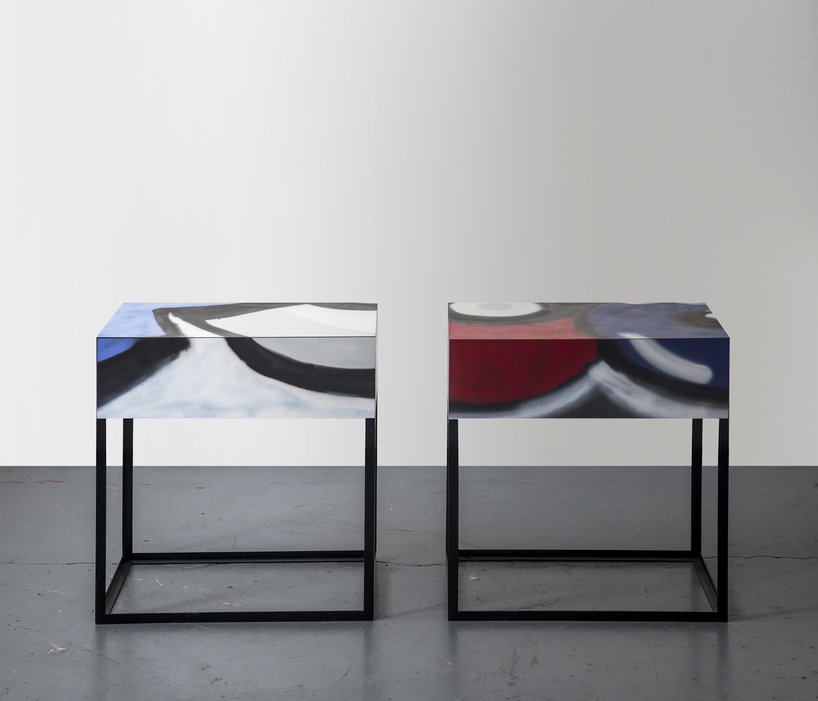