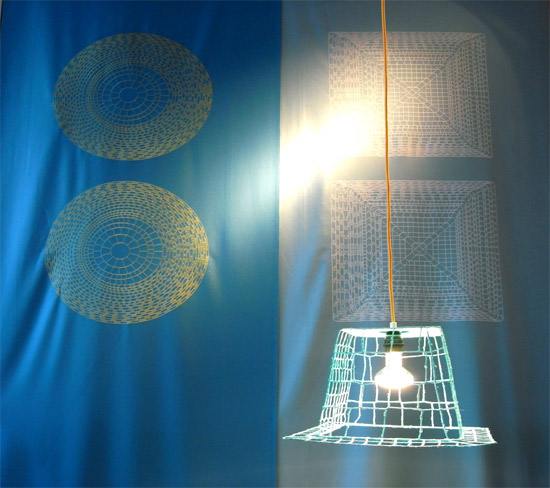 the collection made up of armchairs, stools and lamps transform 2 dimensional embroidery into a furniture object. while the switch of dimensions has always been a challenge for designers, the volumes here are carefully created for flattening through the support of softwares. the collection pieces are light and transparent with an appearance to float in space as 3d textile meta-networks. 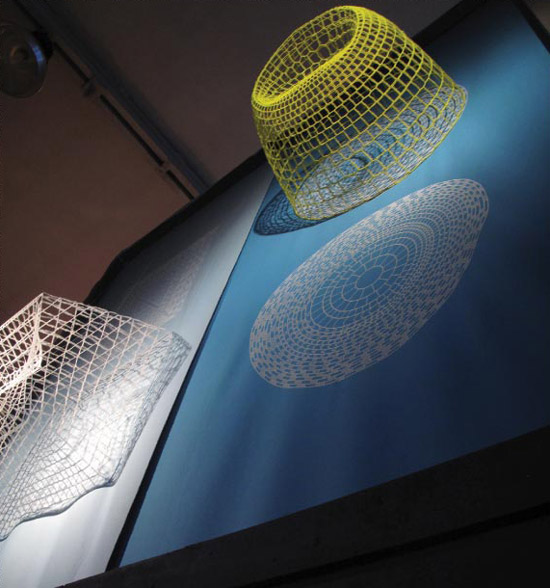 this new 3d textile pop-up technology is the result of a research developed with traditional german manufacturer in plauen, a region with a long tradition in stitching and embroidery. the combination of experimental design with a hidden traditional production is always a challenge for designers but remains an exciting field to develop new concepts. nowadays, the know-how of specialized technologies is more often found in the supplying industries than in the design brands themselves. 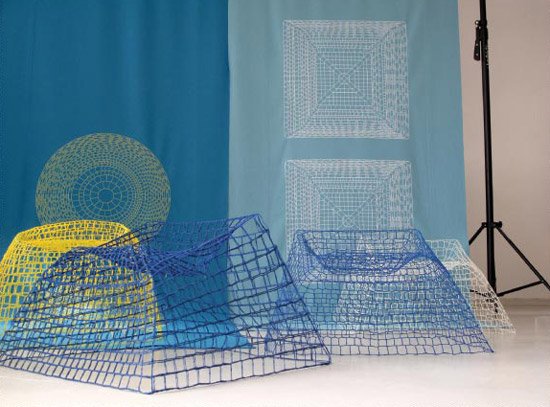 in the production of the ‘network’ collection, two major processes were involved. first, the volumes were translated with software into 2d projections. these projections were then programmed into machines which stitch the pattern into a carrying surface. upon dissolving the carrying surface, the embroidered 2d pattern becomes free to form a 3d object. 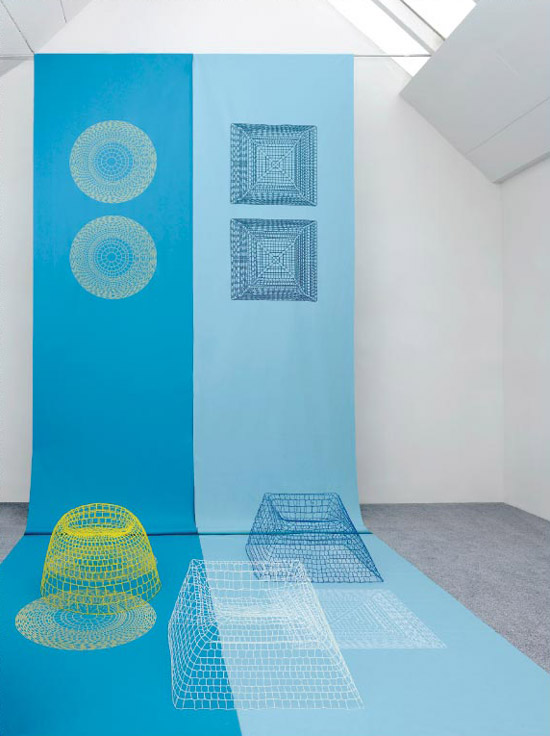 in the second step, the objects formed by the stitched honeycomb structures are fixed over a fiberglass mould and impregnated with resin in order to make them rigid and constructive. 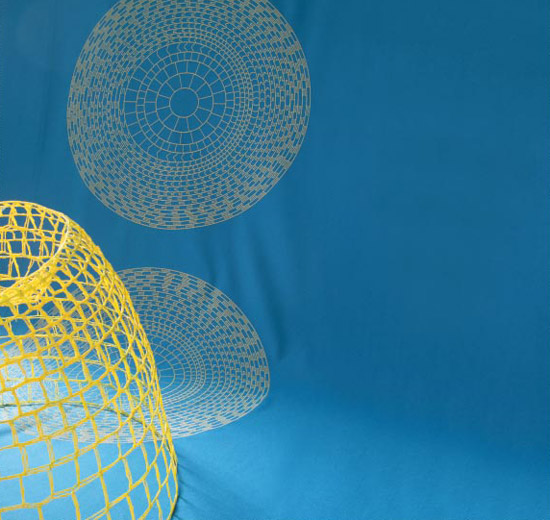 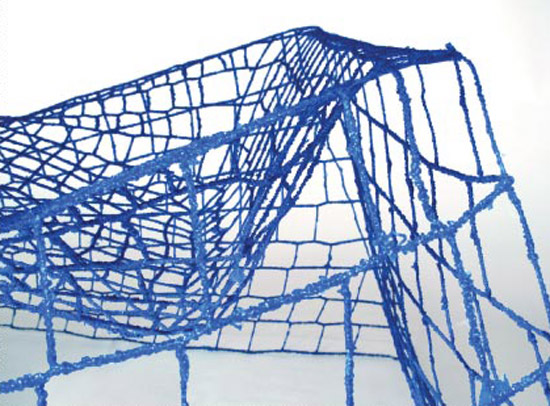 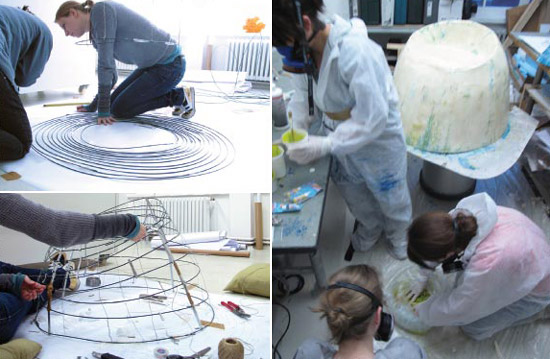 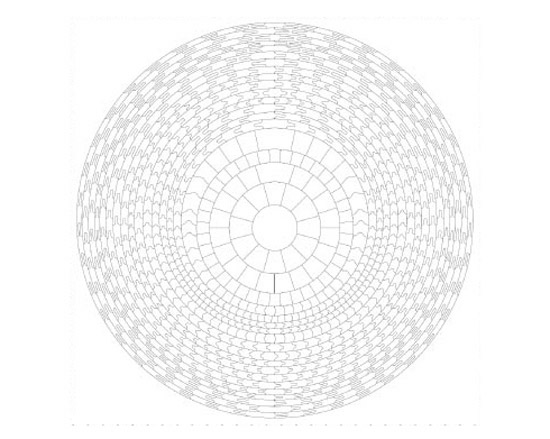 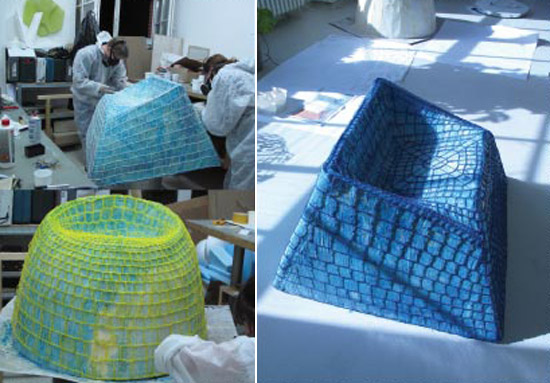 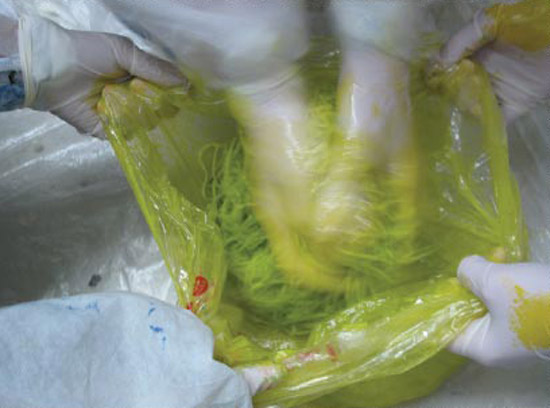 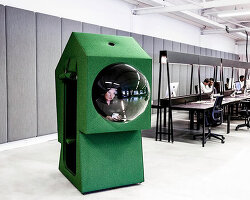 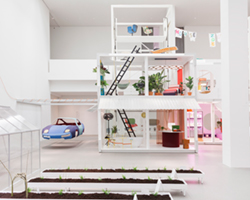 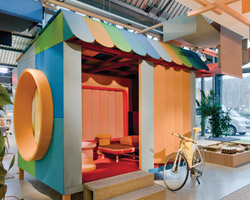 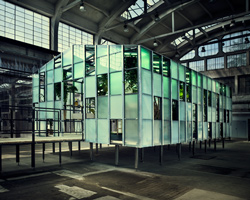