milan design week 2017: looking at the significance of objects as cultural conduits and highlighting their research-based practice, amsterdam-based studio formafantasma occupies the milanese venue spazio krizia, after several years of vacancy. the exhibition — called ‘foundation’ — presents a selection of objects from their ‘delta’ collection, developed for the gallery gusting stagetti, galleria o. roma, and a series of experiments with light, created for peep-hole, an independent art centre in milan. the resulting installation showcases a display of studies and the groundwork for current and future developments in the field of lighting. 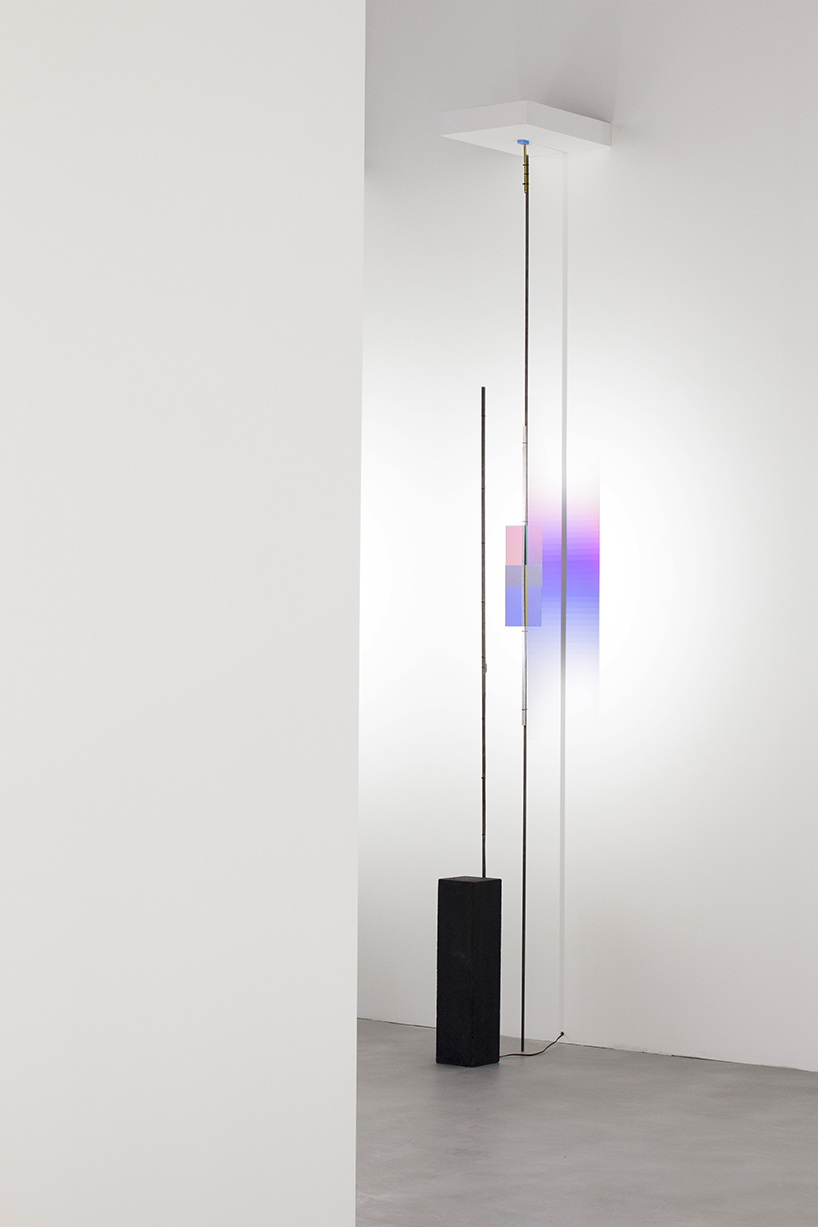 all images by masiar pasquali

established thanks to a coherent body of work that is characterized by experimental material investigations through which they explore issues such as the relationship between tradition and local culture, ‘foundation’ by studio formafantasma marks their transition into a more industrial direction. called ‘tests’, the numerically-divided experiments continue to demonstrate the duo’s intuitive and research-based process. thought-out as three-dimensional sketches, the luminaries are carefully assembled using pencils and erasers, as well as steel rods, bricks and insulation material, reinforcing the idea of experimentation. the LED strips are left visible and unfiltered, embracing the punctuated light as an opportunity rather than a limitation. the demanding investigation of light and the use of optics, mirrors and glass, finalizes in a collection of objects that reveals it’s deeper layers once the user takes a closer look. 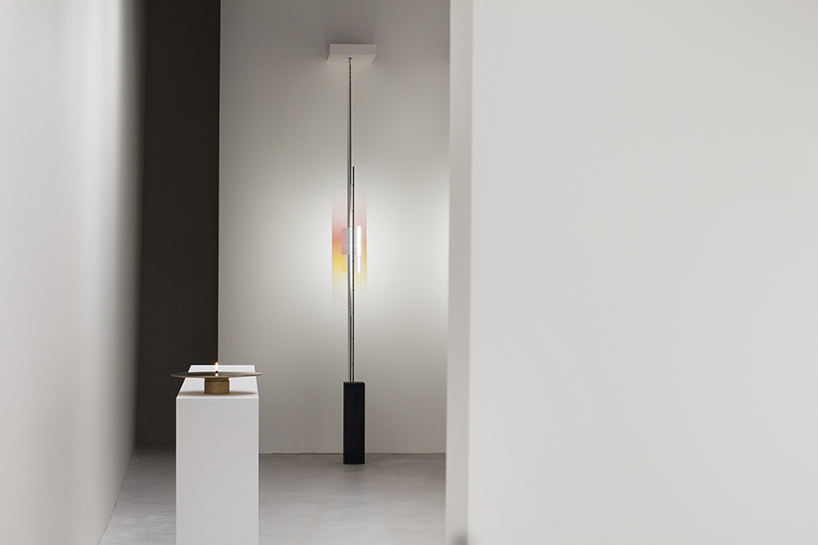 the lighting objects were created with a simple idea in mind: too add a layer of warmth to the cold and unsaturated winter months. to do so, studio formafantasma has created lamps that cast brightly-tinted reflections on walls, through the use of layered dichroic glass. another one casts a perfect round reflection on the floor, while others project brightly tinted reflections on the wall. in the end, ‘foundation’ is yet another example of the duo’s consistent focus on rethinking object typologies through material investigations. 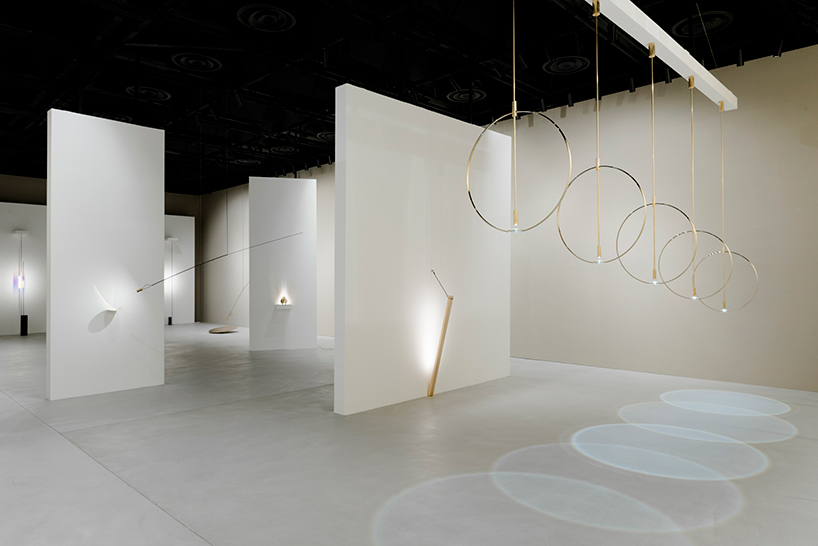 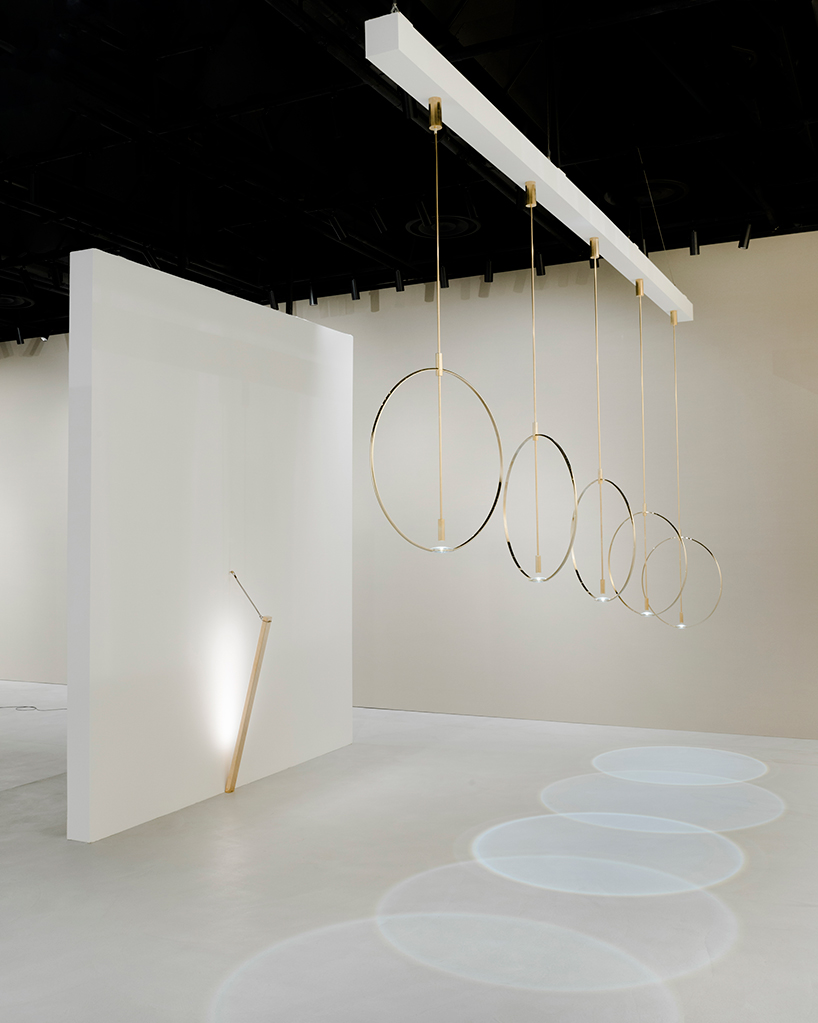 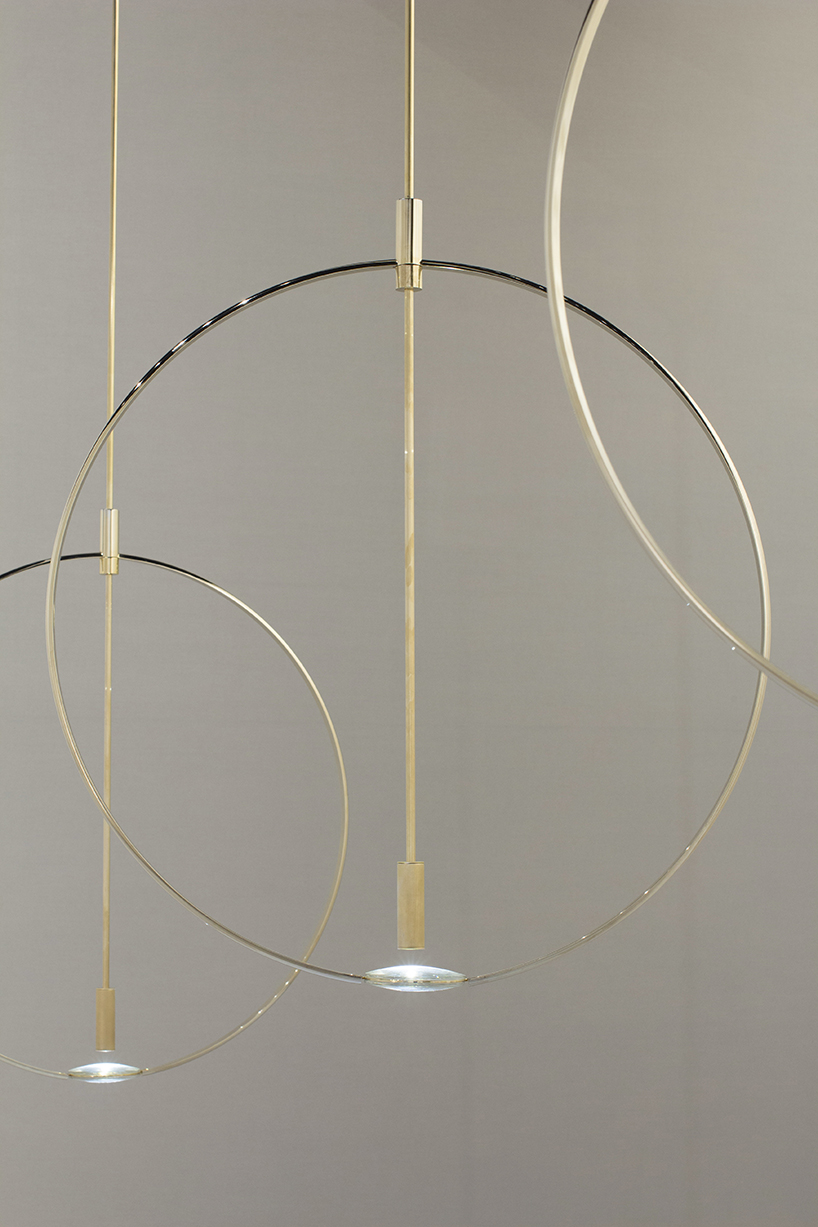 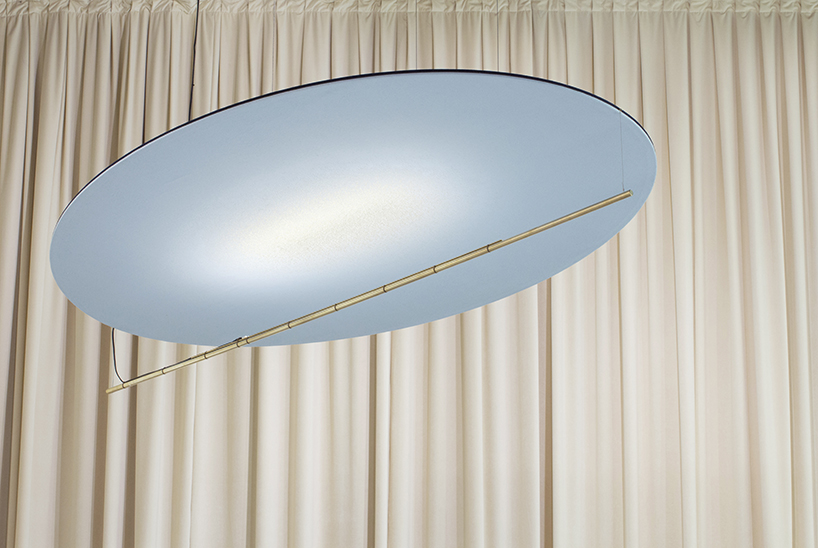 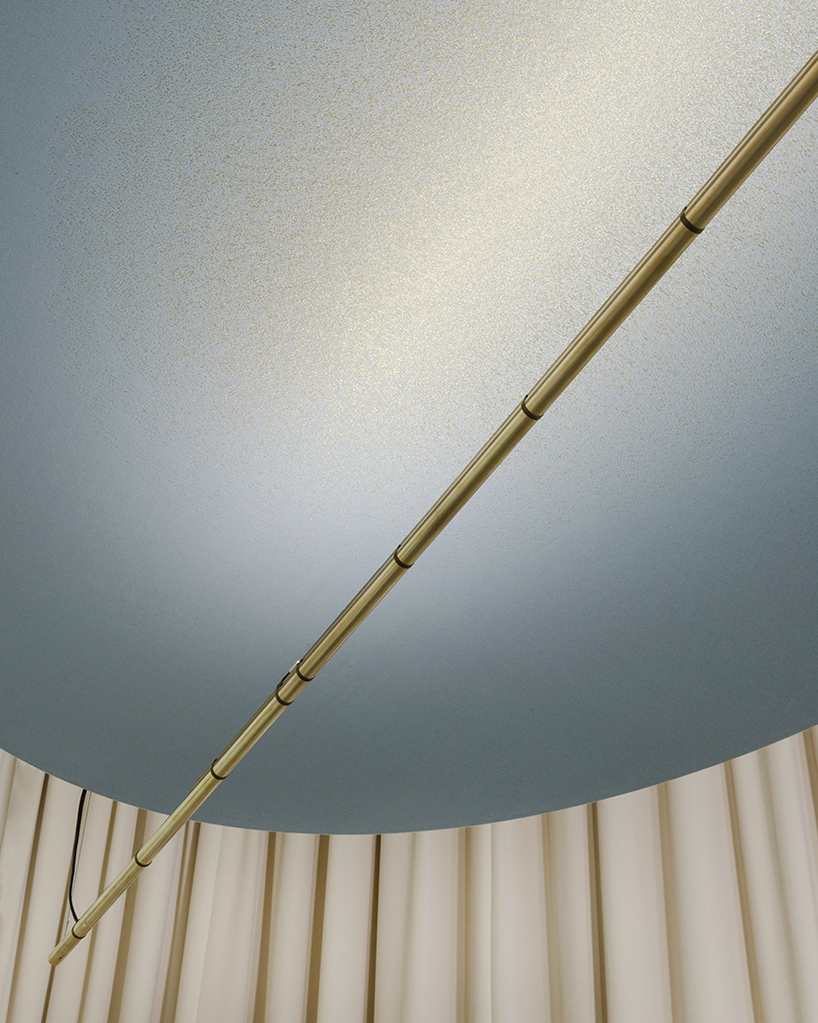 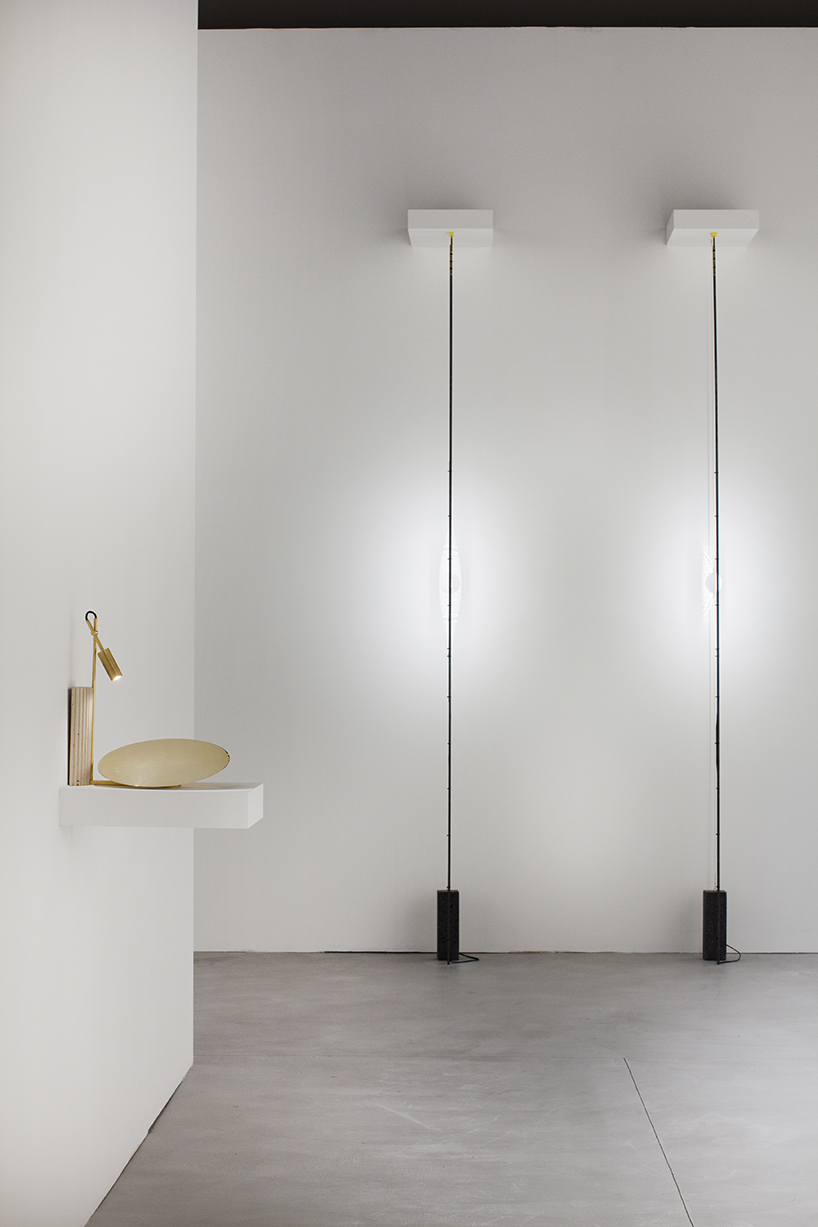 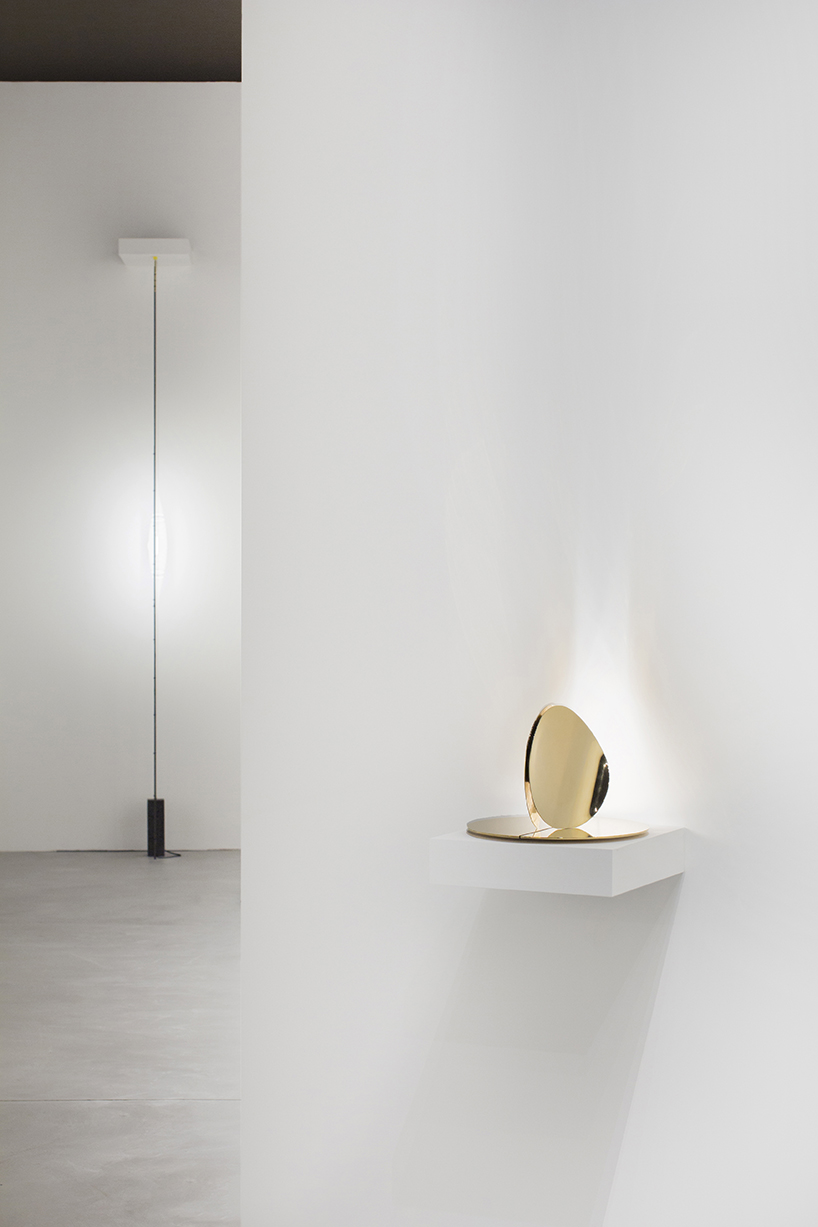 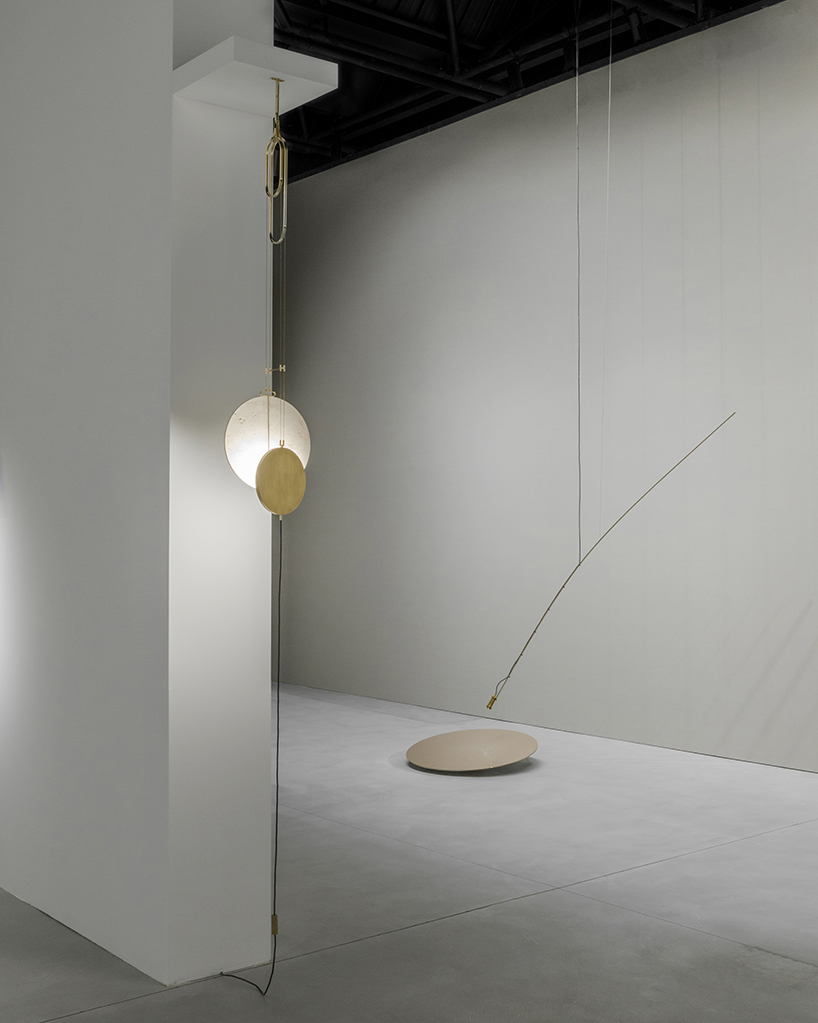 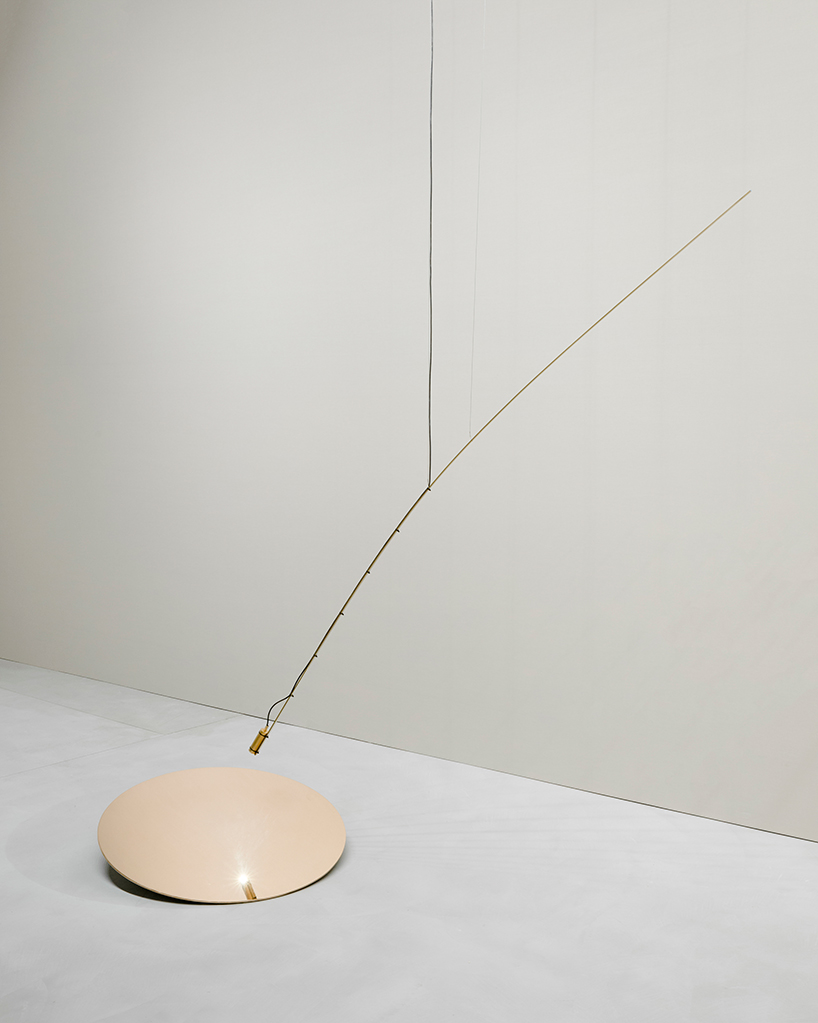 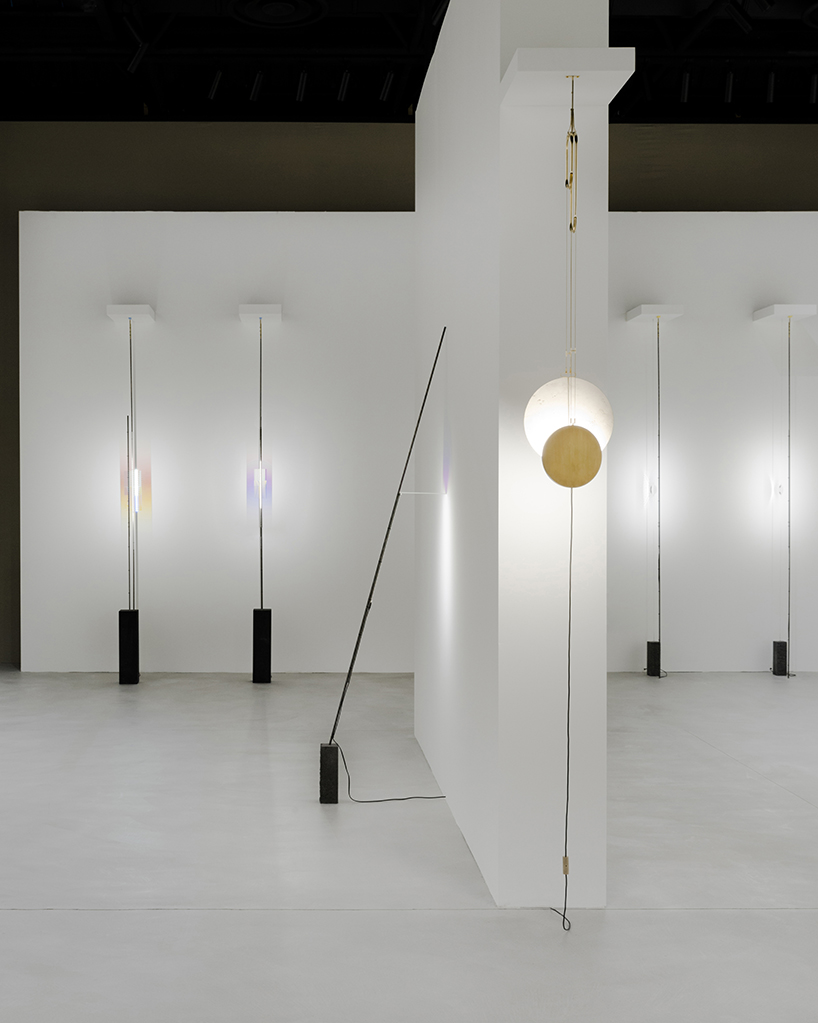 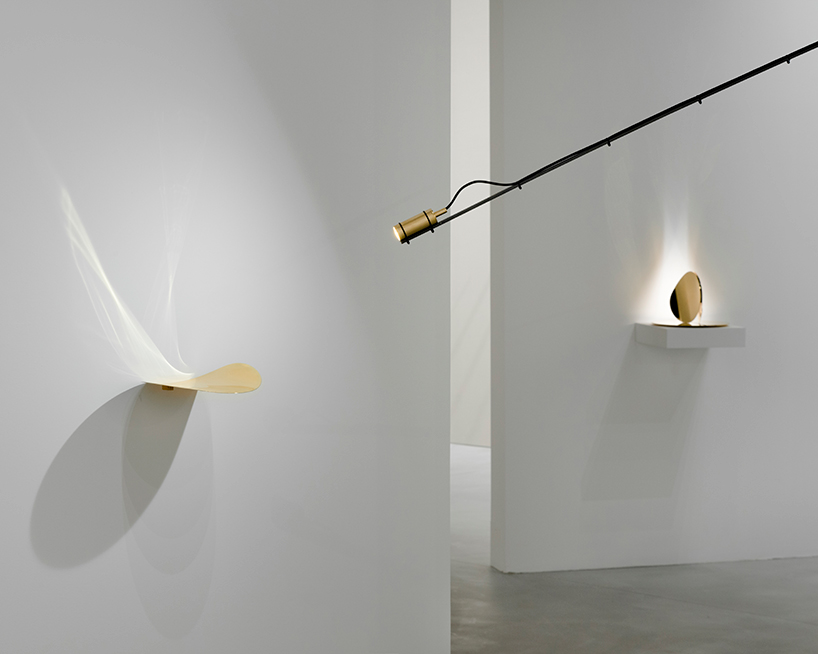 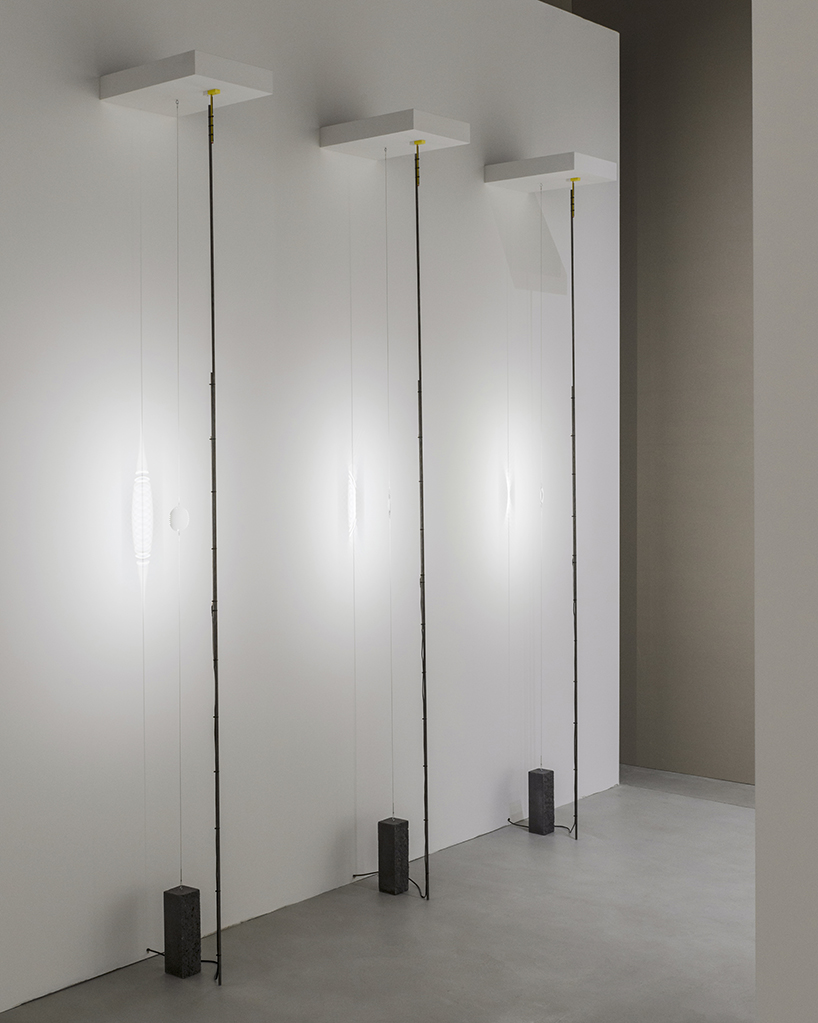 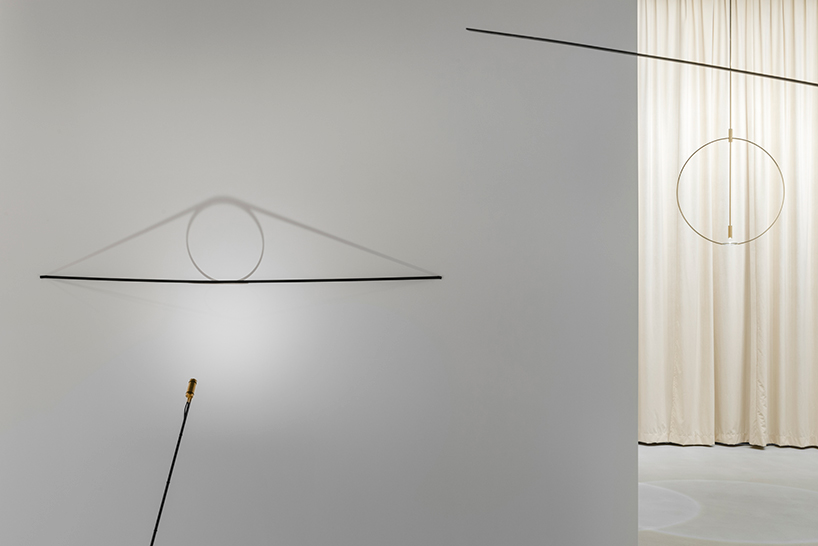 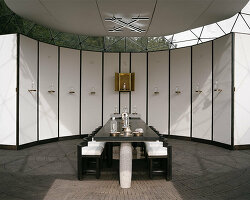 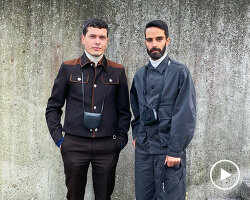 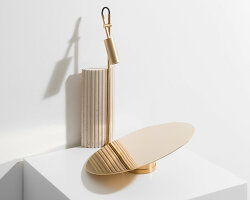