the shape of the ‘gaudi stool’ by studio geenen was created in the same way that antoní gaudi designed the structure of his churches, by making a model of hanging chains, so letting gravity determine the strongest and most logical shape for withstanding forces.

the ‘gaudi stool’ is a thin shell made of carbon fiber which deals with the compressive forces. a beam-grid substructure resists bending of the shell. the substructure was made using rapid-prototyping techniques, in order to achieve the needed complexity. the rapid prototyped structure was then used as a mold for the carbon-fiber laminates.

the gaudi-stool is made from carbon-composite, polyamide weighing just 1kg. it is currently being developed in cooperation with dutch research institute TNO. 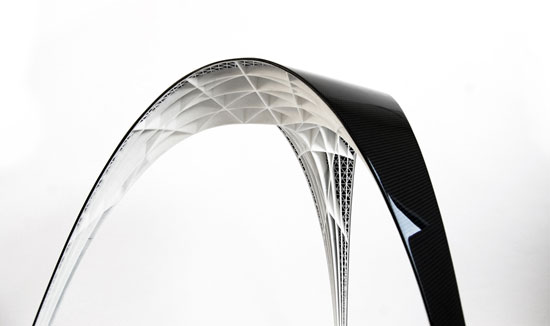 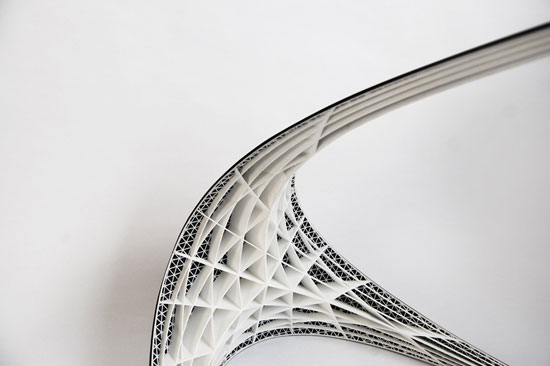 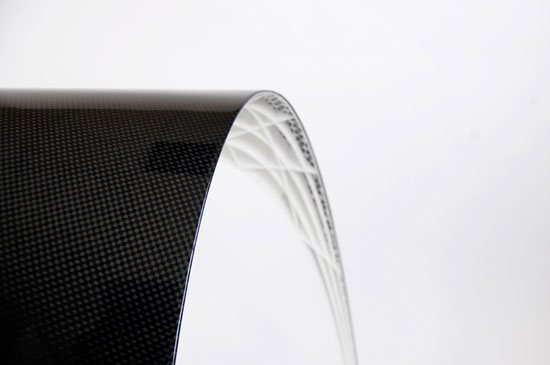 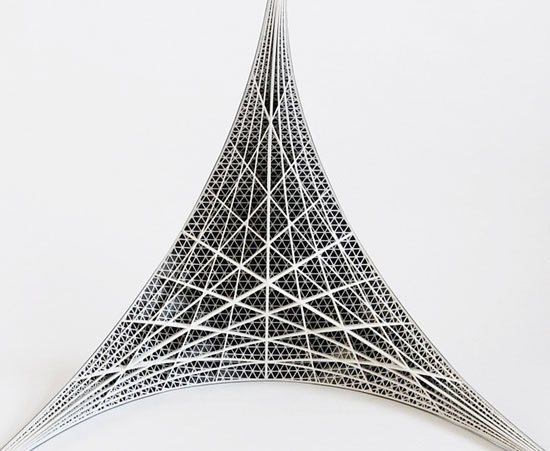 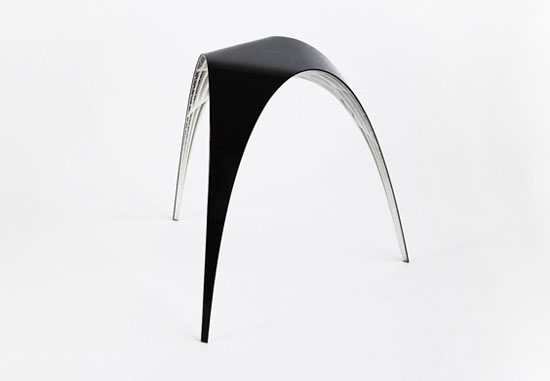 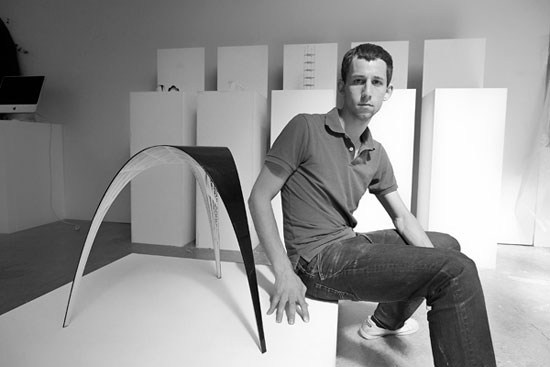