studio glithero (tim simpson and sarah van gameren) has been selected to be a part of this year’s vauxhall collective. along with three other creatives(seba kurtis – photography, duncan speakman – theatre and katie paterson – fine arts) they have been commissioned by the car company vauxhall to create art work around the theme of ‘re-inventing british classics’.

studio glithero’s project ‘a brief moment of happiness’ which is being developed in support of the vauxhall collective, is a collection of ceramic objects whose decorative surfaces have been captured through the process of blueprinting.

the vessels which they have designed are placed in a dark room, and impregnated with light sensitive chemicals. next they are transfered and kept in light sealed boxes. the vases, like rolls of photographic film, are positioned and ready to react at the moment in which the duo choses to develop them on a rotating spit. when exposed to a UV light, the chemicals develop from clear to prussian blue, fixing to the surface of the vase, leaving a negative print of the flowers which have been strapped to the surface like a photographic image. the process takes over an hour long, capturing and immortalizing the flowers, leaving a lasting impression of the fleeting life of a cut flower.

the various stages of production 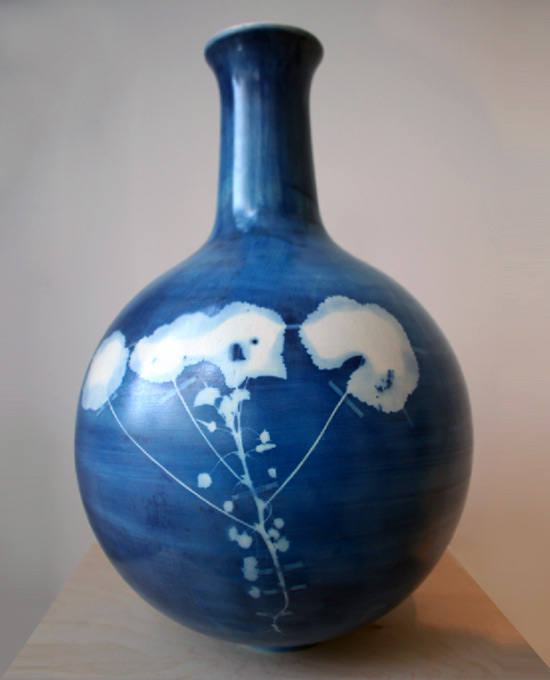 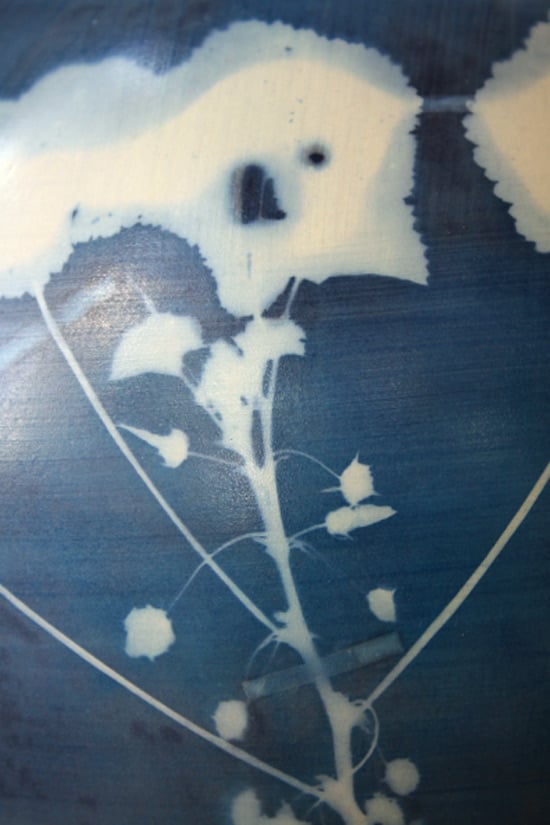 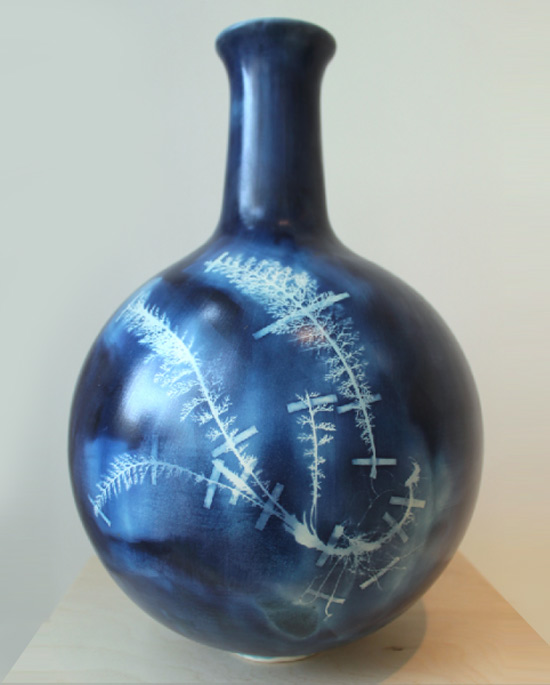 a variation in patterns 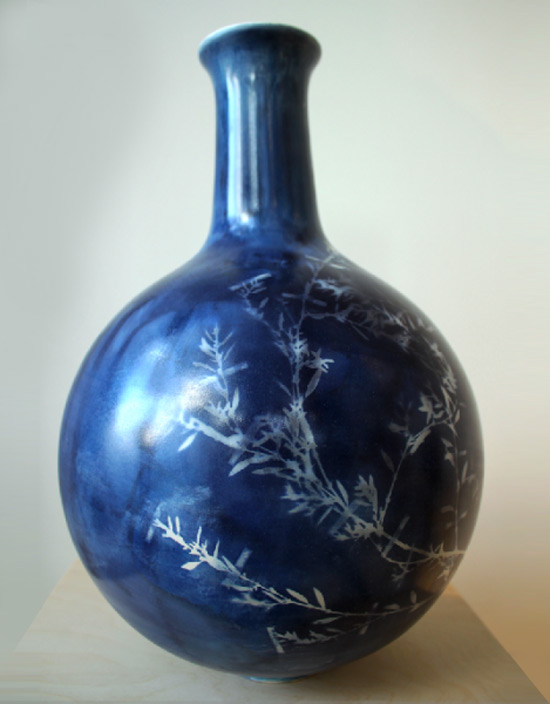 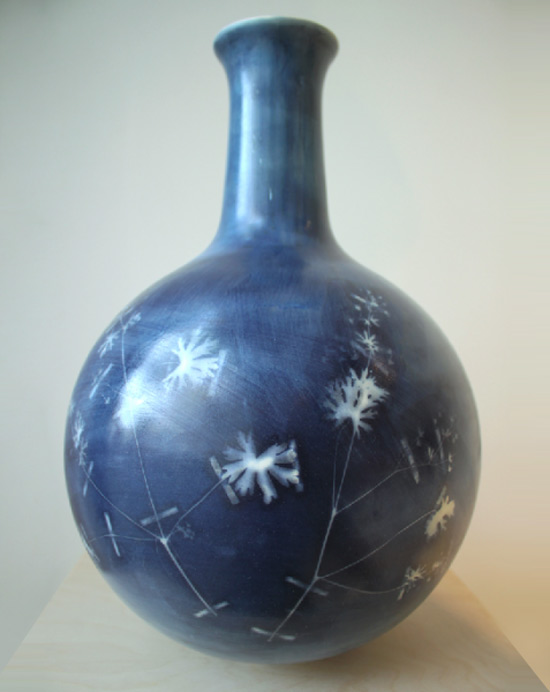 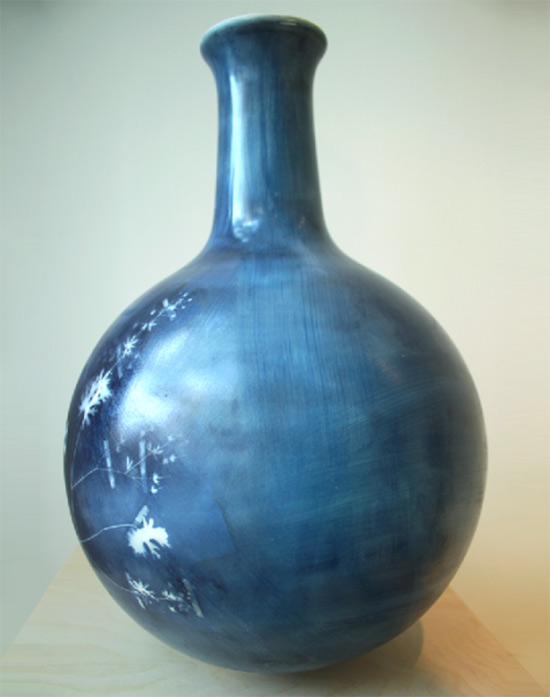 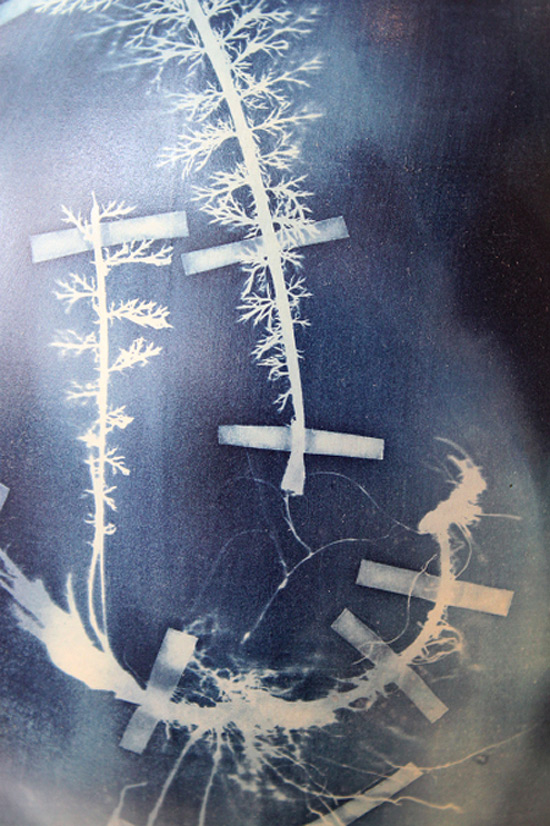 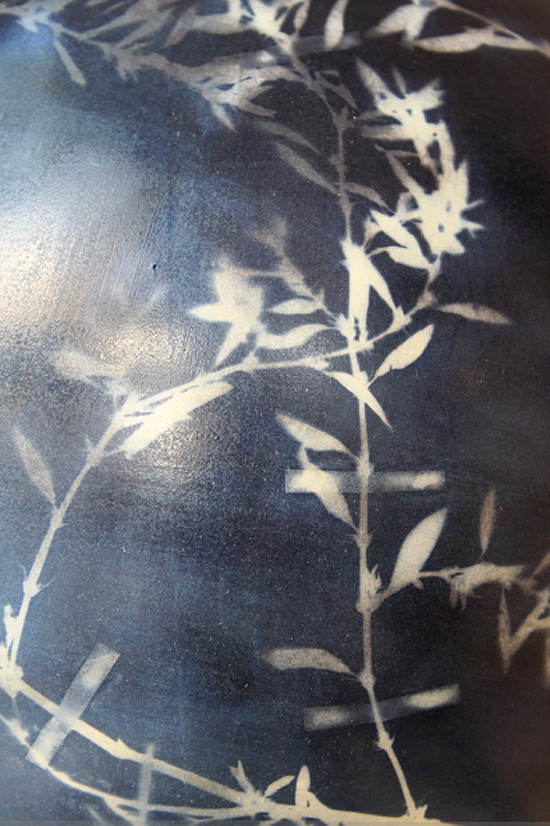 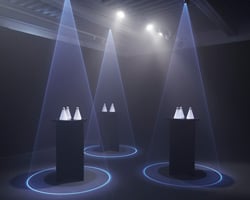 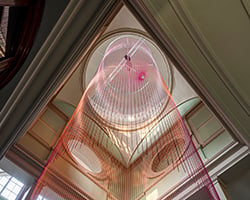 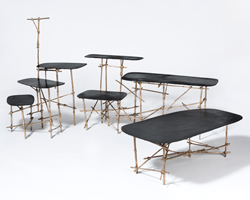 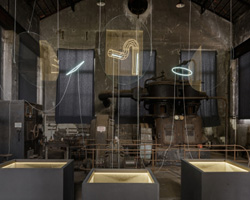