the three new variations of the permanent postage stamps have been designed for dutch king willem-alexander by job smeets and nynke tynagel from studio job. the design is based on the first dutch stamp, dating back to 1852, which features a profile relief portrait of king willem III. in 2013, a photo taken by photographer rineke dijkstra is reinterpreted as a three-dimensional digitally modeled rendition of the image. ‘the design of the king’s stamp needs to remain current and serviceable for the length of his reign. the portrait should thus appeal to a large group while also being personal,’ said smeets and tynagel. ‘that is why we decided to have the king looking at us. the use of a three-dimensional character also created a more approachable and informal image, which we also feel reflects this king.’ the colours of the three new stamps also reference the chroma from the 1852 stamps, which are also informed by the dutch flag. the ‘1’ light blue and ‘2’ light red dutch domestic mail variations will be available for items up to 20 g and 50 g respectively, with the silver-white stamp used for international shipping. 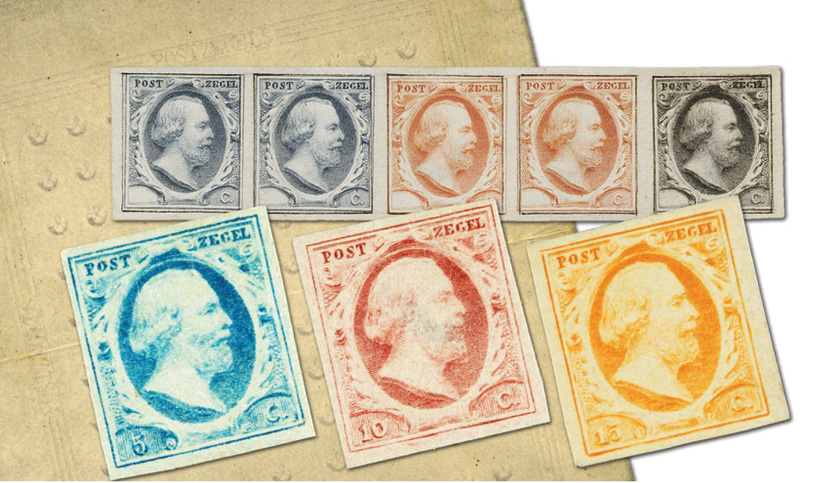