val saint lambert established in seraing, near liège, belgium, has been handcrafting crystal since 1826. each of their pieces are mouth-blown and hand-cut by the company’s craftsmen. well-known for their double-colored and cut crystal, they frequently collaborate and engage with international designers to fuse the age-old artisan craft with a more contemporary aesthetic sensibility. following this philosophy, they have partnered up with the belgian-dutch design studio job (nynke tynagel and job smeets) to produce ‘piece for peace’ a statuesque object for herman van rompuy (president of the european council, brussels) to stand as a centrepiece for his administrative office. 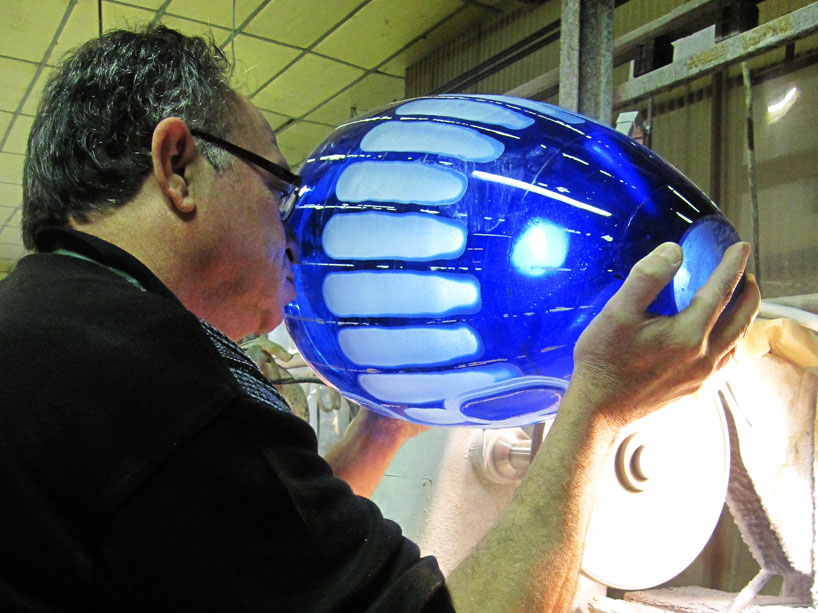 distinctively studio job, the statuesque piece is made from polished bronze, colored and cut crystal that sits on a plinth made from indian rosewood measuring 66 x 200 x 66cm, and has the hybrid appearance of a teapot and a vase. a bronze cast of the hand symbol for peace  tops off the work. it stands at 2-metres-high and took no fewer than 300 hours to produce. 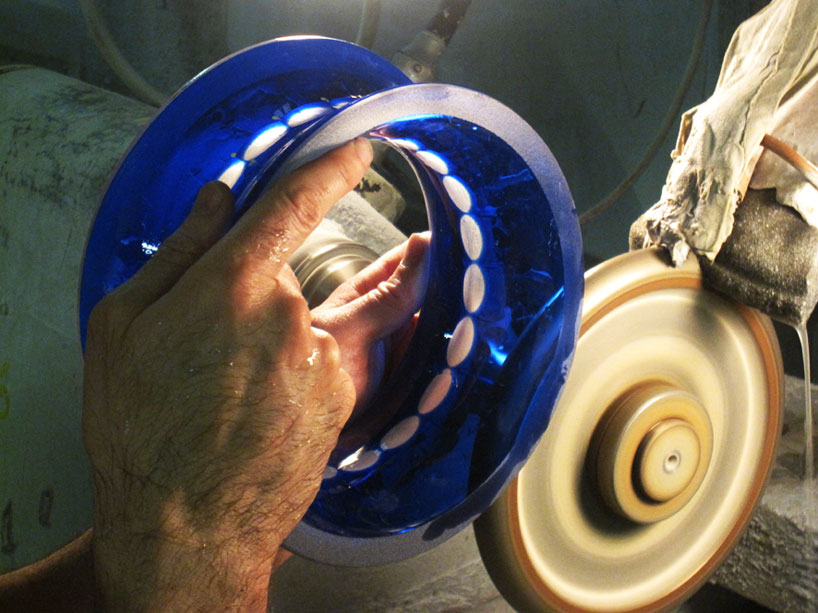