studio laurens van wieringen is currently working on a set of protoypes for their ‘mixed’ bowls and spoons which are made from 580kg of rejected plastic from industries, toys and scrap yards. the prototypes of the tableware are produced by mixing recycled polypropylene material of various colors in one mold using an electronically heated oven. once the mixture is formed into blocks they are CNC cut into layers exposing the different color combinations of the products. the patterns are a result of the heating process and how the plastic melts into each other, leaving a different print each time.

the studio is currently developing a product version of the ‘mixed’ series through heating and pressing the material inside molds, which would require less material, energy and time to achieve the same products. 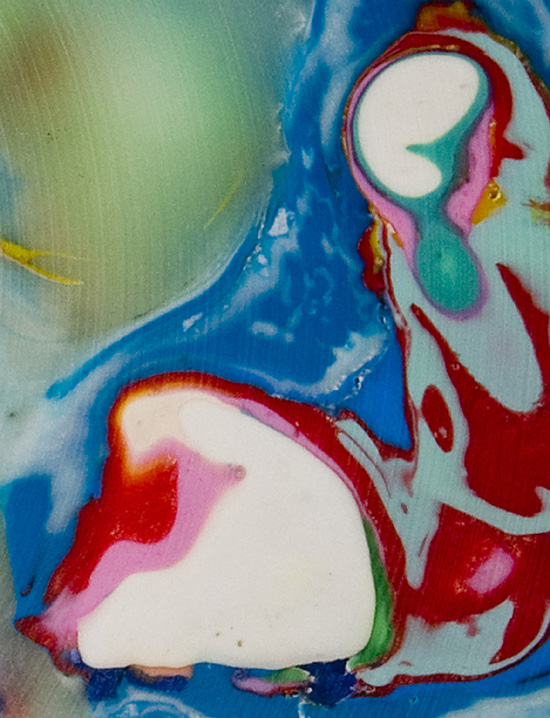 a detail of how the plastic melts into each other, the result looks much like a geological map image courtesy of studio laurens van wieringen 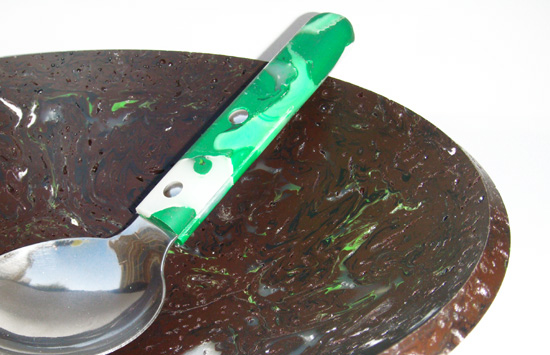 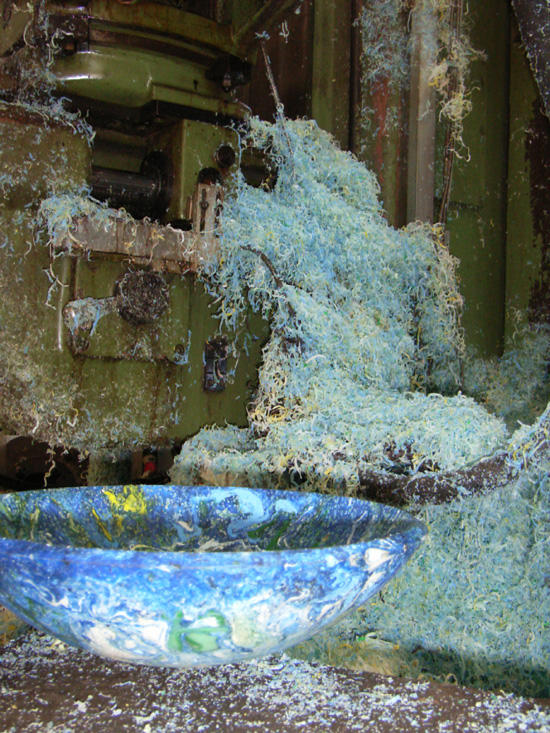 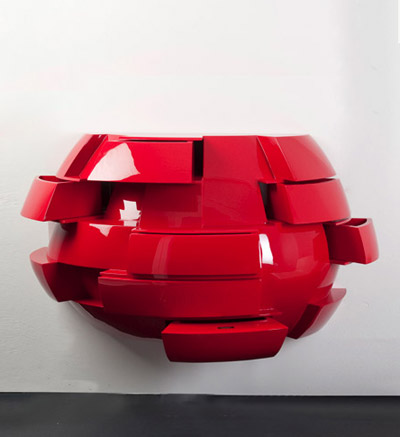