studio mumbai / bijoy jain employs skilled craftsmen within its practice, where they work alongside trained architects to develop ideas that are almost immediately translated into mock-ups and objects through a range of materials. its collaboration with maniera, expresses their hands-on approach to making and building through a collection of elegant, hand-made furniture pieces produced from their workshop in mumbai, india. the limited edition ‘maniera 06’ is comprised of four series of studies: ‘brick studies’, ‘illumination studies’, ‘charpai studies’ and ‘landscape studies’, all of which run in parallel with the studio’s architectural production. 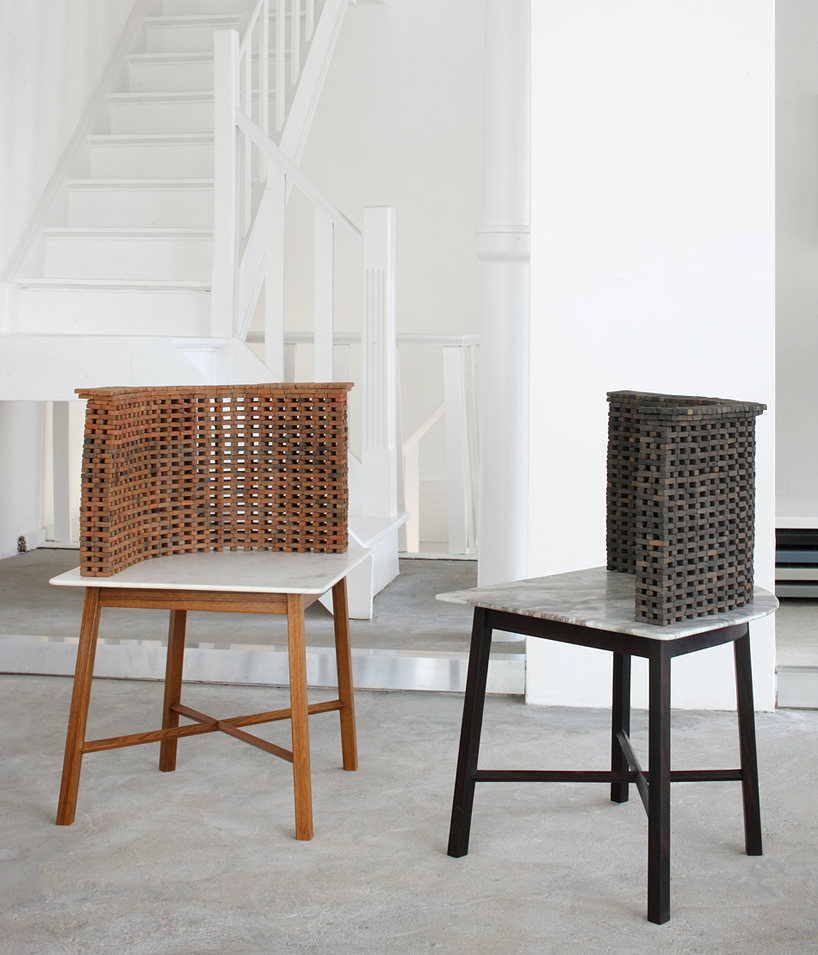 in ‘brick studies’, studio mumbai explores the possibilities of adapting the universal, and now quite industrial, building material to a more intimate scale in the form of furniture. influenced by the traditional dry-stacked brick formwork used to construct arches or domes, bijoy jain  pared them down to mini-bricks, true to scale, that were baked in the studio’s workshop. these have been glued to each other, shaping the backrest of the benches and chairs, following methods examined in building frames. the brick constructions are fixed to simple, unpretentious stools and benches that are made from robust rosewood and marble, both of which are often encountered within indian interiors. standing between models and functional objects, the ‘brick studies’ collection evokes a sense of fragility, despite the solidity of the mediums employed. 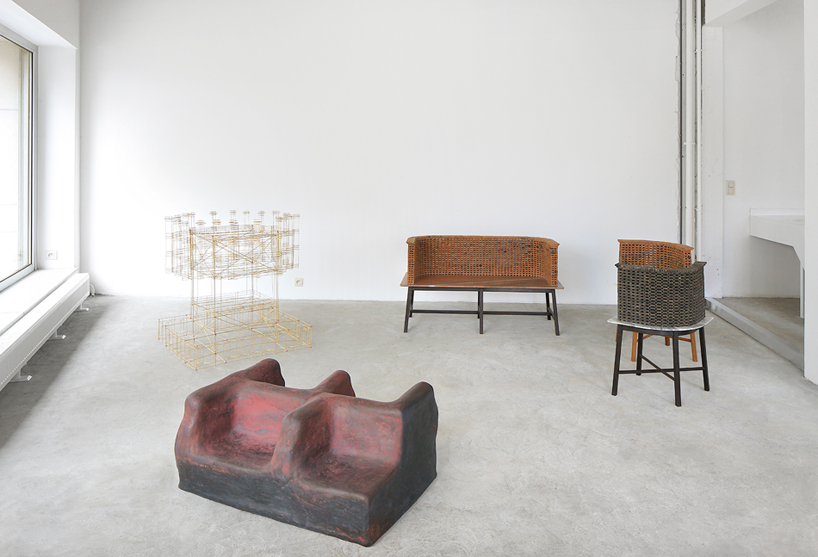 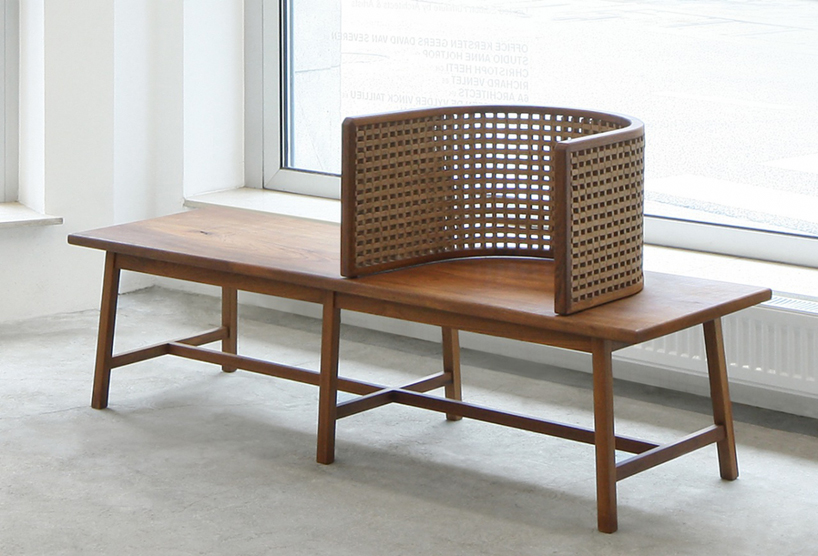 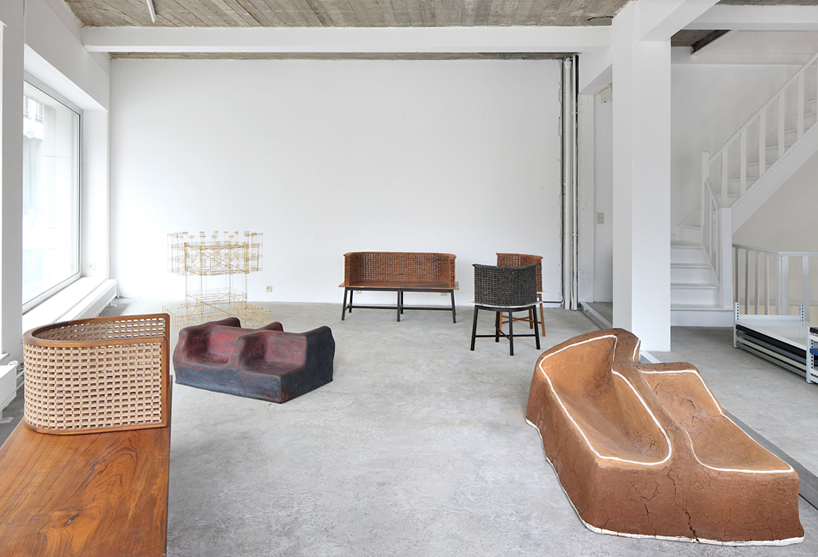 ‘landscape studies’ are derived from observations made in the indian agrarian landscape. farmers use kaolin powder to define zones in the rural landscape for different activities—from resting under a tree to emphasizing the steps to climb a small hill. studio mumbai’s sculptural seating objects respond to these definitions, but when they are in use, the white lines remain very abstract in their appearance. built from paper maché, bitumen and cow dung, the pieces are treated with body wax and rubbed with coal to achieve a natural aesthetic; with one bearing white kaolin powder lines, rendering itself as sort of a scale model of the zonal demarcations in the rural terrain of india. the process of making the ‘landscape studies’ pieces were a result of following the instincts of the craftsmen, rather than clear instructions given by the architect. neither has any clear geometry when added to a space, and with the addition of water, their surfaces can be changed in both color and texture, much like the landscapes they refer to. 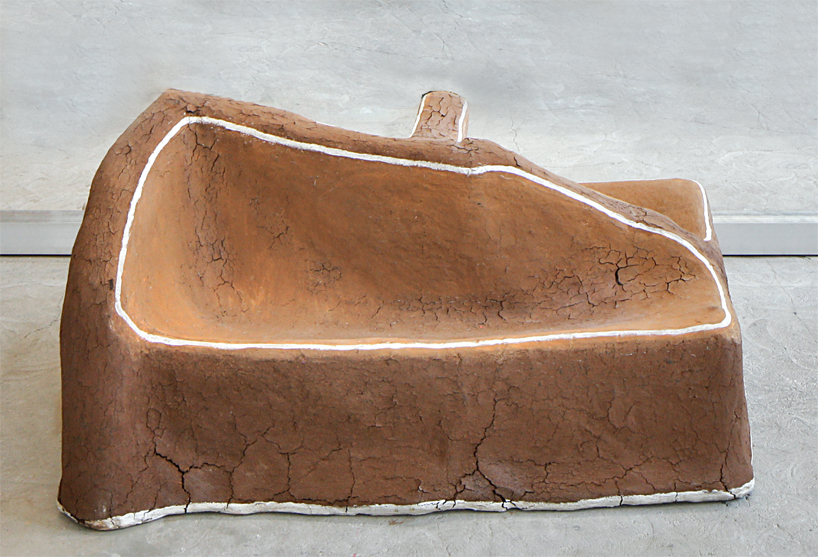 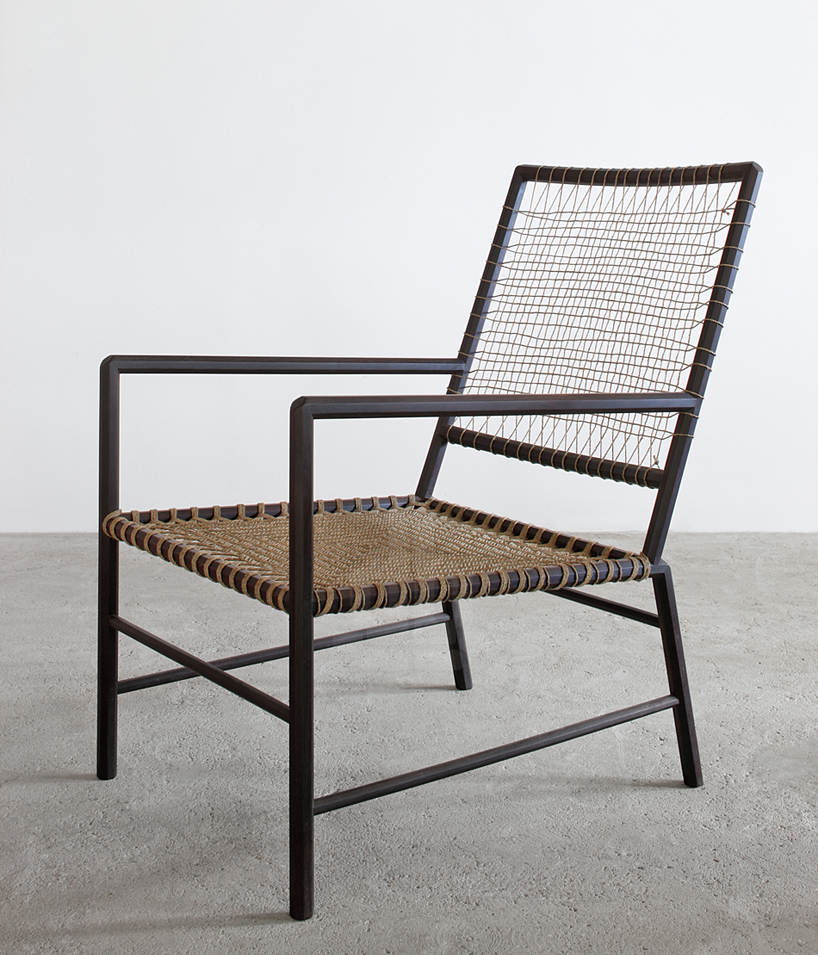 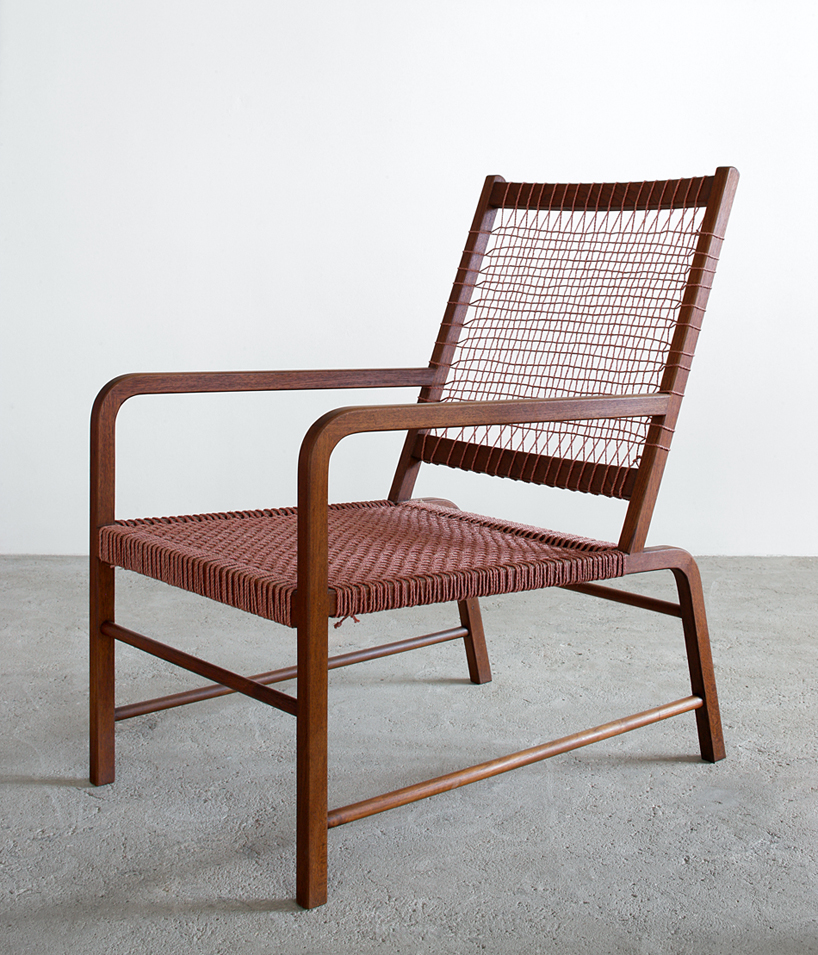 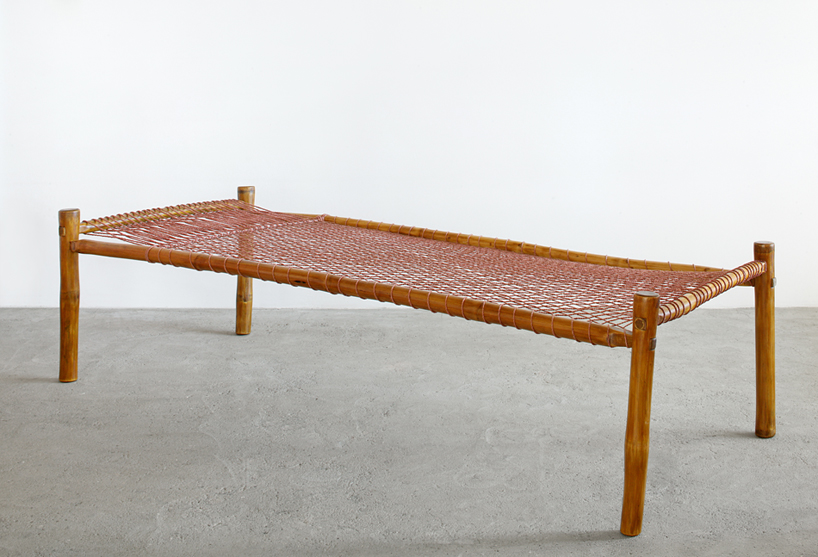 the relation to the reference object is almost literal in the ‘charpai studies’. found in half of all indian homes, a charpai is a daybed made from a construction of light wood held together by tenon joints and cotton cords. predating the british era, it changed the way people lived their daily lives. as a furniture piece, it accompanies an individual from birth through marriage to death, and is easy to transport since the lightness of its framework means that even a child is able to carry it. studio mumbai re-introduces the traditional charpai with some minor changes, along with the addition of shellac wood treatment, in a way that was not to create a replica, but rather examine an existing object and continue working on it. 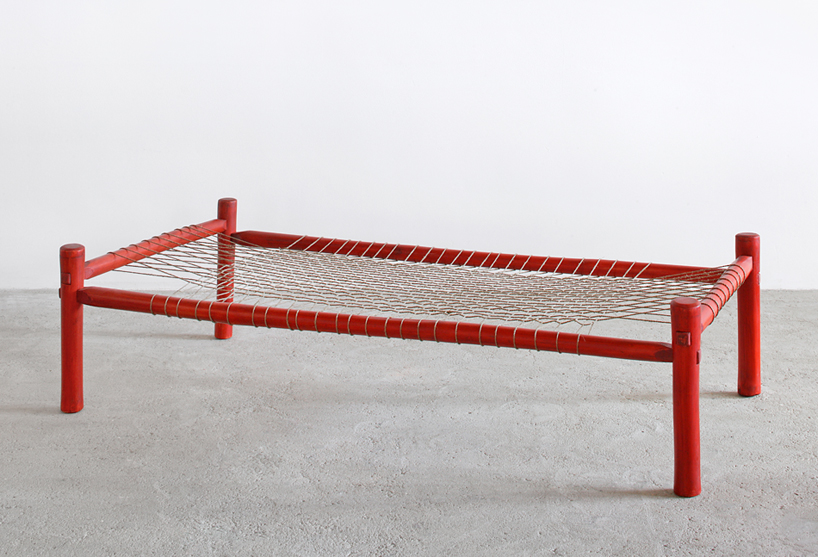 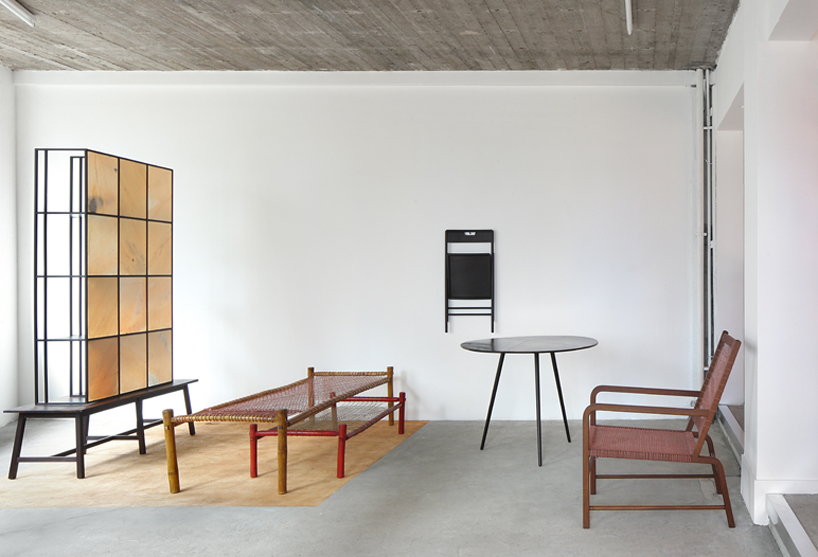 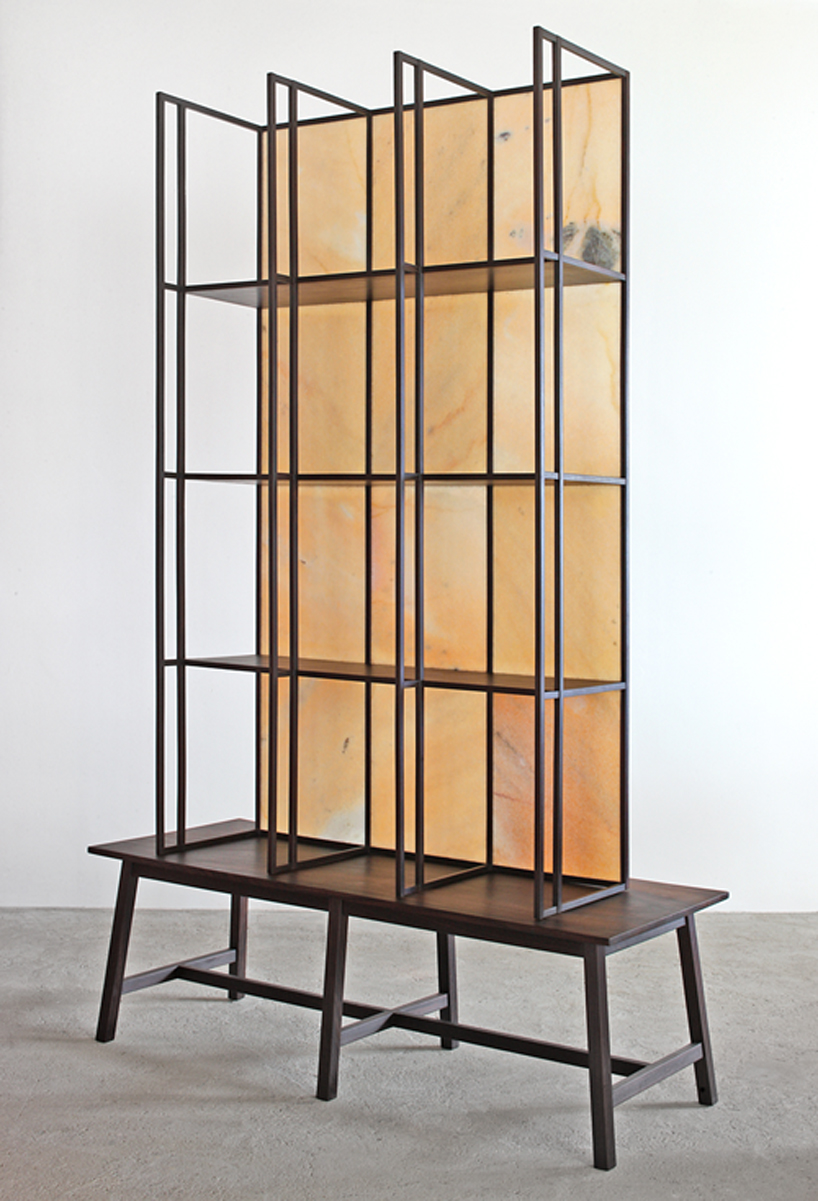 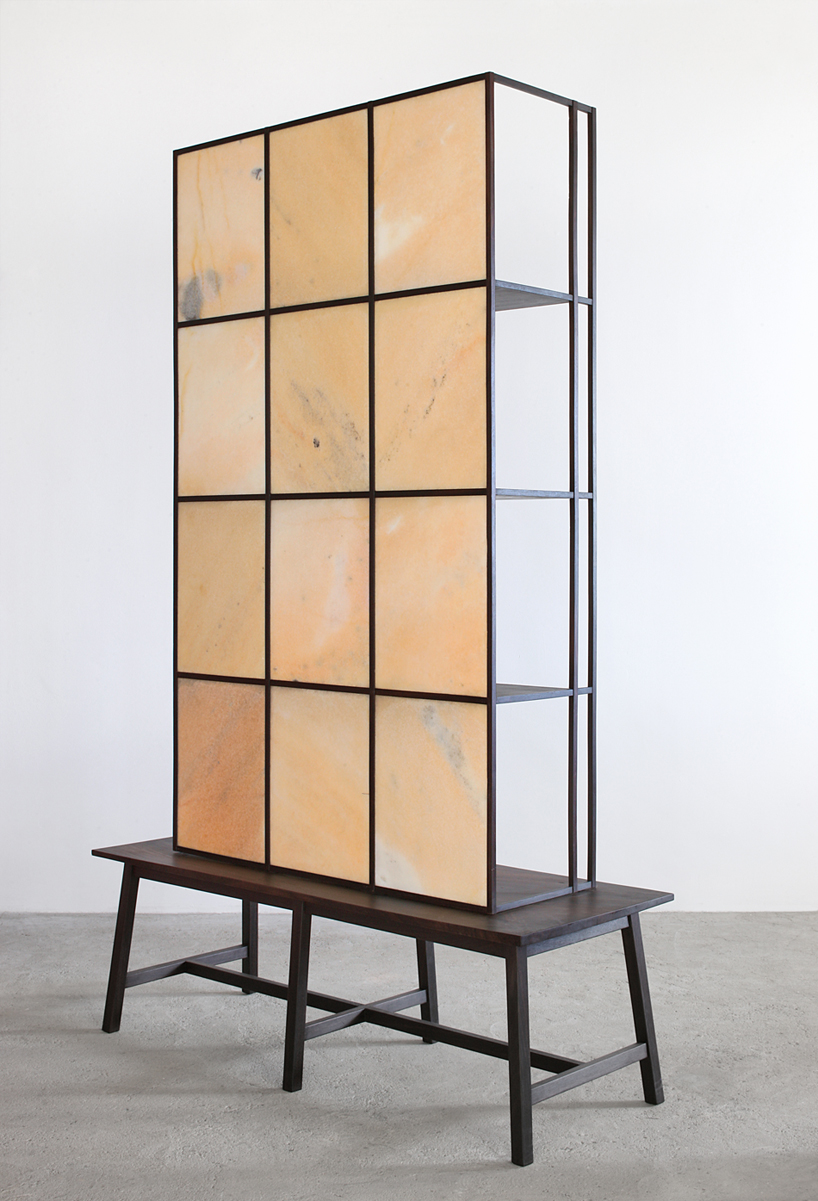 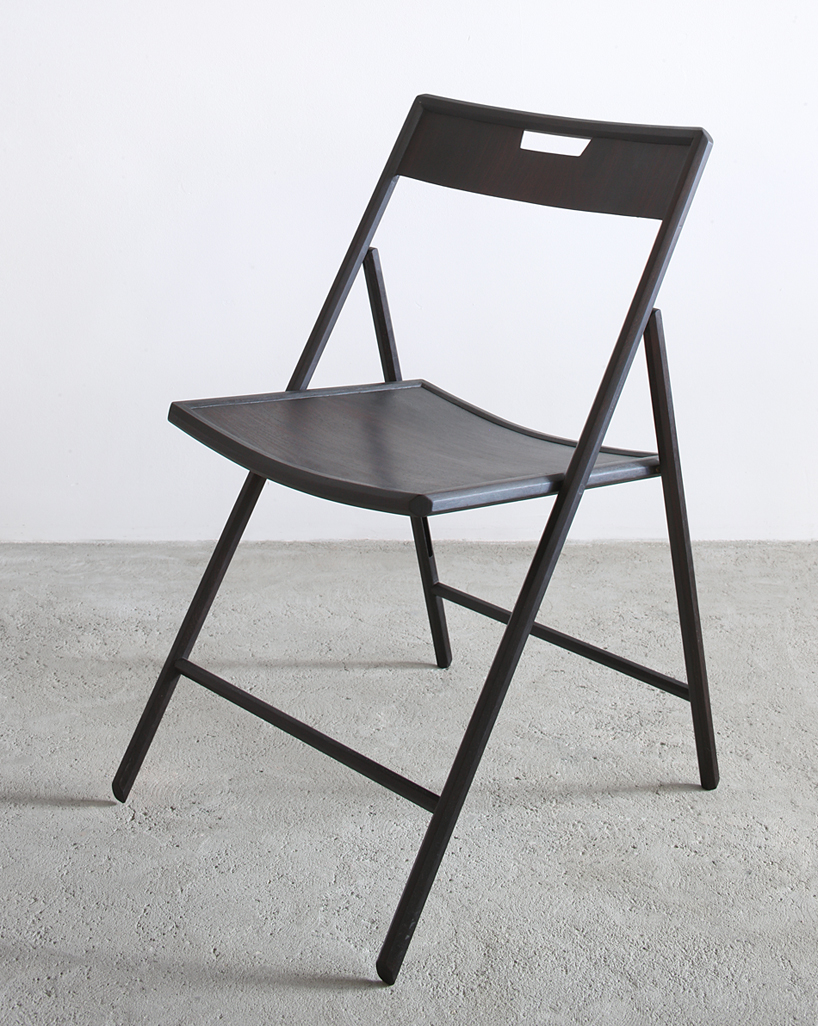 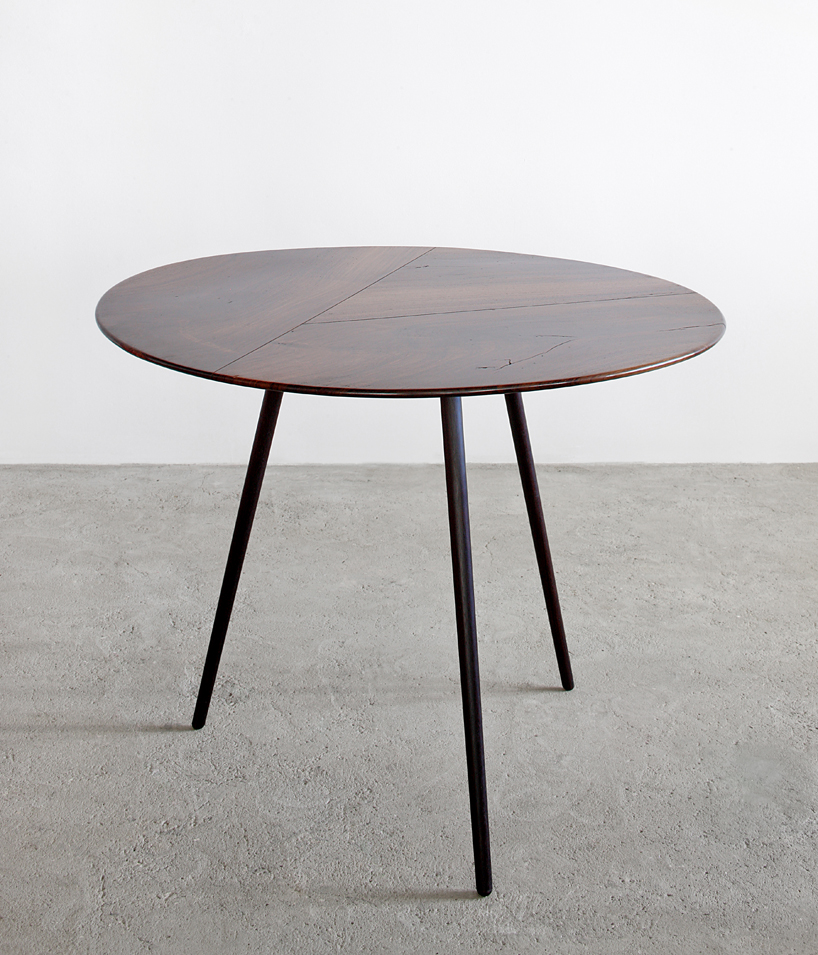 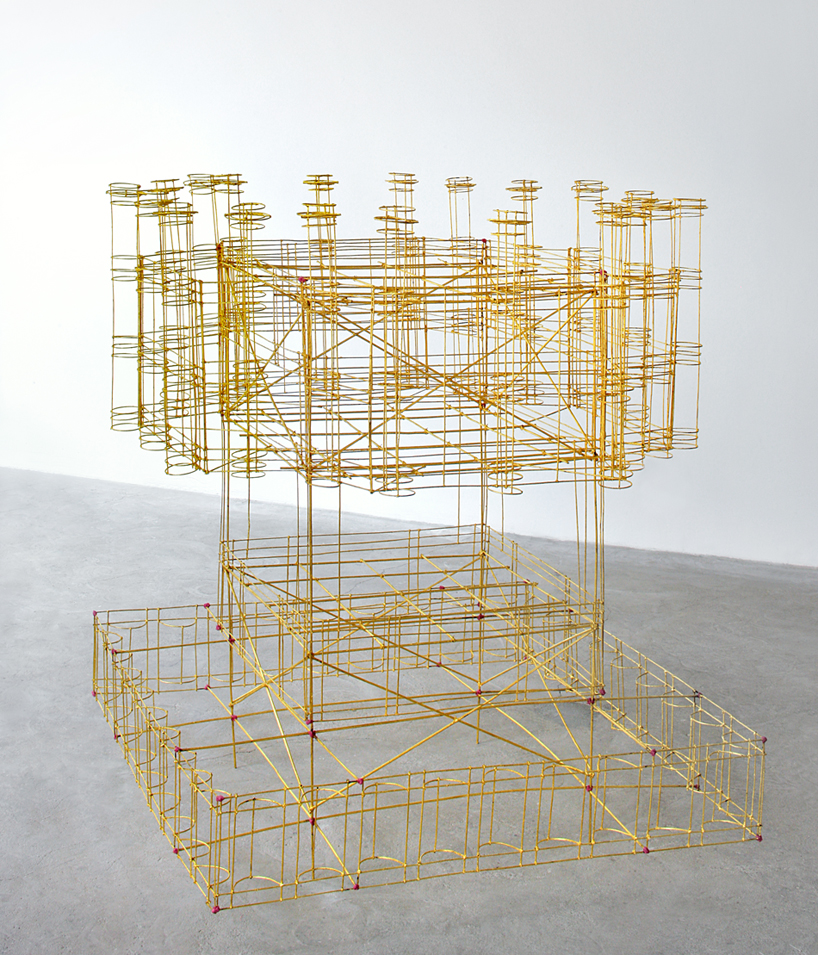 the final series, makes reference to ‘tazia’—a ceremonial object that was a model of a monument carried on men’s shoulders in processions during muharram month in india, in remembrance of the martyred son of the prophet mohammed. typically made by local communities, they are constructions of natural materials which disintegrate when thrown down the river after the procession. these models of monumental buildings are made from bamboo sticks tied together with colored string, glued with river mud and clad in carved paper; often reaching several metres in height. the ‘illumination studies’ sees the tazia turned into a light fixture without a bulb. measuring approximately a metre high, these contemporary versions are built using thin bamboo sticks covered in gold leaf—reflecting the light when a bulb is hung inside the structure—and tied together with pink silk threads. without the paper cladding applied to the framework, the object liberates itself from its frame of reference, becoming a model of a model, acquiring its own character as a piece of furniture. 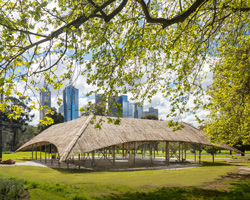