at left, the ‘cosmonaut’ wide-grip capacitive stylus for touchscreens, by studio neat

the work of new york-based duo studio neat (tom gerhardt and dan provost), the ‘cosmonaut’ capacitive stylus is designed like a dry erase marker, better adapted to the feel and constraints of touchscreen devices than the pen-like options currently comprising the majority of the market. with a rubber tip and wide body, ‘cosmonaut’ is compatible with all capacitative touch screen devices.

because they pick up the signal as data input, touchscreens do not permit one’s hand to rest along the screen of the device when writing, making the use of pen-style styluses awkward and tiring. observing that tablet sketching is generally of a low-fidelity nature anyway, studio neat began work on a marker-like stylus, settling upon the prototypes they are currently presenting.

the project has already been backed through the ‘cosmonaut’ kickstarter campaign, and studio neat expects to begin shipping the devices, which will retail for around 25 USD, in june. 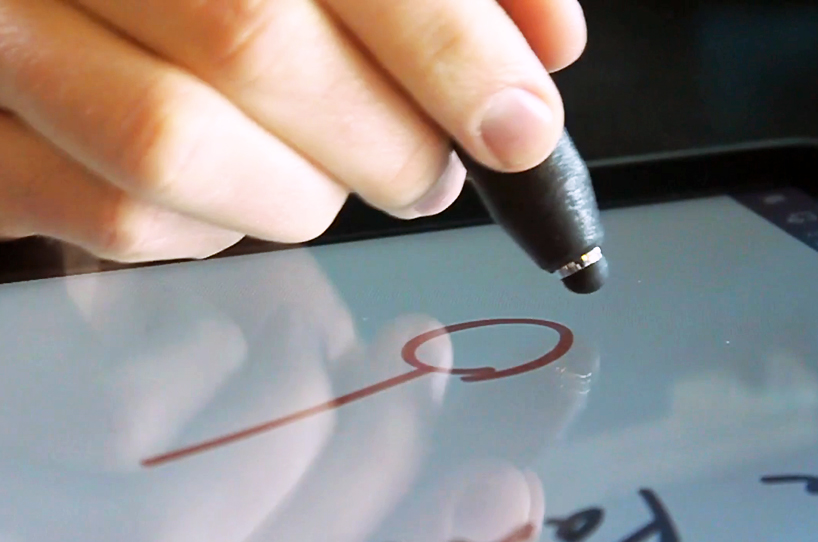 the device in use

Oct 04, 2022
zena holloway launches a collection of bio-designs grown entirely from grass root
the project explores the promising possibility of root-grown textiles and imagines a future where fashion is sustainable and compostable.
design
717 shares
readers
connections: 35

Sep 30, 2022
living plant controls a machete through an industrial robot arm
the plant acts as the brain of the robot, determining how the machete swings, jabs, slices and interacts in space.
design
+44.2K shares
readers
connections: +520