traitor zhou’s is a market, bakery, café, and whisky bar. it’s also packed into a single 18m2 room, crammed next to a japanese restaurant and stuck directly beneath a pre-existing staircase. instead of running away, italian-chinese studio ramoprimo took on the challenge headfirst, with a solution focusing on utility of space, and multi-purpose elements. 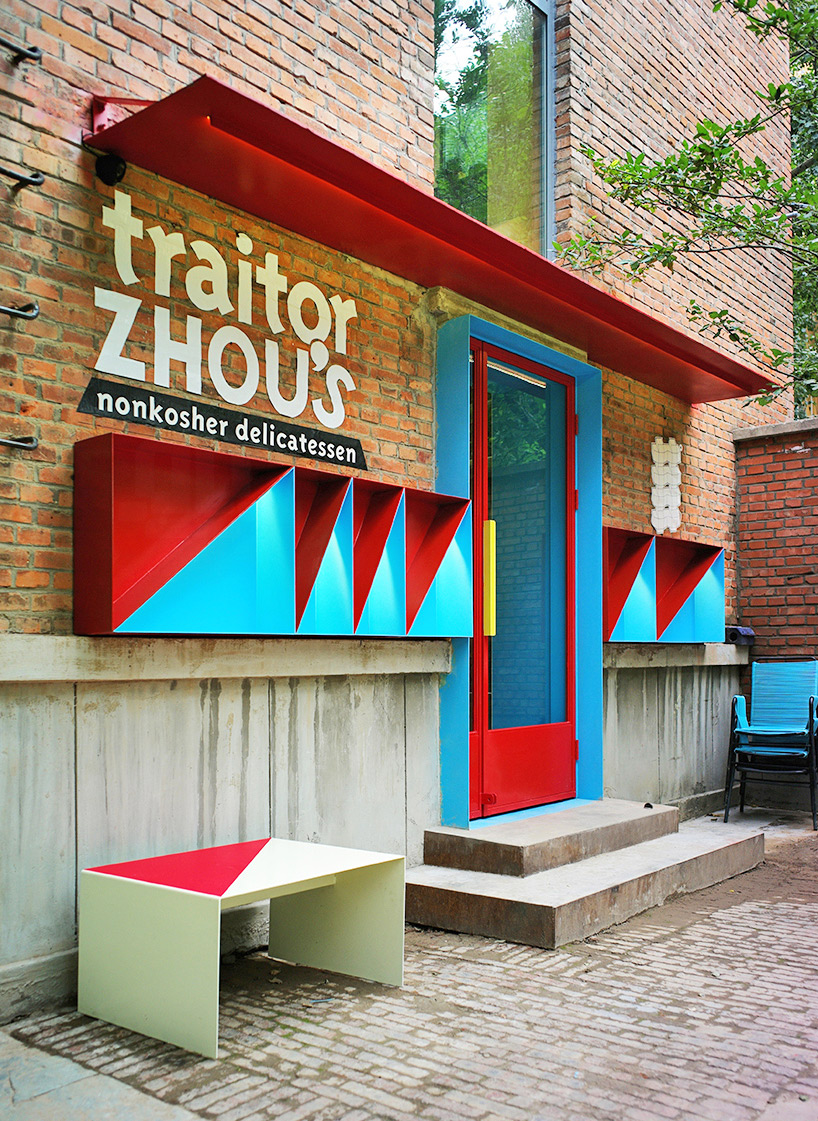 the industrial location dates back to 1949

product shelving and wall claddings are created with thin iron plates, which thanks to their magnetic qualities, allow employees to stick information, display images, and other various graphics directly onto surfaces. perforated bricks compose the wall behind the counter, which visually connects the space to the connected restaurant kitchen. 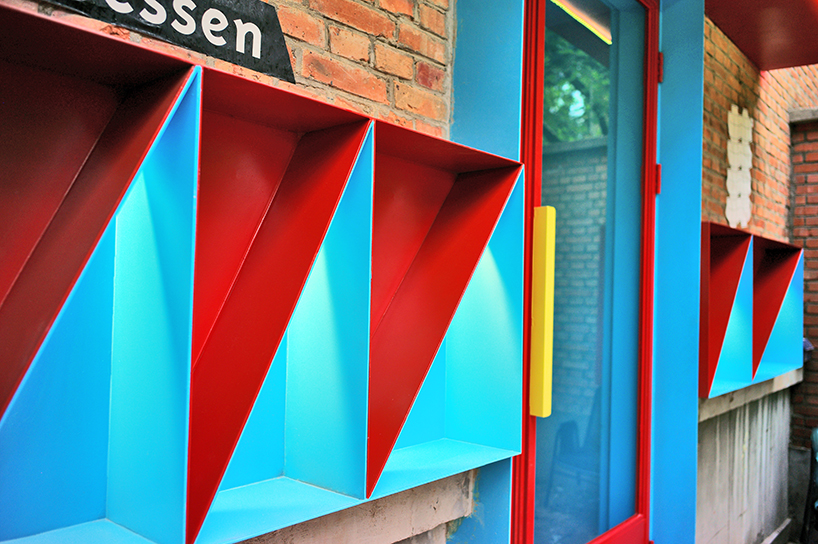 detail of iron work on façade

to avoid spotlights, ramoprimo designed a series of uniform, diffusing lights. geometrical lines define the square shapes and also create a simple, easily-understood spatial organization for details like security cameras, emergency sprinklers, and smoke detectors. the entrance door is the only connection to the outdoors. two iron ‘sleeves’ can be found on either side, placed their to make the façade more noticeable and provide a counter for coffee and drinks. 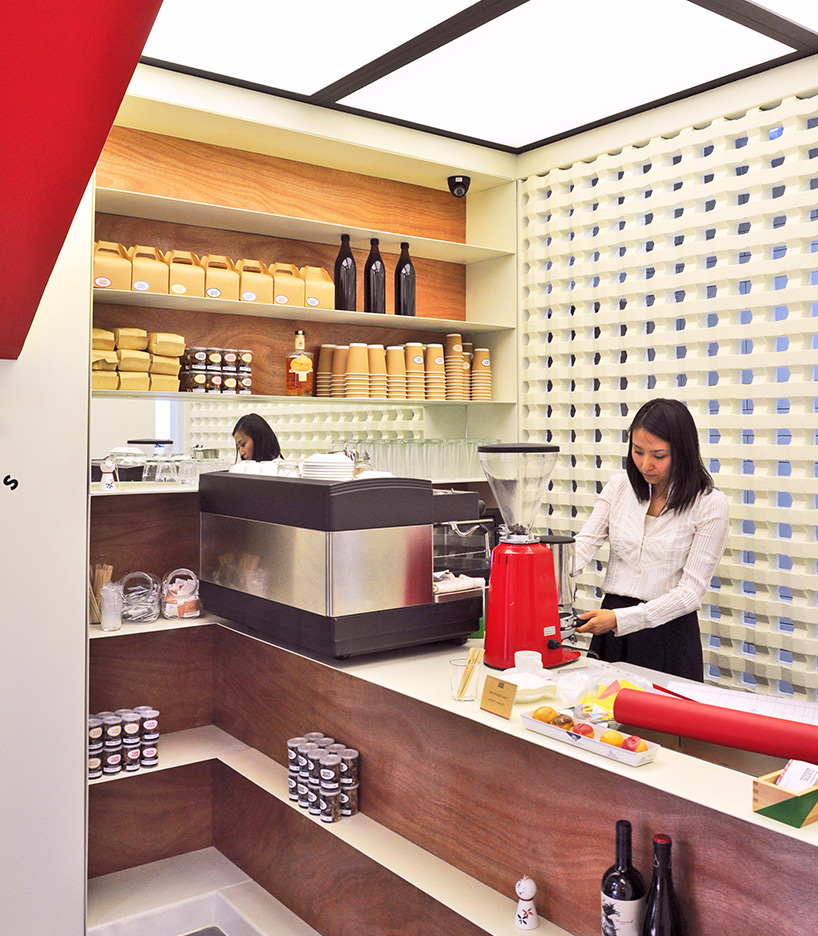 it was asked that the design reflect a young, urban aesthetic. triangular elements are painted with bright, bold primary colors like red, yellow, and blue, which interact playfully both inside and out. the traditional yukuta dress served as visual influence for the project and gives it a distinct visual identity. ‘traitor zhou’s’ logo is printed, and can be found in several places stuck to the wall like a poster. 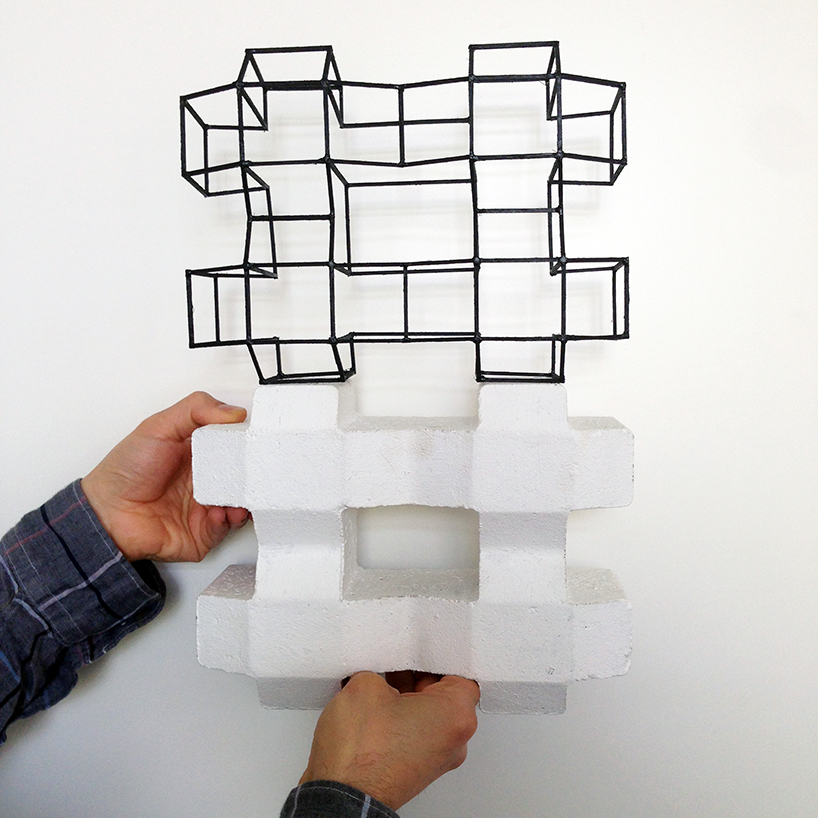 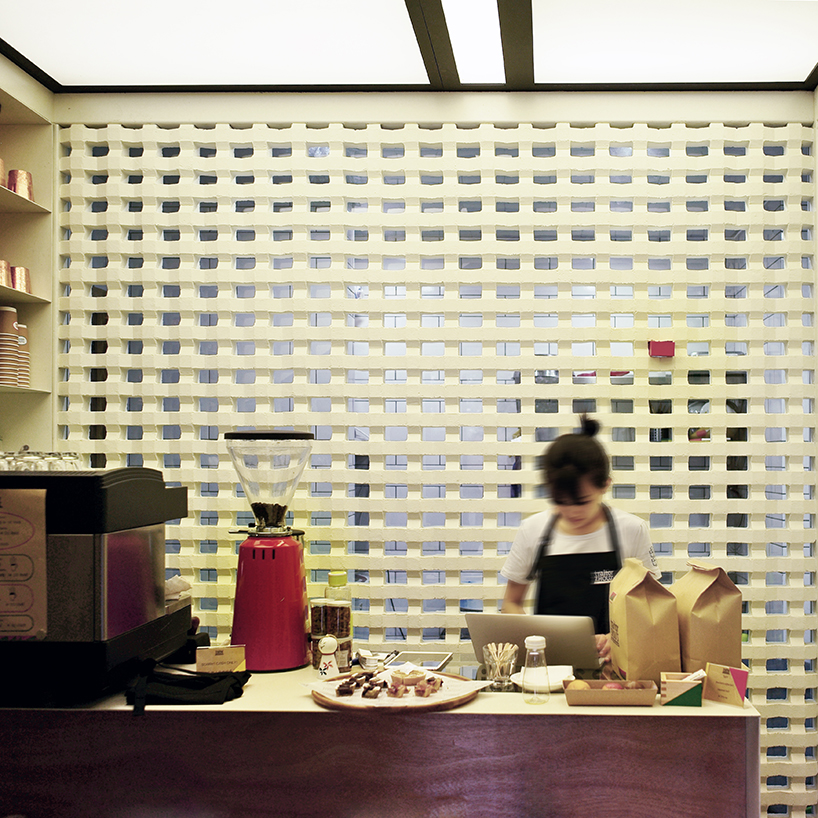 perforated bricks act as a filter screen to the kitchen 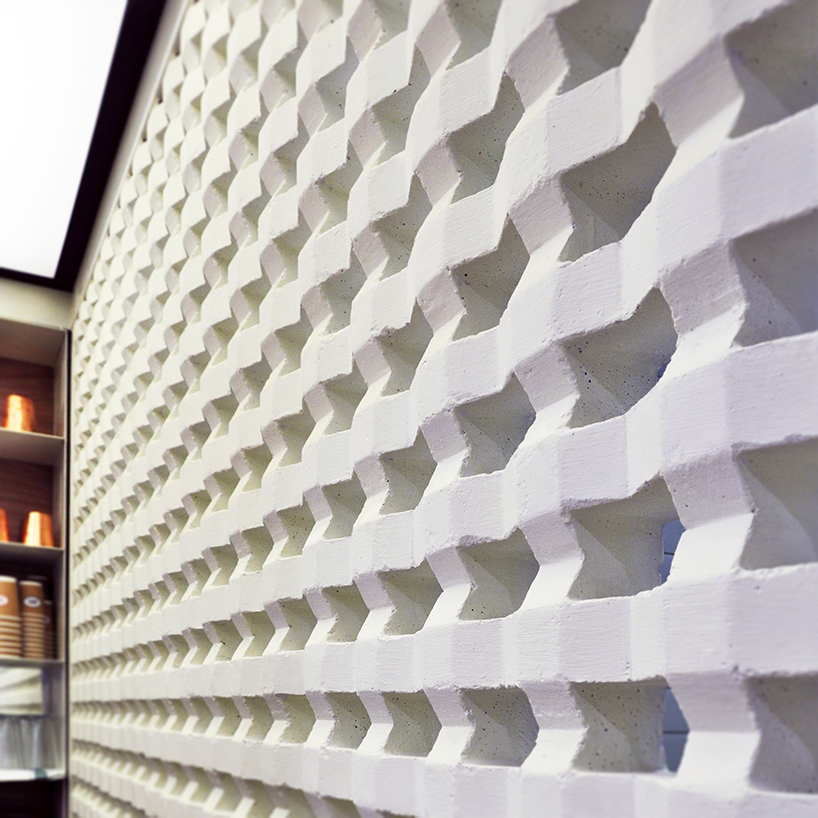 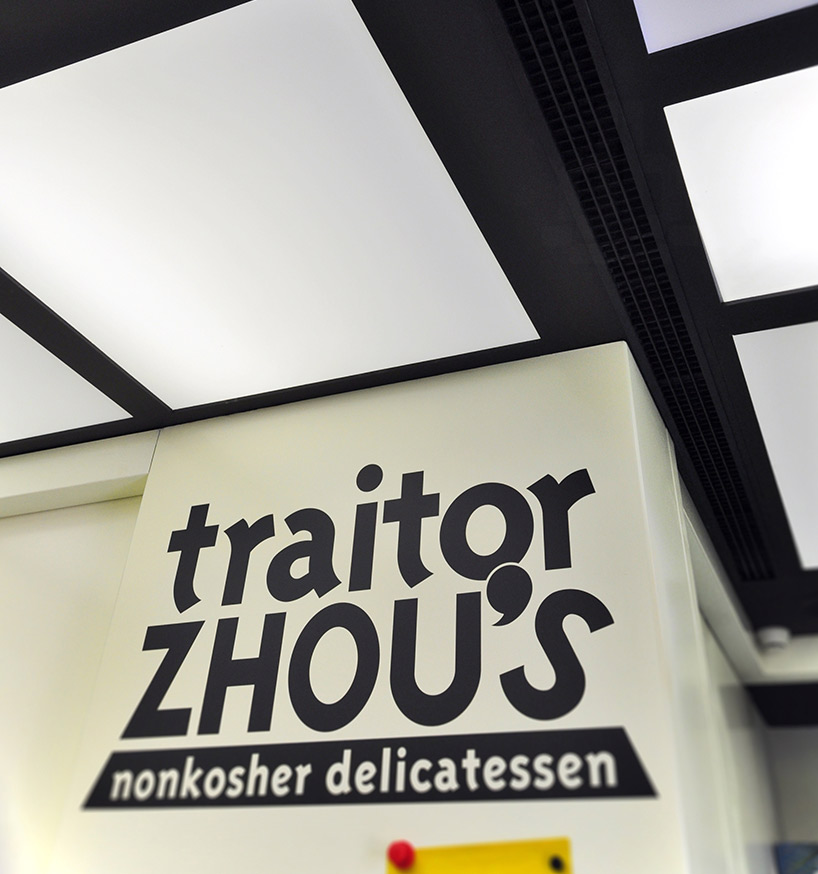 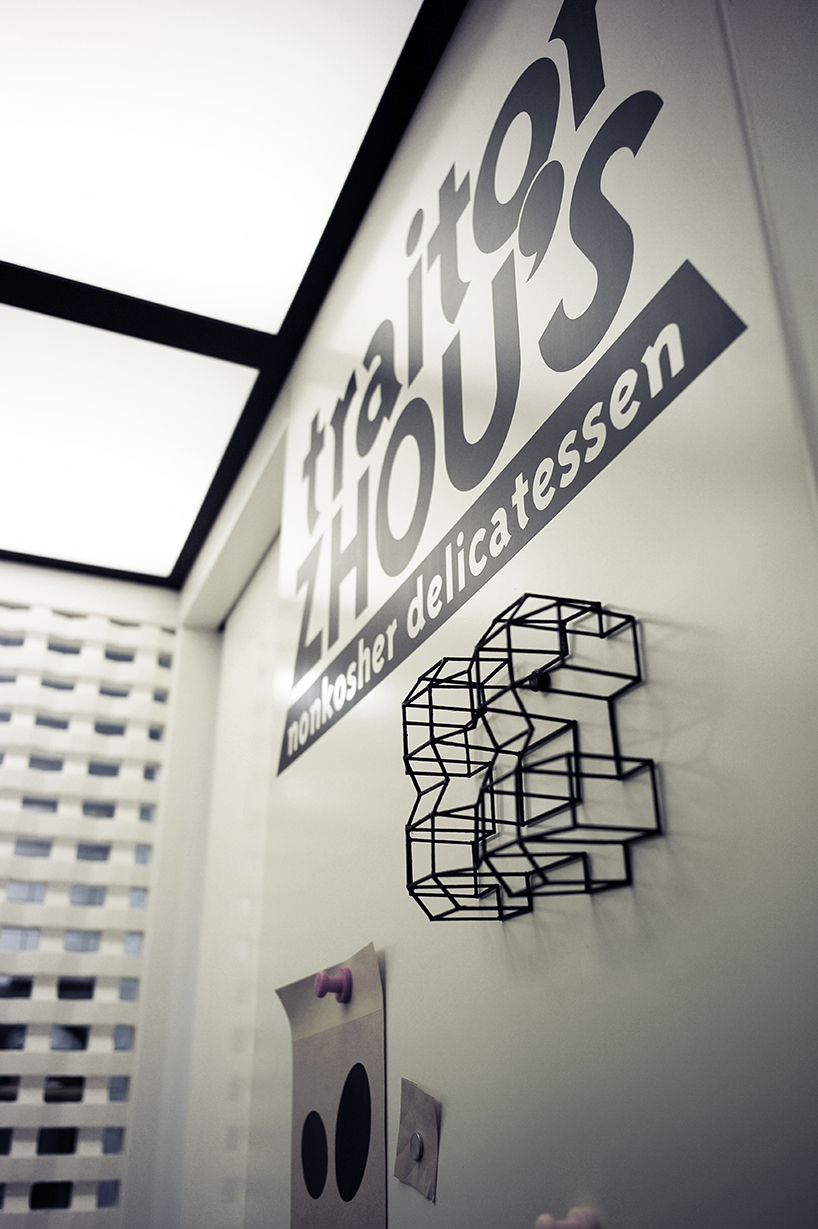 magnetic elements on the iron wall 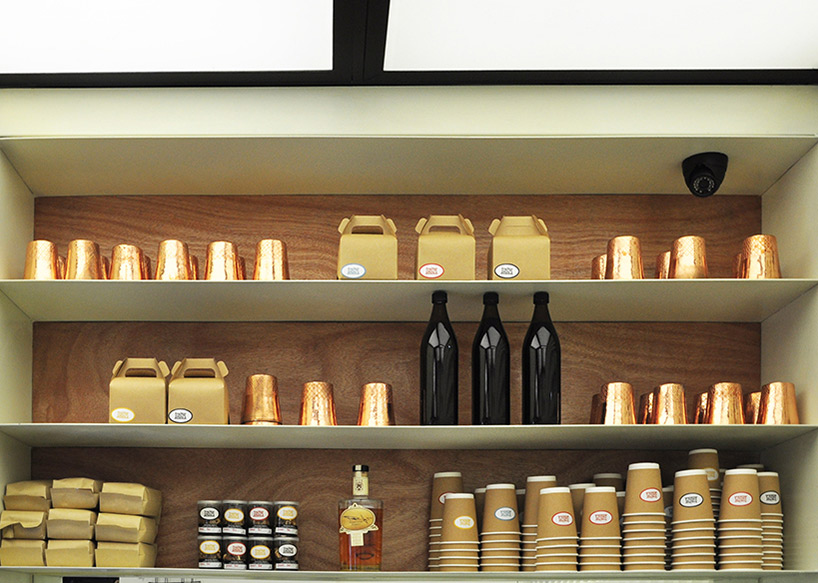 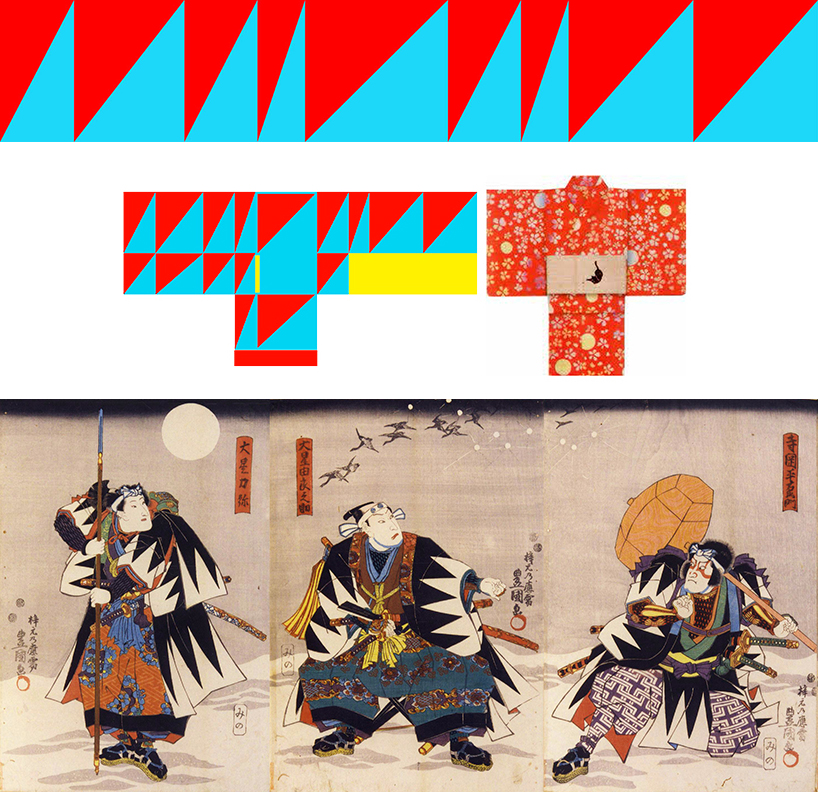