eindhoven-based designer bas van raay of studio vraay has created the lighting fixture, ‘slow moves’. the outcome of experimenting with transparent forms and LED lights, this project draws from the concept of scuba diving tanks and how they shape intangible gas to create volume.

the designer explains: ‘a line sketched on paper can define a space without really making surfaces. that’s what fascinates me about tubes, they beautifully define their space without covering it with surfaces.’standing 140 centimeters tall, ‘slow moves’ features a small two-watt, high-power LED light. the work will be produced in a limited edition series for karena schuessler gallery in berlin. 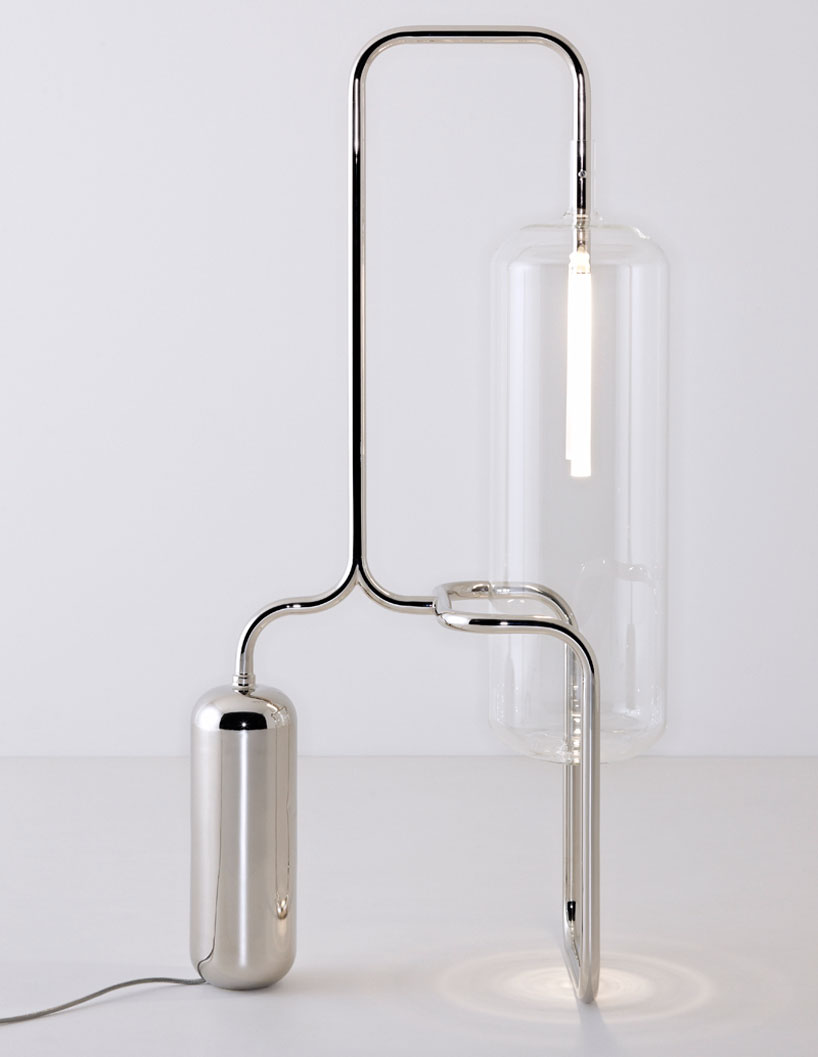 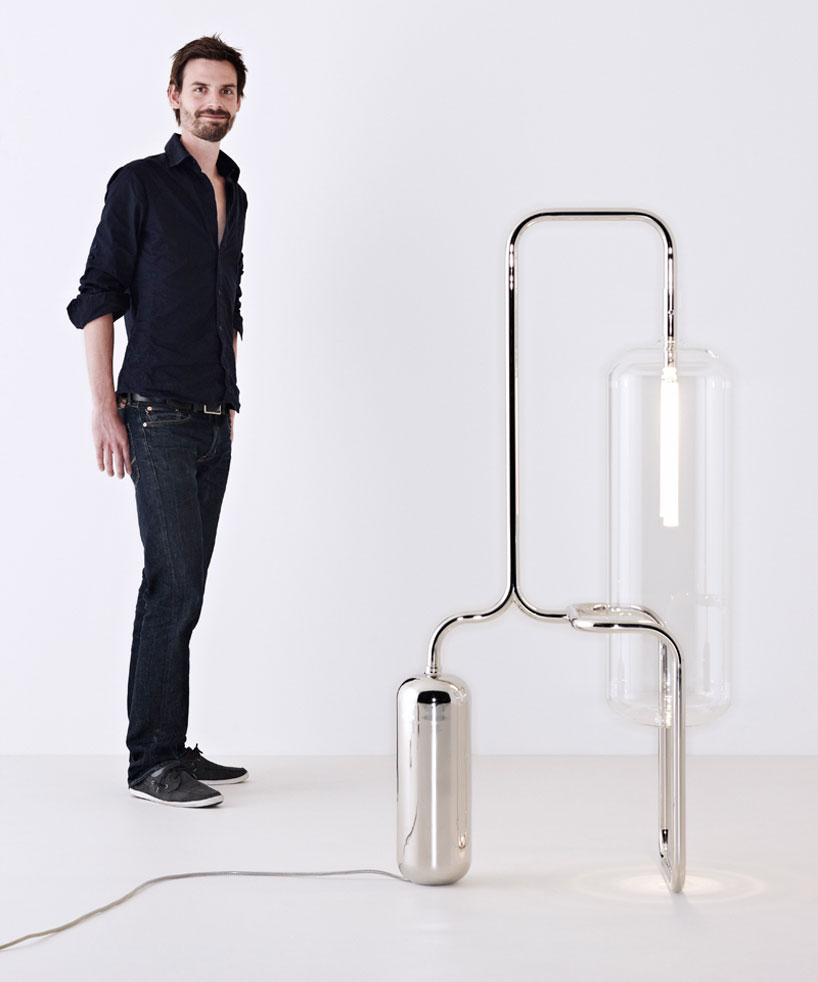 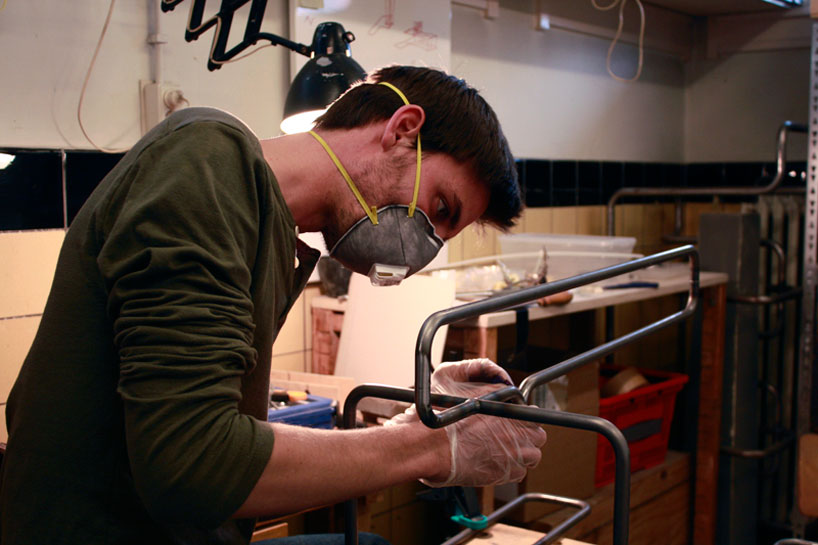 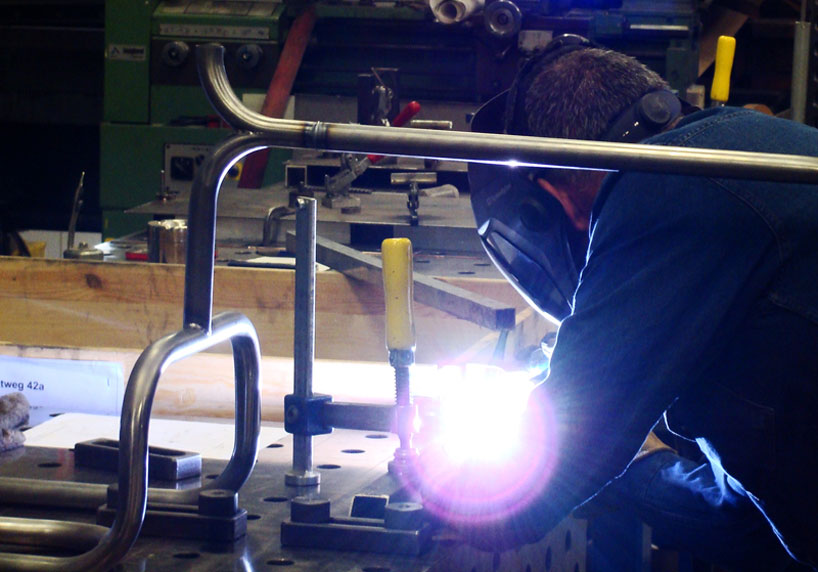 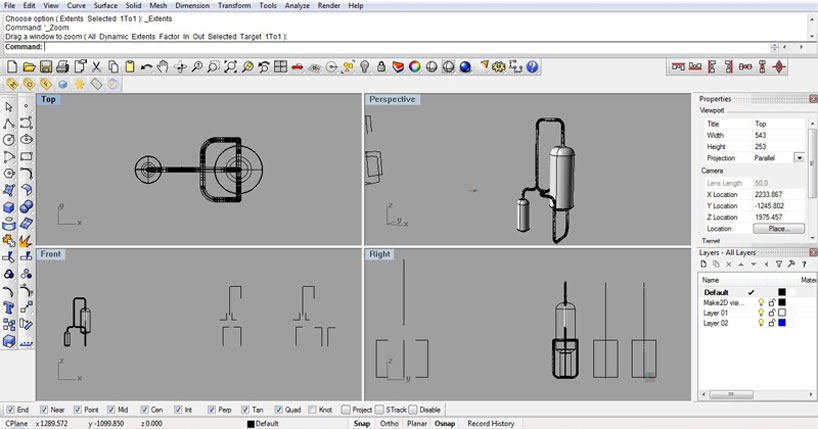 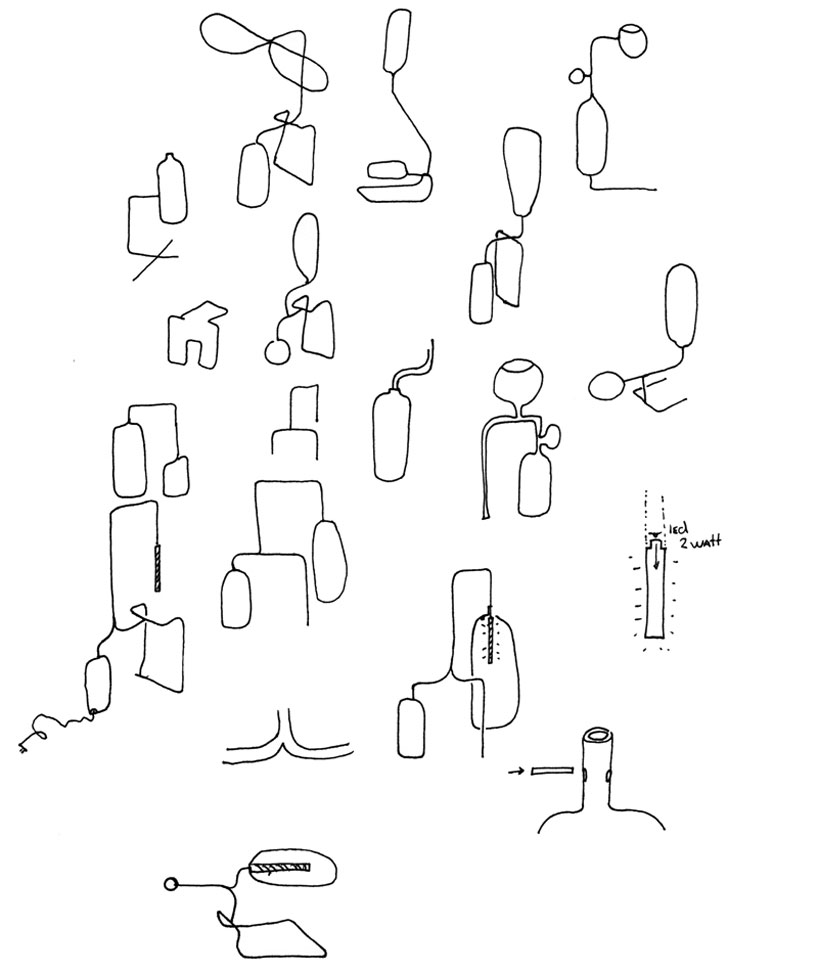 for more on bas van raay, see designboom’s previous coverage of his ‘i am furniture’ series.

Sep 30, 2022
living plant controls a machete through an industrial robot arm
the plant acts as the brain of the robot, determining how the machete swings, jabs, slices and interacts in space.
design
+35.1K shares
readers
connections: +520