the creative practice of fernando and humberto campana takes a lot of its influences from the duo’s brazilian roots. the basis of much of their work is derived from the mediums from which they are made; employing local objects and materials, things which are often overlooked, stripping them down and re-imagining them in new forms as functional pieces of furniture. their latest collection ‘concepts’ continues these themes and explorations, but in a slightly more refined manner than previously seen by the brothers. still expressing the vibrancy of their south american heritage, the new seating, storage, mirror and shelving objects see the campanas working towards a creative practice that focuses on a more ethical and social sustainable means of production.

‘concepts’ is a continuation of fernando and humberto campana’s exploration of recycled and humble materials, bringing them to new levels of appreciation through the re-invention of their original application and purpose. the collection is on show at new york’s friedman benda gallery until july 3rd, 2013. 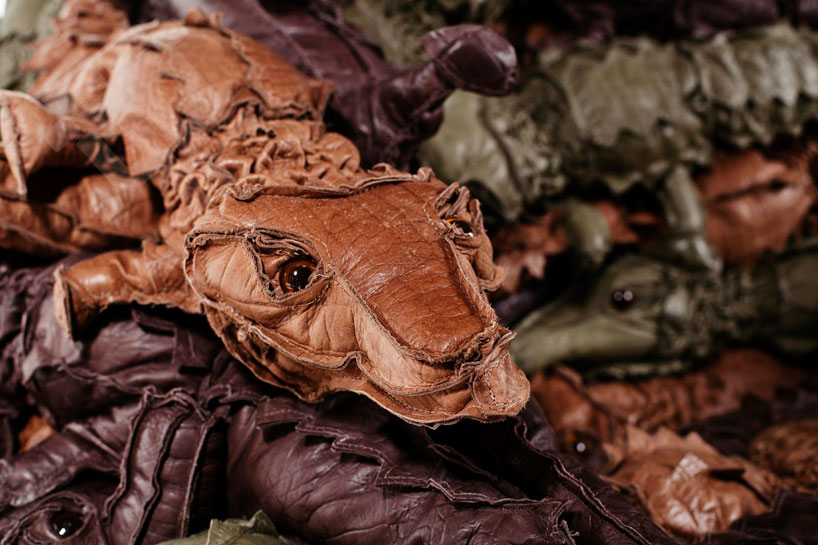 the ‘alligator banquet chair’ and ‘alligator sofa’ recall the studio’s 2004 ‘alligator chair’, in which they utilized a selection of stuffed toy versions of the reptile to form the shell of a playful seating object. these 2013 iterations see the campana’s collaborating with brazilian NGO orientvida. the campana brothers have worked together with underprivileged women to produce the animal components, putting their skills to use and providing them income to support themselves. 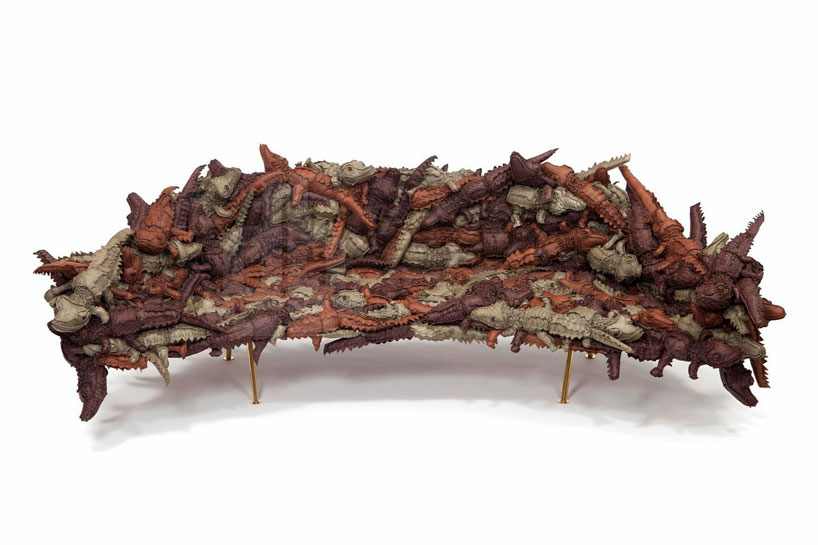 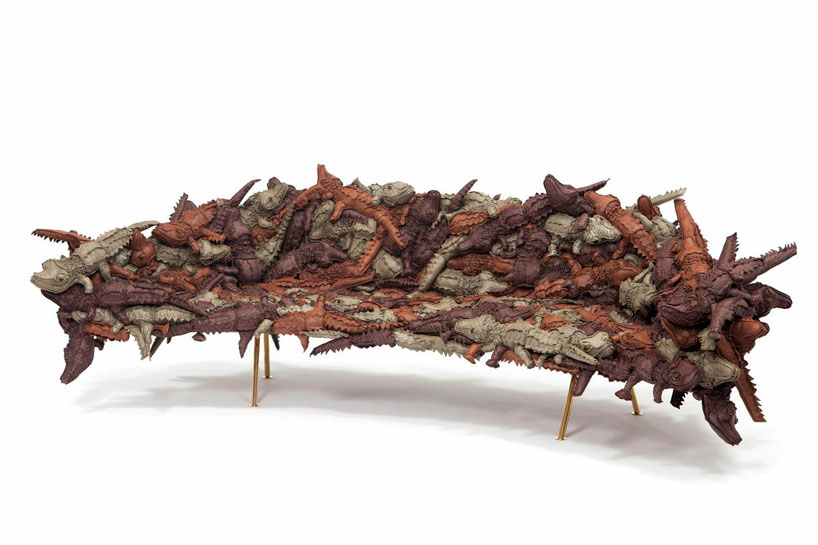 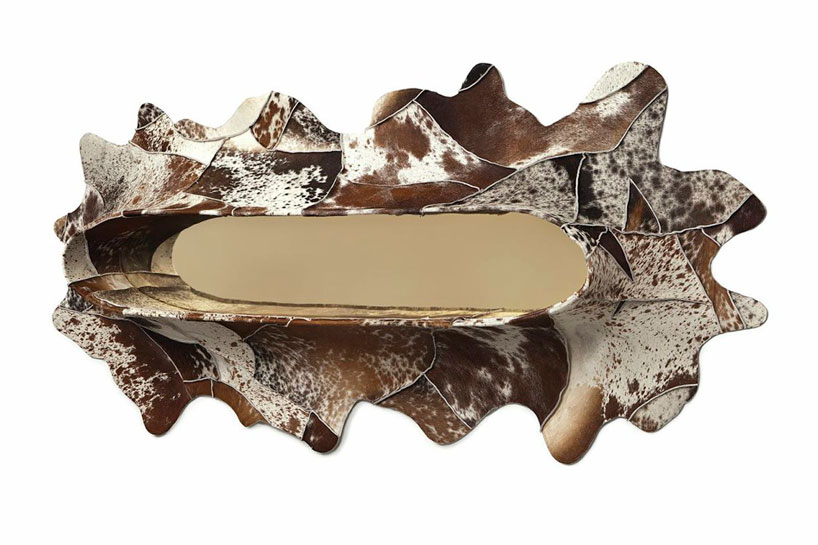 the name implies the form of ‘boca’, which features a large opening recalling that of a mouth whose lip extends as a surface in which to place small objects. off-cuts of cowhide have been applied to the surface of the wall-mounted bookshelf giving it a tactile and patchwork look which is recognizably campana. 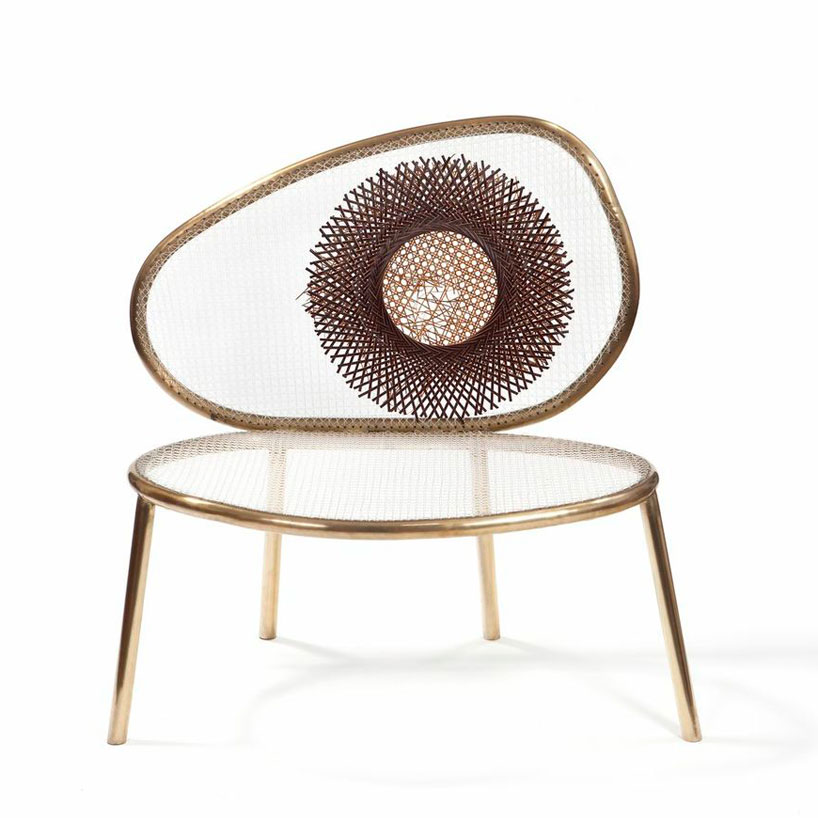 the ‘racket’ chair and screen is formed from a bent brass frame which is completed by a nylon stitched base with a remnants of thonet chair backings inserted into its back, forming what looks like a dream catcher. 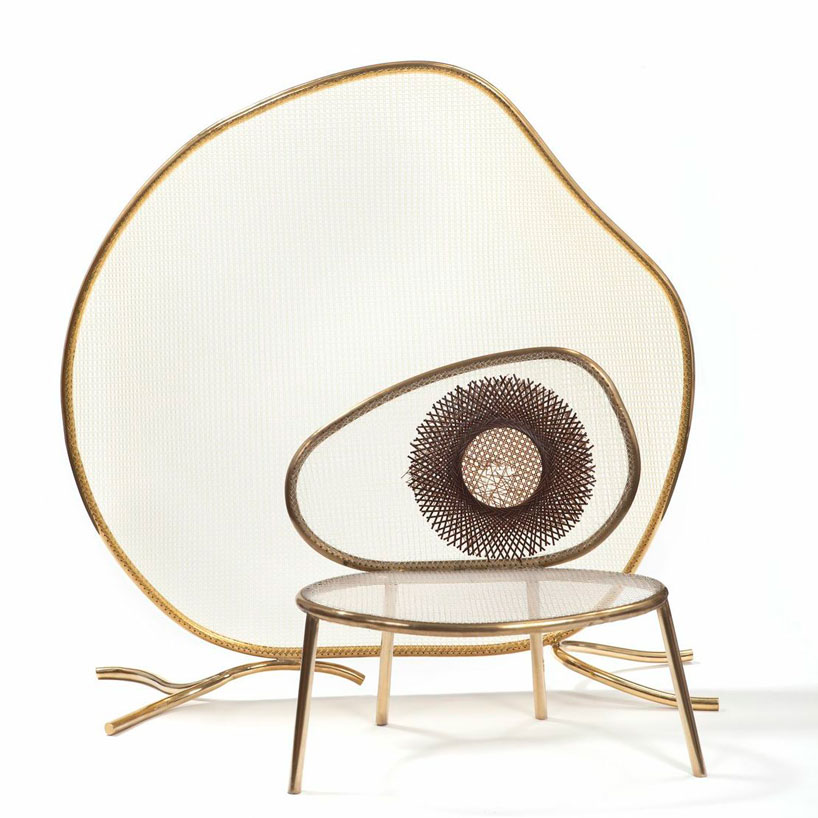 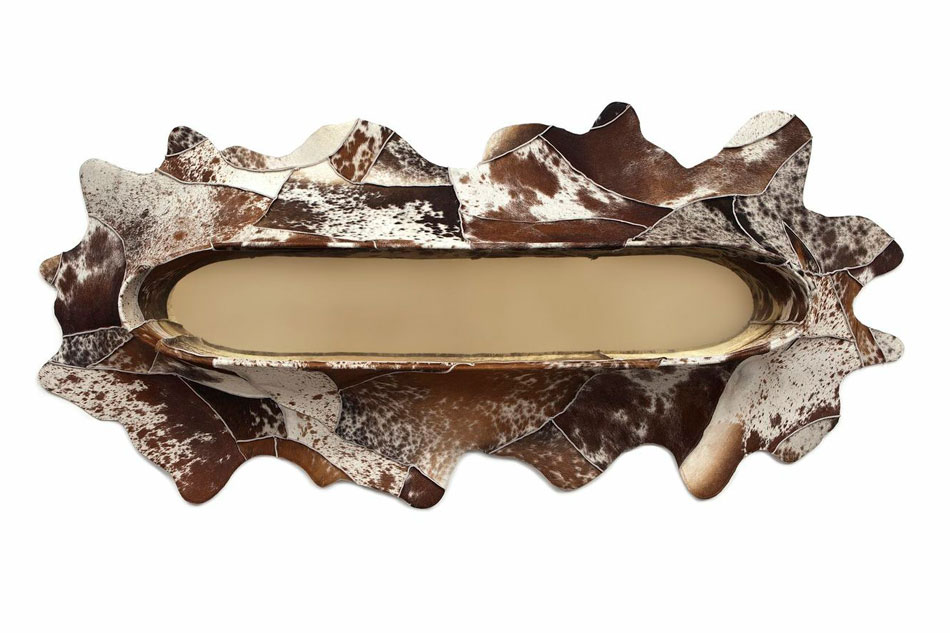 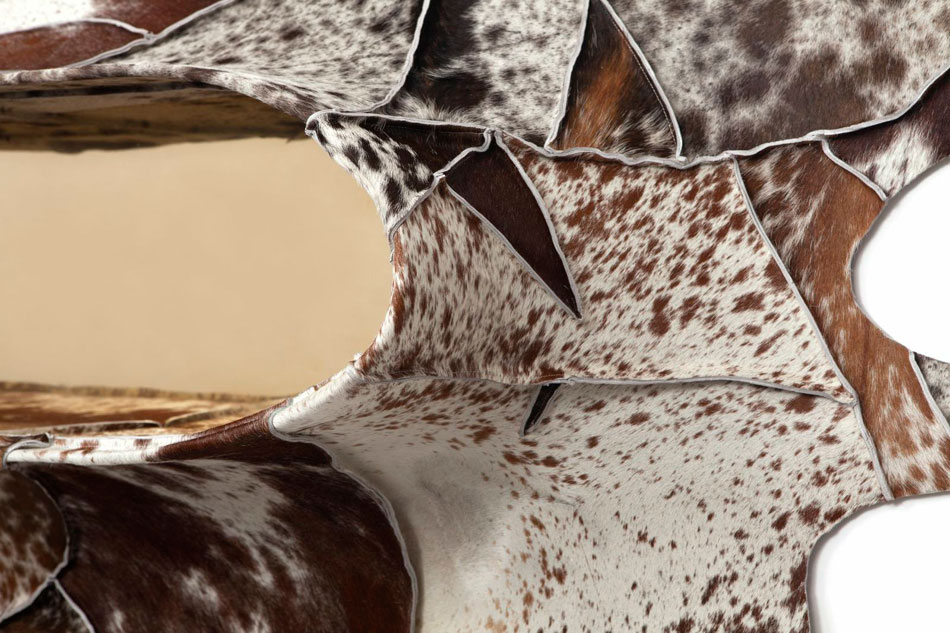 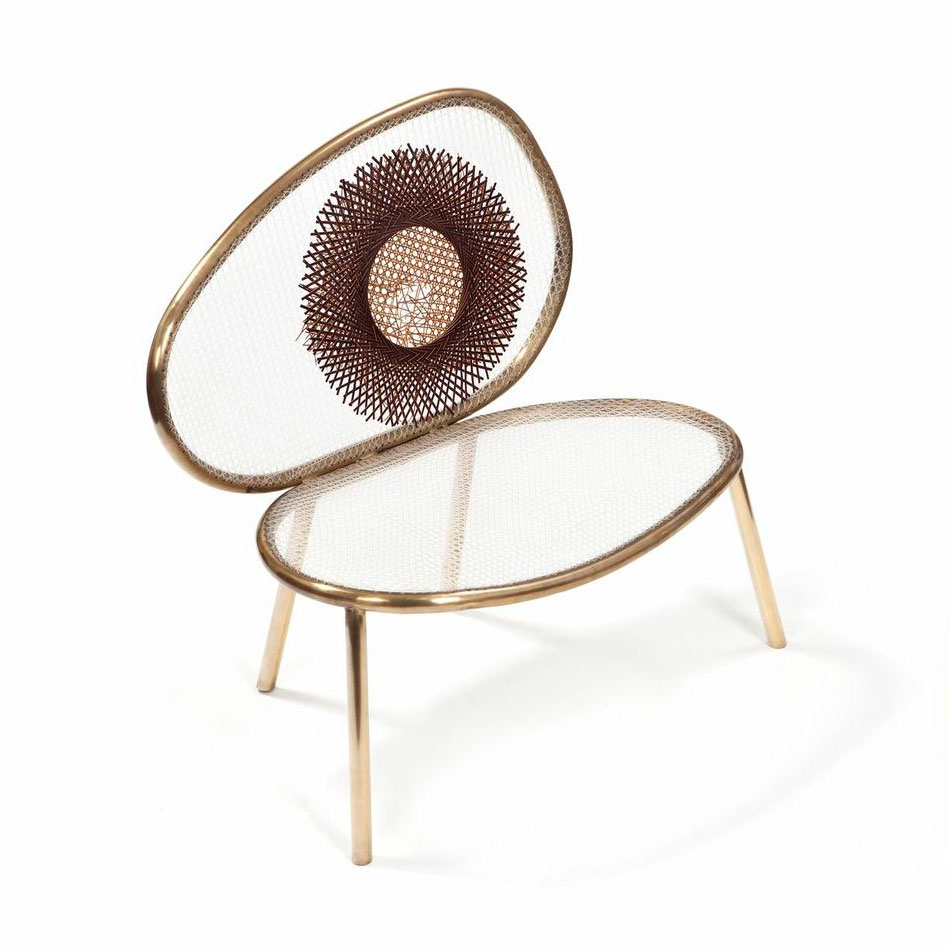 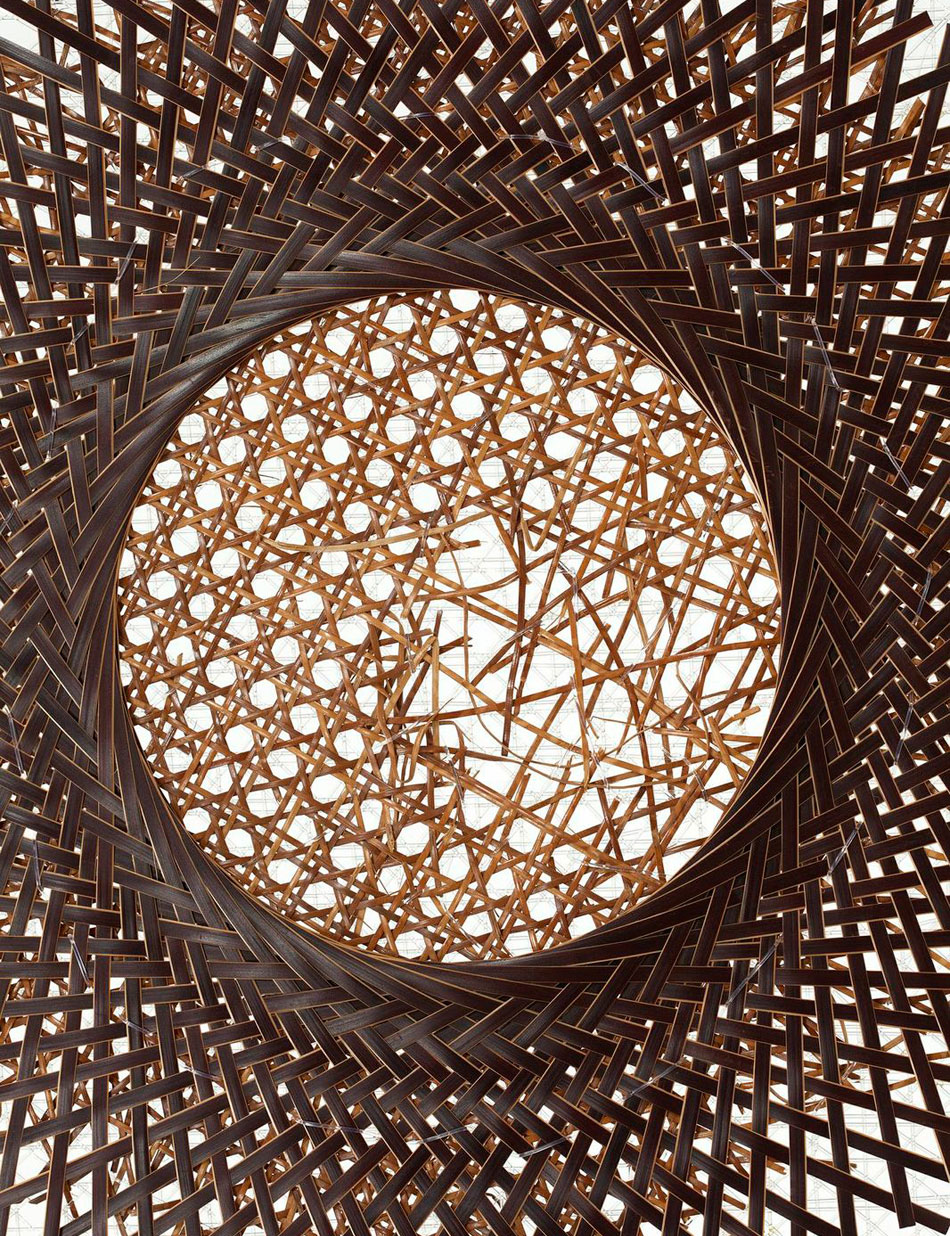 shuhei senda I designboom
0
0
0
password recover
please insert your email below to reset your lost password
your new password has been sent to your email address
thanks for registering
please complete the form below. 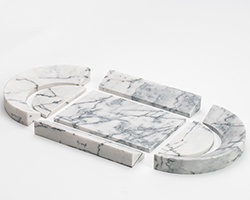 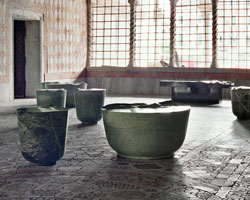 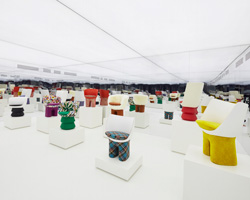 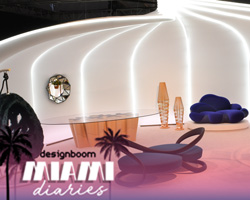 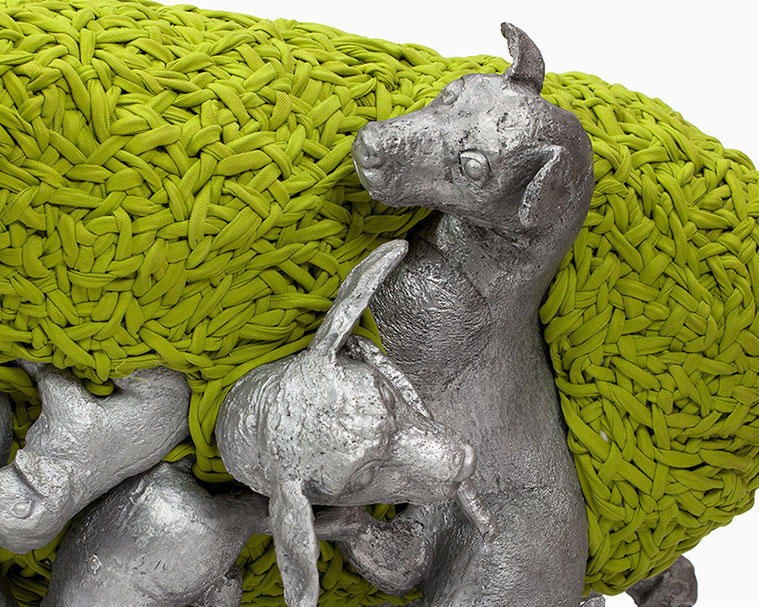 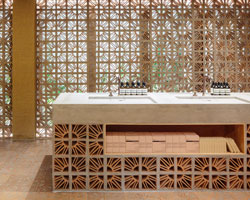