an ashtray from fornasetti’s archive of smoking accessoriesimage courtesy fornasetti

fornasetti: sublime tobacco spazio fornasetti, milanon from the 14th february through to the 30th march, 2013

from february 14th until march 30th, 2013 fornasetti presents a refreshingly ‘politically incorrect’ exhibition named ‘sublime tobacco’ – a title taken from lord byron’s poem ‘the island’ which begins with the very same sentiment. presented at the fornasetti store in milan, italy – a selection of accessories are plucked from the fornasetti archive exhibited to the public for the very first time in fornasetti history. from cigarette boxes, humidors for storing tobacco to match holders, table lighters and ashtrays – the collection will be a surprising and polemic display of accessories from the 1950s and 60s  – articluating the smoking culture of an era past.

all items represented are a relevant part of piero’s atelier production – even though he was not a smoker. the basin-shaped ashtray in its simple form, with relief decoration, or elongated, is the object with which fornasetti created the greatest number of variations, making 592 designs overall and the round ashtray is another object to which he dedicated particular attention, creating 244 decors, some of them still re-edited today. although piero did not smoke it is widely known that the world of tobacco was one of his passions – when asked by cigarette company dunhill to create the pieces, he happily participated in an advertisement picturing himself witha cigarette in his mouth. 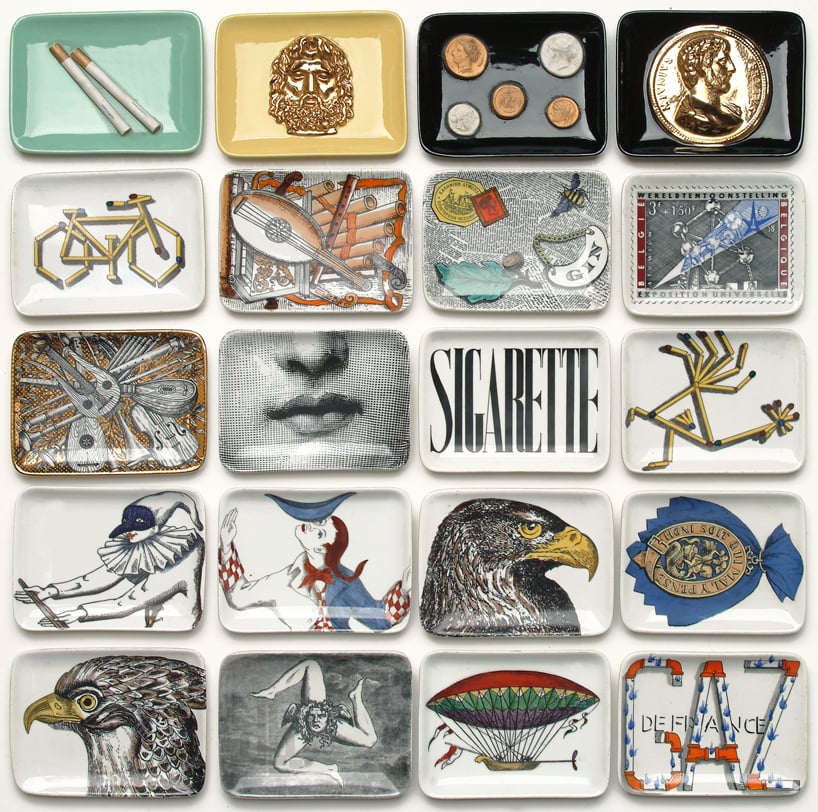 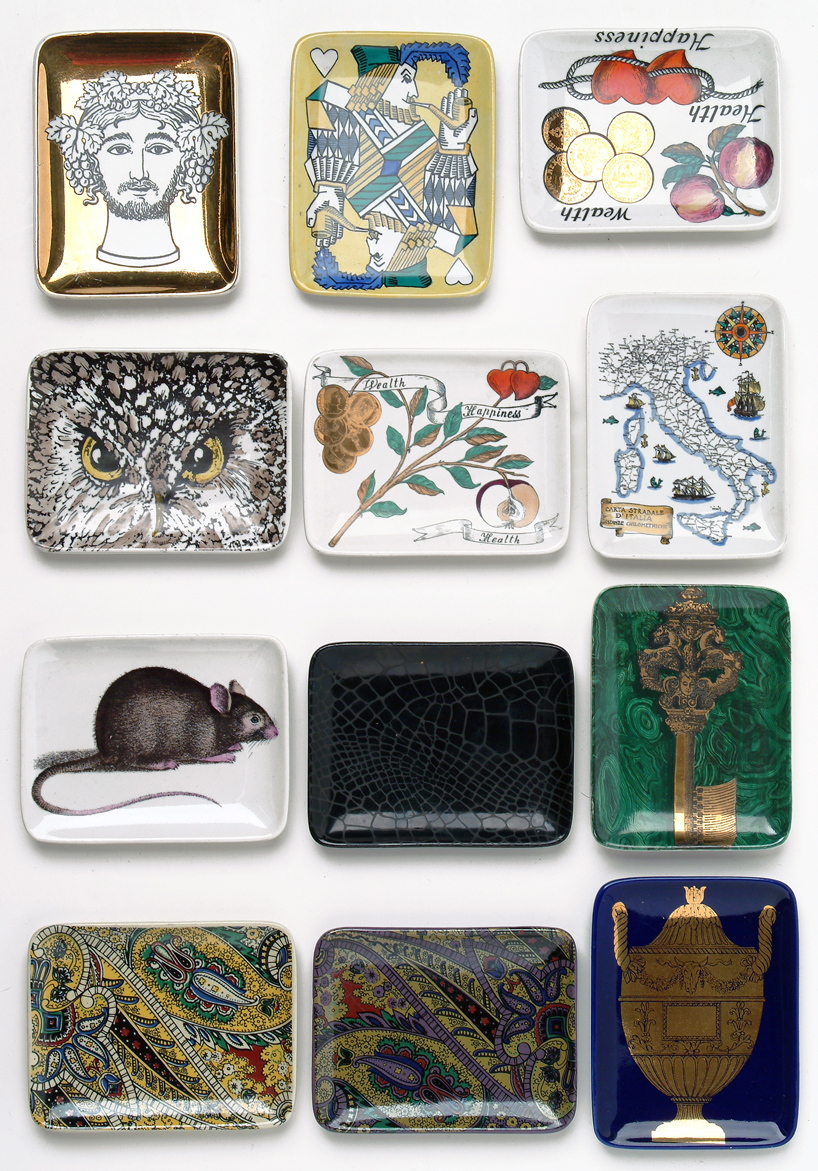