‘sunshine and happiness‘, an infographic created by british graphic designer leigh riley and london-based digital media agency arena quantum for thomas cook budget airlines, compiles a range of information on happiness and sunlight in a discursive look at the misconception that the two are directly related.

the central graphic correlates by country the average number of hours of sunshine, life expectancy, and life satisfaction (as measured by the world database of happiness). ‘sunshine and happiness’ also maps the results of two major global happiness surveys, lists facts about the salutary effects of sunlight, and includes other interesting facts, using a combination of national surveys, the ‘happiness index’ created by facebook based on status posts, and thomas cook airline’s own data. 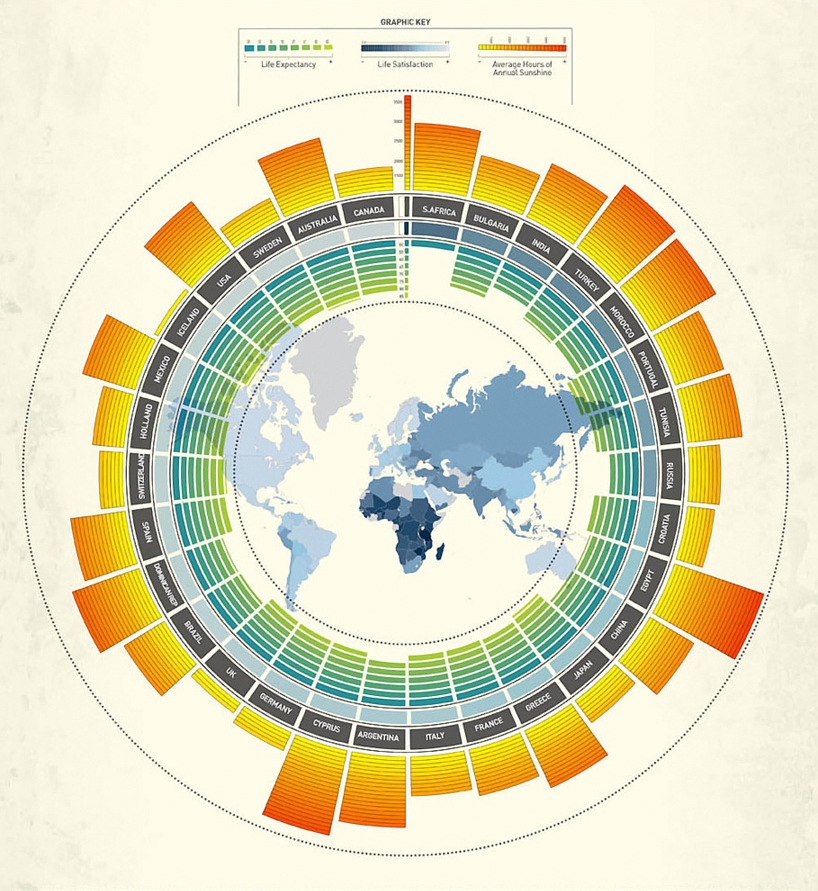 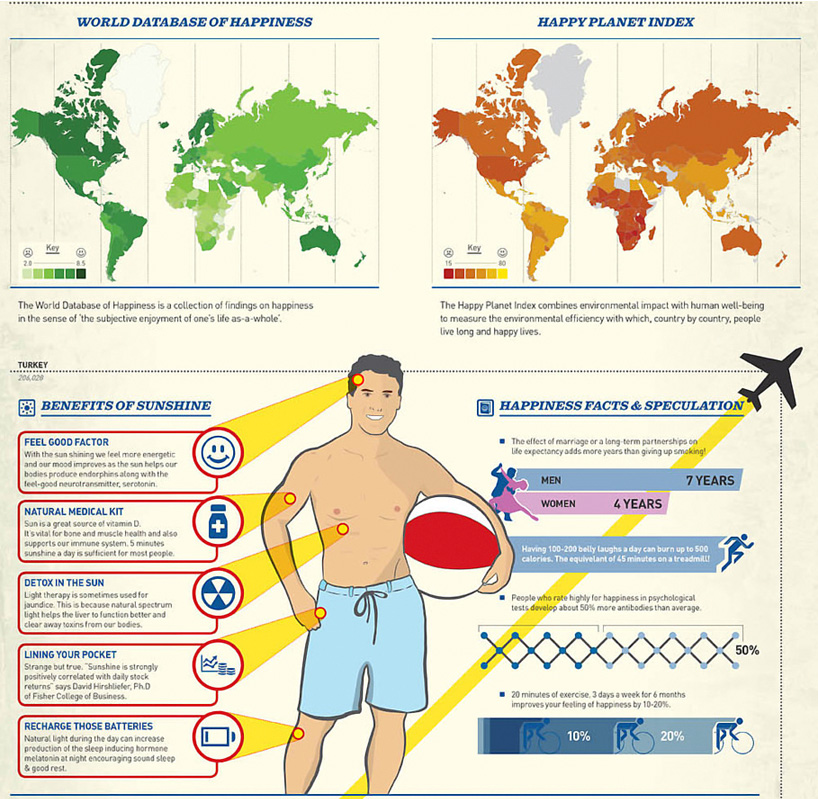 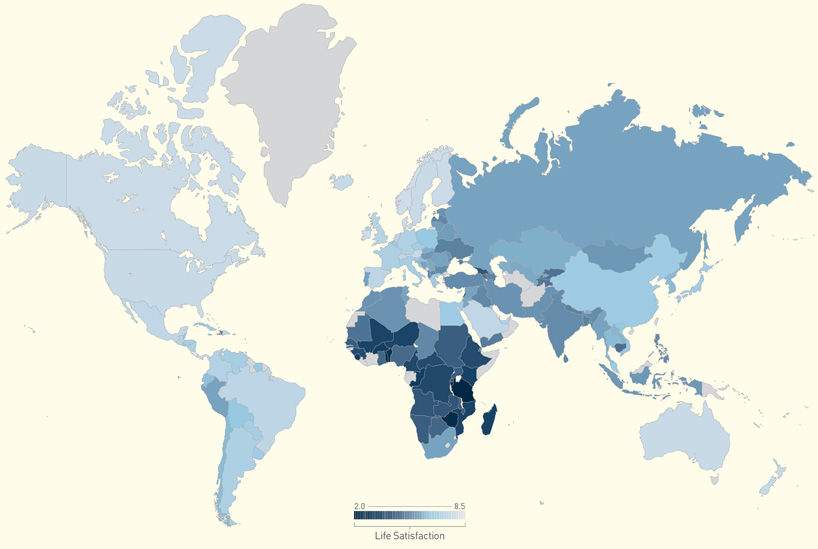 detail on the life satisfaction heat map in the central graphic 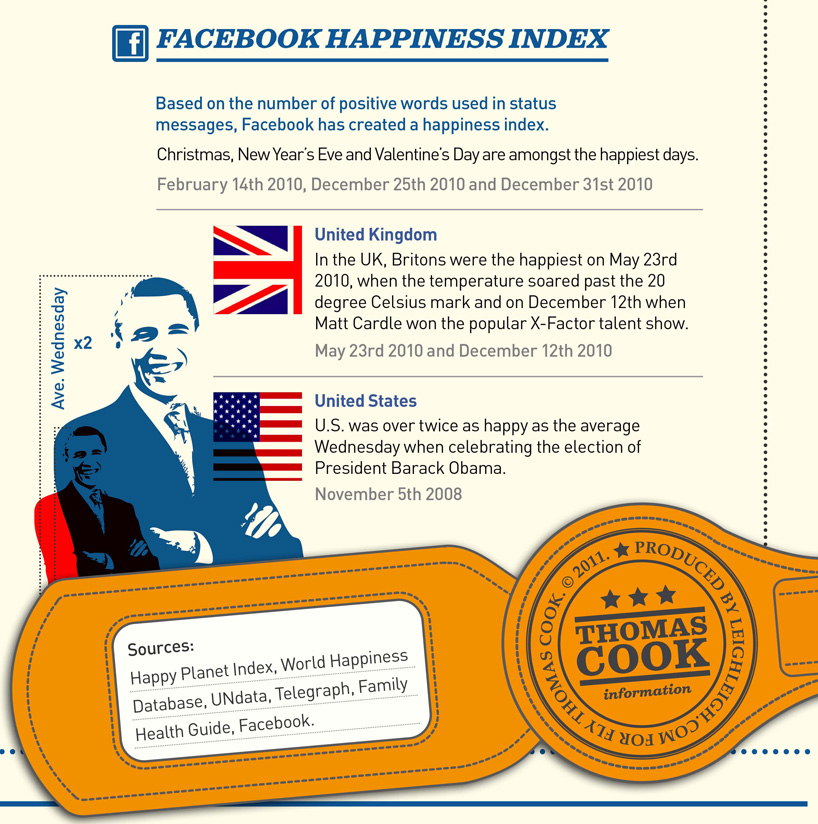 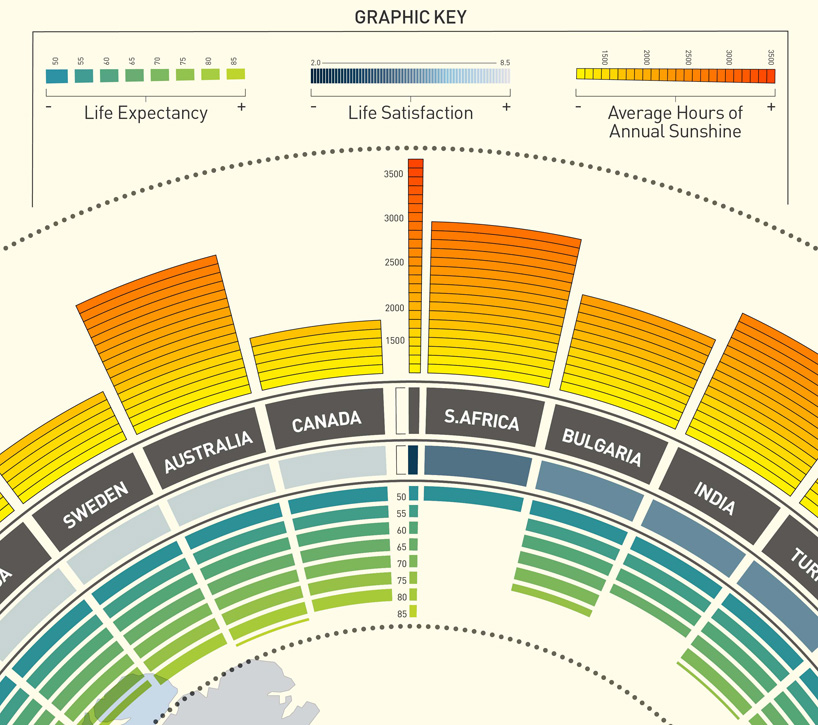