SuperPausée by collectif vous is a macro-tent, result of the superposition of two canadian tents whose wooden structure have been replaced by steel tubes. it is an offbeat ode to camping, playing with its codes through its geometry, its apparent lightness, its minimal footprint, and its textile materiality. also, it is assembled by force of arms, without lifting motors, like a traditional tent. each of the pieces is handy, all of them are assembled on the ground to create the structure, which then rises by simply bringing the feet together like a folding camping stool. 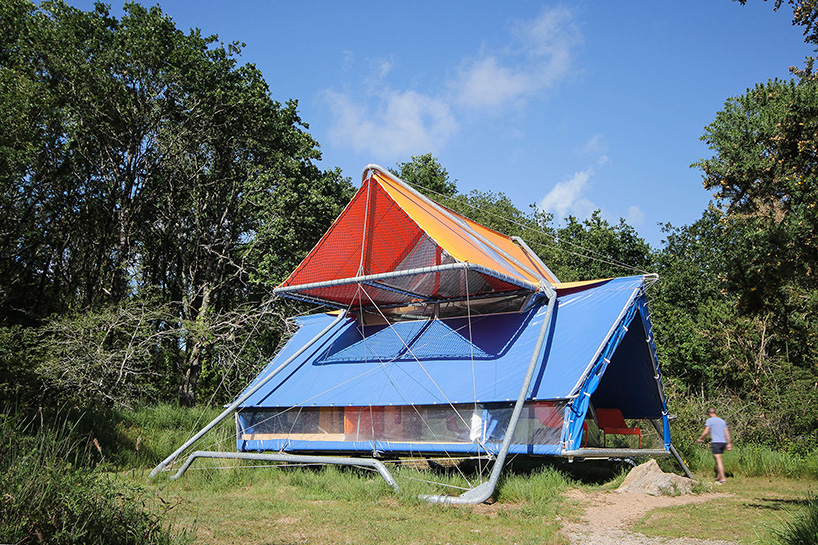 designed by collectif vous to accommodate five guests in the open-air hotel la belle folie, the SuperPausée offers two levels of suspended floors for a total area of 50 m². downstairs, the living room adjoins the covered terrace, which a removable textile allows to evolve into a winter garden according to the seasons, and to a technical unit grouping bathroom and WC.

upstairs, a bedroom perched 4 meters above the ground opens generously onto the treetops, while opposite, a large outdoor trampoline allows visitors to enjoy the nights under the stars. the high and low spaces communicate by a suspended stairway leading to a stair landing under a flexible canopy, ideal to read and rest. offering as many gables as there are cardinal points, the SuperPausée opens onto the surrounding forest landscape by four large triangular framings. 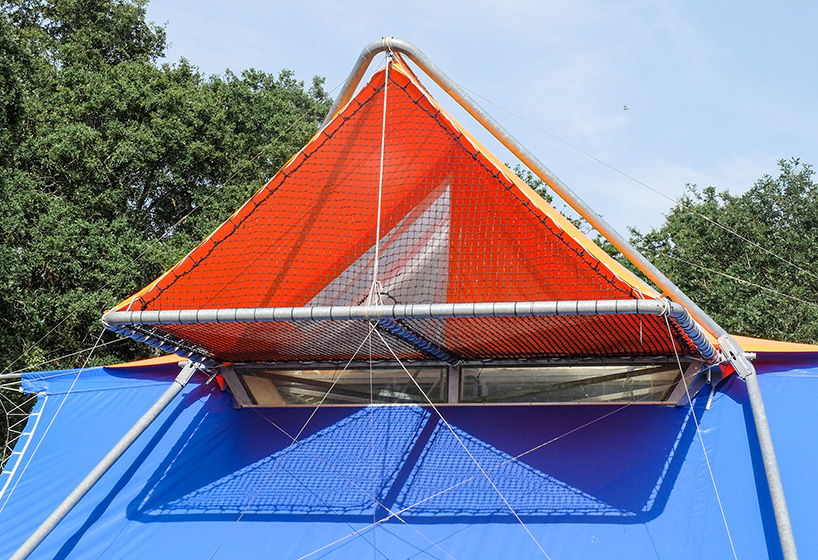 placed on four specific supports, the project is built entirely in suspension, remaining the natural terrain intact. beyond its relationship to the ground, the lightness of the project is also expressed in its cunning design: Its double textile envelope ensuring insulation and waterproofing, its handy-movable exo-structure, and its tensioning fittings. finally, SuperPausée is resolutely a breton project, at the crossroads of camping and boating. 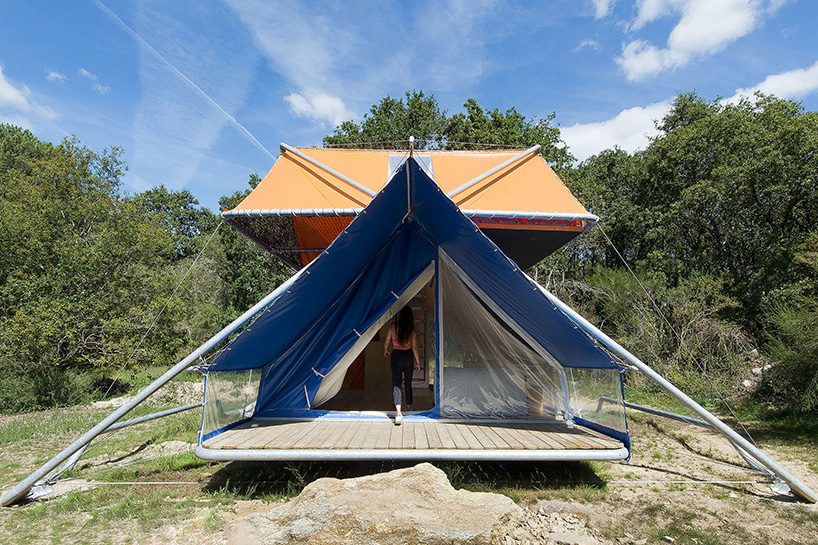 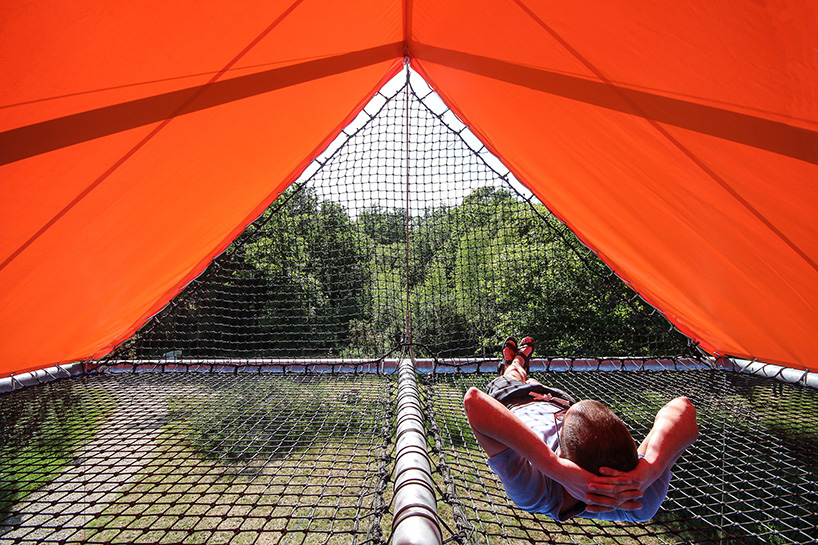 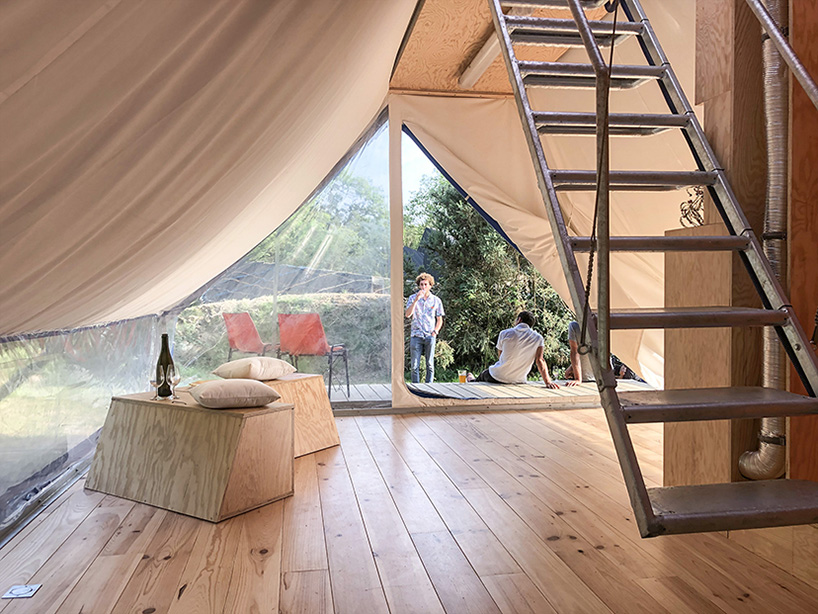 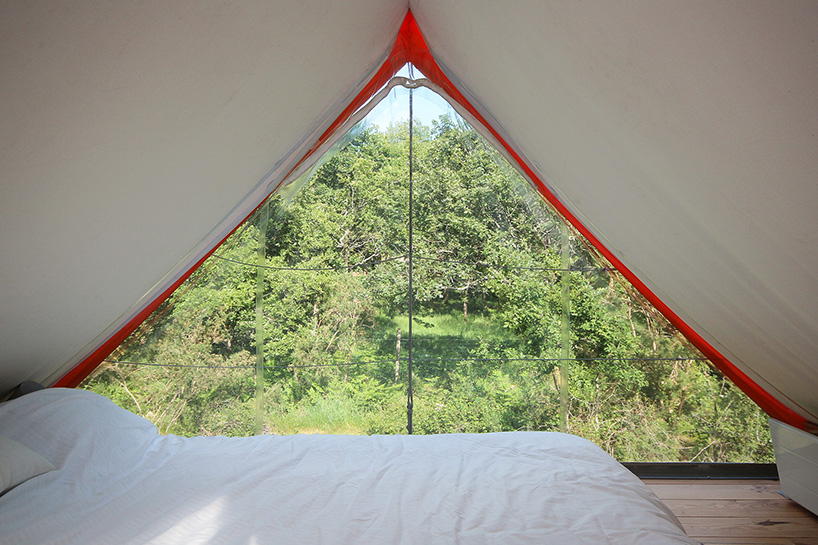 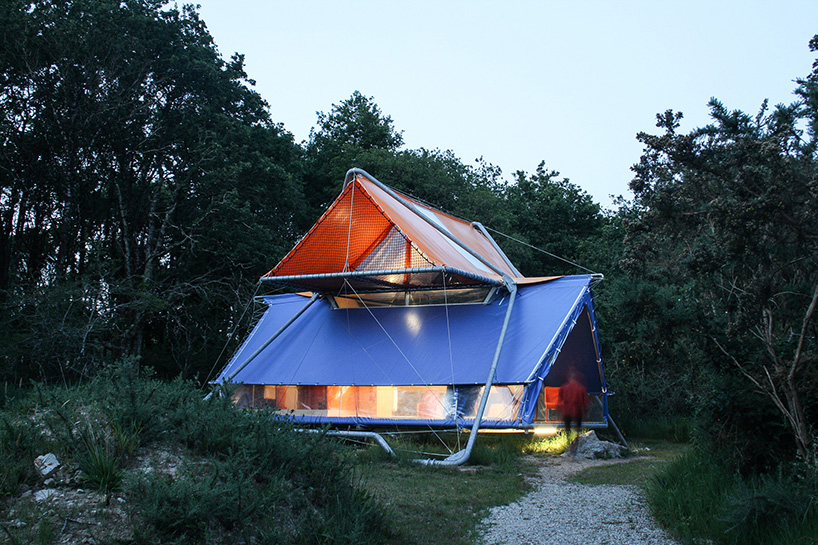 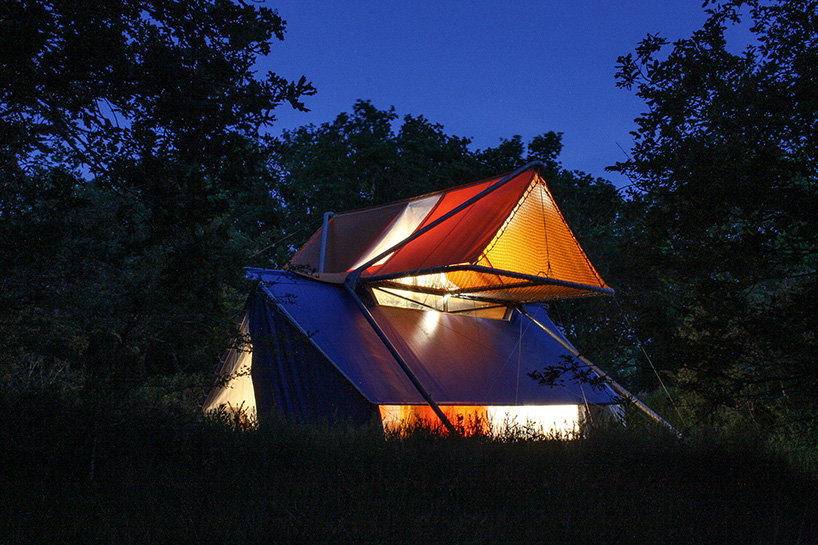 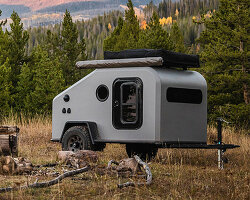 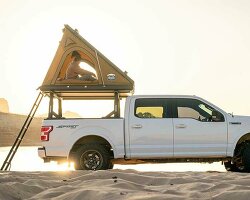 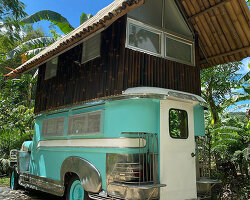