works by british designer and suzanne lee of biocouture are now featured in the ‘power of making‘ exhibit by the crafts council at the victoria and albert museum in london, england. biocouture’s ‘eco-textile’ production explores the potential for regulated and industrial textile manufacturing by means of bacterial cellulose grown in a solution of sweetened tea.

the artist is able to harness the malleability

of select microbial cellulose during the fermentation of these cells to create textiles. the yeast base as well as the green tea and sugar solution are produced within her biocouture laboratory. lee first creates a green tea and sugar solution to be mixed with yeast and other microorganisms. as the introduced material begins to feed upon the green tea solution, a fine-spun cellulose thread mat grows. after the proper dimensions have been attained, the designer then dries the material, either molded over 3D forms or lain flat and cut and sewn into grown-fabric clothing. 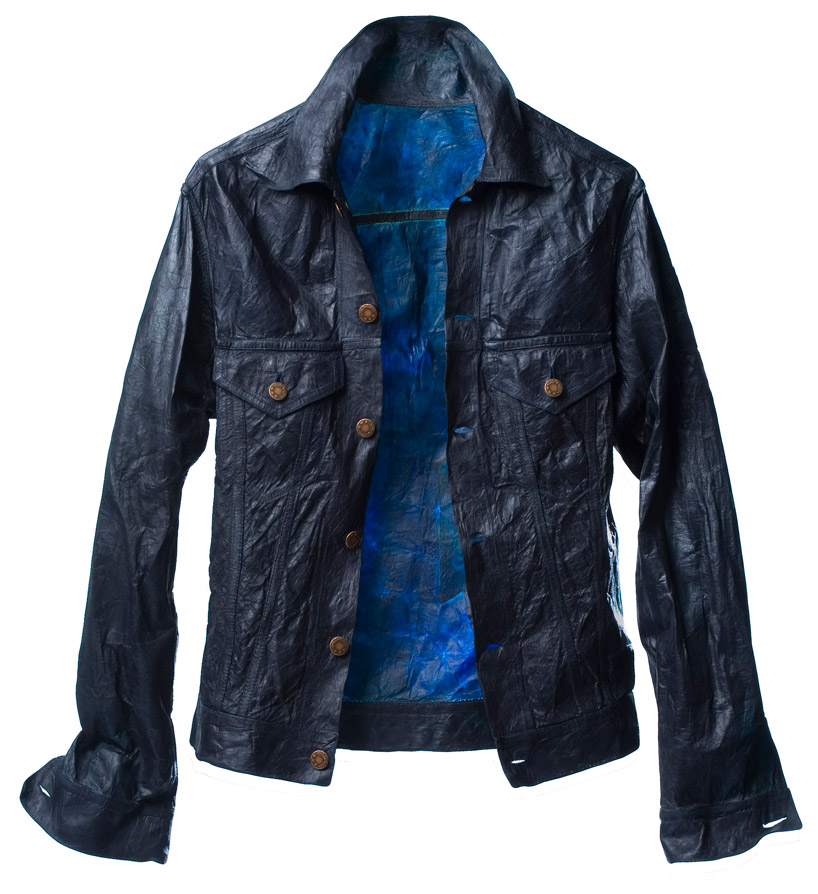 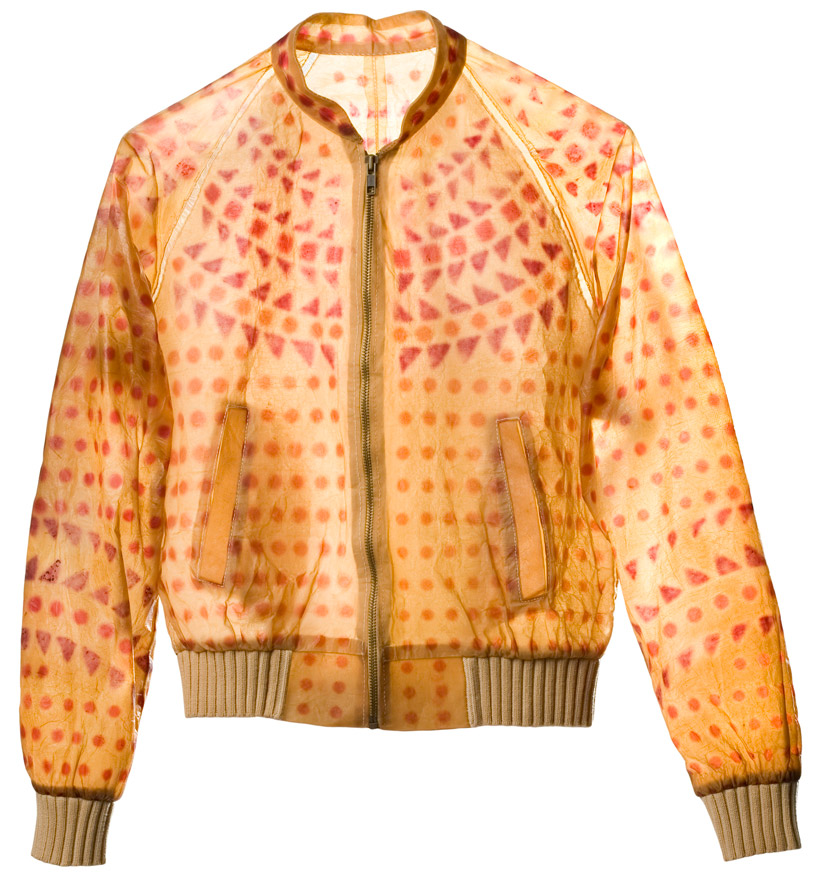 in her ‘scar bodice piece, the artist wanted to make a piece that looked uncannily like human skin.

‘when wet it can be formed over 3D shapes so this bodice was constructed by applying a pattern of dried beans to a wooden body form and allowing the wet cellulose material to dry down onto it. it took about a week before it could be lifted off, I then sewed in a conventional zip fastening (as yet there is no biodegradable alternative). the scarification pattern was inspired by various african tribal markings. the bean shape is similar to the (microscopic) bacteria which produce the cellulose so there’s a resonance that appeals to me, ghosts of the nanofibril factories that spun the cloth’ -suzanne lee 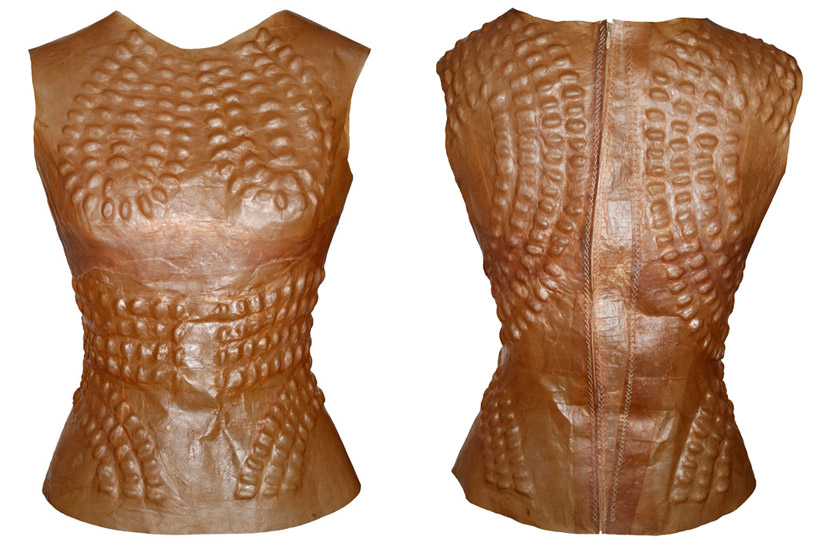 for the ‘power of making’ exhibition, lee chose to model her work after a prototype bag already existing within her design portfolio. she experimented with the quality and texture of her microbial cellulose medium, striving for a leather-like appearance in its final form. the body of the bag was formed on a 3D wooden mold with metal studs adorning the parameter– this detail was added in order to influence the dried shape of the textile with the imprint and oxidation of these forms, producing a simple decorative pattern. the tote bag is intended to showcase the refined nature of modern craftsmanship, witnessed in the combination of highly-modern techniques with more traditional methods. 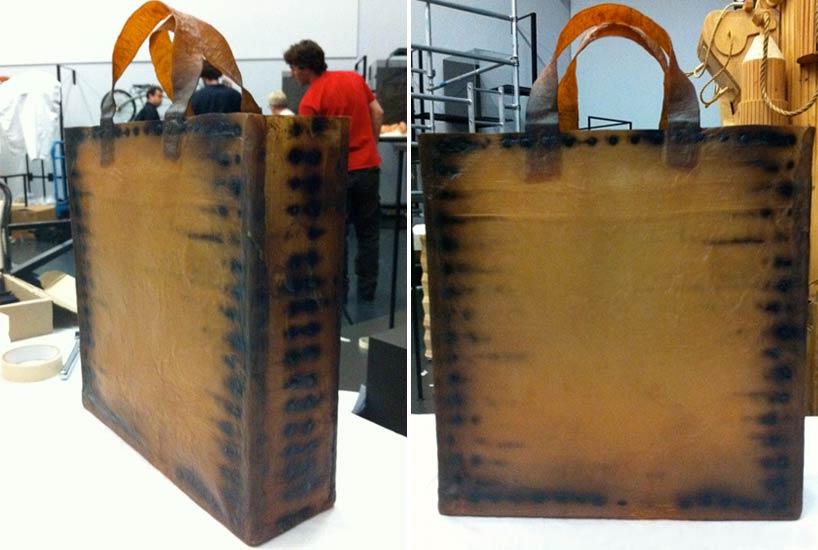 the tote-bag in progress, the uncovered mold featured on the left, and the right image showing the body of the piece, just after the material is lain over the frame 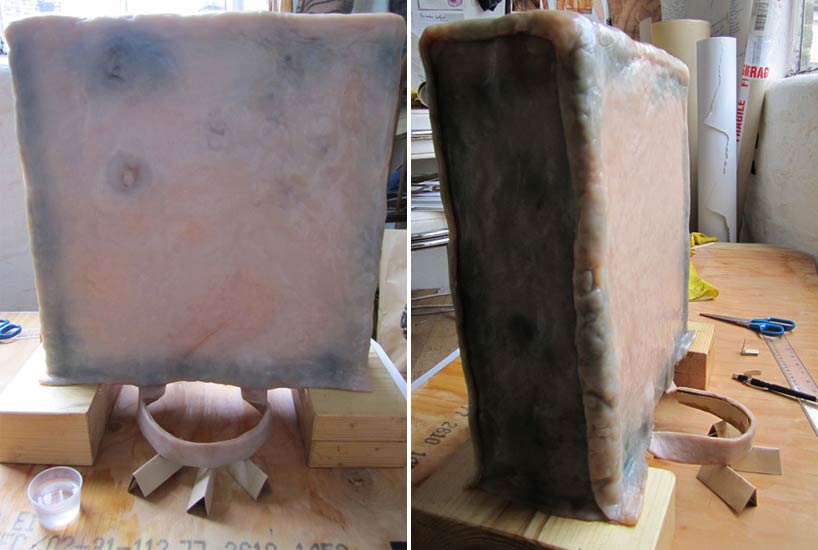 the work, mid way through its drying process, after the handles to the body of the piece have been attached 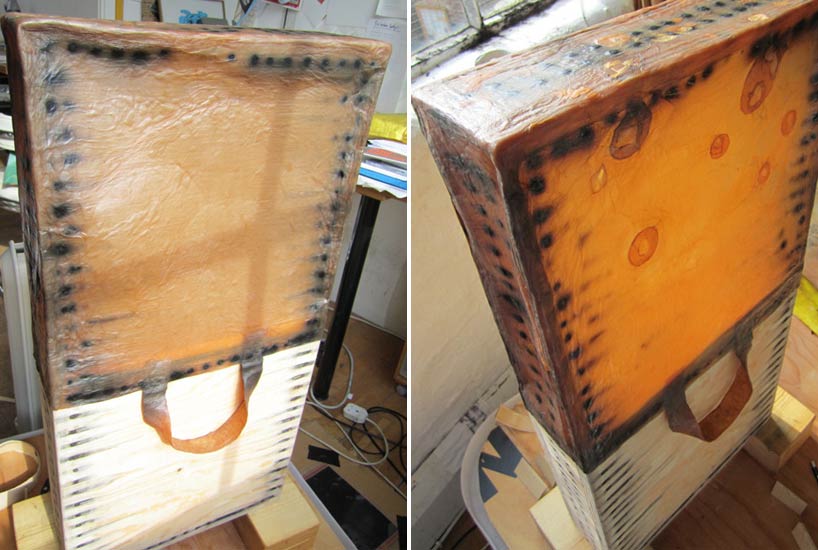 ‘tote-bag’ after completion, being lifted from the mold