swedish designer monica förster and björn kusoffsky have been invited to create their personal interpretation of svenskt tenn – a historic design company with an interior design shop in stockholm, founded in 1924 by estrid ericson, who recruited josef frank to the company 10 years later. using the original pattern marble 4420 by josef frank as a starting point, they have applied it to a series of products and used it in a video installation, shown at svenskt tenn’s temporary store – a former cinema house ‘astoria’ in the center of stockholm. svenskt tenn concurrently reintroduces the marble textile theme printed on velvet.

the marble 4420 pattern, which is radically different from the typical frank flowery patterns of svenskt tenn, is said to have been sketched when josef frank had encountered the art of jackson pollock, during this stay in new york in the 1940s. monica förster and björn kusoffsky have created a 3D installation with handmade artifacts and a film which explores the depths of josef frank’s world of patterns.

‘this collaboration lets us experience how two of the most fascinating designers of our time combines today’s technology and creativity, making josef frank’s patterns come to life,’ says thommy bindefeld, marketing manager at svenskt tenn. ‘the choice of film as a medium followed quite naturally from the fact that svenskt tenn now has a temporary location in a former cinema house.’ 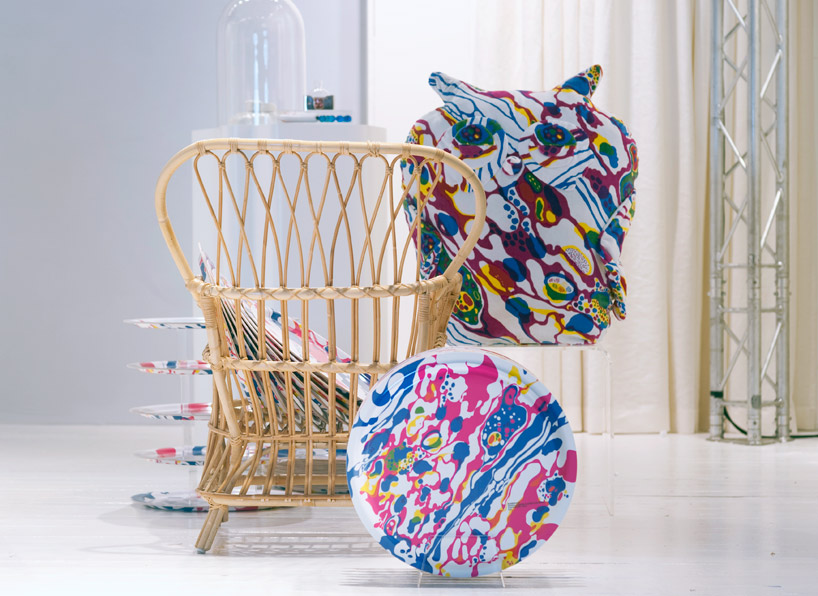 in addition to the objects included in the exhibition, monica förster and björn kusoffsky have also created a tray and a flower table, a limited edition for svenskt tenn. the former cinema stage was used for product display, whilst in the background the film was played on the actual cinema screen. 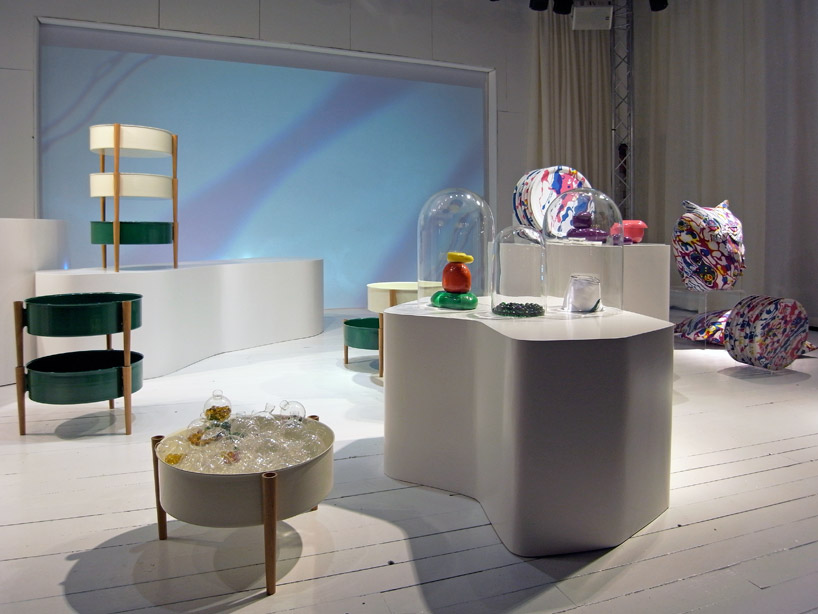 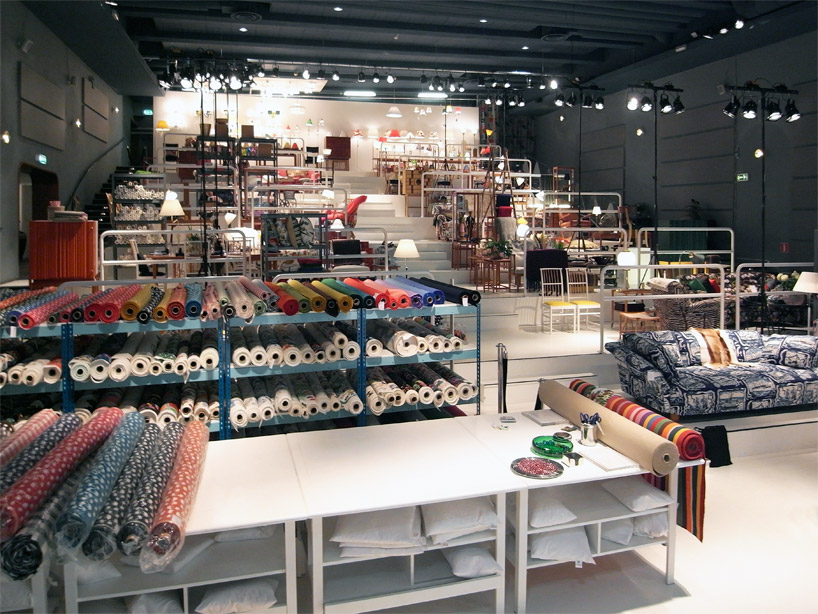 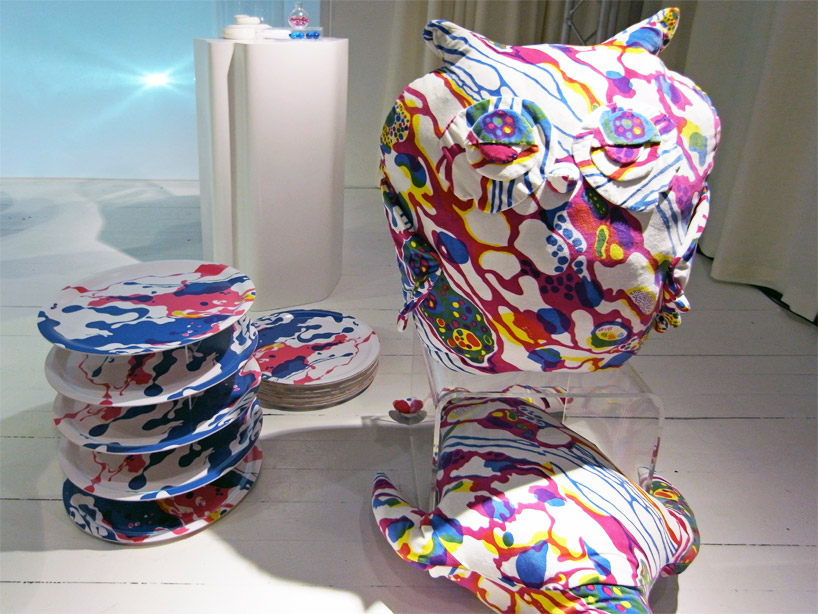 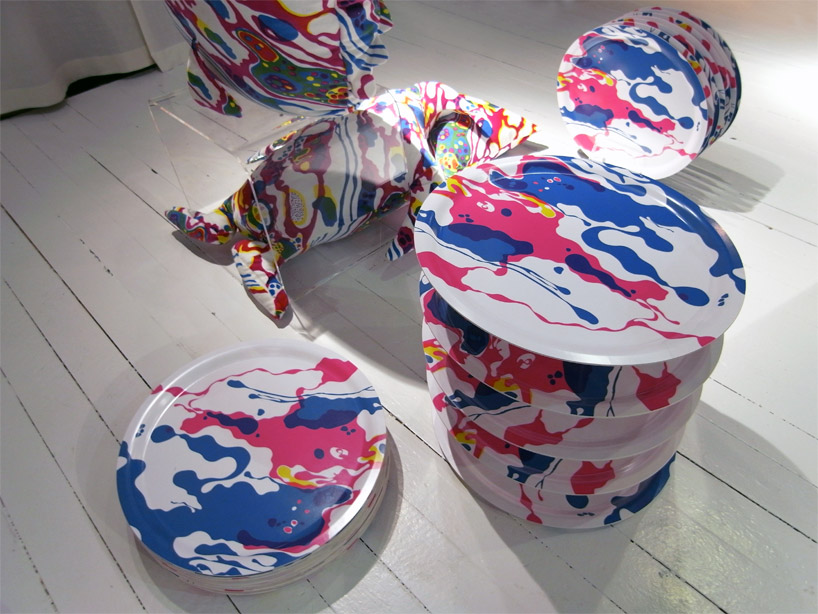 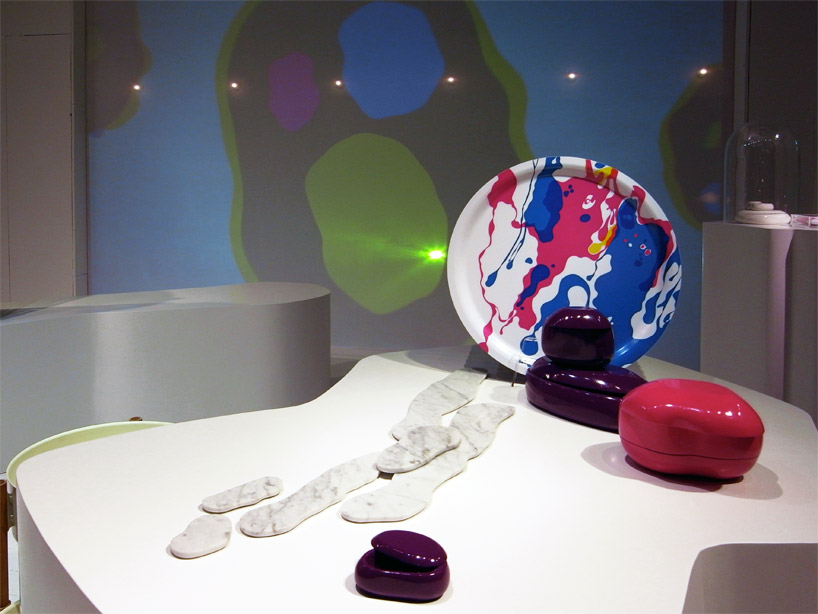 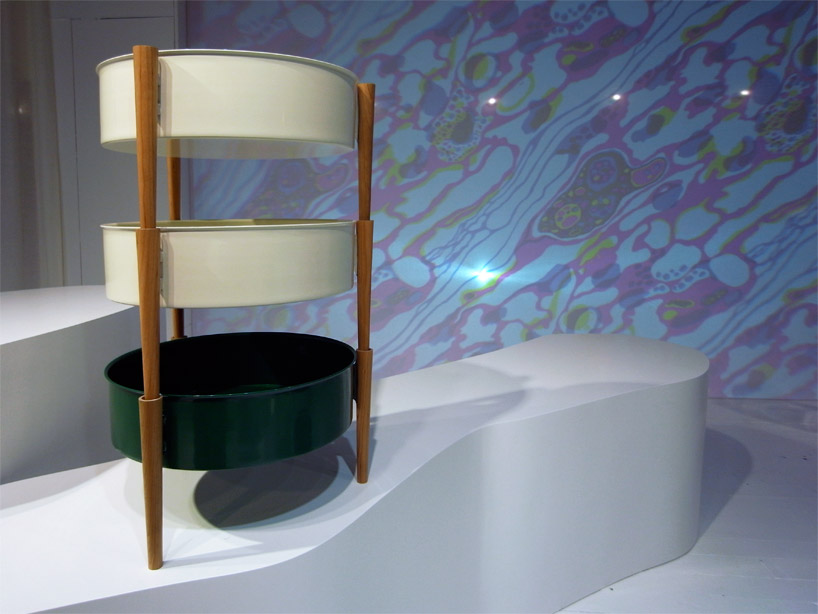 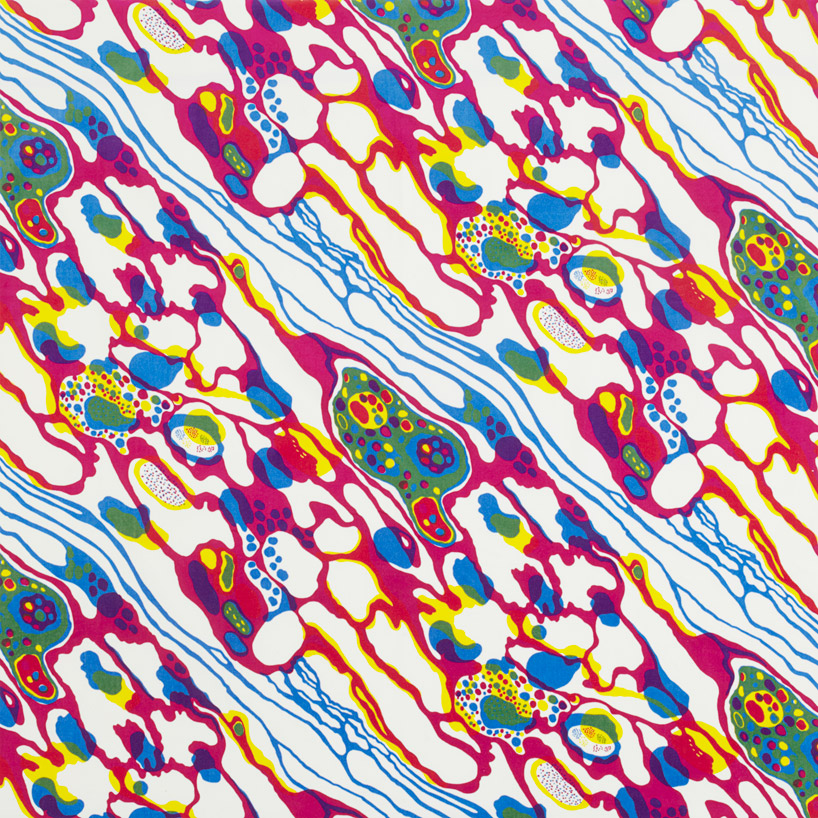 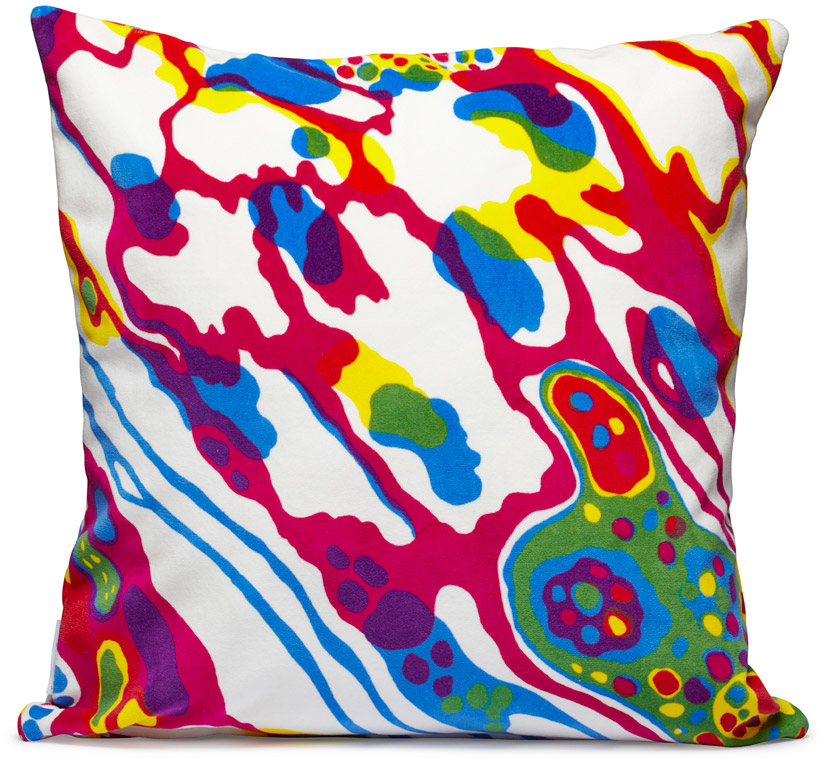 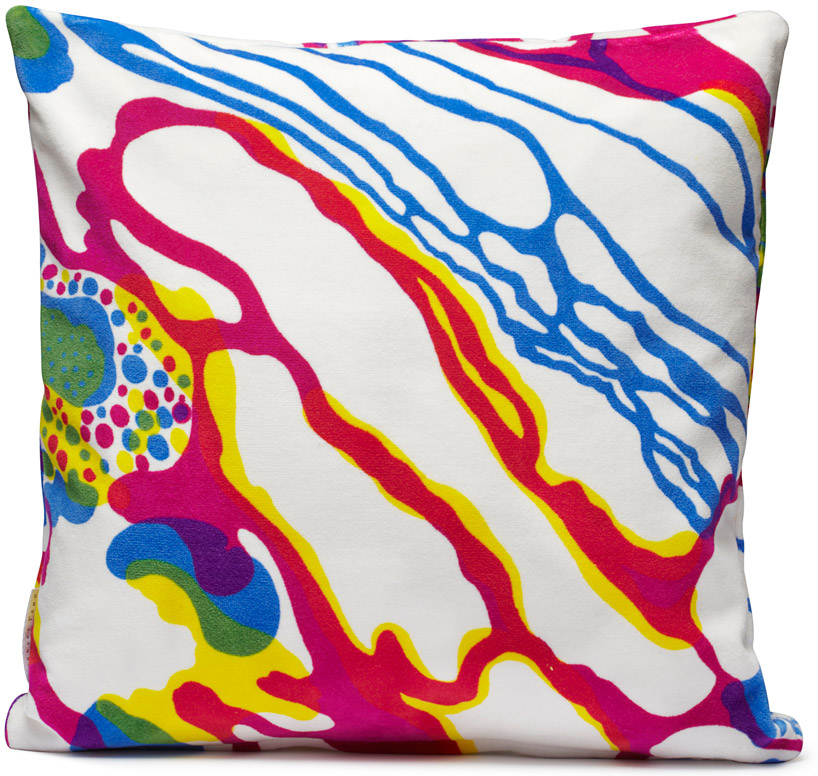 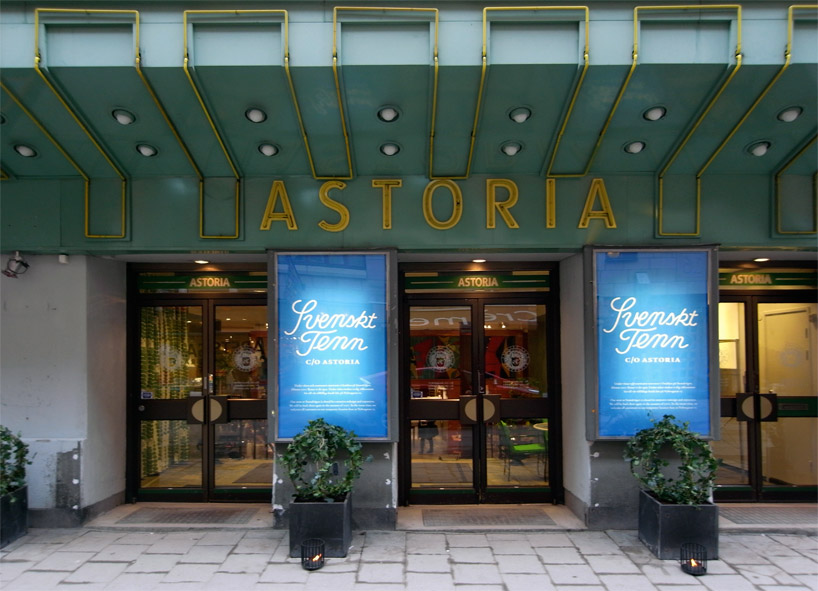