the emotigun, a wireless 12v sling shot that shoots facebook likes, was created by tadas maksimovas and, unsurprisingly, inspired by a meme of sylvester stalone. forearms glistening, fists gripping a 50 caliber, the old meme showed rambo unloading ammunition into a forest. the ammo was of course photoshopped 2008-style and the bullets were replaced with hundreds of blurry facebook thumbs: a rambo-way of telling someone, ‘I like it.’ a few years ago that early-facebook meme simply emphasized a like, but in 2019’s socially exhausted, instant-gratification-addicted climate, a weapon that pelts social media reactions at an artist dressed as mark zuckerberg is a much darker sort of humor. 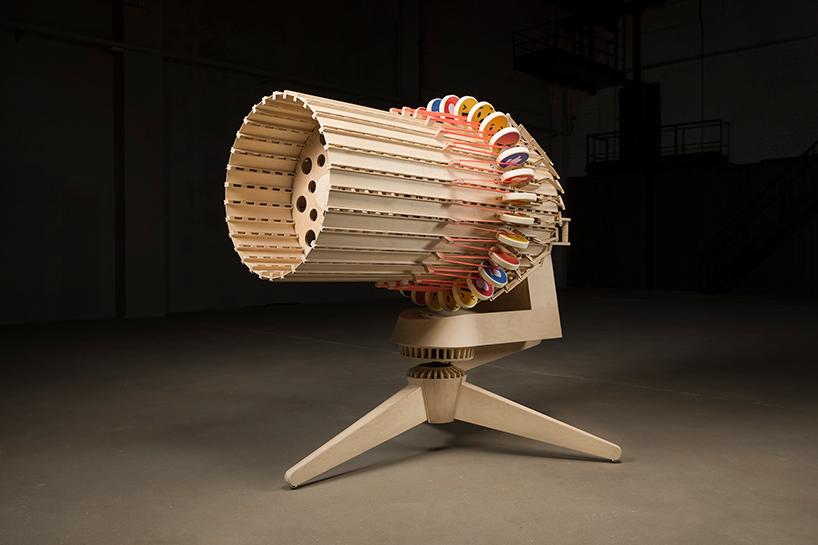 all images courtesy of tadas maskimovas

in the video above, the creator behind the project, tadas maskimovas, stands in front of his creation, dressed in a navy blue suit — intentionally similar to the one mark zuckerberg wore when he spoke with congress. tadas proceeds to fire likes, hearts, wows, angers and tears at his face. he stands their getting pelted for awhile, then throws up an ironic thumbs up at the end of the video. 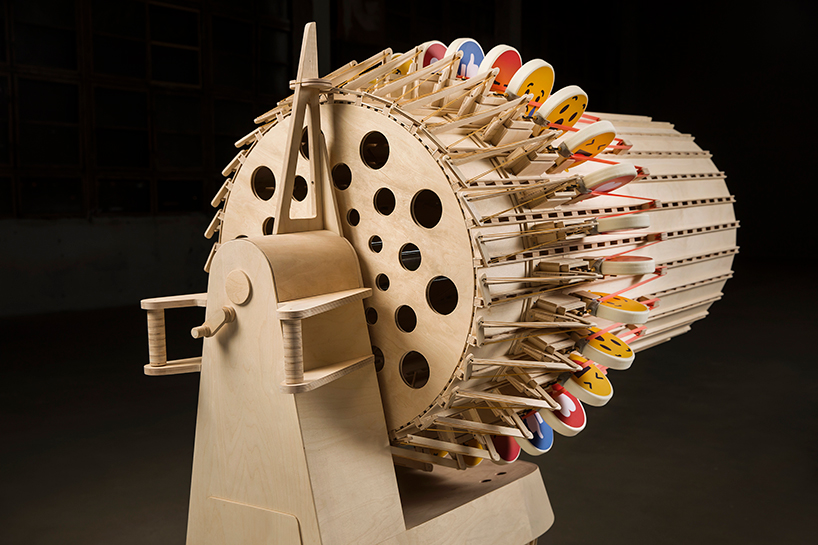 this IRL meta-meme was first prototyped by youtuber jorge sprave, who regularly creates cool weaponry mods, many of which are virtually harmless. next, the final concept was handed over to and designed by martijn koomen. 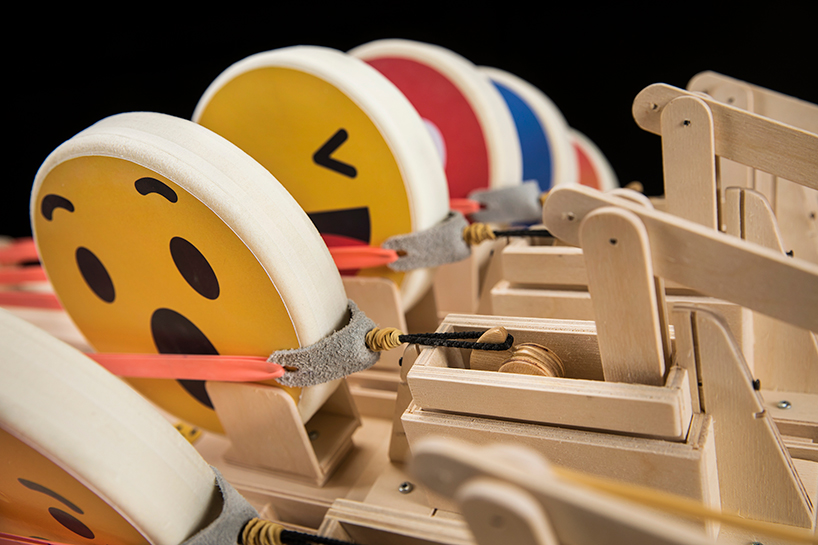 in all, tadas, dressed as zuckerberg, took over 200 facebook reactions to the face. on social media, many receive far more than that per day and many receive far less — but the real question is, would we want more reactions from friends and strangers if we had to get liked or wowed or hearted in the face every time? 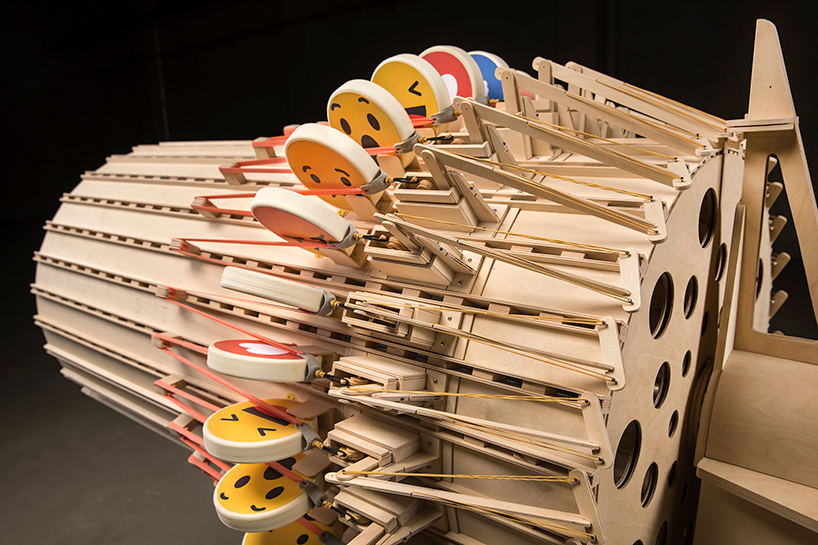 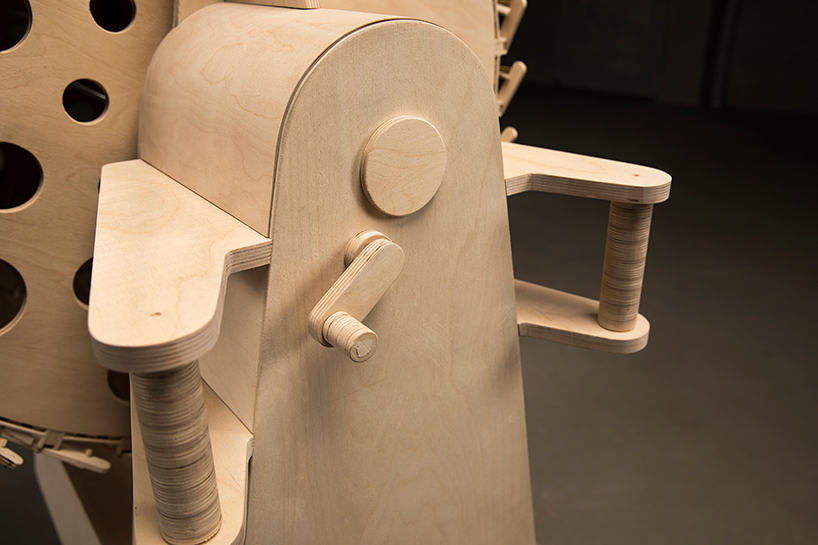 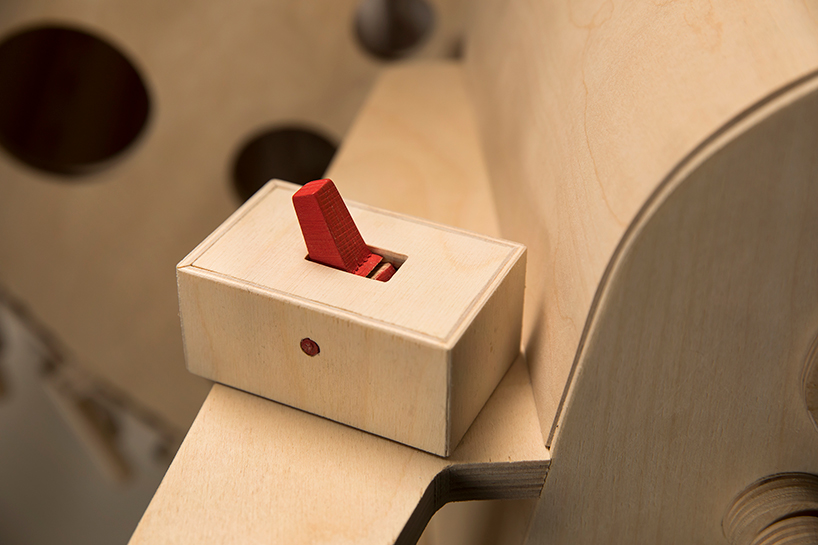 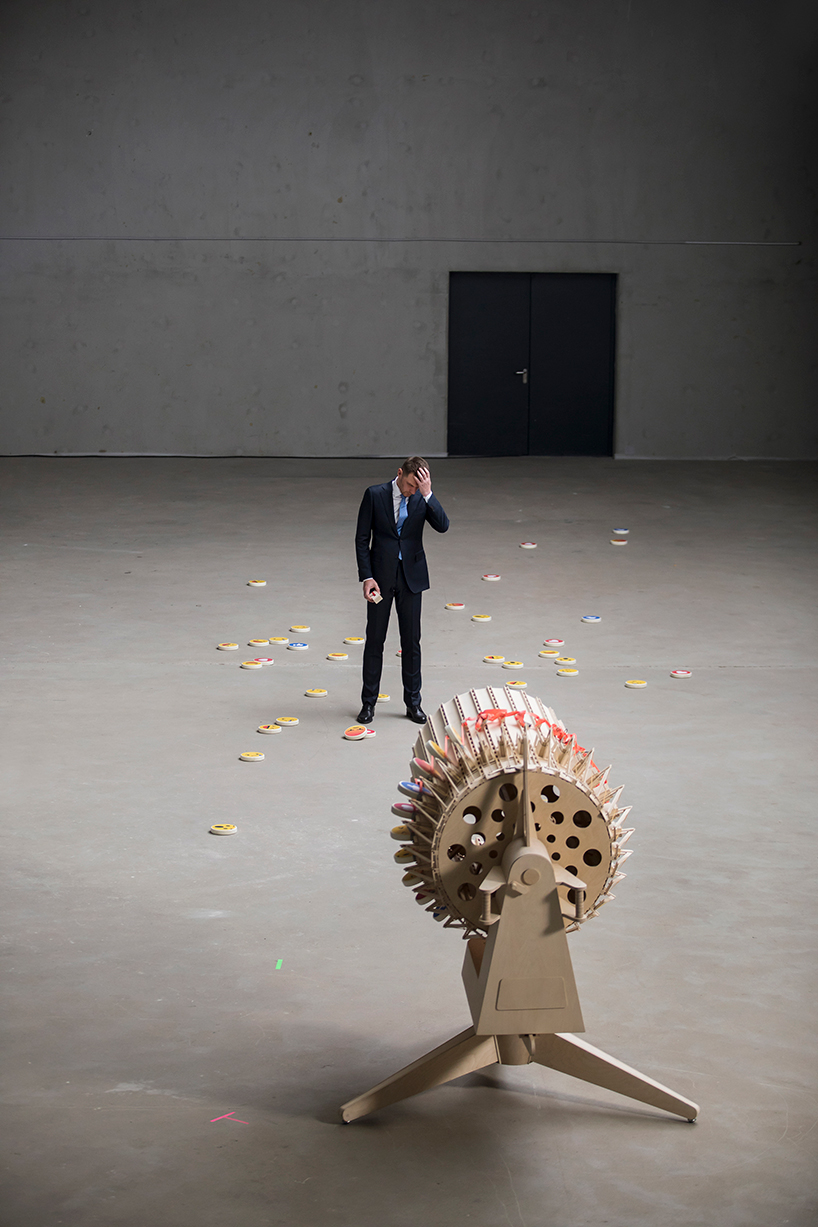 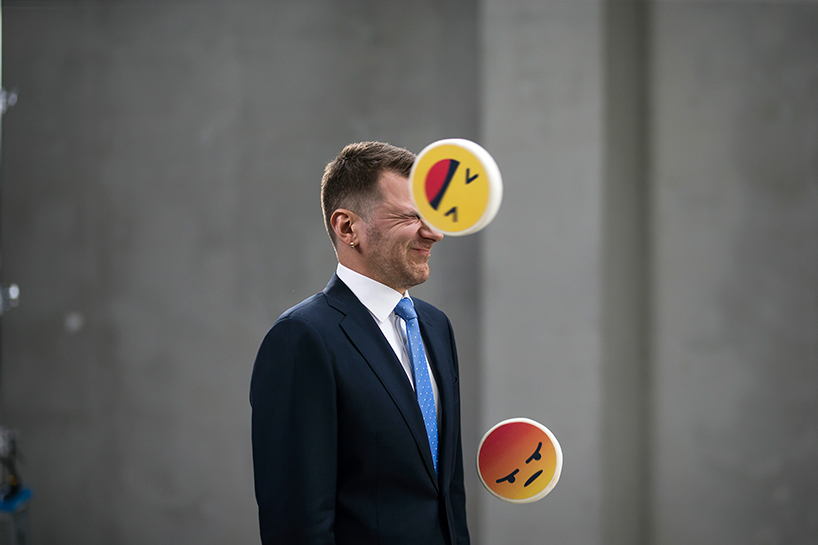 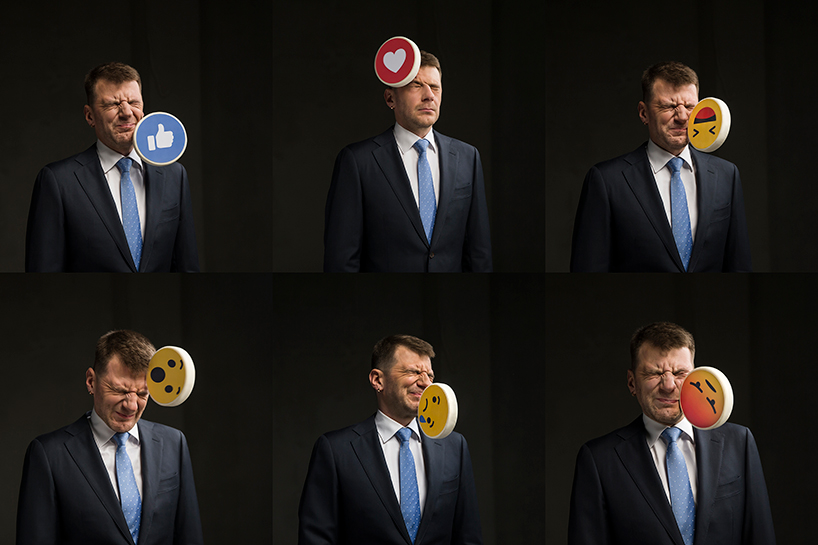 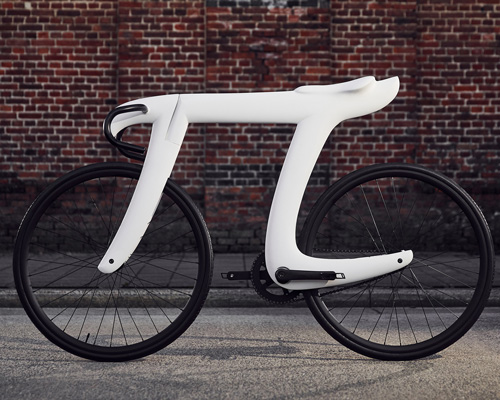 May 12, 2014
tadas maksimovas spins his hair into the playable strings of a violin