takashi murakami has embarked on a collaboration with akita-based brewers NEXT5 to develop a sake that goes back to the origins of producing the traditional japanese rice wine. kimoto-zukuri, a method of making sake using kimoto yeast, was the starting point for the wine that was first established in the late edo period, but which has recently been gaining attention within the japanese brewing industry. the artist has created four limited edition bottles—one original glass bottle, and three original ceramic bottles—to package the beverage. each design features murakami’s signature anime-style flowers in both graphic and relief motifs. 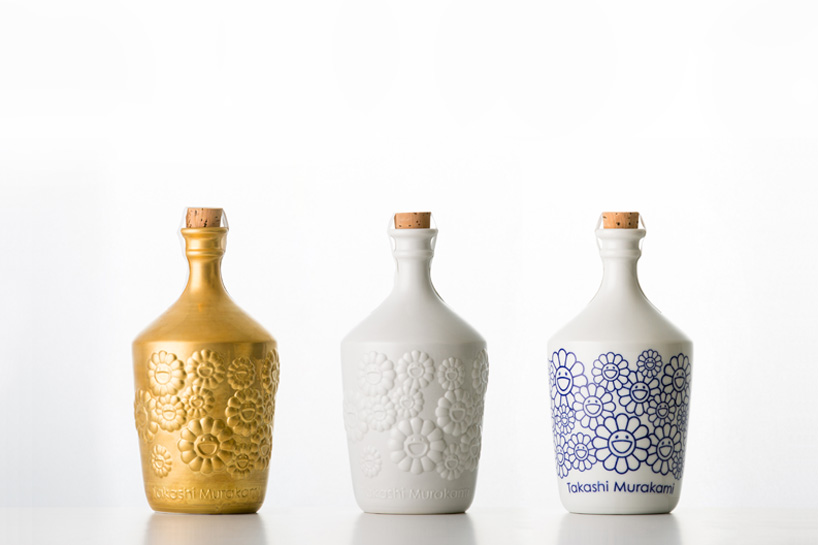 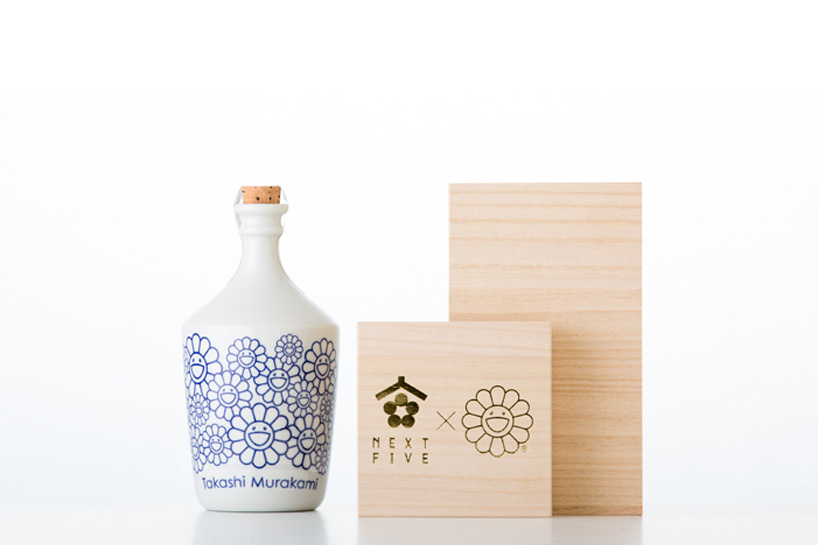 ‘NEXT5 goes back to question the very nature of what sake is when they create sake. if we go far back enough into the history of sake, we find the culture comes from china. we want to grasp this thread and weave it into a fresh form‘, says takashi murakami. because the sake is made using materials specifically from the akita with the maximum attention to detail, only a limited number of takashi murakami x NEXT5 sake is on sale. 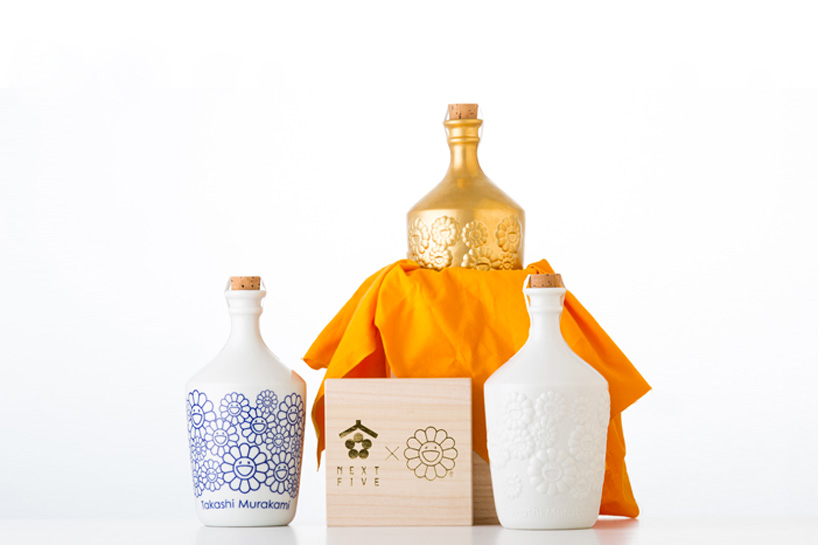 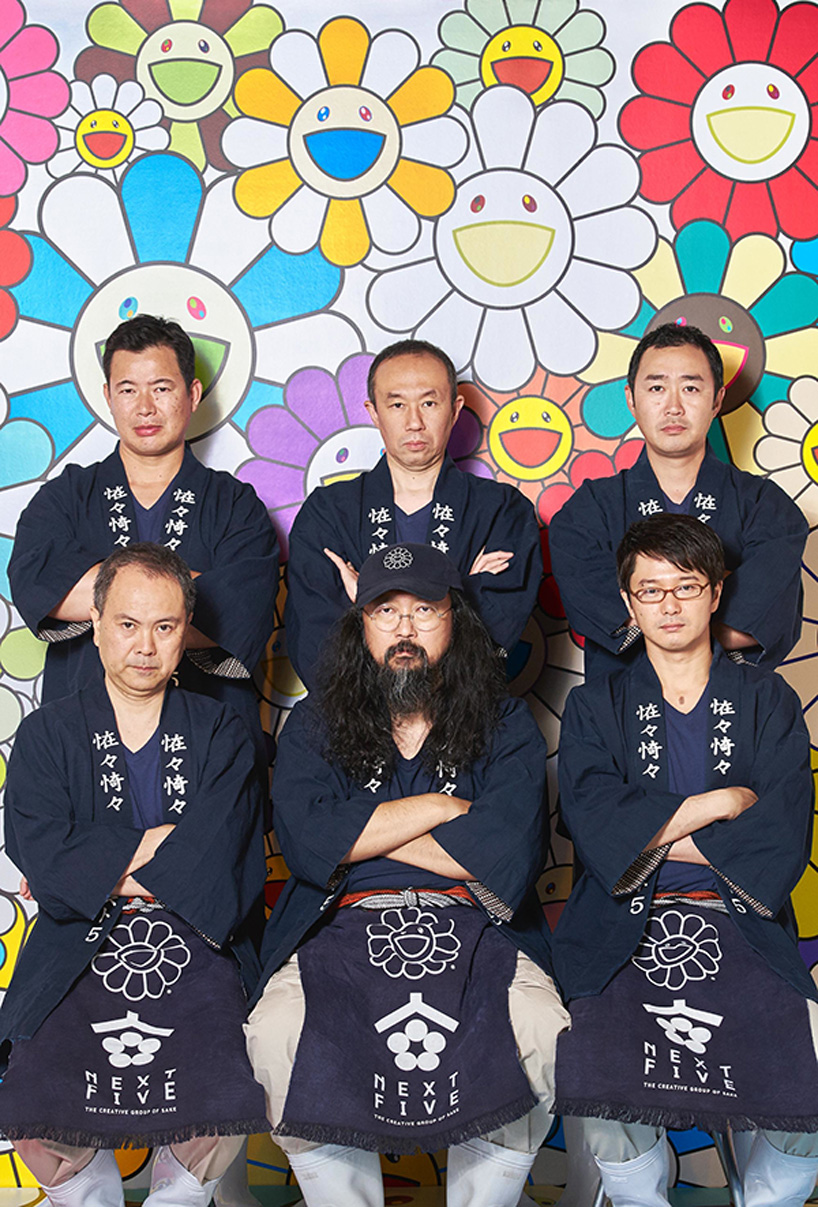 takashi murakami and the NEXT5 brewing unit