this year, lifestyle brand onitsuka tiger has decided to bring japanese culture to the world in a way that blends arts and the traditions of authentic japan with seductive urban design styles of the modern world. investigating and exploring nature and the results of japanese and western crossovers, onitsuka tiger has teamed up with new york based artist and art director emeric ‘takeshi’ trahand on their newest 2011 european print campaign entitled the ‘limber up moscow project’. 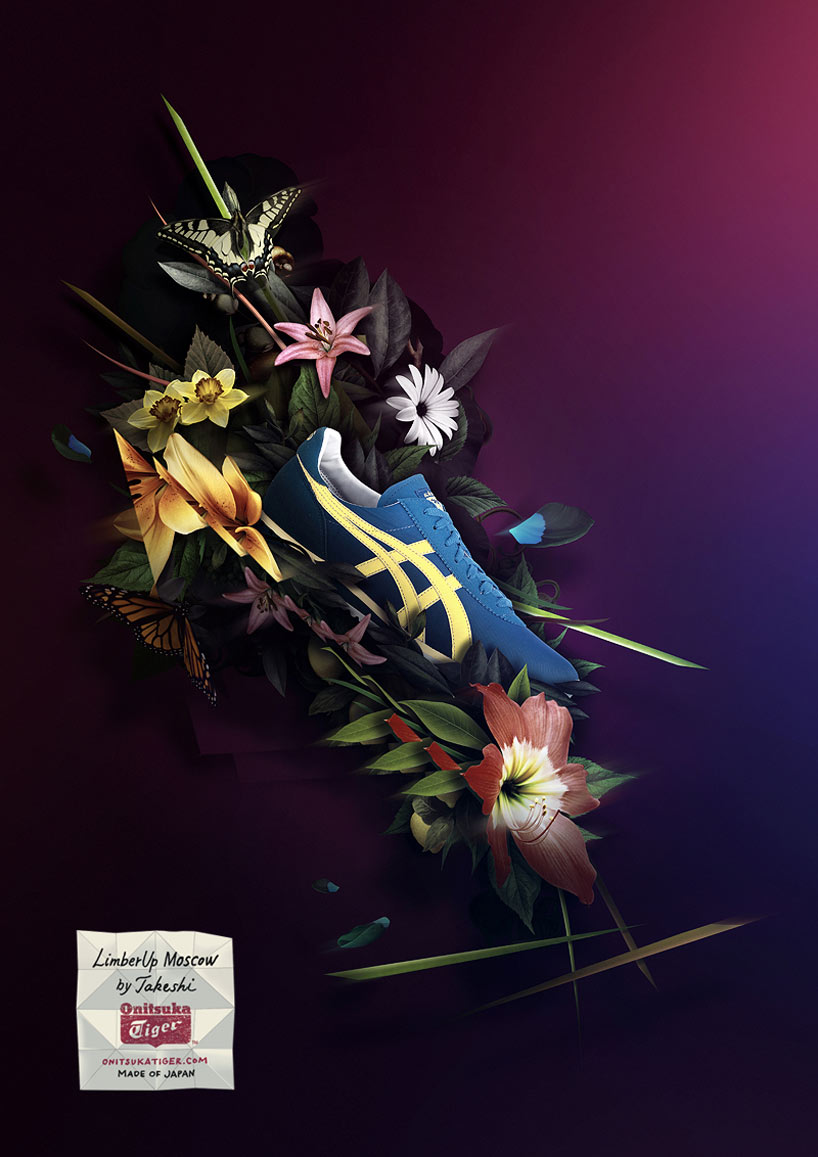 the title of the project comes from the ‘limberup moscow’ footwear that was originally designed as a training shoe for japanese athletes participating in the 1980 moscow olympics. however, it never served its intended capacity as the northeast asian country joined the US-led boycott against the games, refusing to send athletes to the soviet union. in general, historical accounts of the 1980 olympics are clouded by stories of controversy caused by the boycott. in particular, the growing presence of female athletes participating in the games that year is overshadowed. it was during the 1980 olympics, that women were given a higher representation than in any of the previous olympics, with female athletes setting several world records – many of which still stand today. 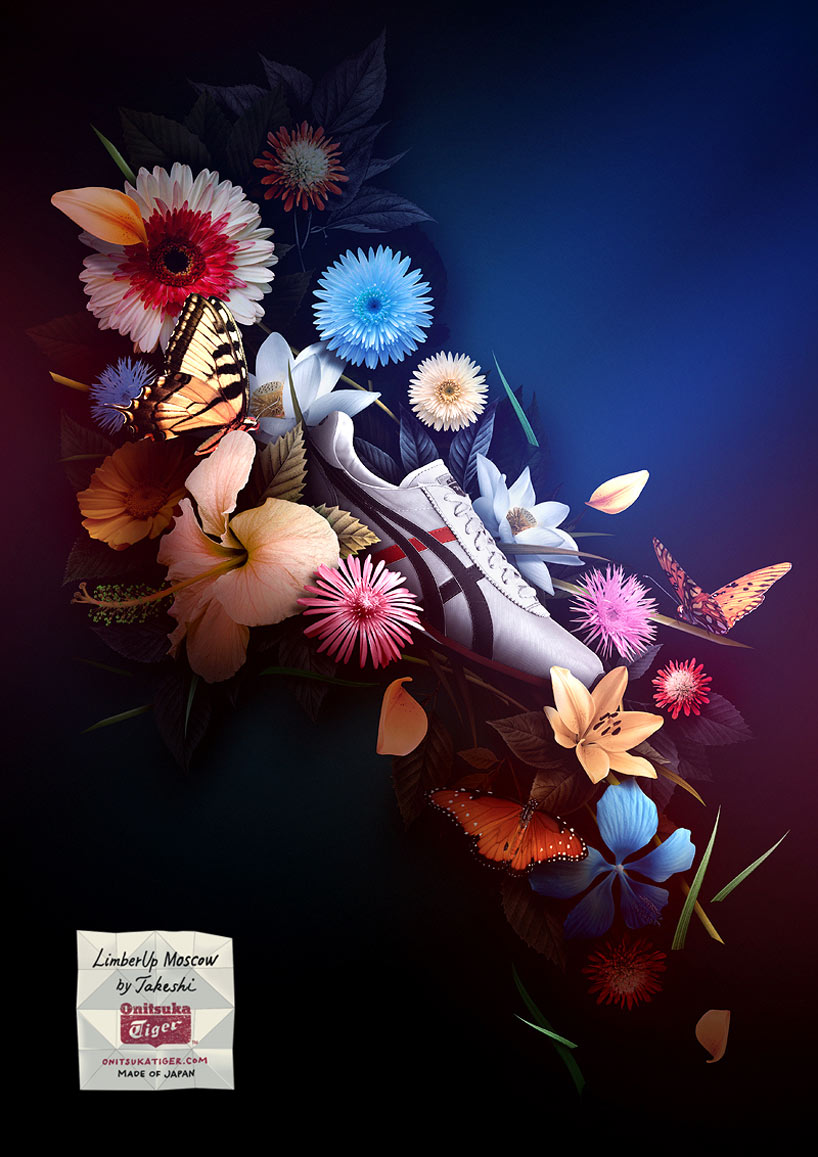 in reviving the shoe, takeshi has choosen to represent and pay tribute to the female athletes of the 1980 moscow olympics by developing three illustrations that depict the use of the japanese ikebana flower arrangement as a symbol of feminine energy and achievements. known for his use of photo montage, these images not only celebrate his and onitsuka tiger’s shared artistic japanese heritage, but also give it a colorful tribute to our historical commitment to sports and conquest over disputes and politics.

the updated ‘limberup moscow’ comes in three versions: black with white stripes, blue with yellow stripes and white with red and black stripes.

LimberUp Moscow by Takeshi from Onitsuka Tiger on Vimeo. 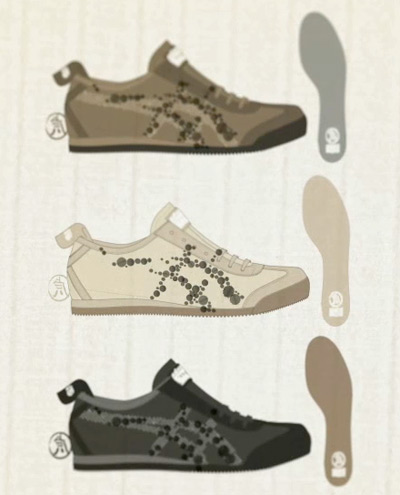