japanese designer taku omura takes inspiration from the shape and form of company logo designs, transforming them into functional 3D-printed objects. in a project he calls trial and error, omura takes from the world of brands, insignia associated with adobe, adidas and toys r’ us.

omura, who runs a successful design studio in japan known as OOD, experiments with the recognisable motifs used for trial and error in his spare time. created on a small protortype scale, he transforms the company logos into usable items using a 3D-printer with which he creates the miniature products.

inspired by their various shapes and forms, omura visualises the possibility of making every day objects with their design. the adobe logo is transformed into a clothes hanger and the playstation logo becomes a bookend. using the waves of the wacoal logo omura has created a tiny magazine rack and with the iconic three-tiered stripes of adidas, a pen holder. a bottle opener is fashioned out of the R in toys r’ us and a comb from the seino kangaroo.

as well as useful items like magazine racks and clothes hangers omura also creates playful objects. he uses the iconic umbrella from the arnold palmer logo to create a spinning top and a ringtoss from the tokyo metro logo. 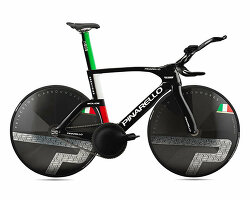 Sep 30, 2022
living plant controls a machete through an industrial robot arm
the plant acts as the brain of the robot, determining how the machete swings, jabs, slices and interacts in space.
design
+46.7K shares
readers
connections: +520