recent industrial design graduate and head designer of batit studio tal batit has always been fascinated with ceramic. he started working with clay three years ago during his second year of college and ever since, the majority of his projects circled around ceramics research. he explored the themes of colors and textures, as well as attempting to break down traditional processes and challenged them by changing or adding new variables. 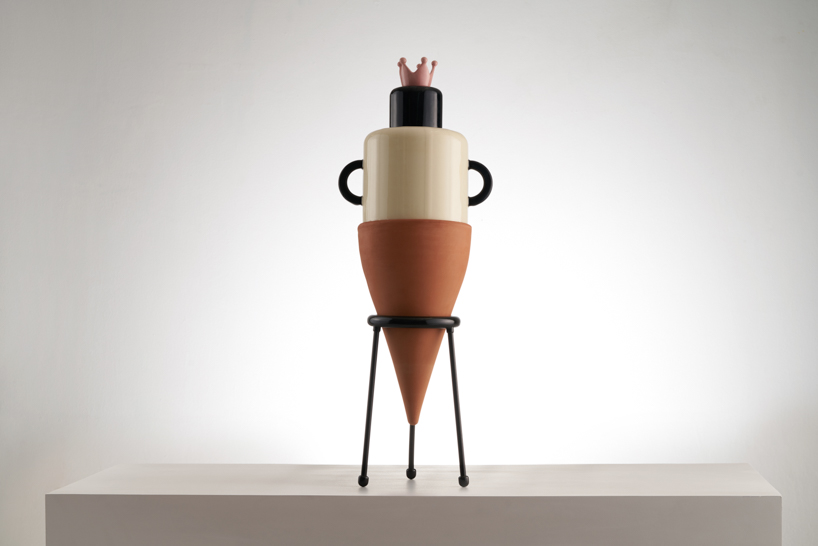 in order to understand tal‘s graduation project, hybrids, a brief explanation on glazing — a key element in the final pieces — is in order. glaze is an impervious layer or coating of a vitreous substance which has been fused to a ceramic body through firing and can serve to color, decorate or waterproof an item. when loading a kiln full of glazed objects, the ceramicist must be very careful in making sure that the objects do not touch one another. otherwise, once the kiln reaches the glaze fusing temperature, the objects will stick together, and hence be ruined.

the initial starting point of the project was to use that disadvantage of pieces sticking together to his benefit; the idea was to develop a technique from those accidents — a technique that would use glaze to construct objects. using glaze as a ‘glue’ means that all parts are cast, colored and dipped in glaze separately. after that, they are assembled on one another, creating a new form which is placed in the kiln. the kiln then fuses all the parts into one single piece. after mastering that technique, tal searched for ways to make the pieces not just aesthetically interesting, but also to tell a story through the objects. 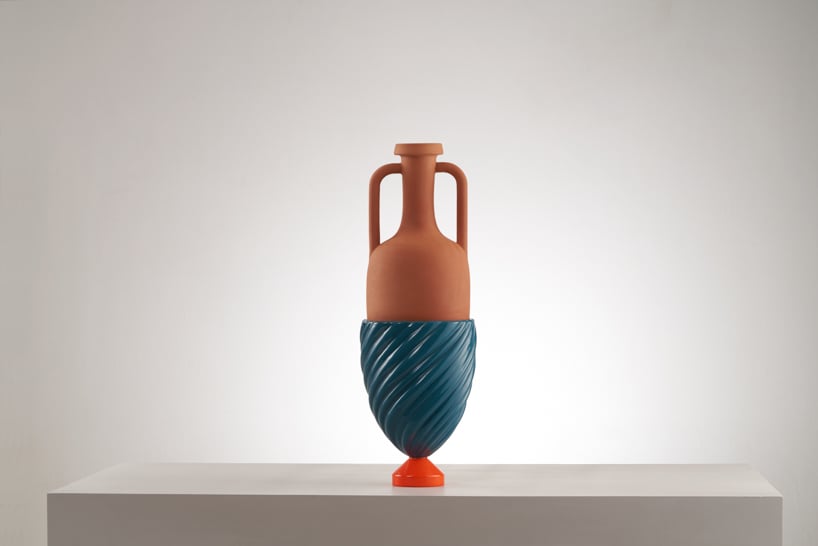 the artist began connecting various types of clay that cannot usually be fused together using traditional ceramic methods, as each type has different characteristics and shrinkage rates. in the final pieces, tal combined red terracotta clay with classic white earthenware. each material has its own feel and conjures up different associations: the red terracotta can be seen in ancient ceramicware, in which the sole purpose of the pieces was to serve a specific function. the white ceramic, on the other hand, has a very different look – it is often coated in a shiny glaze, as opposed to the roughness of the terra-cotta and has a timeless feel. white earthenware can be seen throughout history, adopting many different forms, styles and traditions. 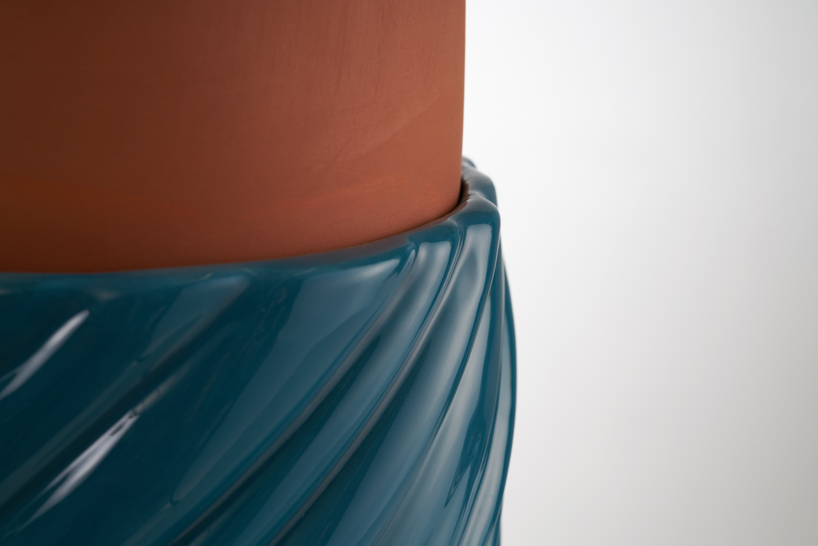 juxtaposition of new and old techniques

hybrids deal with contrasts and the unusual combination of the two materials. the pieces convey the juxtaposition between ancient shapes and computer generated shapes; between textures – matte and shiny, rough and smooth; between colors – the natural red clay colour, with the bright saturated colors coating the white clay. each vase is assembled from two halves: one half is made of terracotta and has a traditional familiar ancient shape, whilst the other half is made of the white clay and was modeled using 3D software, creating a non-natural shape. in order to make sure the pieces will fit together despite the use of two different materials, they are created in a way that allows them to be assembled together during the whole ceramic process. the pieces are dried and fired together, glazed separately and then placed together, assembled, in the kiln for the final firing. during the firing process, they are fused together. 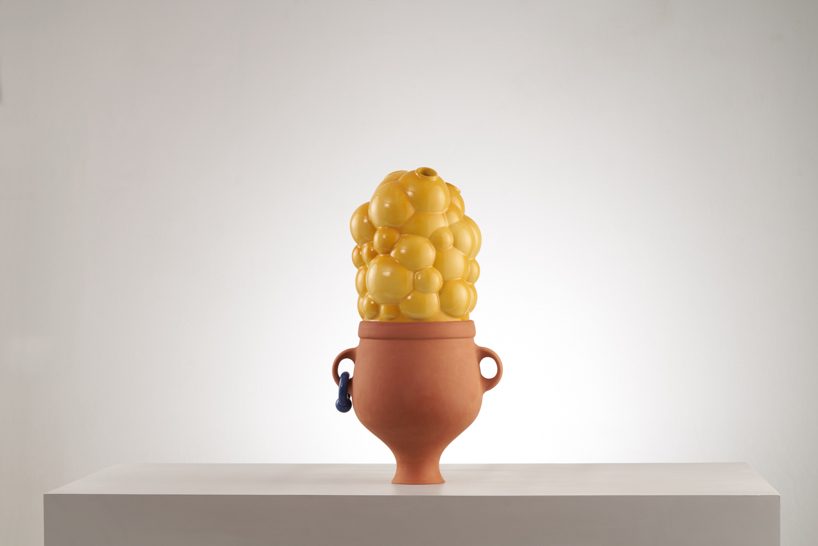 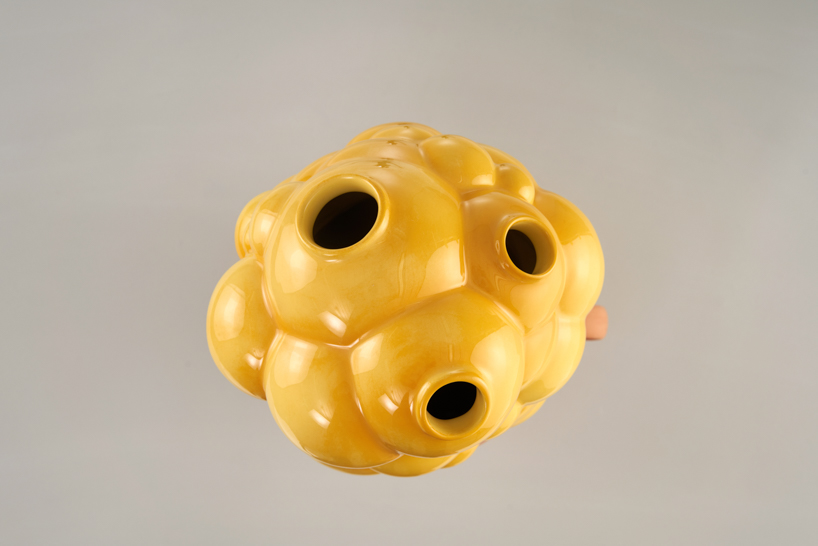 details of the marge vase 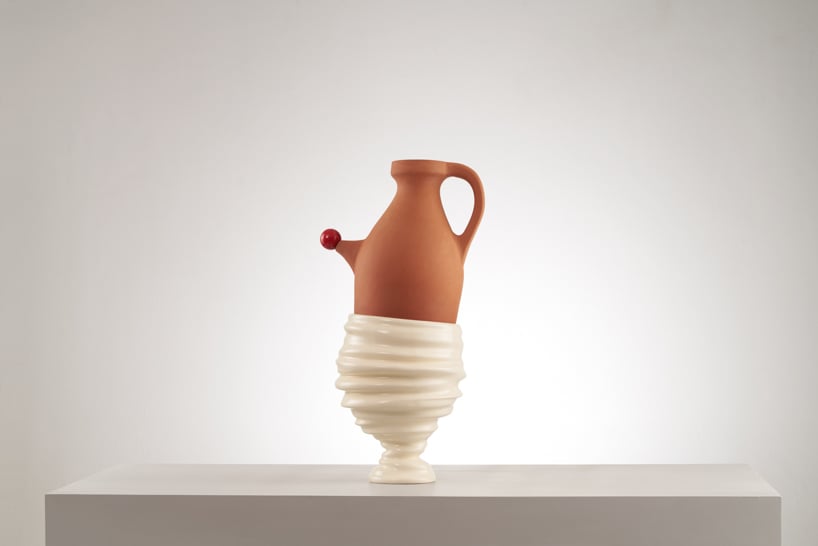 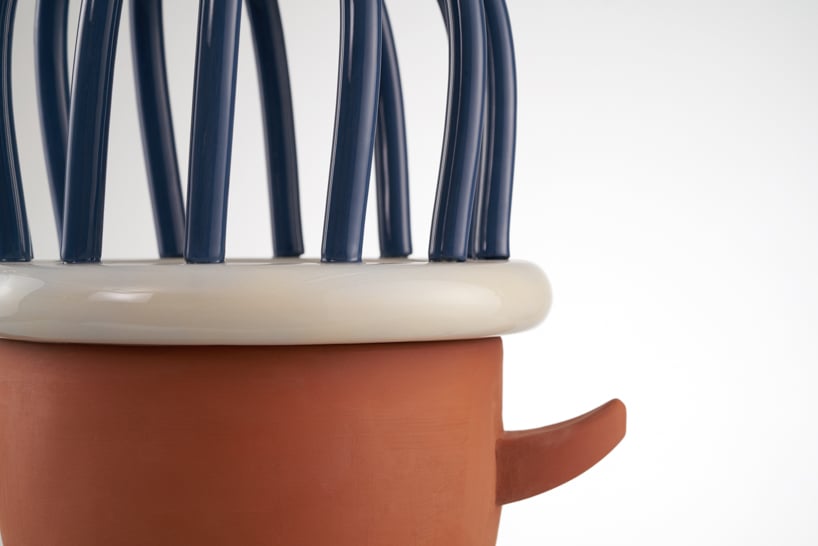 details of the crown 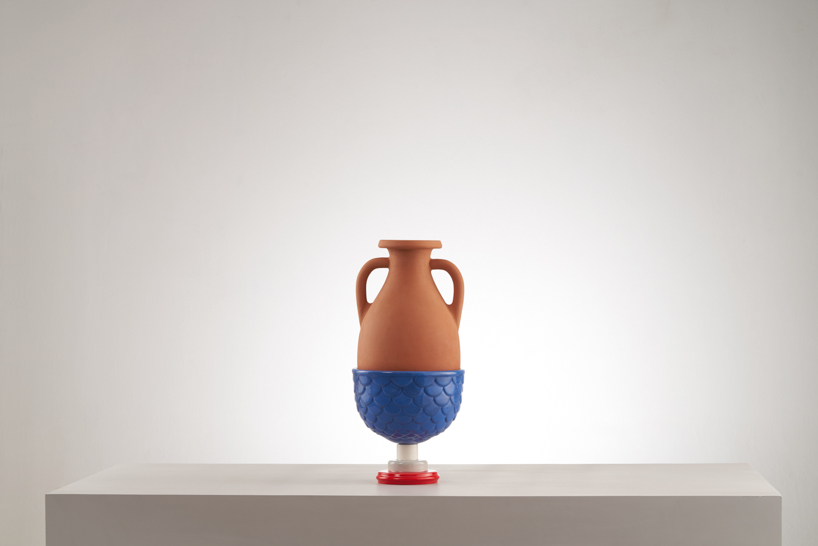 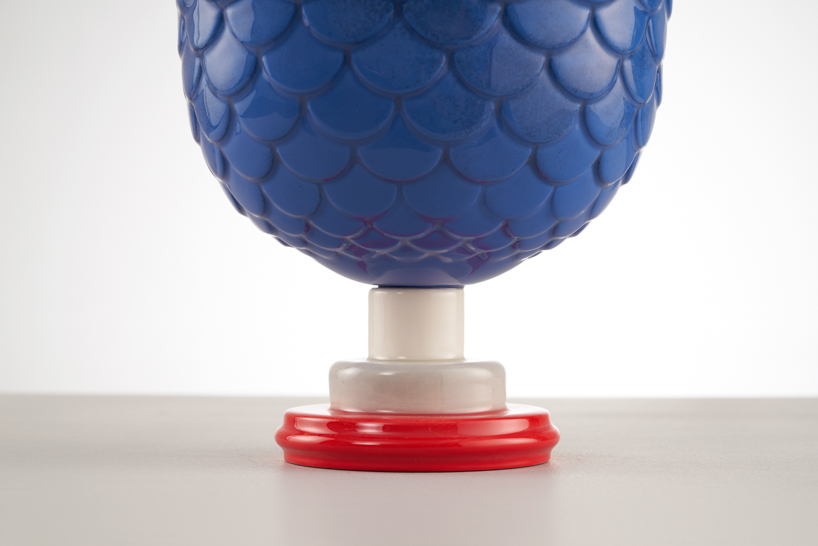 details of the scale 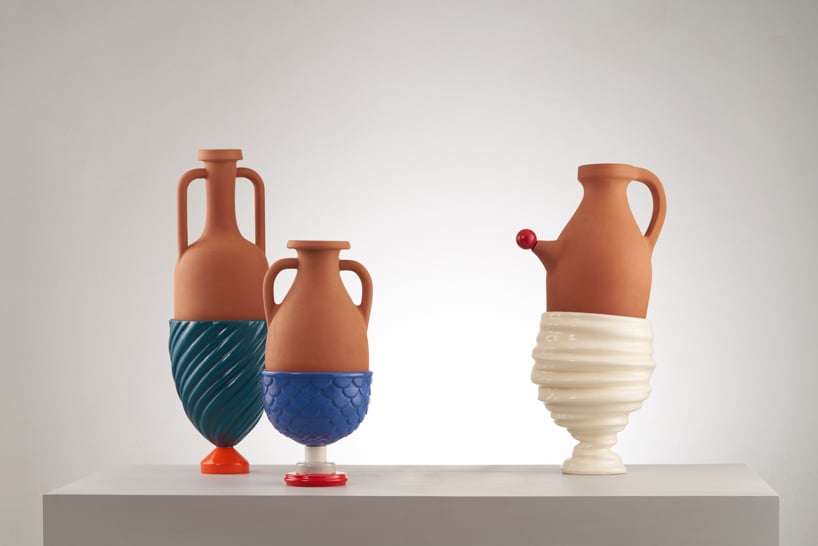