‘orbit’ is a tangible music streamer, developed by belgian designer senna graulus, that provides users with unobtrusive physical control over their digital music. that way, the controller aims to set an example of how the interaction with digital technologies could be designed while embracing the qualities of the physical world. 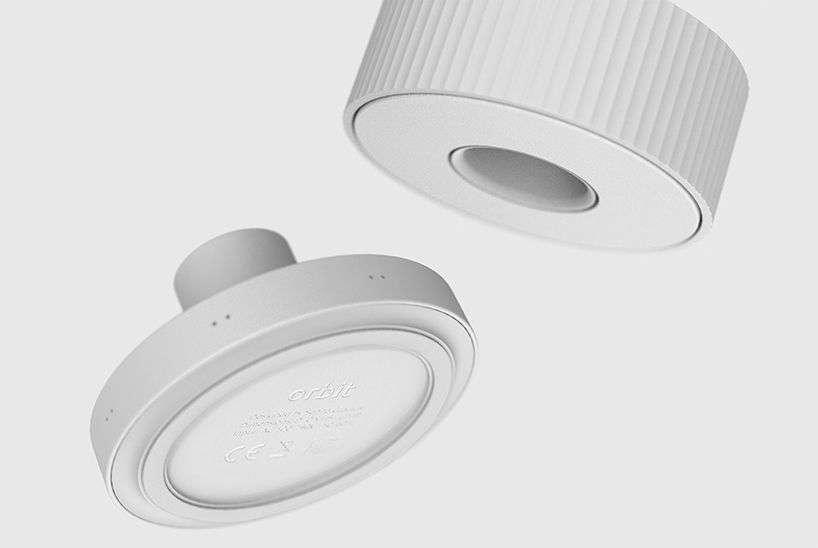 detail shot of the orbit controller and base

there days, there is a loss of meaningful tactile qualities and the emotional pleasure that goes along with touching, feeling and moving physical objects. ‘on the internet, you can find many tech companies presenting us their vision of the future,’ explains graulus. ‘I started this project with the observation that in many of these visions, displays and touchscreens seem to play a central role. from interactive bathroom mirrors to touchscreen stoves and fridges. it seems that companies are becoming less attentive to tangibility and the physical product experience. I believe physical interactions can still play a valuable role in a strongly digitized world.’ 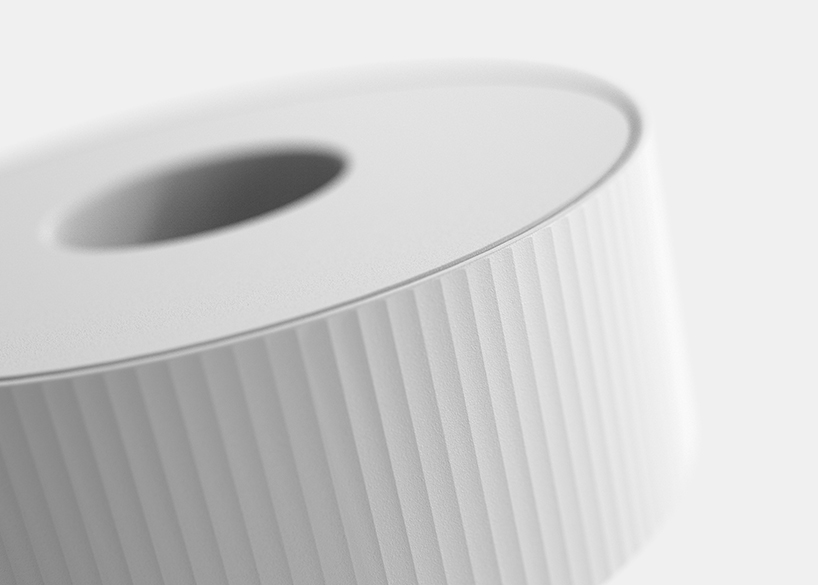 orbit focuses on the main functionality of music streaming services — personal playlists. with this controller, users can scroll through their favorite playlists, they can discover songs that are similar and add them to the corresponding playlist. besides that, orbit offers some basic controls such as volume and skipping songs. 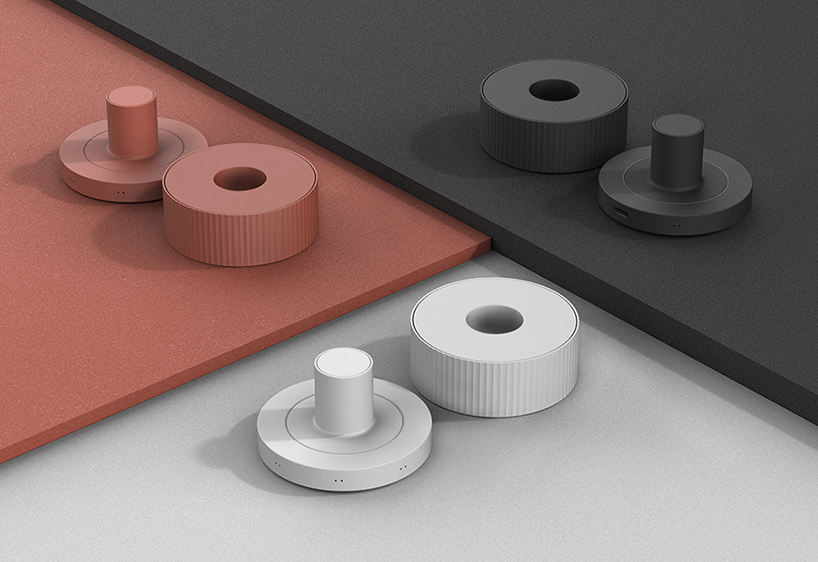 orbit consists of two parts — a base and a controller — with which, the user can perform three main interactions to control the music: (dis)assemble to start/stop the music, a rotation movement to change the playlist, and a translation movement to activate the discover mode. 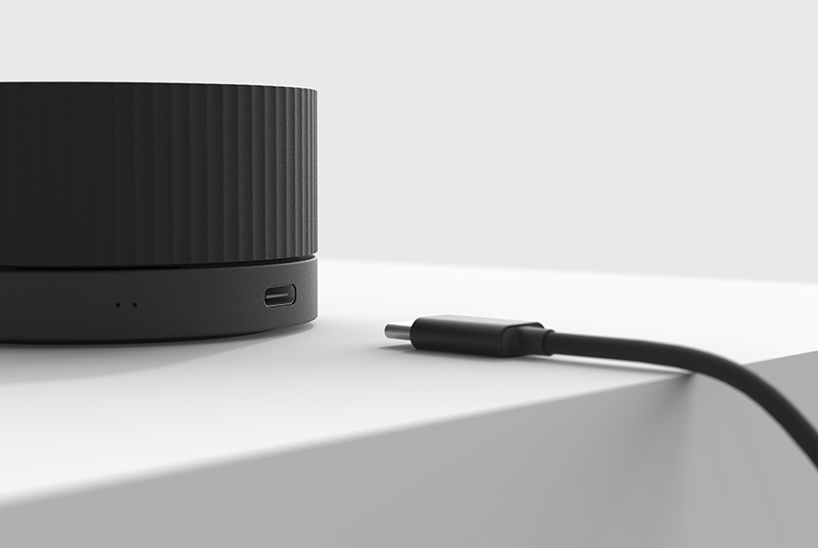 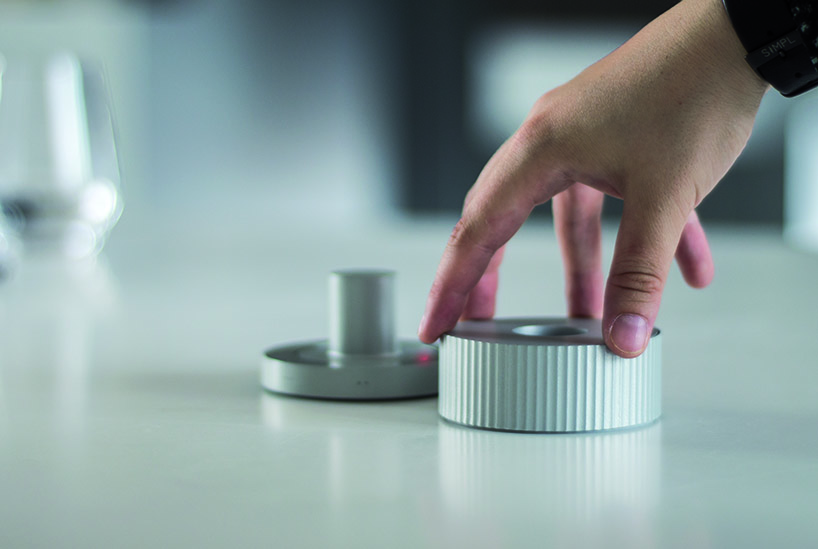