polish designer paul marcinkowski produced this infographic about tattoos that appears to have been inked onto his upper body.

produced while paul was studying at the academy of fine arts in lodz, the graphic details several facts about tattoos, such as popular reasons why people regret having them, and the most common number of tattoos a person may have. 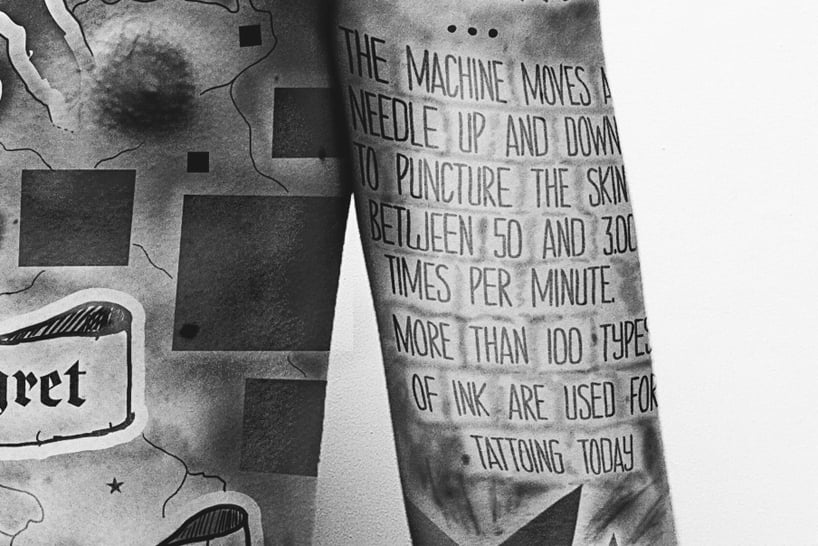 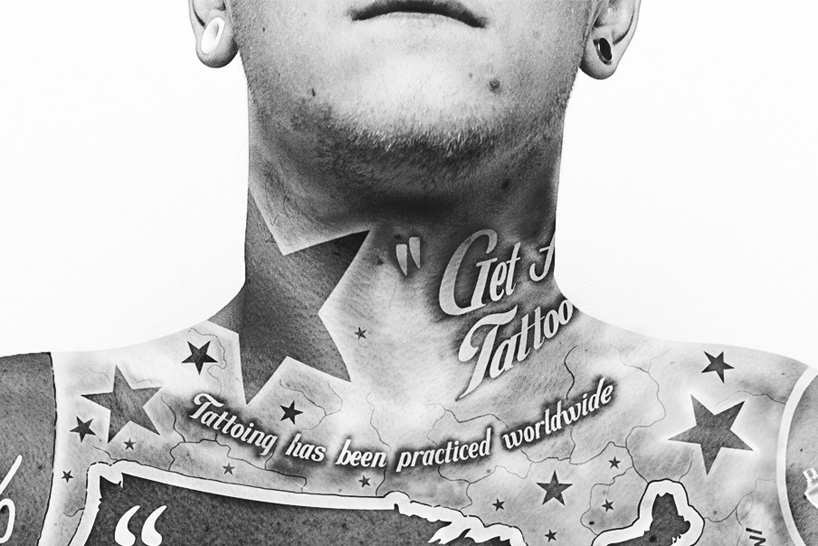 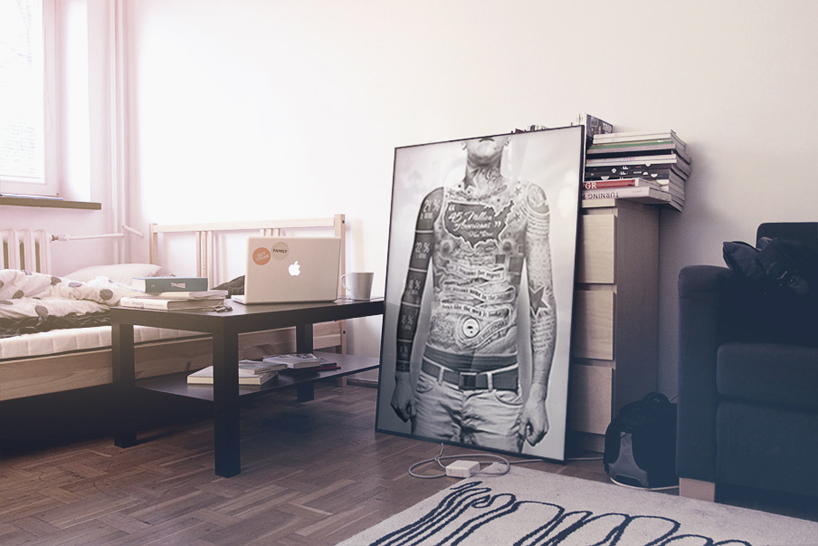