from the artist’s statement:

‘a pseudo-scientific study of the morphology of skulls: the form and structures that differentiate one
breed from another and give a sense of the story of the individual. my approach is to research,
document, present, and interpret evidence in a formal manner. my subject species is the teddy bear:
a creature made by humans (and made ‘alive’ by imagination) whose morphological history is tied to
social trends. my idea of ‘logical’ evidence (a stuffed animal would have a skull made of felt) becomes
an emotionally loaded image that brings up a wide range of responses and proves to be ripe for further
exploration‘. 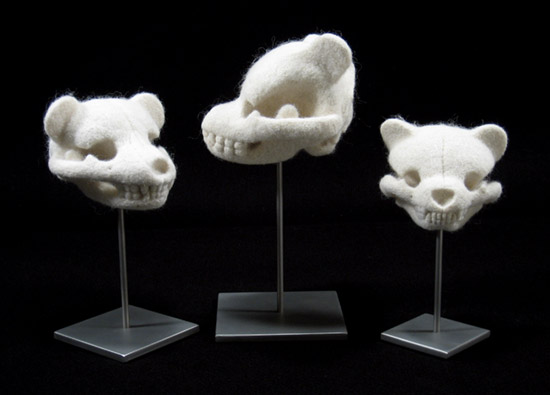