teiki design studio has transformed an old power mac G4 into a cocktail cabinet named ‘mcmartini’. having always admired the appearance and style of apple products, the vermont based practice decided to repurpose the PC tower and highlight its design that reminds of 50s and 60s american automobiles. 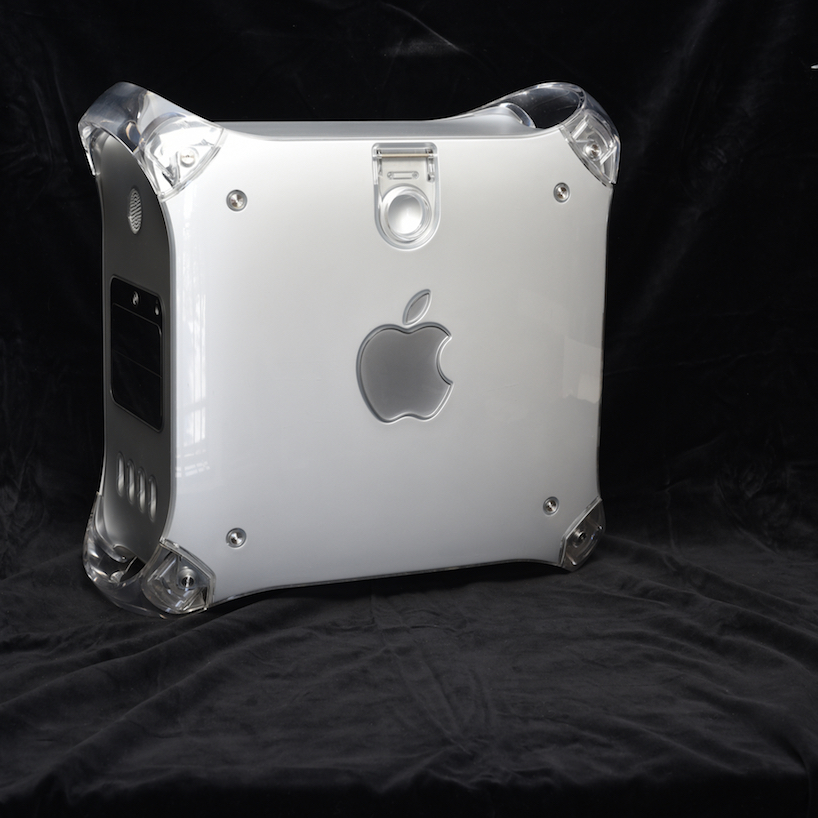 teiki design studio has revealed that the problem with many apple products is that ‘these wonderful designs outlive their component usefulness‘. in the specific case, the power mac mirror door G4 tower glowed on the shelves of apple stores when it was released in august, 2002. however, within the following six months the product was discontinued. in today’s world, the dual 1.0 GHz powerPC 7455 (G4) processors contained within the G4’s beguiling package are worthless. 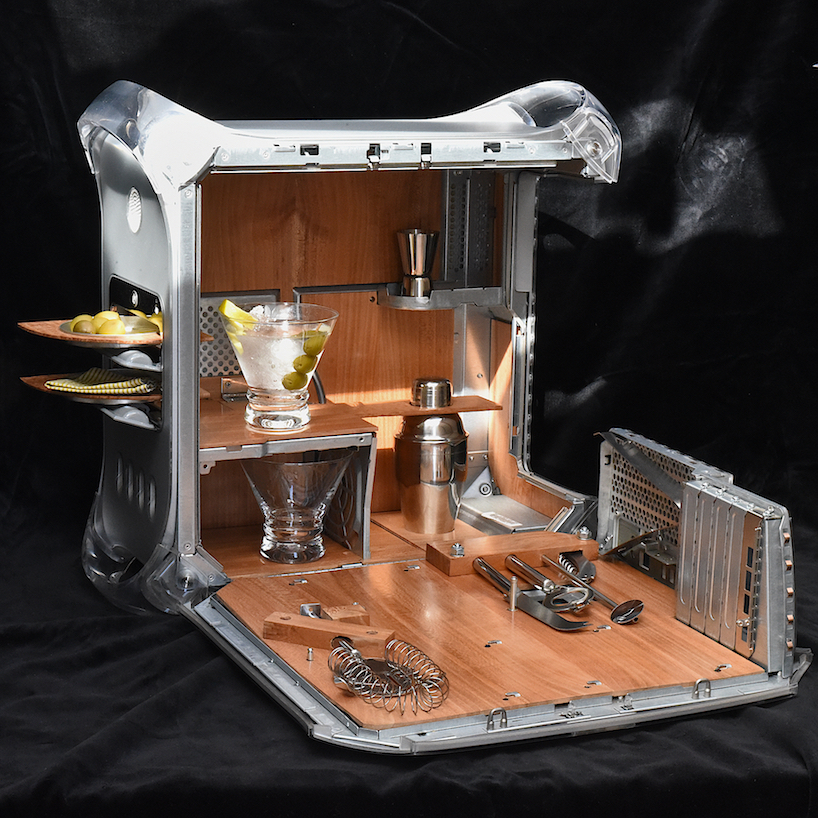 still, the design studio could not throw out this antiquated workhorse. the product was converted into a cocktail cabinet, complete with cosmopolitan martini glasses and a mixer set. this is a one-off piece meant to display what can be done in design to make beautiful objects endure. materials include the power mac G4 body, cherry veneer, cocktail set and martini glasses. 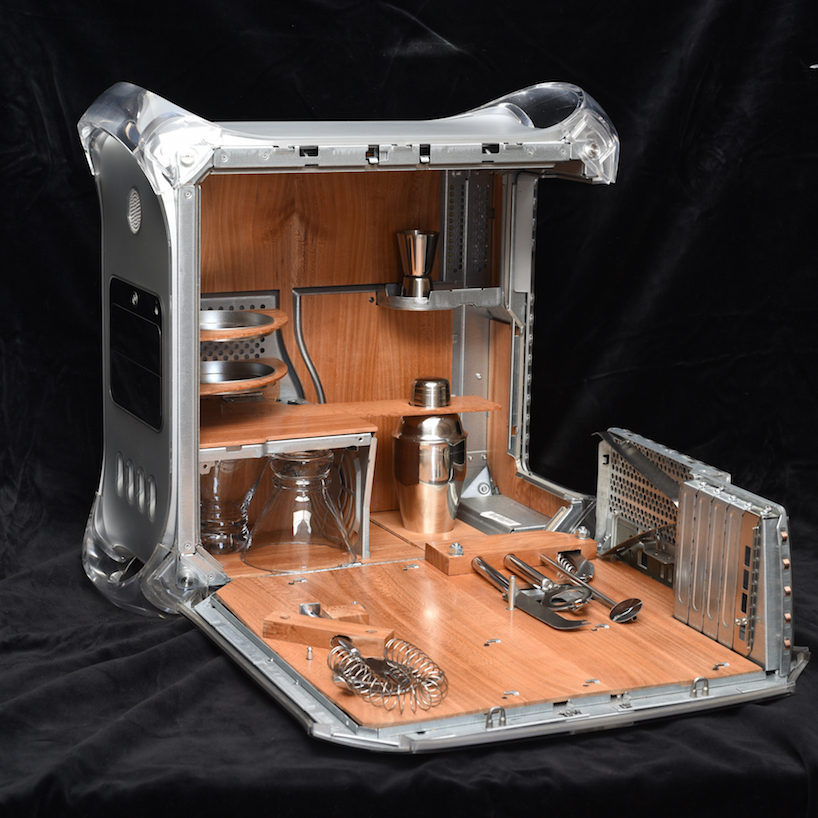