jonathan schwinge‘s super yacht concept is anything but ordinary. the london-based architect and designer has conceived the ‘tetrahedron’ by the rethinking the usual structure and propulsion of modern water craft as a radically simple sequence of planes, which form an enclosed unit. the architecture of the yacht concept is reduced to the geometry of a tetrahedron — a three-dimensional solid figure composed of four triangular faces, six straight edges, and four vertex corners. this configuration produces a precise, logical and mathematical ‘roof’ which connects to the hull assembly. 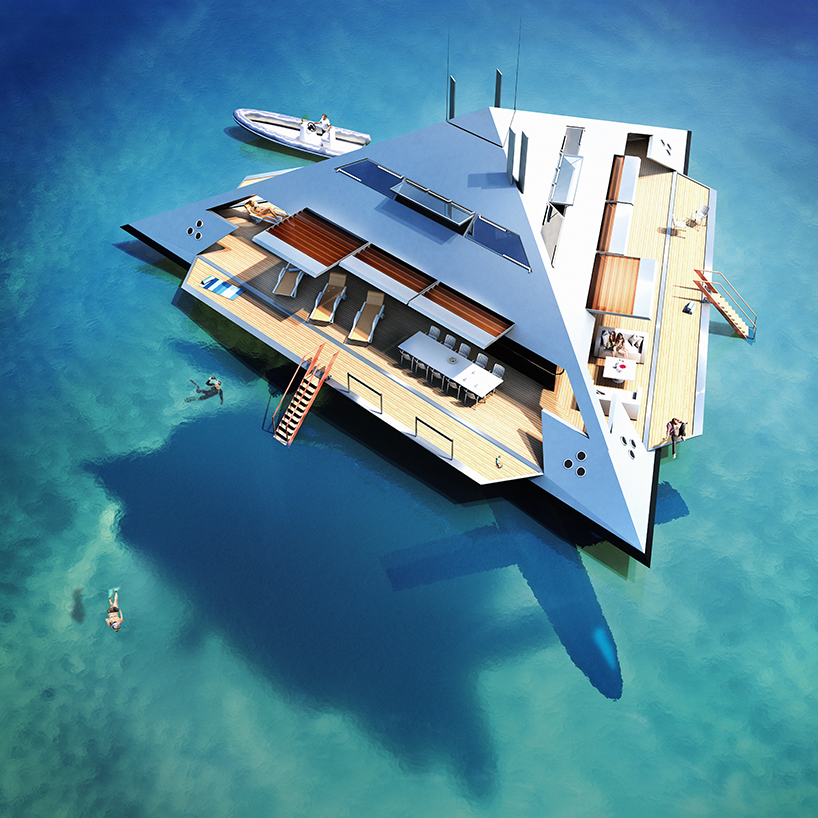 at low-speed or when stationary, the ‘tetrahedron’ floats on three underbelly hulls

at high-speed, the ‘tetrahedron’ appears to levitate above the water’s surface. this elevated mode of travel is realized by a HYSWAS hull (a hydrofoil small waterplane area ship) that comprises a retractable vertical strut fixed onto a submerged torpedo hull. the body has two working waterlines for operation: at low-speed, the ‘tetrahedron’ floats on three underbelly hulls; at high-speed, the hydrofoils rotate on the lower submerged hull, raising the triangle out of the water. 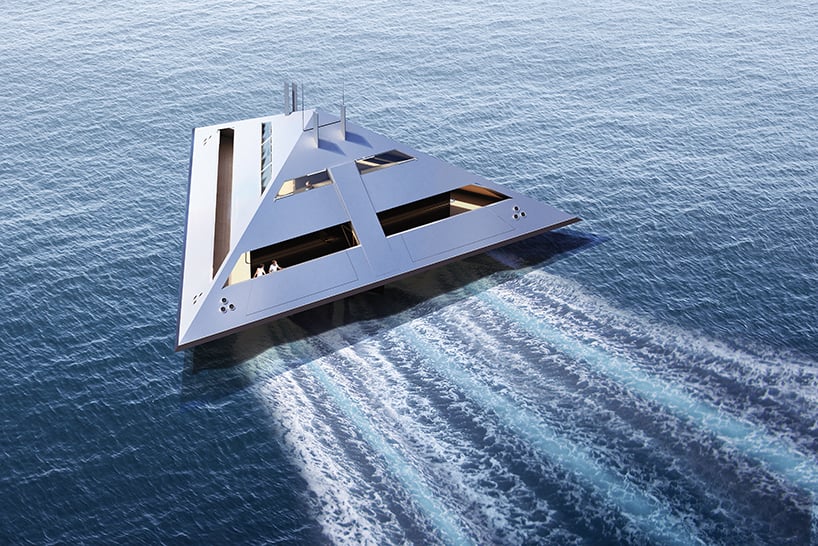 the design is formed by a radically simple sequence of planes, which create an enclosed unit