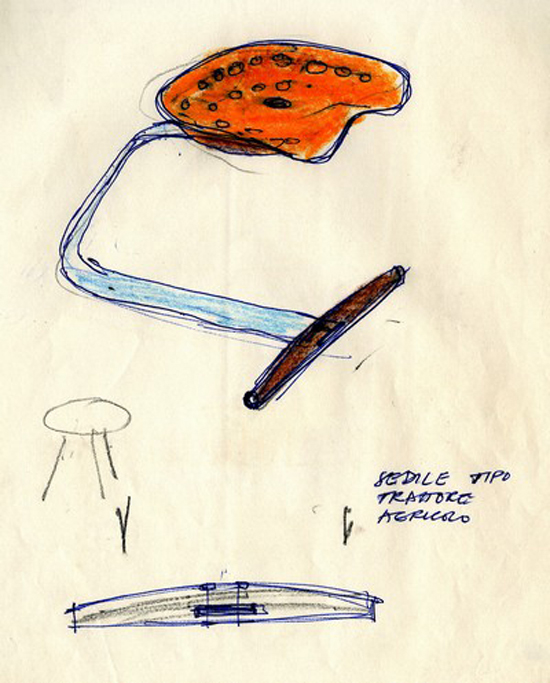 this is a sneak preview on ‘the castiglioni effect’. it is the title of a show that the italian
furniture company de padova is currently preparing. didi gnocchi, in collaboration with
studio museo achille castiglioni, curates this exhibition of achille castiglioni’s work
through models and experiments, never exhibited before.

for designboom’s editor-in-chief, birgit lohmann, this is one of the most attended events
in milan – during the busy design week, 14 -20 april 2010. birgit has worked for de padova
over many years in the position of product development manager and the work with
achille castiglioni as she remembers always involved ‘an element of surprise’. the memory
of achille castiglioni still lives in the objects and in the magical atmosphere of his sketches,
which we invite you to come and see in this exhibition. 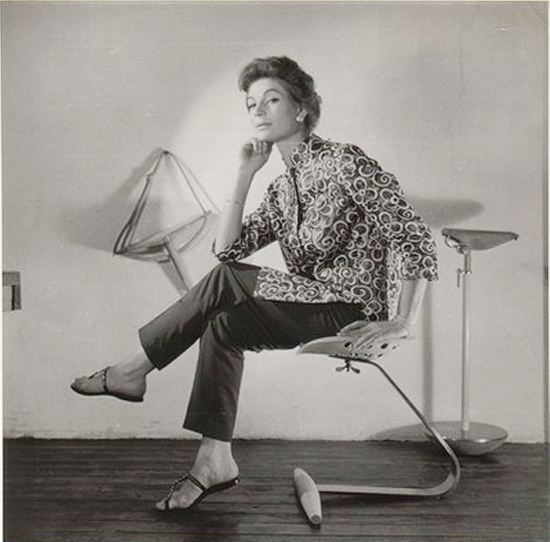 the castiglionis took familiar shapes and transformed them into some of today’s most
sought after design icons. the brothers publicly cemented their commitment to redesigning
objects, with their tractor seat stool called the ‘mezzadro’. it is made of four pieces: the seat,
a large wing screw, a leaf spring and a cross bar. 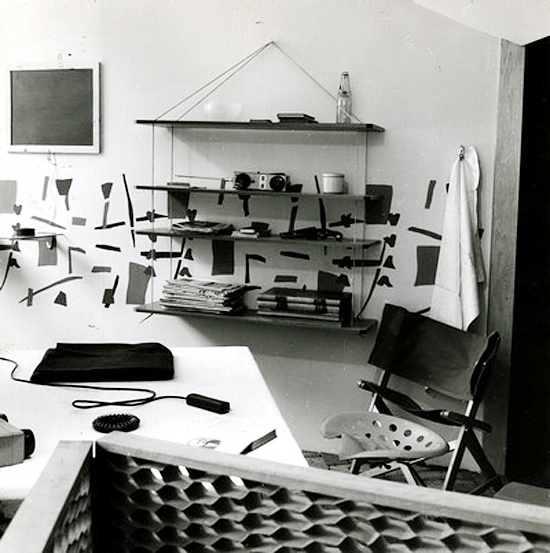 set in the context of a living room, the castiglioni exhibition ‘colors and forms in today’s living space’
from 1957 showcased pieces of furniture, some of which were chosen for mass production
while others were put into production later. the show also included work which were based
on the forms of classic models such as wicker baskets, foldable chairs and armchairs.
moreover, there were pieces made according to certain research criteria and which were
used experimentally including a telephone stool, a metal seat on springs, a foam rubber armchair,
a paper dividing screen, a TV set that could be raised or lowered, a lamp with a fluorescent bulb… 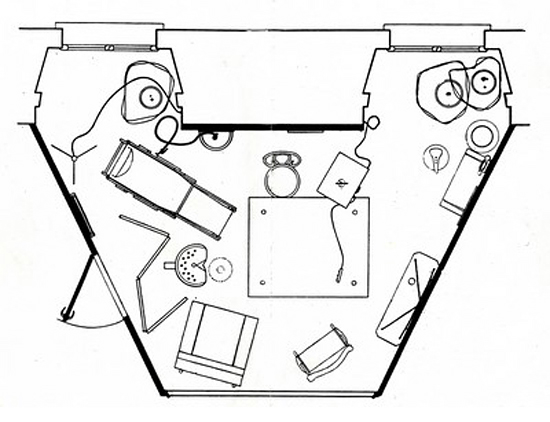 the scenographic attention paid to the room volume and the layout of the walls was
planned in consideration of the visitors’ movements. the search for existing objects
as visitors navigated through the exhibition was seen as a kind of design training and
self-education.