image courtesy of the boat project

‘the boat project‘ is the most ambitious undertaking to date for UK-based company lone twin (gary winters and gregg whelan). using the latest yacht building methods, they have transformed wooden objects such as puzzles, guitars, chairs, rulers, furniture, picture frames, clothes pegs etc., all donated by people within the UK’s south east region to construct not just any vessel, but rather a ‘living, floating archive’ of people’s stories and memories.

designboom has been in touch with ‘the boat project’ about the venture and the guardian recently visited their workshop, to get an inside look at the progress on the vessel just days before its completion.

between february and august 2011, lone twin invited individuals to contribute to the construction of the massive work, by asking the community to bring in special wooden tokens (ranging in scale and size) which had a story to tell. the result is a 30 ft long yacht which could be considered more a piece of art. ‘the boat project’ is one of 12 ‘artists taking the lead’ commissions to celebrate the london 2012 cultural olympiad and has been produced in collaboration with olympic silver medallist mark covell and international boat designer simon rogers.

the boat just launched yesterday, may 7th at thronham marina, chichester, led by captain mike barham and a trained crew, and is making its maiden voyage throughout the south east region this summer. following its adventure, it will return to the region and will stand as a permanent resource for the public. 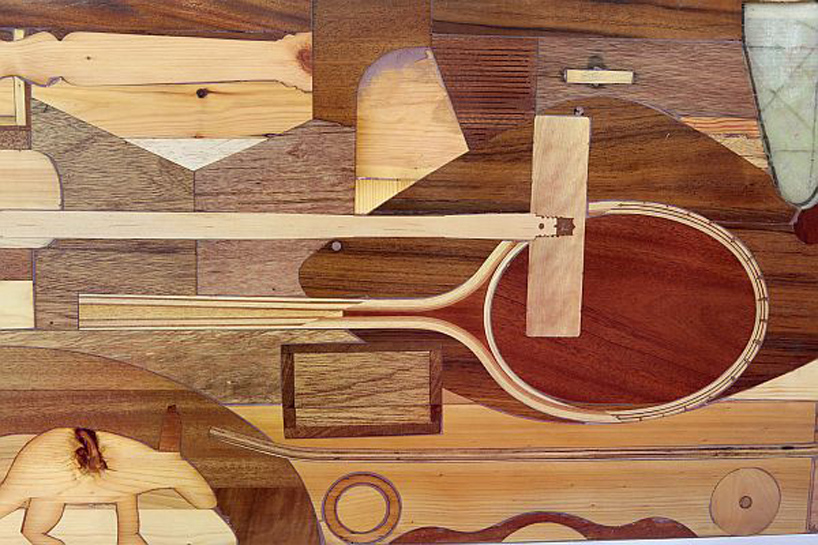 up close view of a tennis racquet, skateboard, broom incorporated into the boat photo © toby adamson 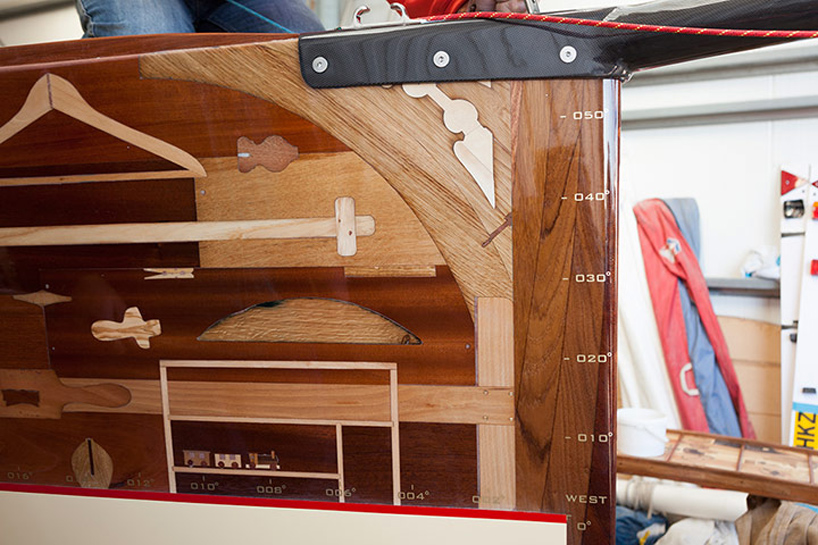 a wooden toy train, hanger, clothes peg and finial are among some of the pieces that were donated to the project photo by sam frost for the guardian 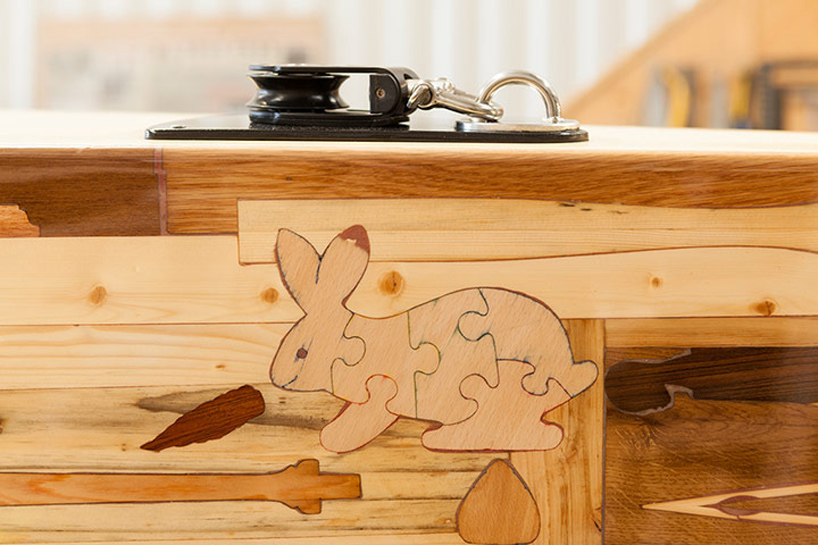 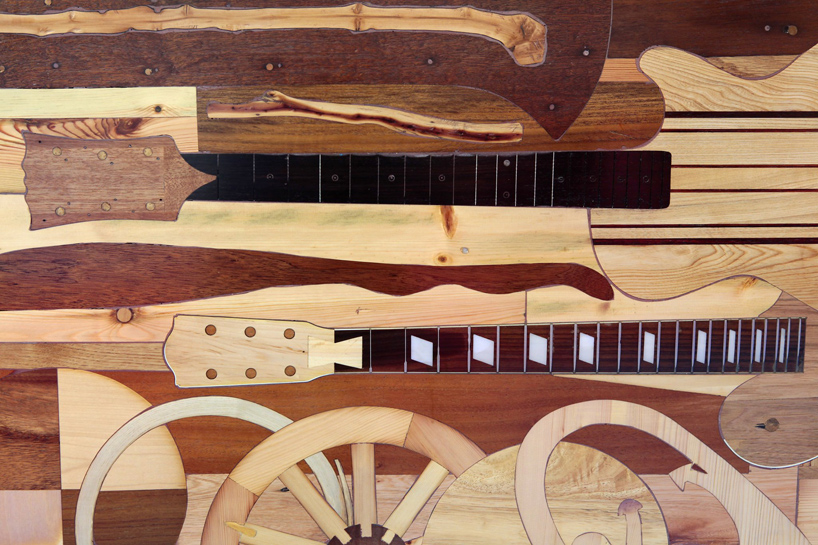 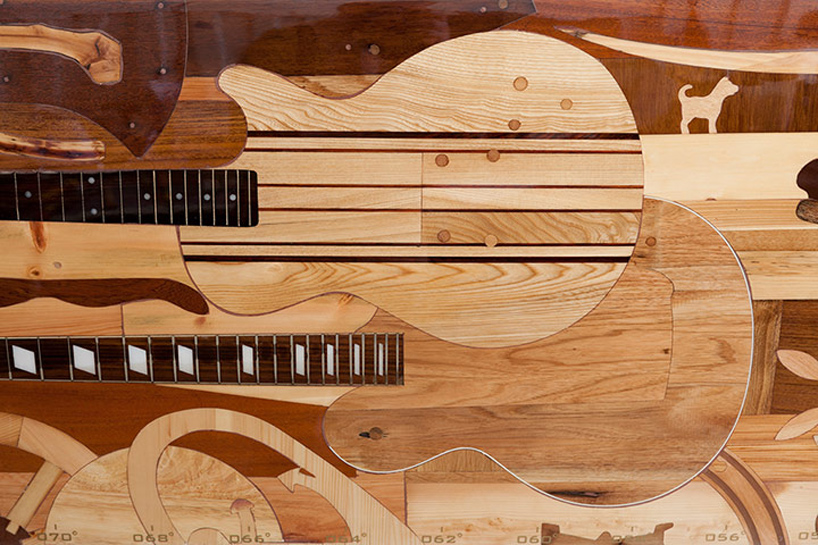 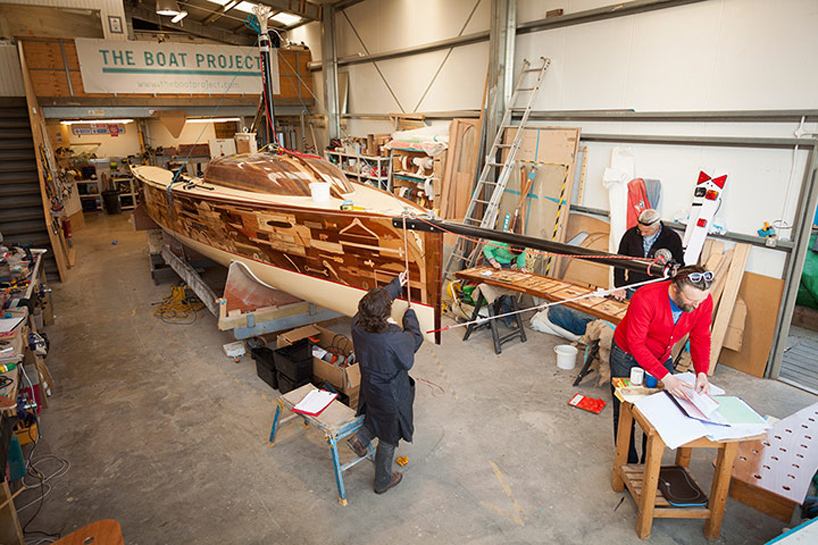 gwen van spijk, executive director of the boat project, measuring the fore photo by sam frost for the guardian

‘the boat project – 27 days to launch’ the short clip captures the last days of construction on the vessel set for voyage on may 7th, 2012 video courtesy of lone twin, filmed and edited by toby adamson 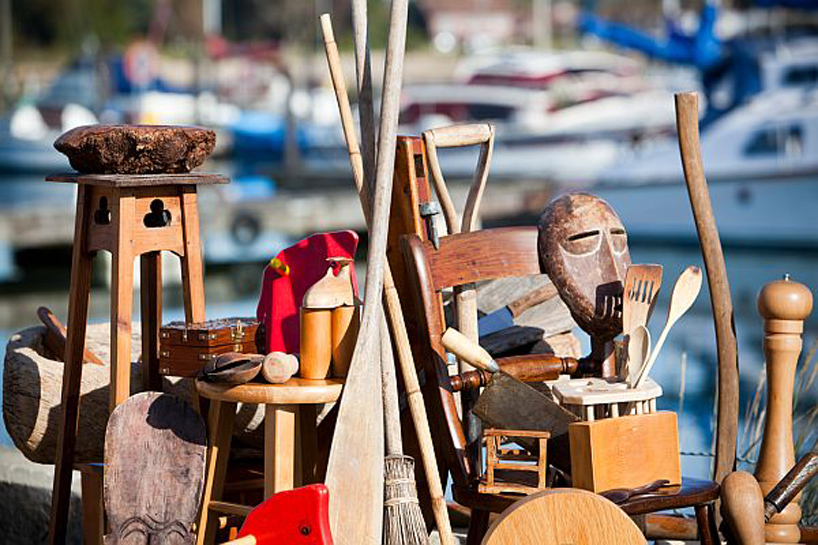 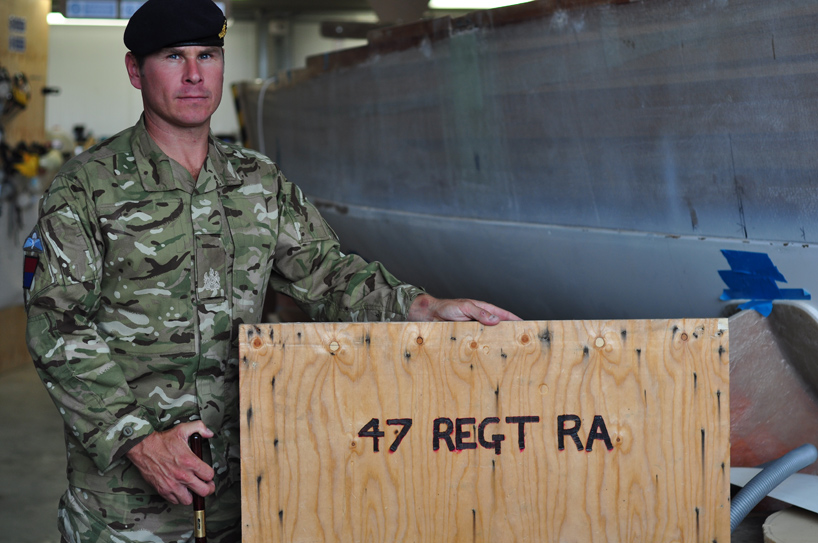 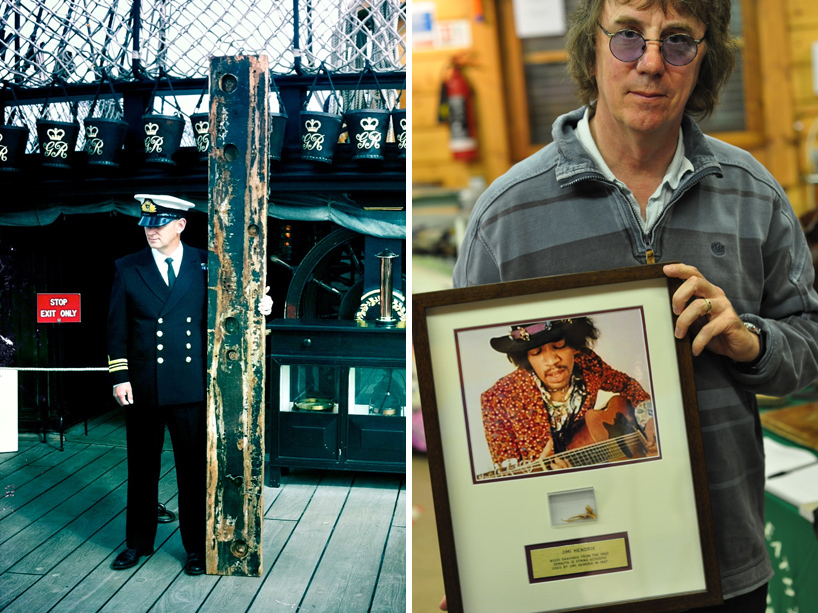 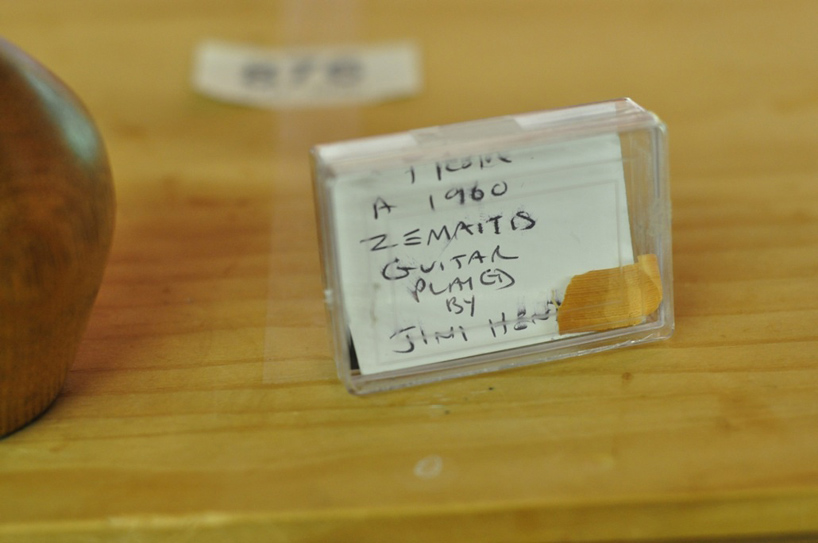 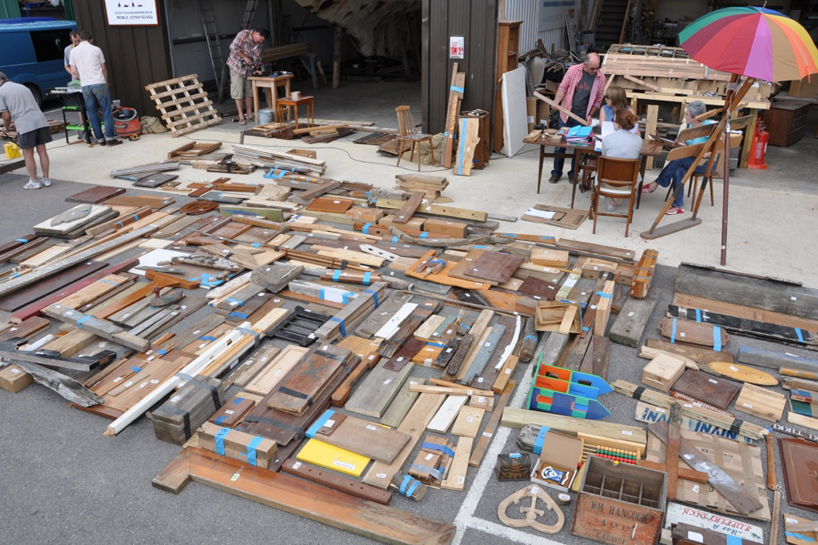 the donations laid out and sorted photo © toby adamson 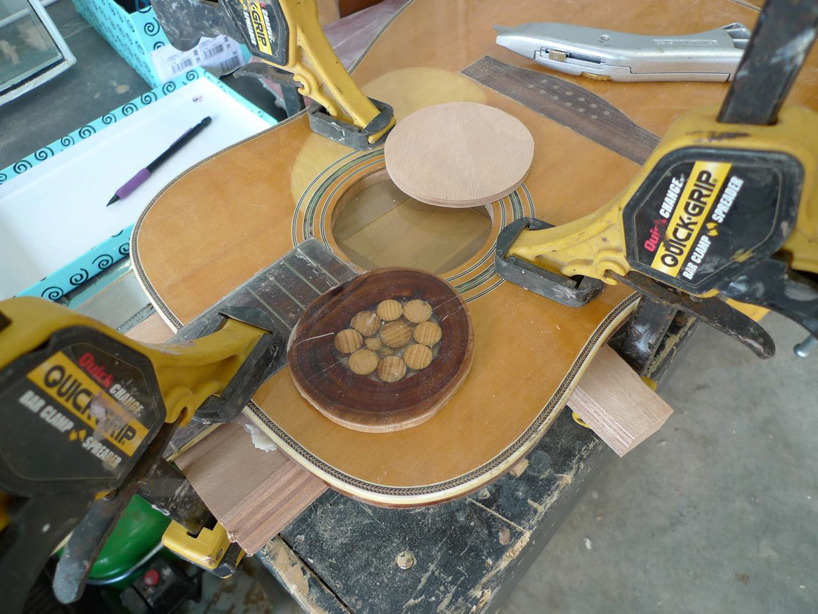 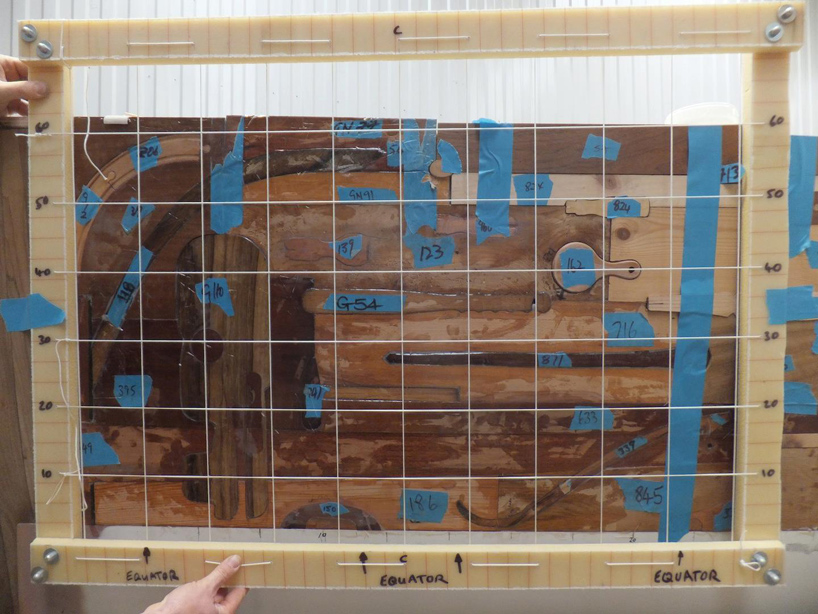 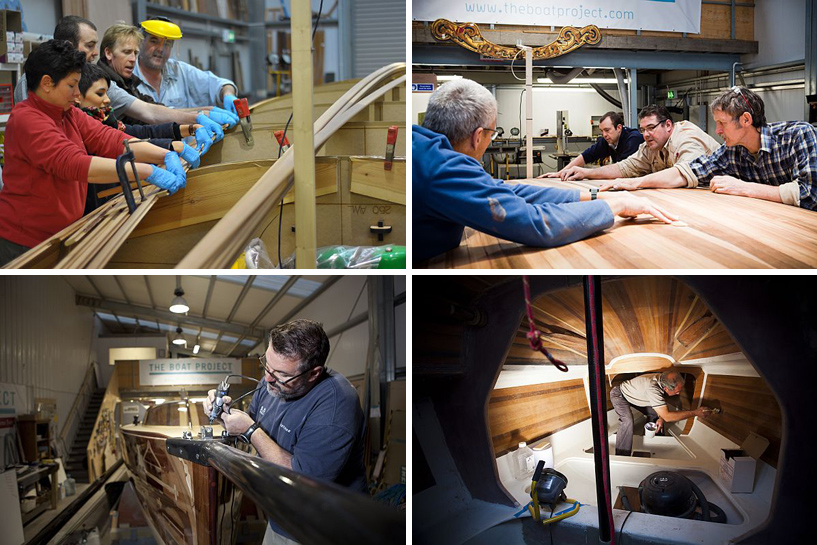 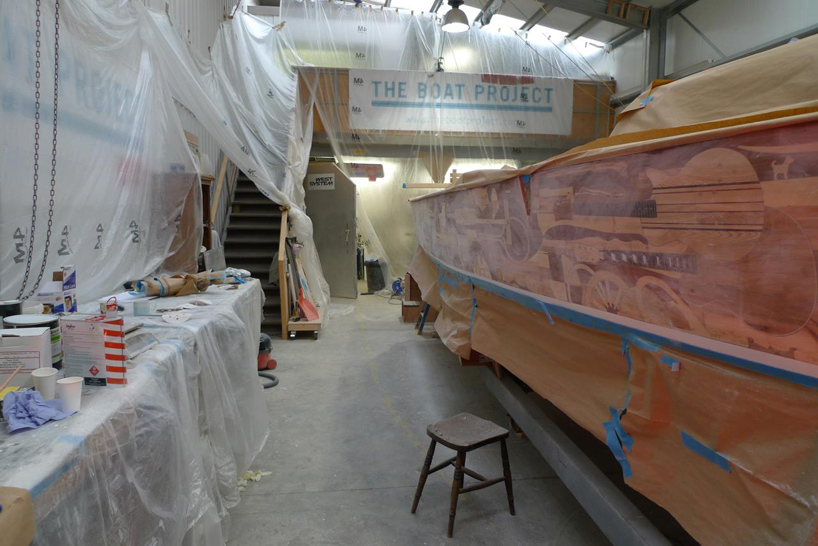 spraying in process image courtesy of the boat project

‘timelapse’ documenting the two days in which the build team constructed the form and block in which to construct the boat over video courtesy of lone twin, filmed and edited by toby adamson

‘fairing the hull’ mark covell, jesse loynes, ian davidson, paul underhill and mike braidley hard at work sanding back the cedar planking to make the hull as smooth and fair as possible prior to glassing video courtesy of lone twin, filmed and edited by toby adamson 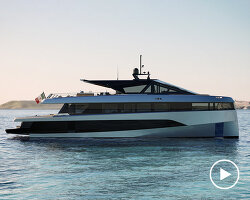