‘the book that can’t wait’ (‘el libro que no puede esperar’) is a literary work printed with ink that completely disappears within two to four months of opening the package, urging purchasers to actually completely read the book shortly after they buy it. the project was developed by argentinian small publishing house and bookshop eterna cadencia in collaboration with the buenos aires office of creative agency draftFCB, for an anthology of new latin american authors. sealed in air-tight packaging, the specially developed ink begins to disappear upon its exposure to light and air.

‘we think that this is a magical and poetic way of confronting a real problem,’ explains javier campopiano, regional general creative director of draftFCB. ‘we wanted to make a book that was a message in itself, that encourages us to read those authors, before their stories disappear for real, right before our eyes.’

while potential purchasers are likely to object to the impermanence of the object– which defies being returned to months or years later for a second reading– the project highlights both the difficulties that face emerging contemporary authors, as well as our often-neglected enjoyment of text, and the perhaps overly confident opinions we hold about the permanence of written material. as the video documentation of the project suggests:

‘books are very patient objects. we buy them, and then they wait for us to read them. days, months, even years. that’s OK for books, but not for new authors. if people don’t read their first books, they’ll never make it to a second.’ 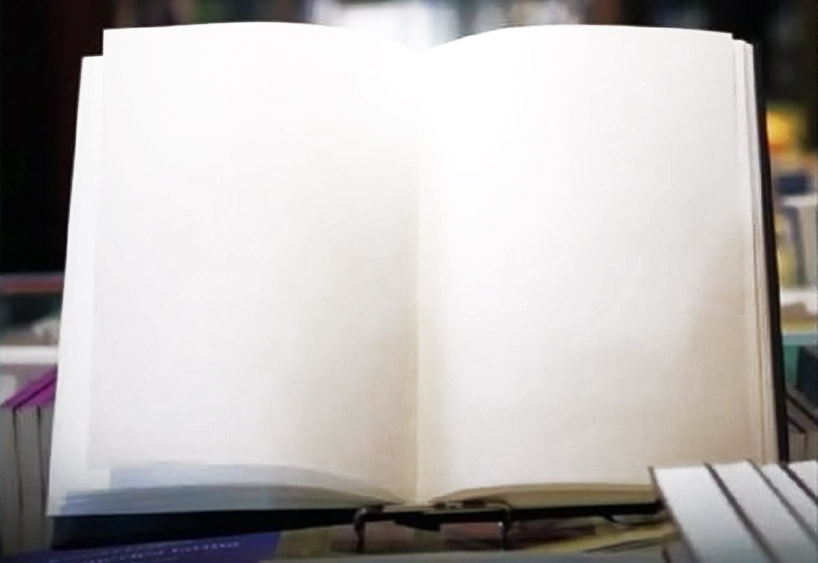 until it disappears, the first application of the new ink offers an anthology of emerging latin american authors

video explanation of the project