japanese designers fumiaki goto, jo nakamura and tatsuo kuroda of the designers collective bril met when studying at design academy eindhoven, in the netherlands. now back in japan, the creative trio has begun working collaboratively in order to pursue more experimental forms. they have developed the project ‘ceramic lab’ in which kuroda, nakamura, and goto formulated an exposition of three methods of ceramic process and manufacturing. 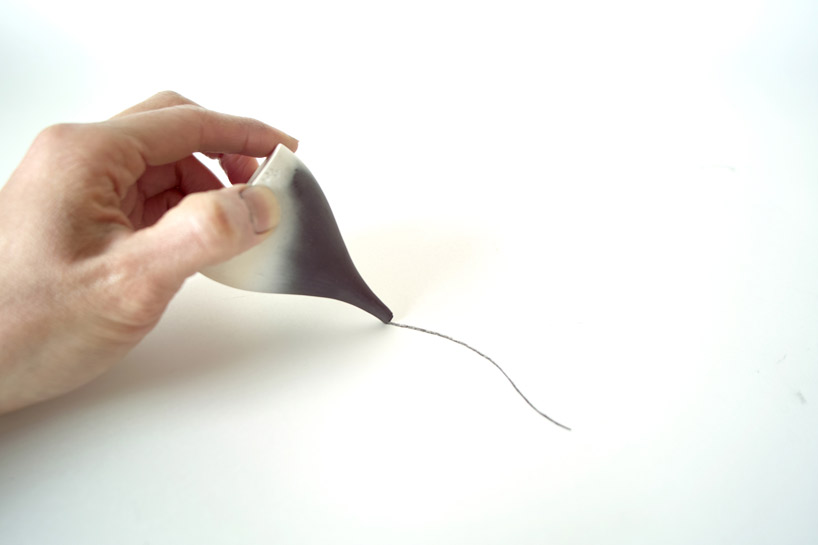 ‘drawing vessels’ by fumiaki goto developed a ceramic pencil which also may be used as a bowl. in the earliest stages of formation, the clay is mixed with graphite. after being molded by goto, the piece is baked at a scalding temperature. ‘drawing vessels’ are baked in such a way that the upper portion exists as standard, light ceramic bowl while the lower portion gathers in a black point for drawing. 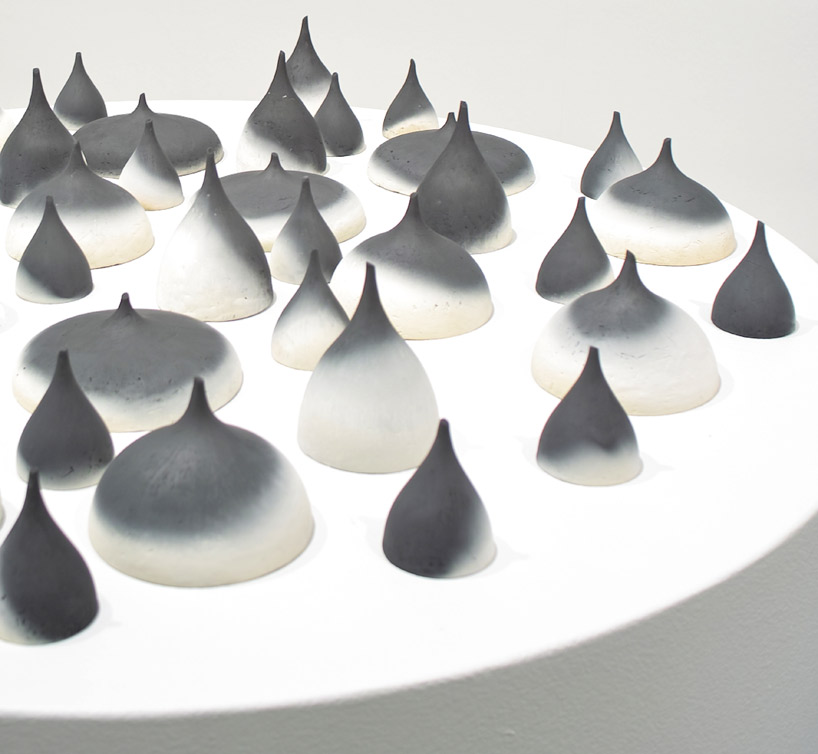 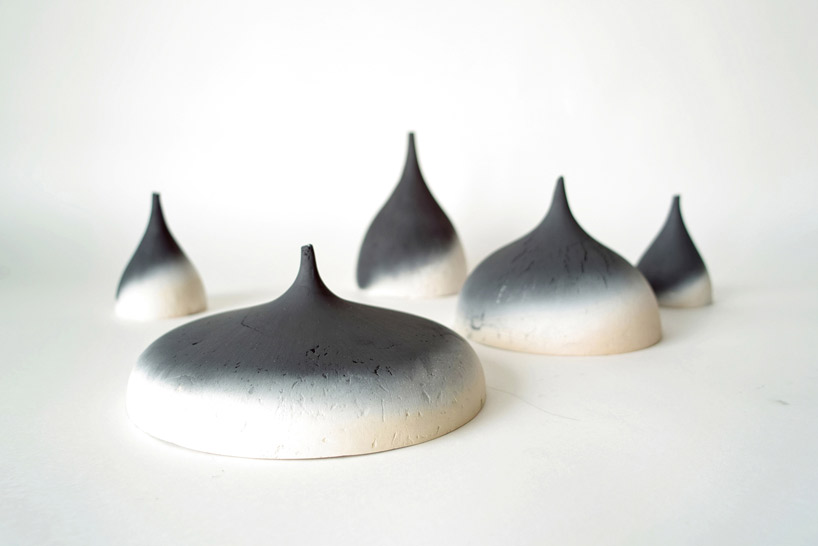 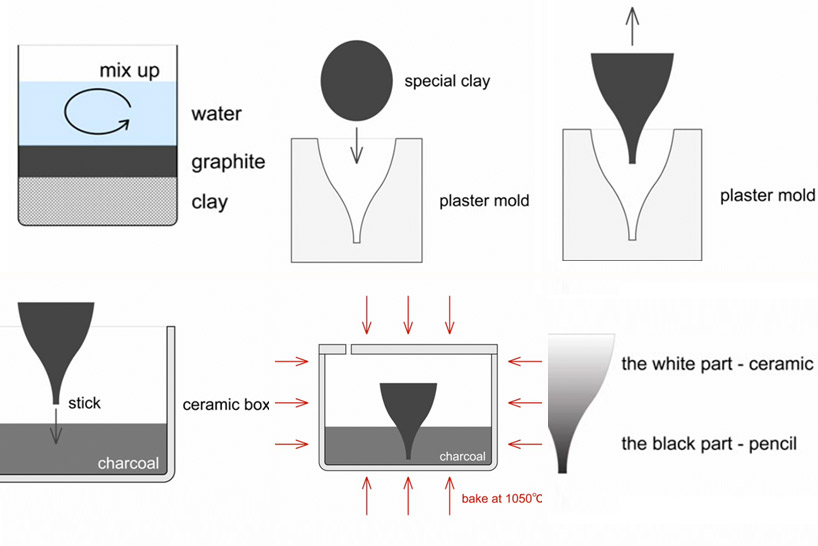 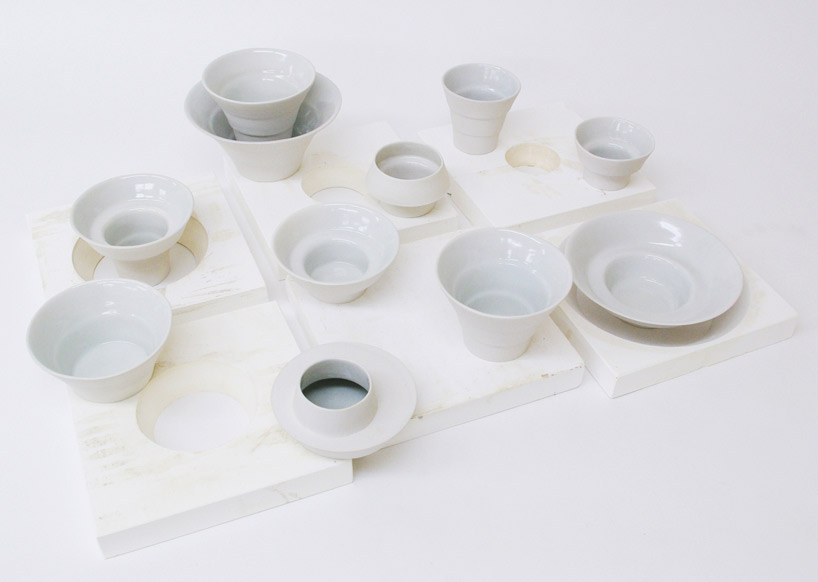 ‘one molds’ by tatsuo kuroda

the collection was formed from a slip casting method with layer plaster molds, creating various shapes by changing the order of the stacked molds. 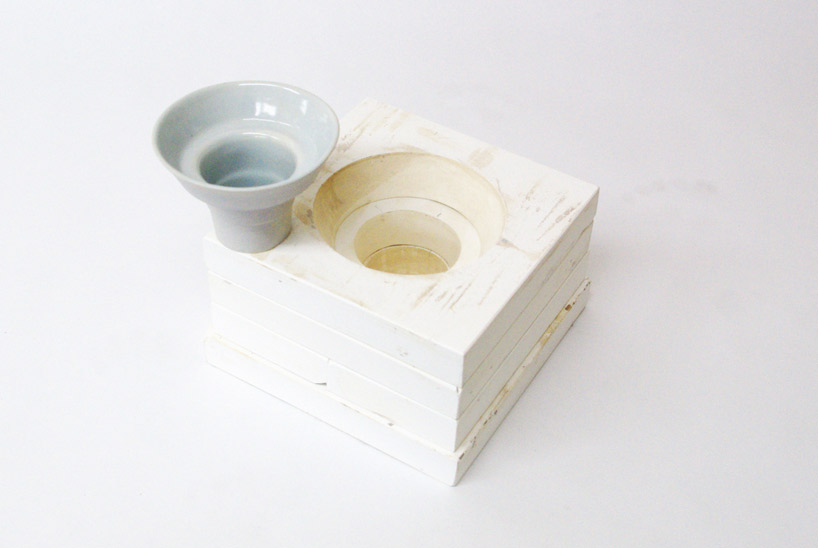 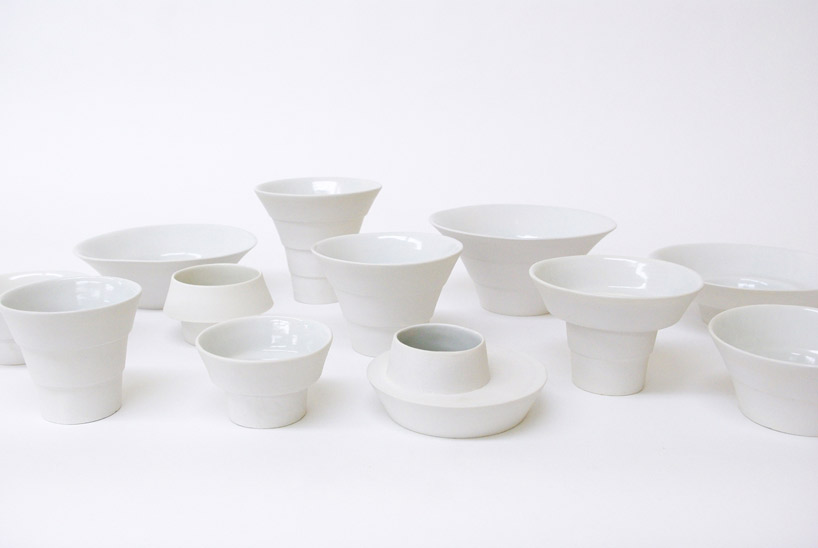 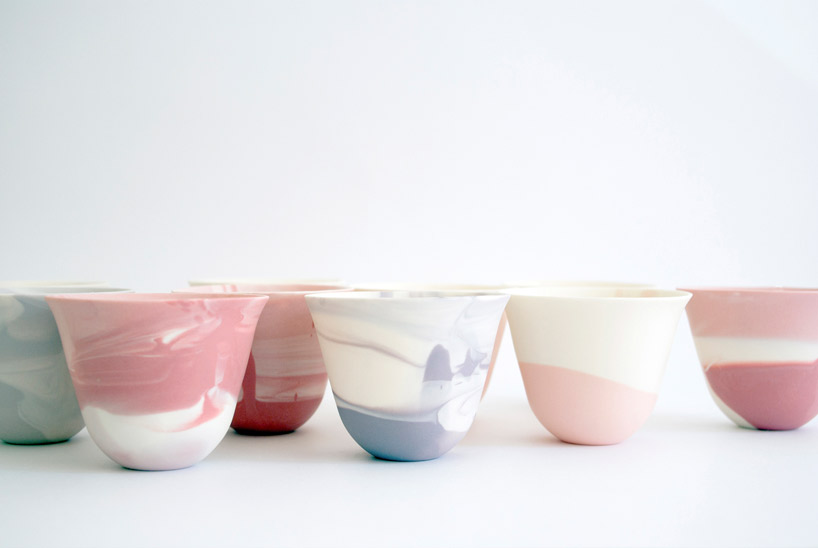 the small ceramic cups were crafted from slip-casting as well– the designer conceived of a fluid pattern on the surface of the pieces seeming have color added accidentally. 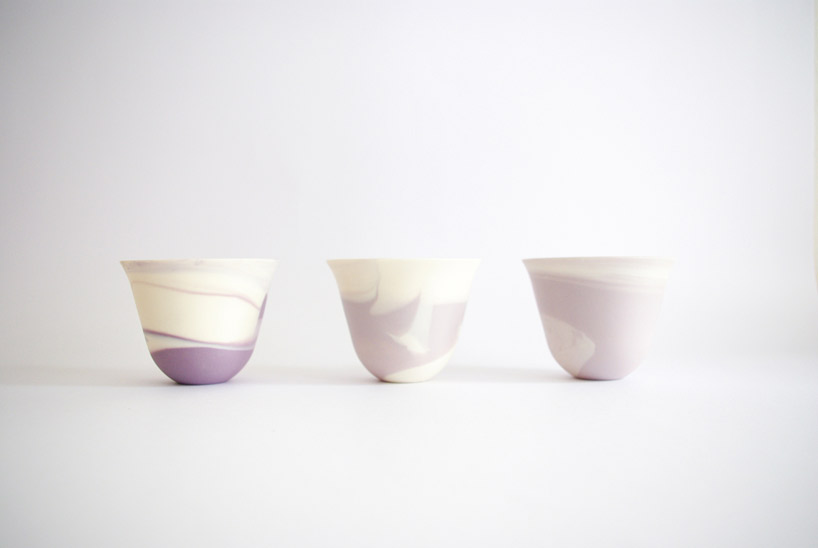