hector ouilhet a designer/researcher at the ‘MIT mobile experience lab’ informed us of the lab’s recently unveiled project ‘the cloud’.

the cloudan organic sculptural landmark that responds to human interaction and expresses context awareness using hundreds of sensors and over 15,000 individually addressable optical fibers. constructed of carbon glass, spanning over four meters, and containing more than 65 kilometers of fiber optics, the cloud encourages visitors to touch and interact with information in new ways, manifesting emotions and behavior through sound and a dichotomy of luminescence and darkness. 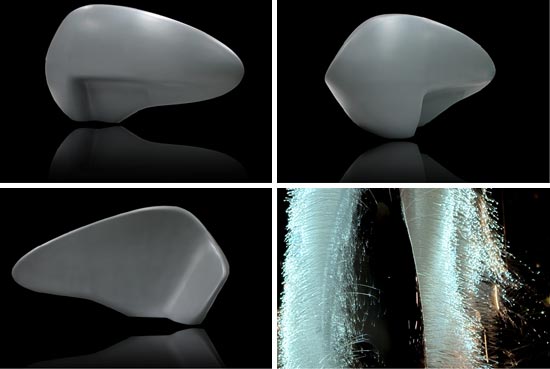 the shape of the cloud originates from a plastic movement in space that is frozen in time, a still image capturing an instant of a volume in motion. the cloud’s form is continuous and soft, its curvaceous, seductive and yet intriguing. it was designed to be seen both from inside and outside, so it turns on itself revealing a convex curved surface to the exterior while embracing the interior space of the pavilion with its internal concave shape. the cutting edge design techniques used in our process allowed defining continuous curved surfaces, which respond to varying modeling forces, which result in the final gesture of the cloud, as a liquid mass emerging from the ground and free-floating in space. the surface treatment is of a highly polished gloss, as the cloud displays at the same time that it reflects its environment, it becomes a witness of the space and it inhabitants. the cloud reflects its surroundings as it reacts to it. 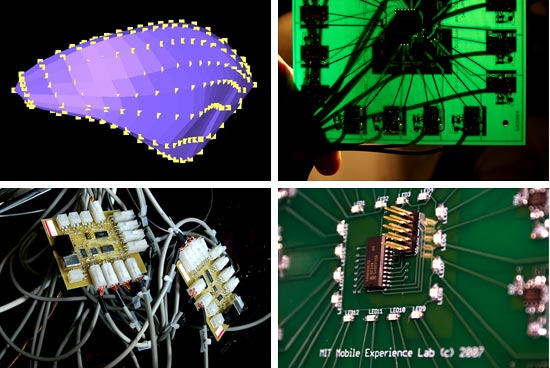 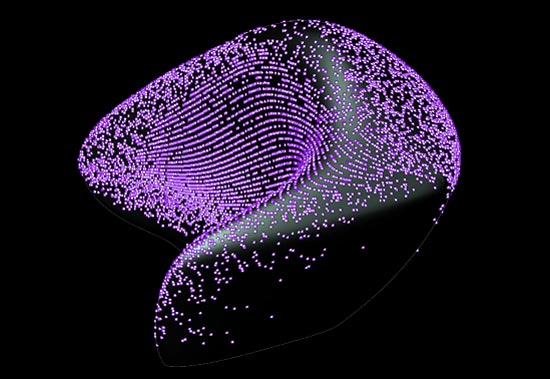 the cloud is equipped with 20 proximity sensors that cover the entire object. It can detect if someone is near the object, but also the direction they move, if they go to the back of the object, if they are walking around, etc. three-quarters of the cloud are covered with touch sensors for precise touch-area tracking. besides that, the cloud is equipped with two cameras and microphones for long range detections. 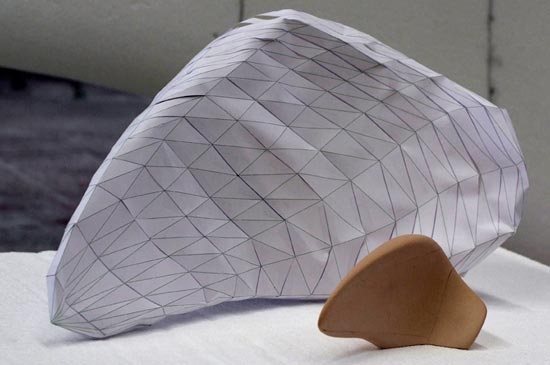 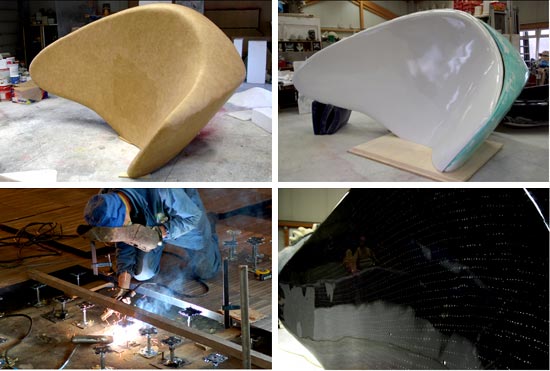 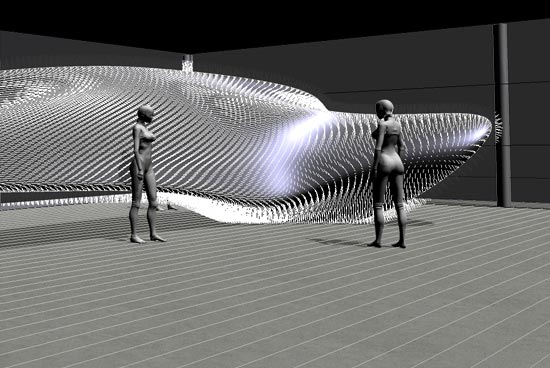 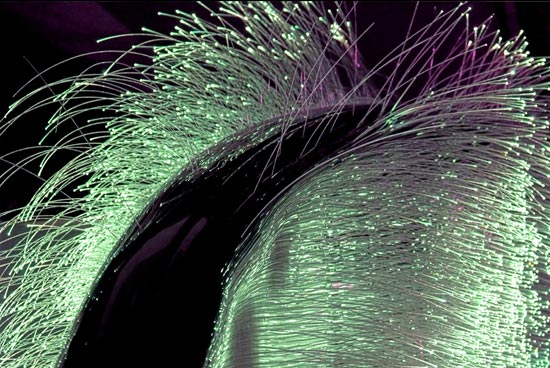 nearby interaction the cloud is capable of detecting presence and engaging with users through its multi-fiber touch interface. tactile engagement with the individual fibers provokes a variety of responses from the cloud, ranging from ambient lighting to animation and sound. the cloud’s open-source development platform encourages users to contribute to a growing library of creative interactions that will stretch the limits of the imagination. 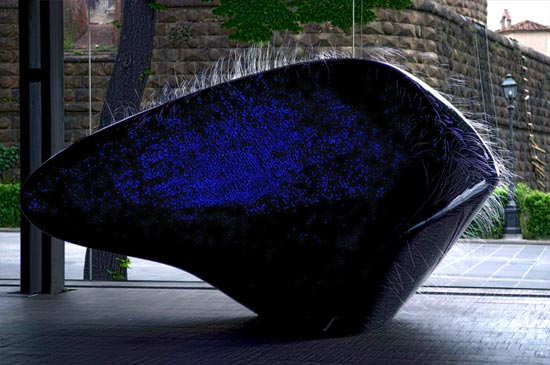 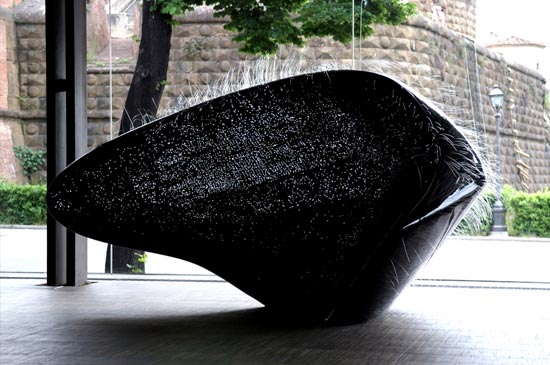