‘re-skin’ is the story of an unlikely encounter, a craft adventure between traditional beijing box maker, guo derui and textile experimentalist elaine ng yan ling, founder of the fabrick lab in hong kong. the small treasure boxes were presented during BJDW beijing design week 2014 as part of the dashilar pilot craft program and are made from extremely rare fabrics from the song and tang dynasty.

working together at the back of mr guo’s convenience store in the studio where he lives, cooks and makes, they remodeled the ancient boxes into bespoke pieces by combining sophisticated craft techniques and advanced textile processes. 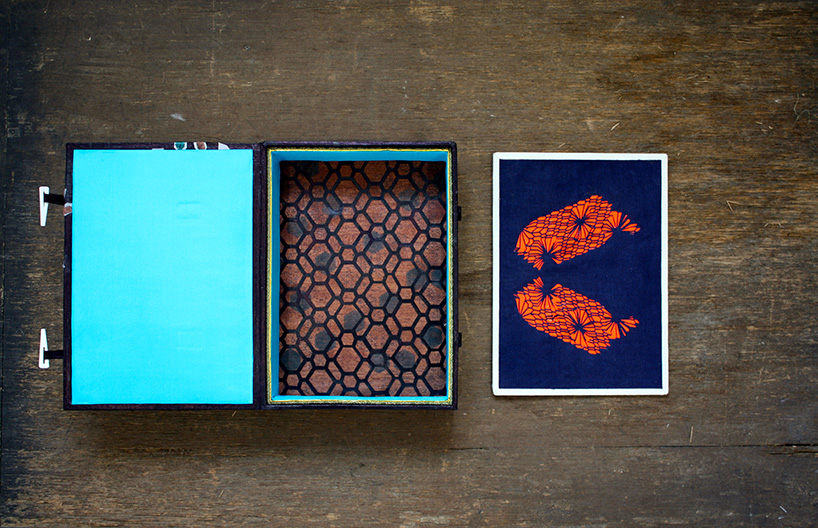 the hands on sessions included exchanging fabric ideas, mixing hand and digital cutting methods together, introducing woven fabrics and re-sizing the typical mould and trails with new colours and combinations. unlike modern containers, which serve multiple purposes, the design process begins with the object in mind as the form of each box is made especially to fit. 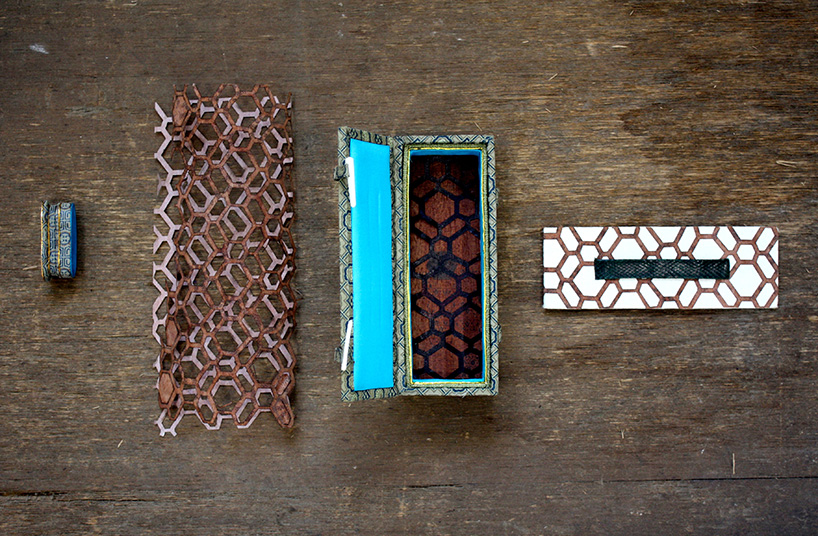 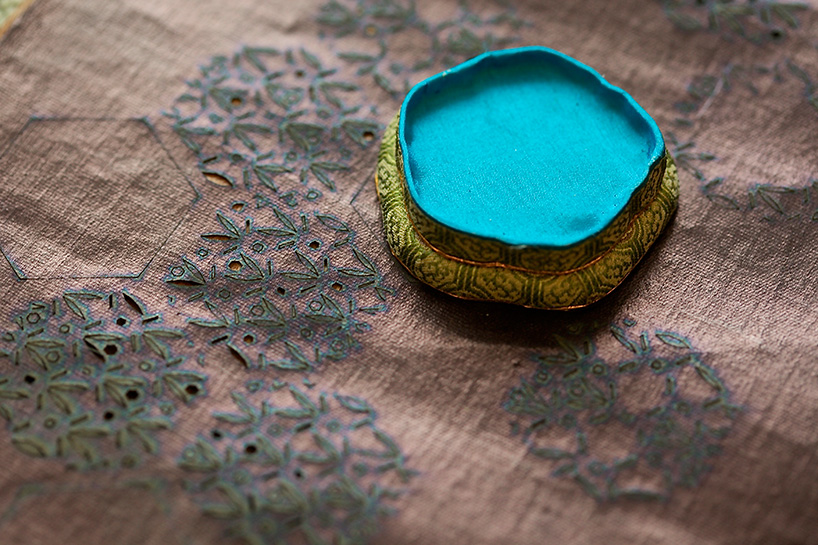 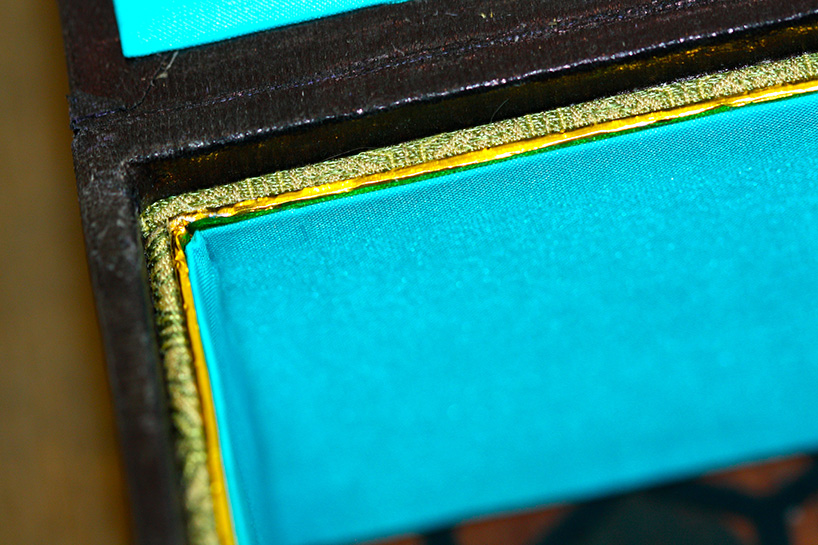 new materials and colors are applied to the boxes 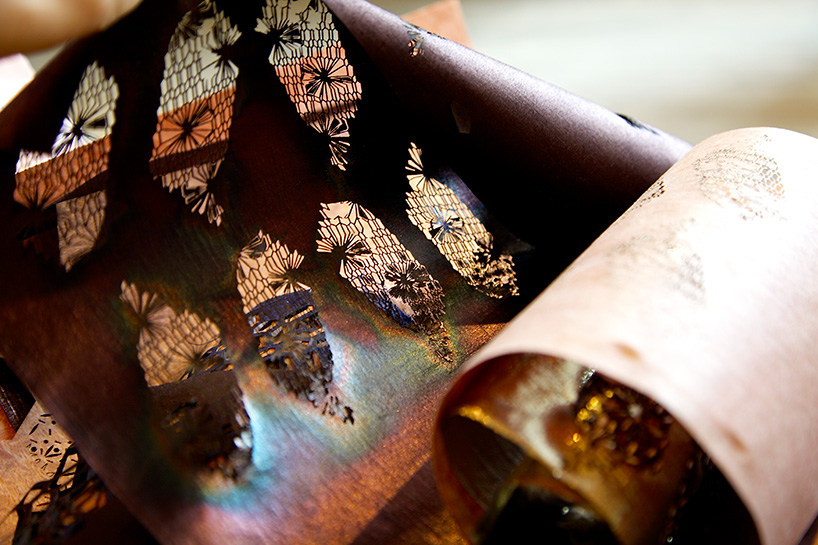 detail of the process 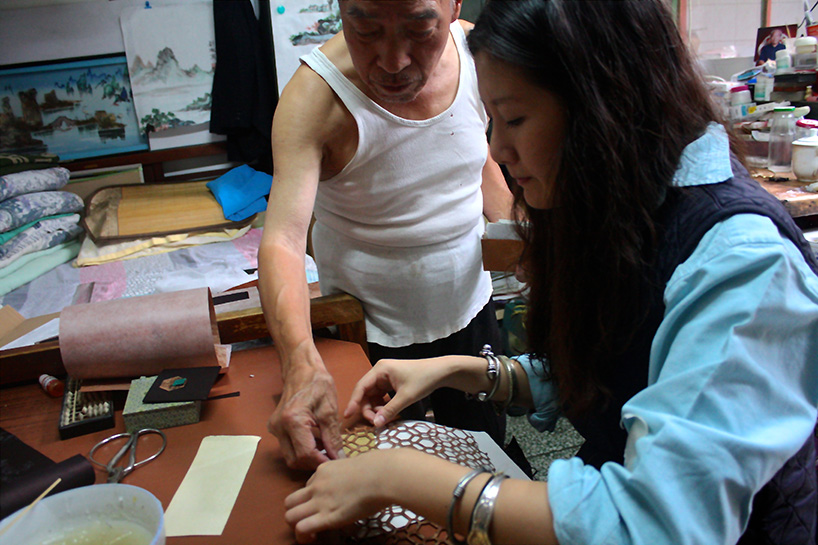 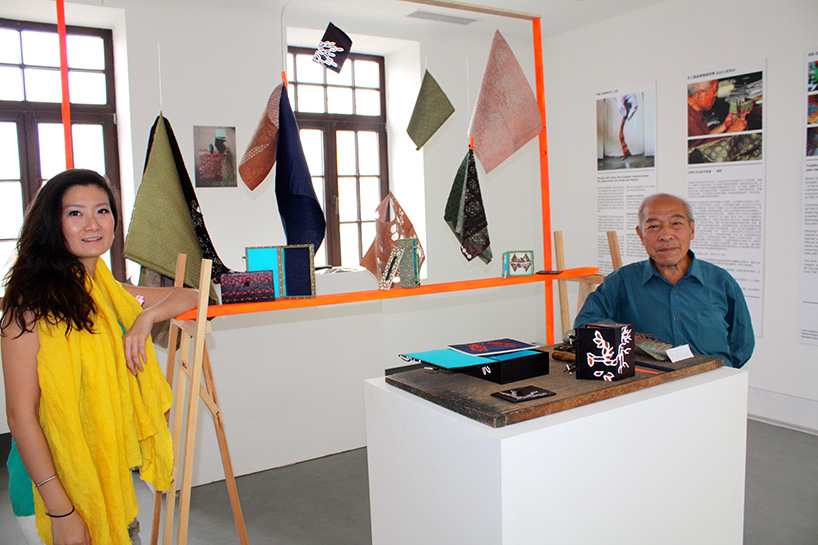