‘the fantasies of charles’ by charles kaisin

belgian designer charles kaisin hosted a dinner during the art brussels fair entitled ‘the fantasies of charles’ which included a 10 foot (3 meter) solid oak and beach table. the horizontal surface is supported by several trees down the center of the piece which continue past the top of the work, the branches reaching the ceiling of the space. the trunks take the place of instead of evenly positioned legs in a seemingly random order. while some trees continued upwards, others grow through the surface into candle holders just past the surface of the work, giving the impression that the table top is floating between the foliage.

the 36 seater table was completed by gold flooring and white draping. the guests, including elio di ruppo, jean-paul gaultier, xavier and hurbert guerrand-hermès enjoyed 36 birds flying above their heads as they feasted on a seven course meal. 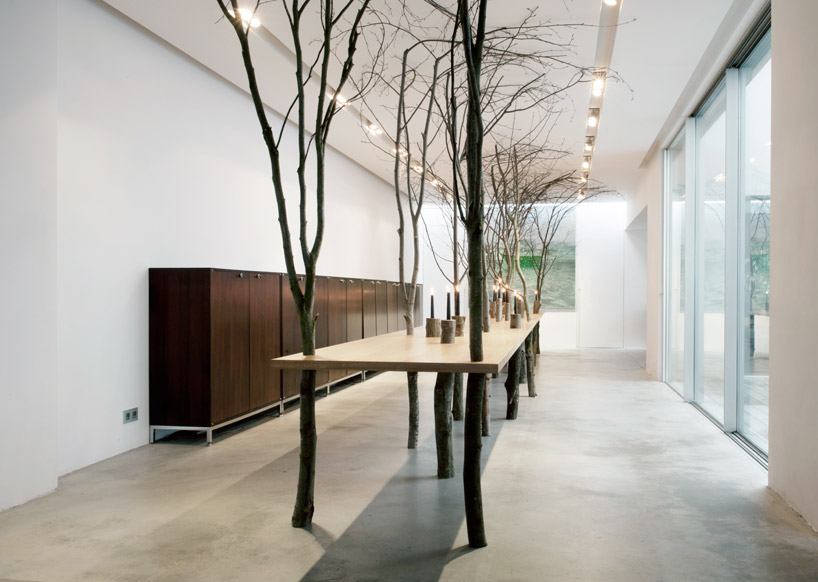 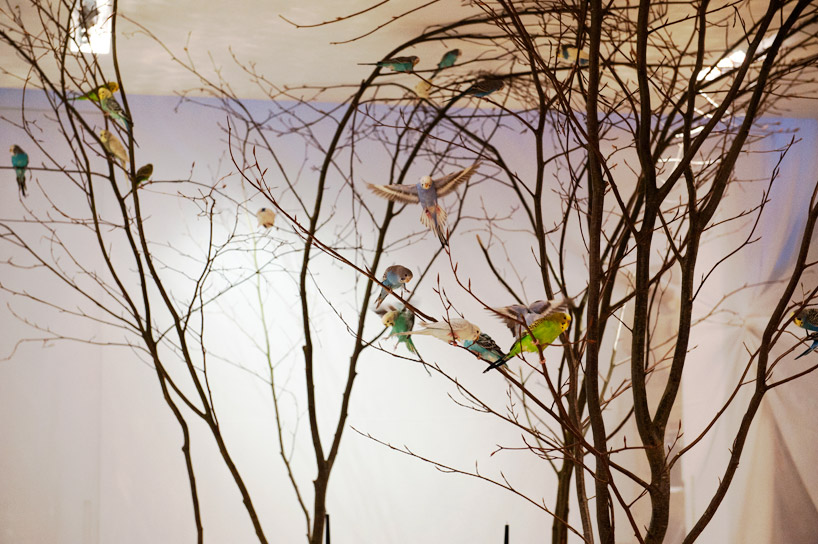 36 birds were flying around the branches 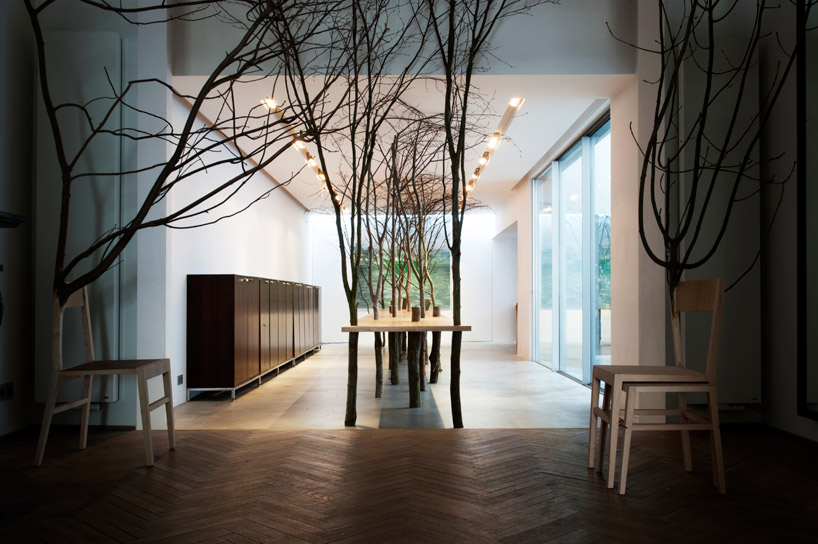 view from outside of the room 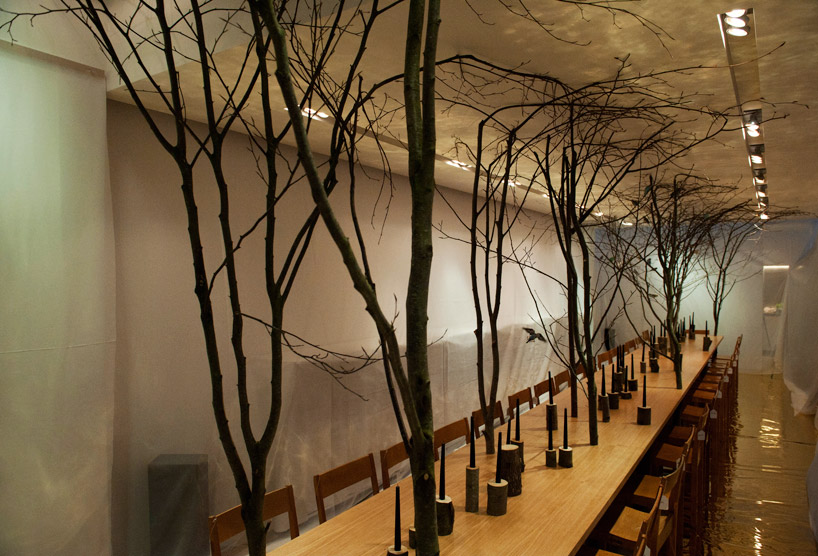 the stage is set including the candles and reflective gold ground 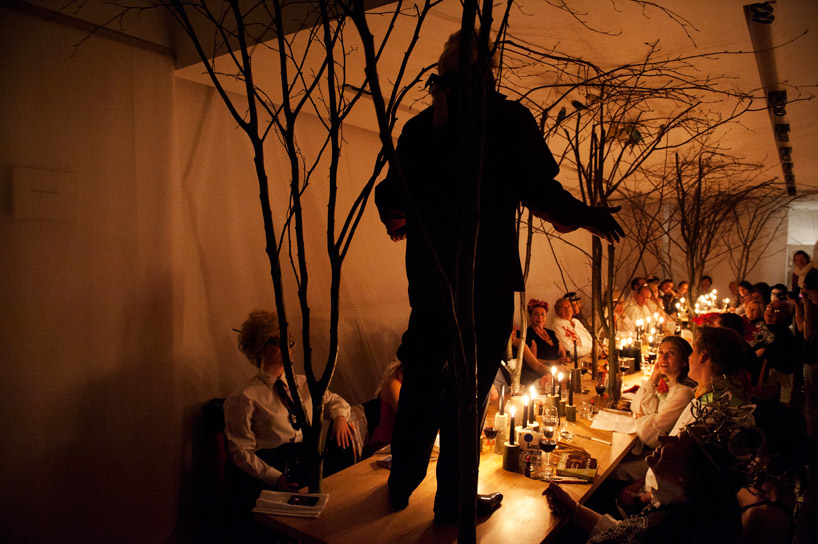 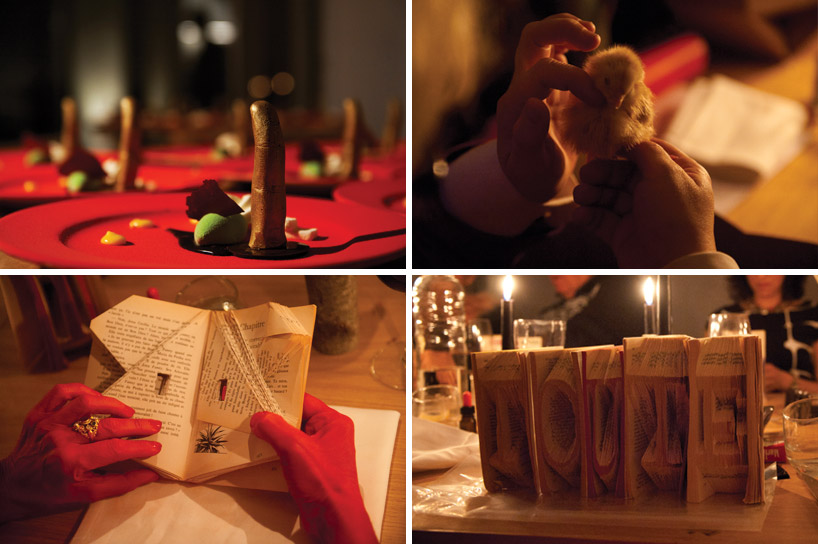 (top left) kaisin’s index finger was moulded and gold-leafed by chocolatier pierre marcolini and presented on a plate of chocolate and fruits for the seventh and final course (top right) each guest received a chic sitting on three eggs before they were returned to the countryside the next day (bottom left) a book was handed to each person containing a ginseng pill (bottom right) when all the folded books are assembled, they spell out a quote by andré gide: ‘toute chose appartient a qui sait en jouir’ or ‘everything belongs to those who know how to enjoy it’ 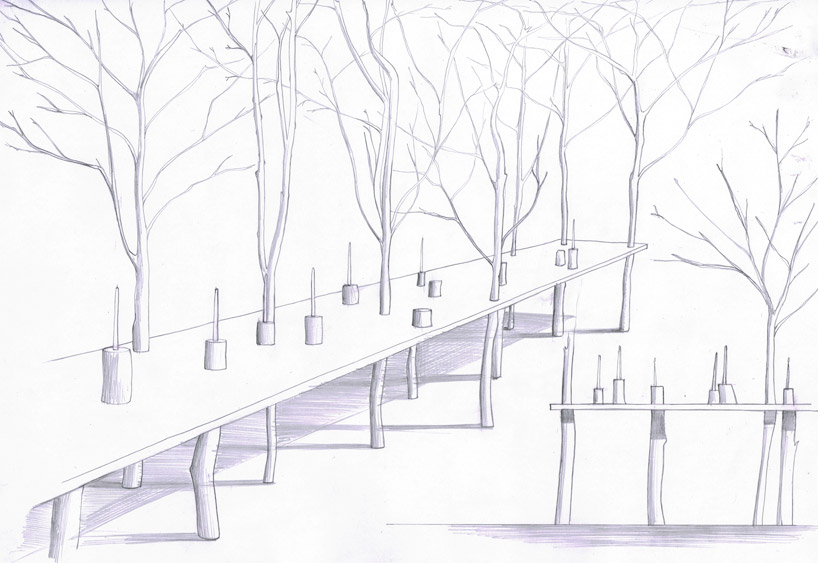