samir el kordy in collaboration with samina el-sheikh, ‘minc’ (carla van beurden) and ‘more platz’ (caro baumann) have created an installation ‘the future of tradition – the tradition of the future’ for ‘the exhibition of islamic art’, a curatorial collective whose elements have been selected and assembled over the course of a century. the piece of textile architecture, which is on show until janurary 9, 2011 at haus der kunst in munich, looks to ancient egyptian theories and traditions as a means of delivering its narrative. 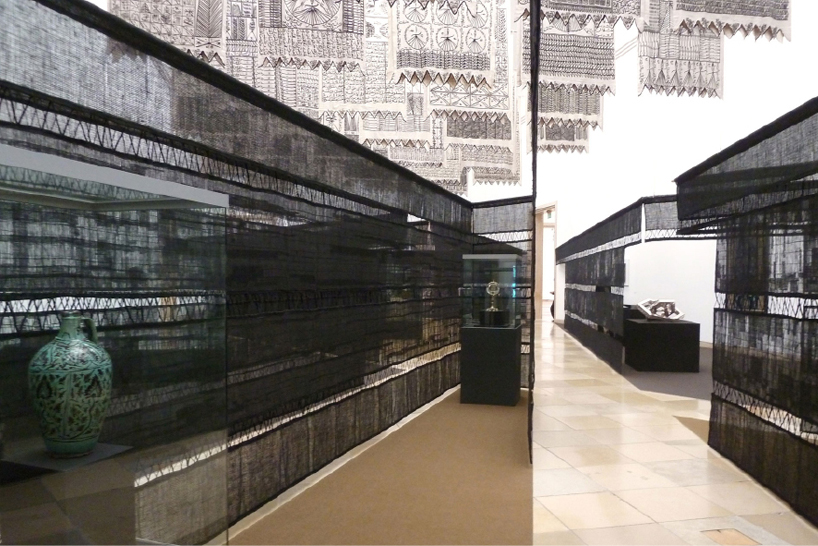 avant-garde arab intellectuals’ of the 20th century saw history as a fluid process – its interaction with the present as dynamic, cyclical and interconnected. they had begun with a belief of modernity being a rupture from the past, but later reinstated the role of tradition.

the plan of the central exhibition area follows this model of thinking, aligning itself along a structure of intersecting axes, allowing for repetitive and continuous shifts of perspective between each space. woven, semi transparent strings provide a constant connection between each environment and the exhibited works selected from different time periods. 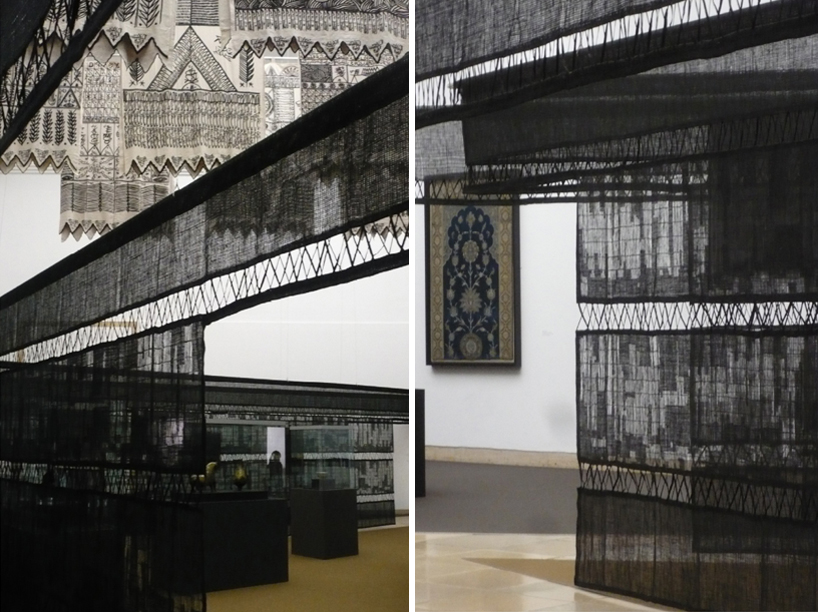 chosen based on its traditional and practical implementations, textiles were used to delineate spaces and pathways. the material was also favored due to its prominence throughout the collection, most notably in the ninety-nine banners hanging above the installation entitled ‘the invisible masters’ by rachid koraichi. 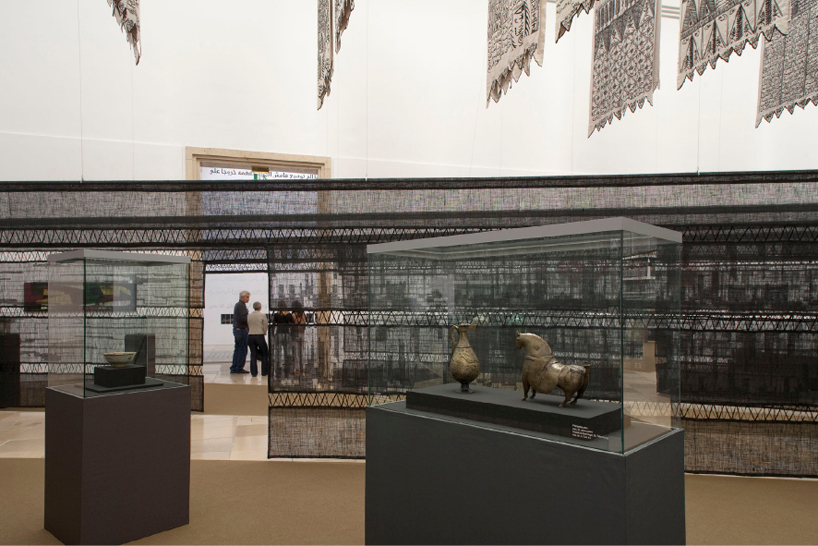 in egypt, traditional enclosures are brightly colored and patterned units constructed out of fabric. commonly used to specify domains, to define access and to enclose, mark or advertise an event or celebration. digitally derived patterns mimic the traditional ones, creating abstract versions of  patterns traditionally used to adorn the temporary dwellings. the contemporary language speaks to the visitors while corraling the loosely linked groups of objects, housed in eight separate zones.

the panels were woven in a workshop located in cairo, egypt. 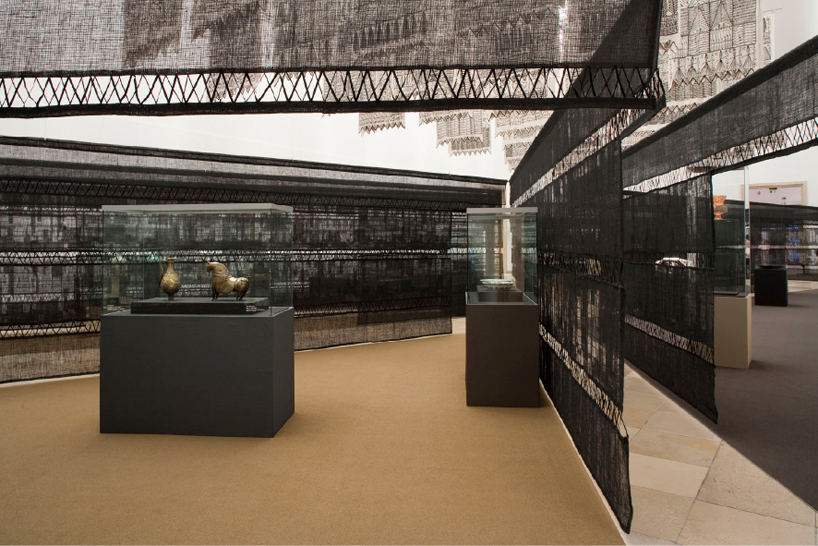 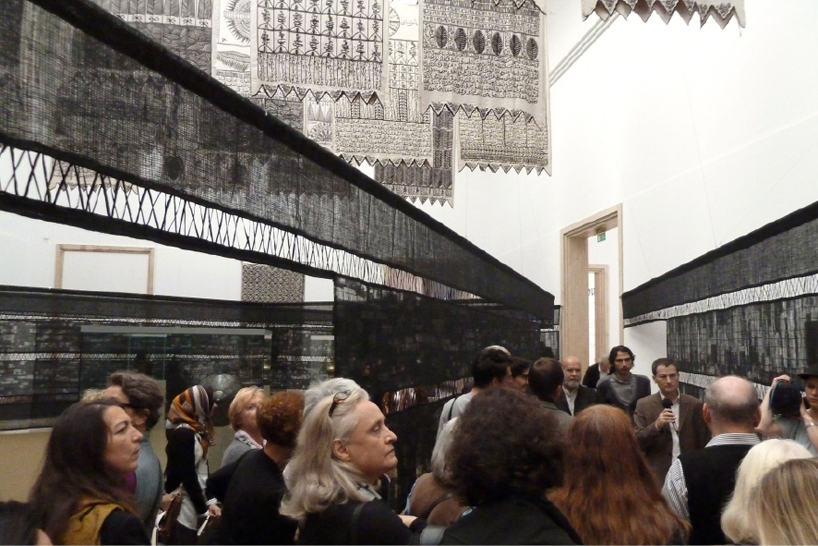 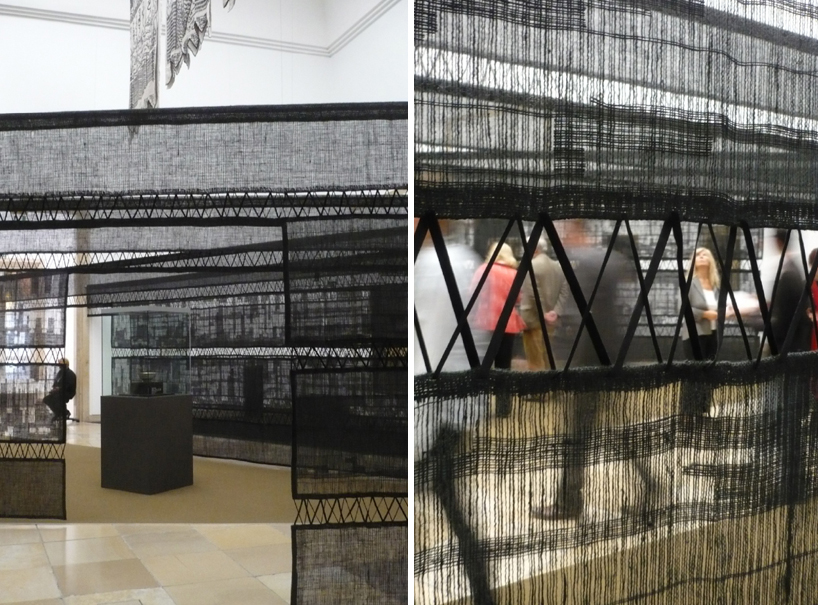 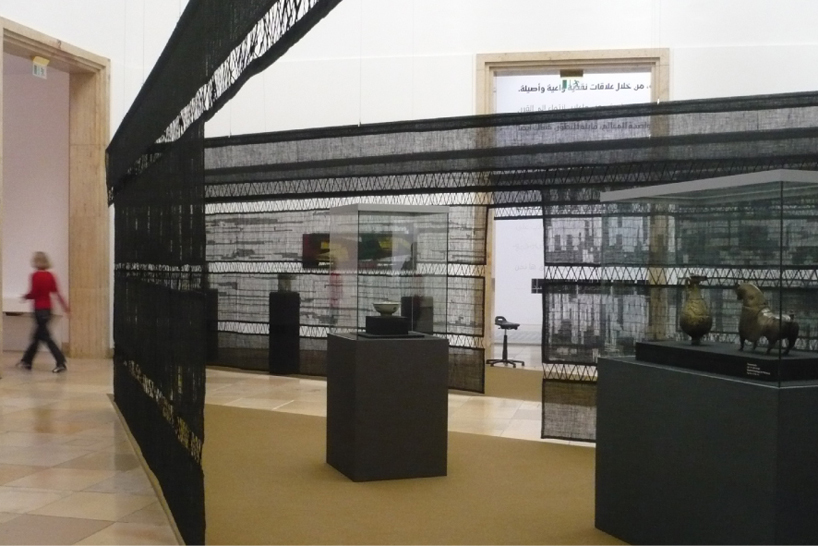 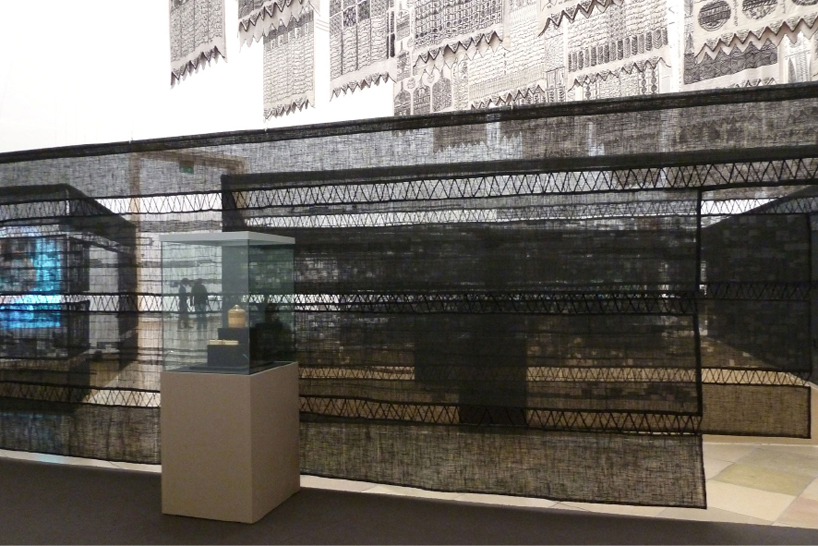 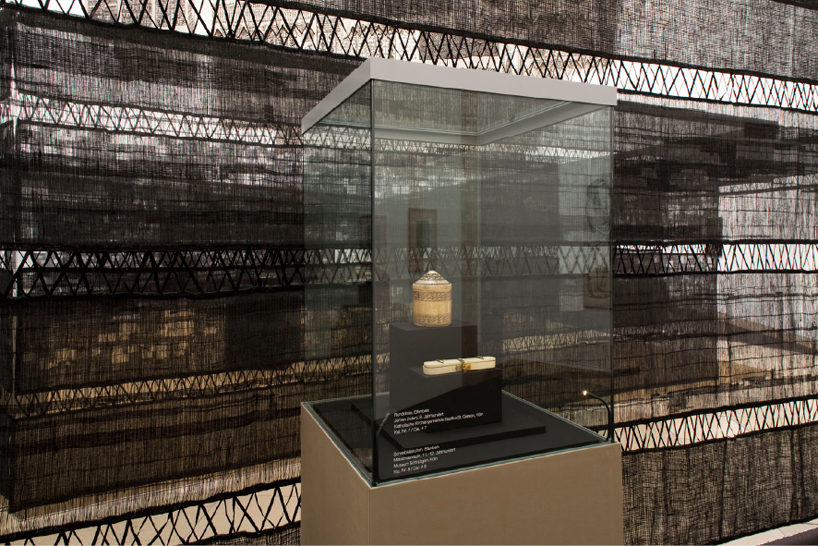 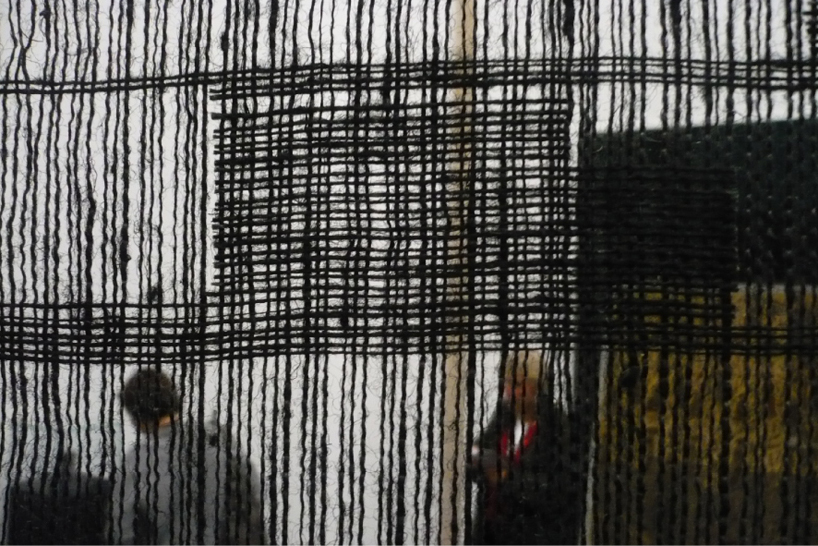 detail of a woven panel 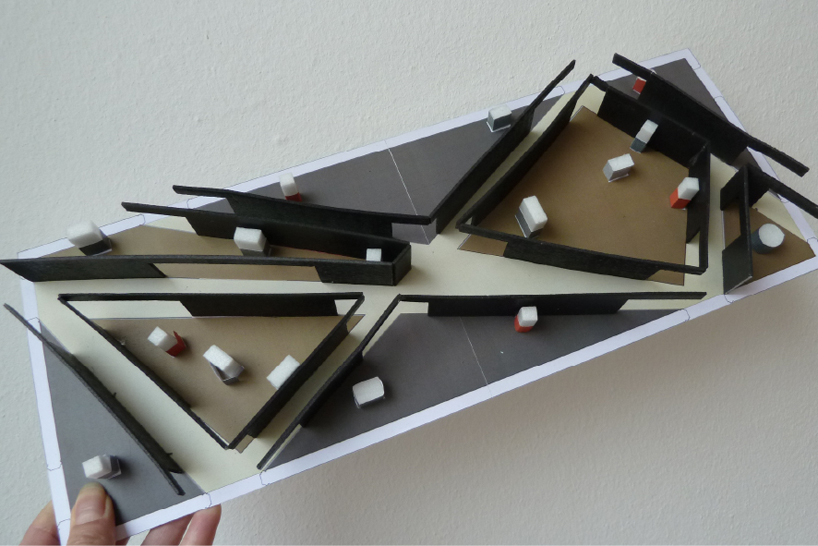 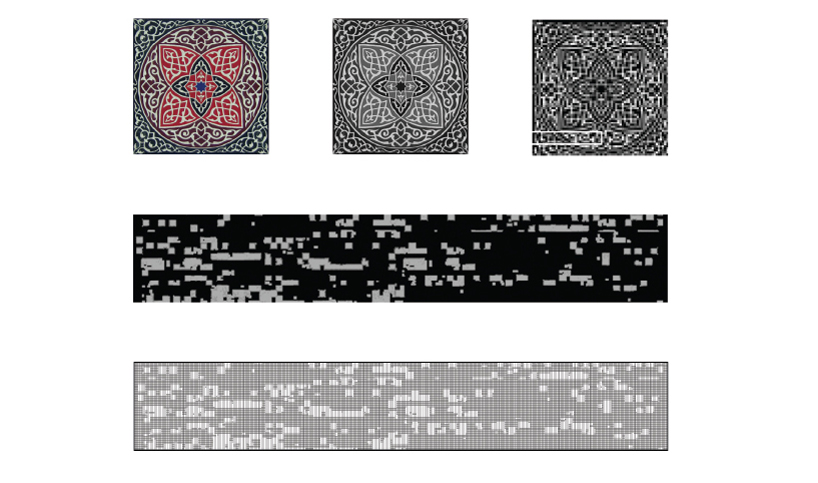