thursday 14th january sees the opening of ‘the graphic imperative‘ exhibition at the school of art at western michigan university. the show features 100 international posters for peace, social justice and the environment designed between 1965-2005.

‘every movement for social change in the past hundred years has begun with the arts. theatre, poetry, music and posters have been central, but political and social posters in particular, are living reminders of struggles for peace and justice. whether they communicate, exhort, persuade, instruct, celebrate, or warn, graphic posters still jar us to action through bold messages and striking iconography.’ 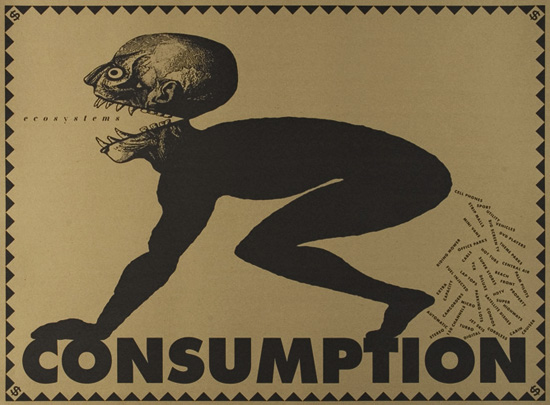 ‘the graphic imperative is an exhibition of international sociopolitical posters that stir our emotions yet cause us to reflect. the exhibition of examples of agitprop provides a window to an age of change, utilizing the power of visual metaphor and at times, savage irony and humor. themes from the past four decades include dissent, liberation, racism, sexism, human rights, civil rights, environmental concerns, aids, war, literacy and tolerance.’ 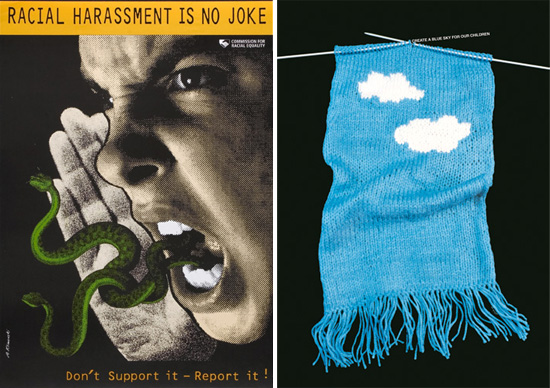 left: ‘racial harassment is no joke’ by andrzej krakowski, 1997 right: ‘create a blue sky for our children’ by parisa tashakori, 2002

‘these posters have transmitted the ideals, hopes and dreams of millions who have dared to raise their voices in protest or concern. they have helped empower and propel important movements for social change. some have become icons that have changed the way we view our institutions, our world and ourselves. because graphic designers need to express their individual views about a cause or issue, their posters are a form of personal expression in a field that often prefers the bland.’ 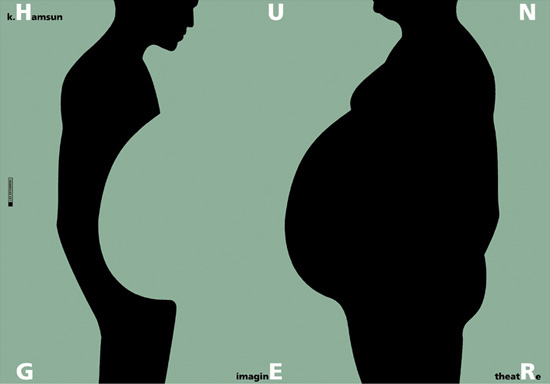 ‘by selecting 100 posters, we have endeavored to show the social, political and aesthetic concerns of many cultures in a single exhibition. in delineating themes and contrasting political realities, we hope to focus the issues of our turbulent times as cuban poster designer raul martinez stated: ‘putting a graphic face on a movement.’