bruno the brown bear had his home in the italian alps, but it was inevitable that he would roam around, eventually making his way over to bavaria – the first bear sighting, in what is now germany, in approximately 170 years. unfortunately, while doing so he survived on sheep and hunters. posing him as a threat, the government saw him killed in 2006 despite much opposition from animal lovers.

details of the bear head

moved by the tragic story, eiko ishizawa decided to ‘recreate’ the incident in a way. the netherlands-based artist has employed this notion of camping gear, transforming the sleeping bag to take on the appearance of a bear, formulating association between one’s love of the wilderness, and the fear of the unknown in the great outdoors. 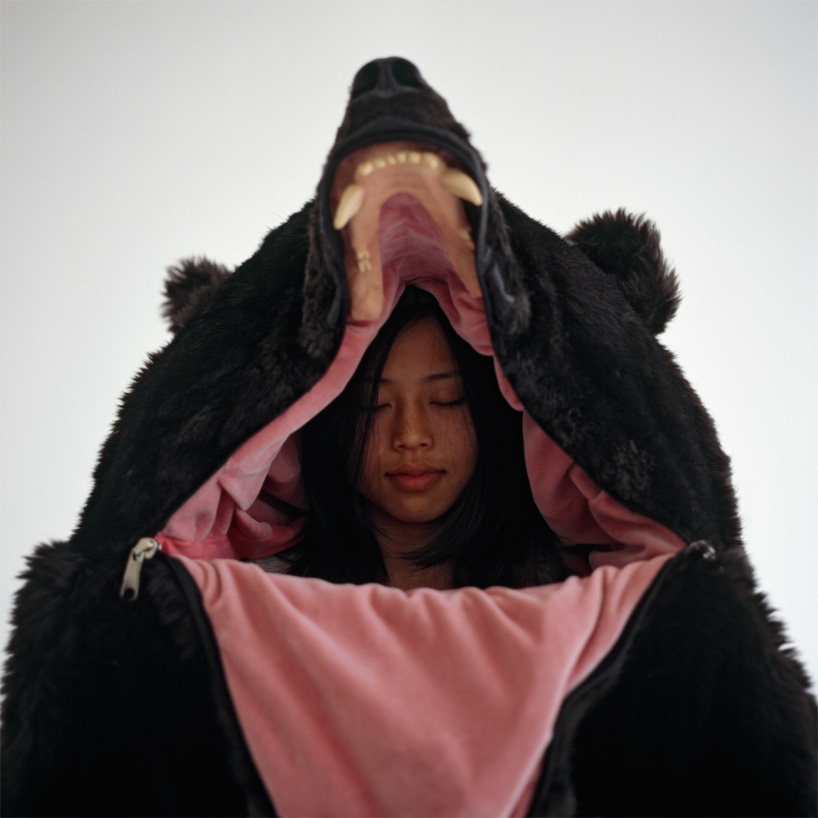 initial prototype exhibiting how ‘the great sleeping bear’ should be used

having developed multiple prototypes of the sleeping bear bag, ishizawa has now made the protective blanket available for purchase. however, the transaction doesn’t just stop at the point of sale. the artist invites owners of ‘the great sleeping bear’ to photograph themselves using the design from their various global locations, and send their experiences of using the sleeping bag to create a collage that expresses the freedom of animals to be able to wander around without threat.

‘the sleeping bear bag’ is being made in very limited editions, with only a few issued each year. if you’re interested you should contact eiko ishizawa as soon as possible.