developed by stockholm-based typography designer kyuhyung cho, the ‘poke stools’ stick to the spirit of children’s furniture — drawing influence from the playful form and function. produced by snickeriet, the seating object is comprised of four round legs and eight holes in each seat create a stackable stool with a graphical approach. the seating ‘pokes’ one another to build up in stacks, as the four legs pass through the holes of the other seat. the twisting section of each stool creates added rhythm as the volume grows higher. constructed using finnish natural birch and oak, the stools are then finished with a hard wearing lacquer to create a solid and smooth surface. 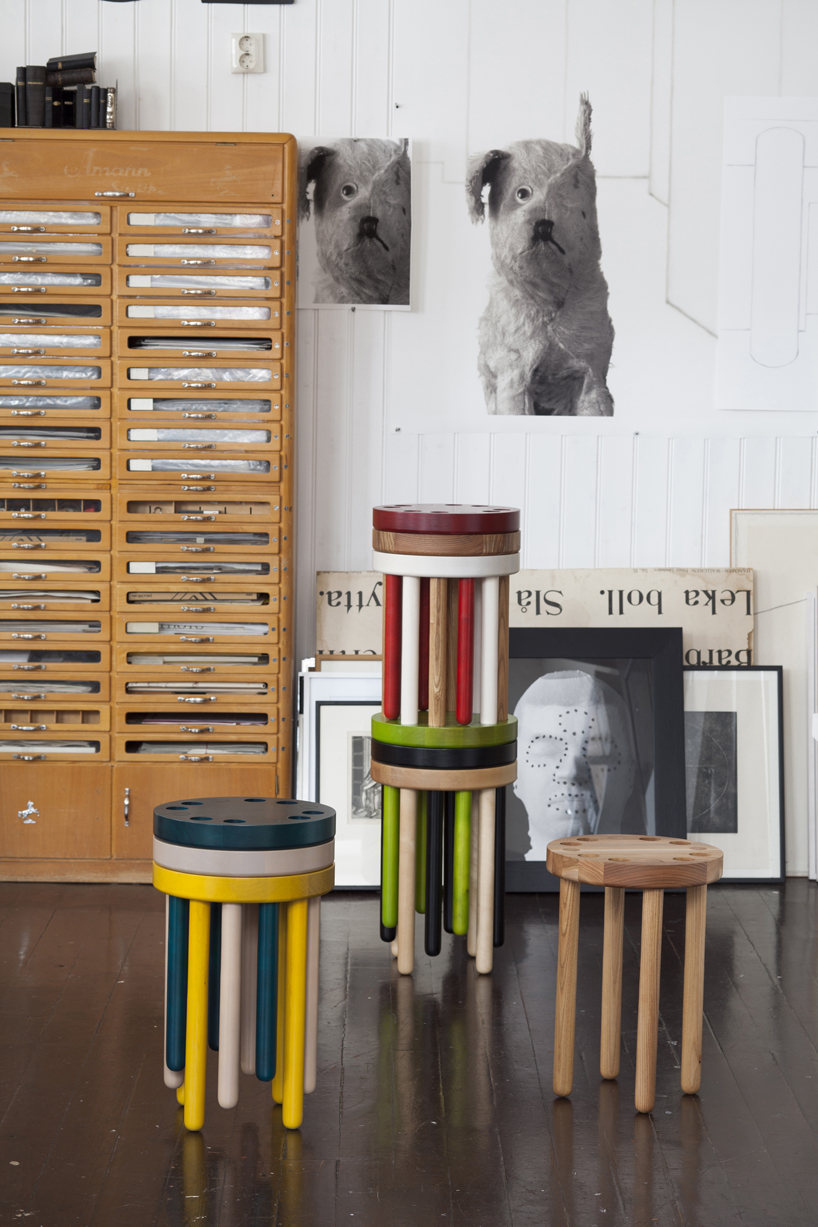 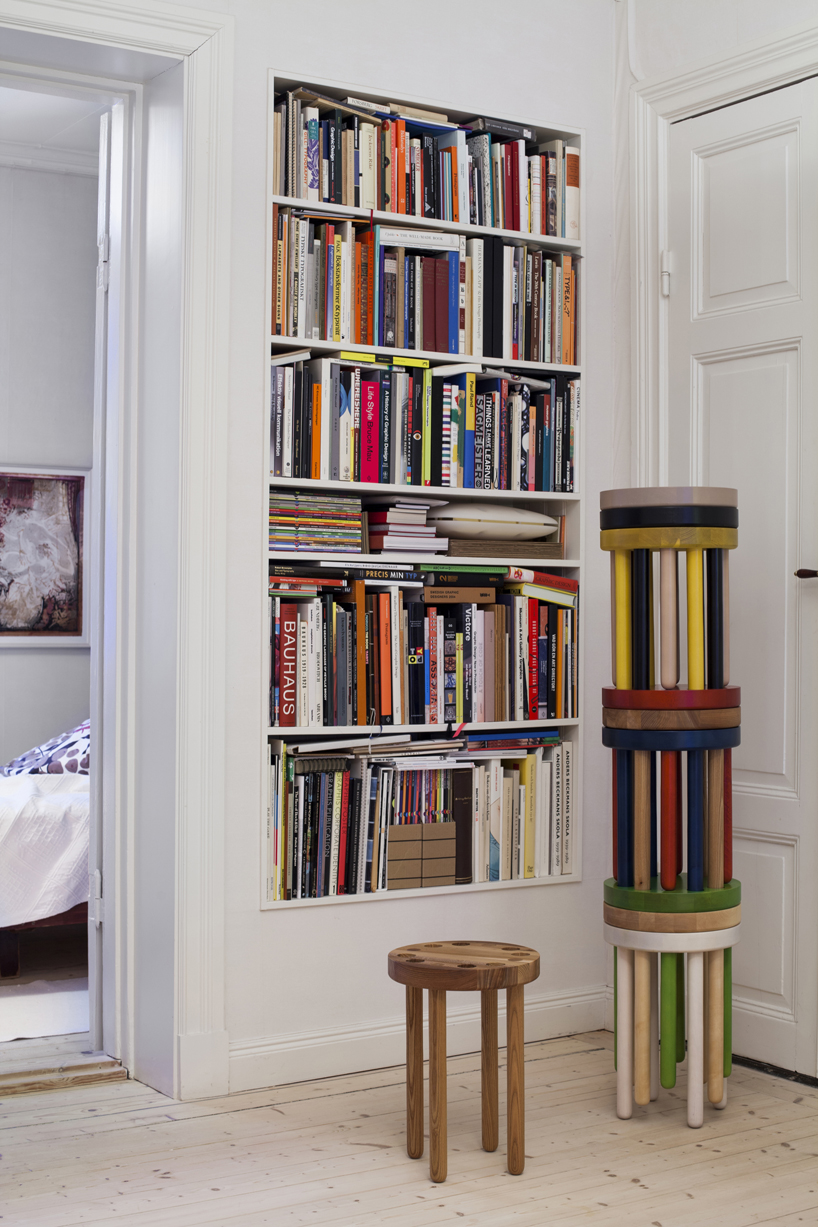 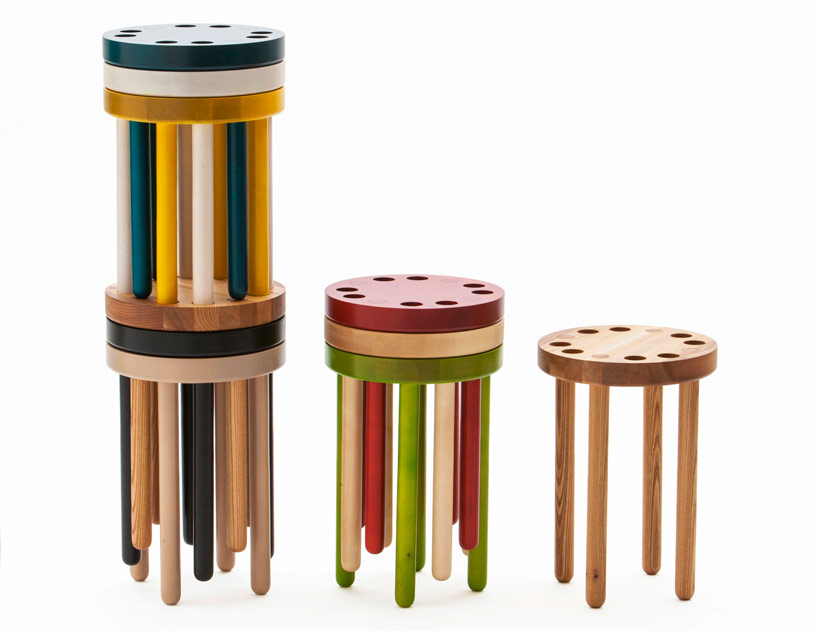 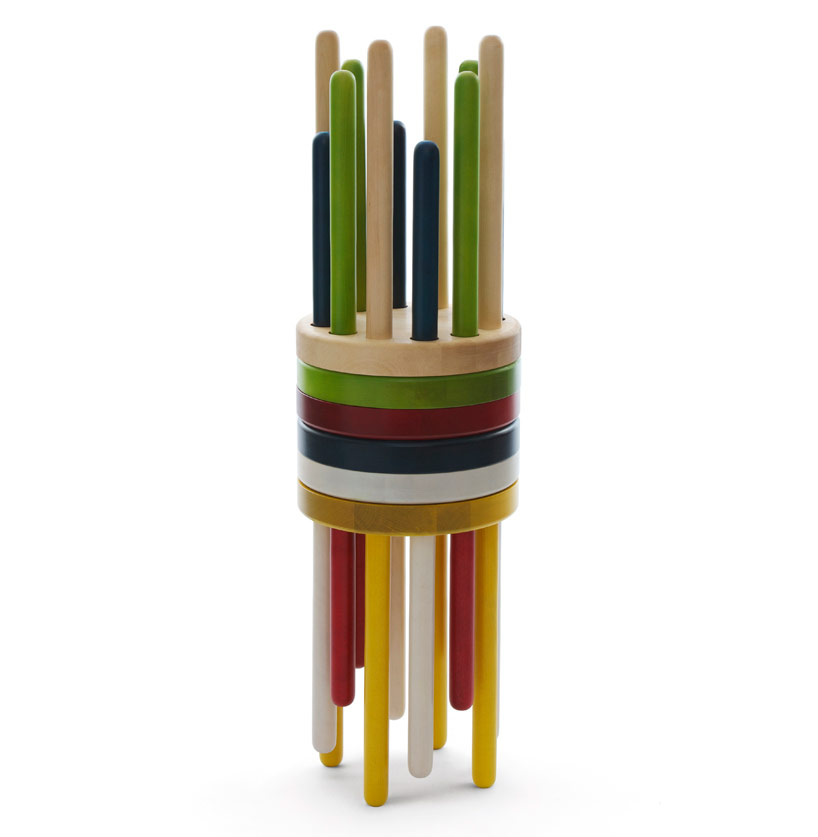 possibility to be upside down in a compositionimage © stephanie wiegner 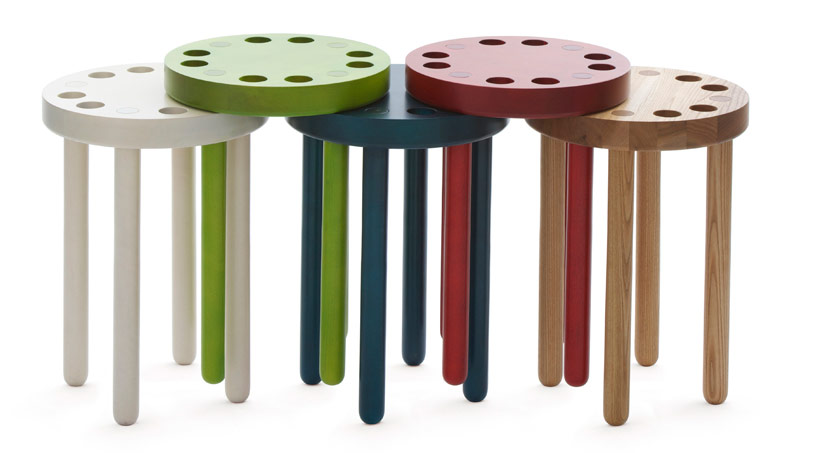 stackable side by sideimage © stephanie wiegner 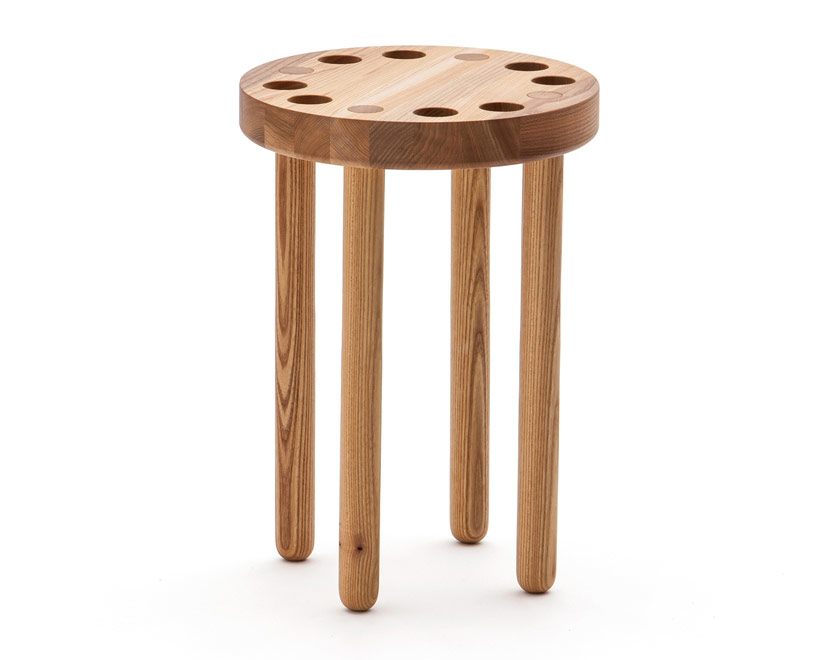 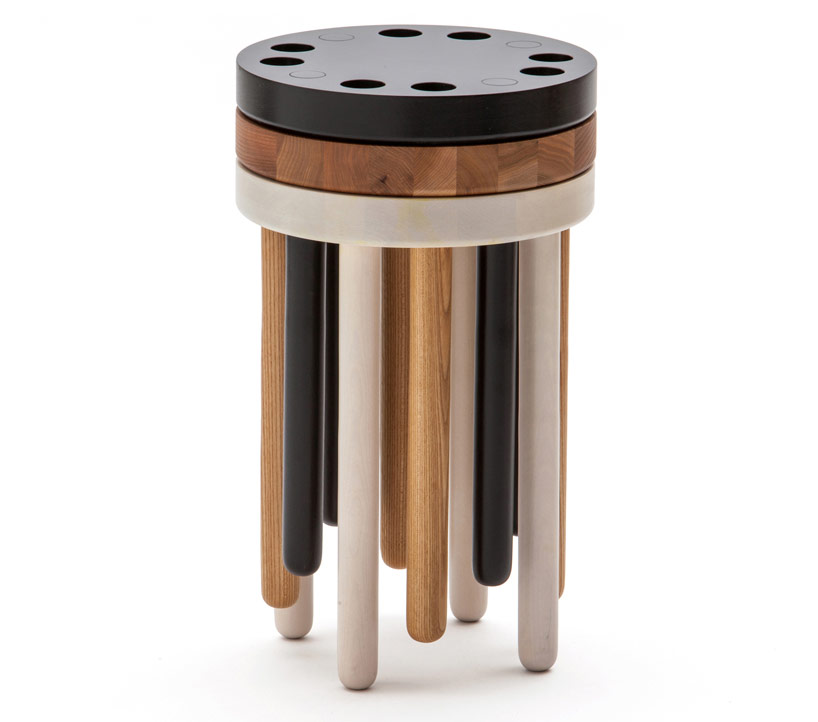 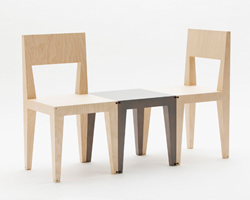 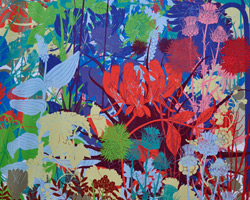 May 24, 2022
LOTS OF TALK at the DAAily bar during milan design week 2022
the DAAily bar by designboom, architonic and archdaily presents hourly live talks with international guests from the worlds of design, art and architecture.
design
166 shares
connections: 16