back in 2018, an anticyclone dubbed the beast from the east, brought a cold wave from siberia all the way to england, having many european countries experience heavy snowfalls and unusually low temperatures. three years later, it seems as if this beast is taking over europe again, with germany being covered in snow in the past few days and england about to see it too.

for those who still want to go out and cycle, the Q has replaced the tires on a bicycle with circular saw blades so that bikers can easily ride on ice. genius? 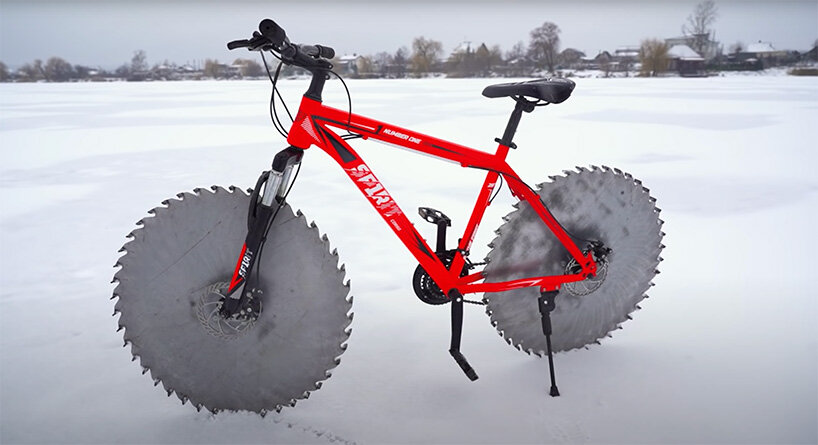 with over 10 million subscribers on youtube, the Q is known for its science and engineering videos that go from building a soda fountain out of cardboard to exchanging a scooter’s tires with F1 ones. dubbed epic cycling on ice, the Q’s latest experiment is the icycycle, a sort-of-terrifying ice bike that features two giant saw blades instead of the bike’s normal tires. 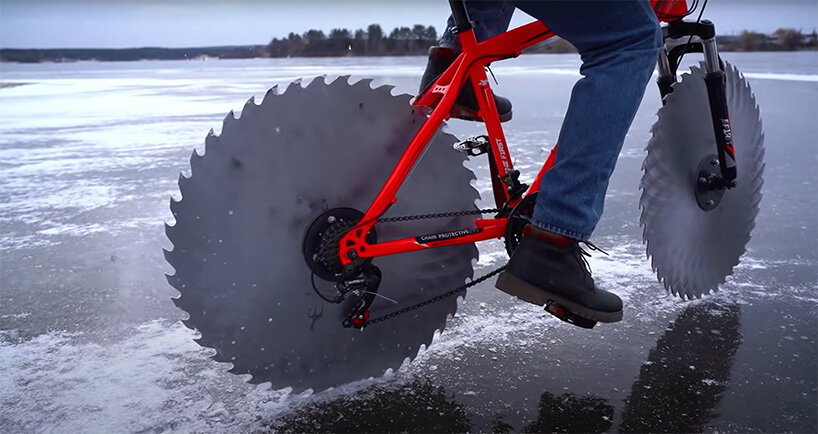 we must insist that people shouldn’t try this at home, but its certainly fun to see how the bike was first constructed, then taken out for a ride, then back to the workshop for some more work, and finally smoothly riding along a frozen lake. ‘epic cycling on ice ladies and gentlemen, please welcome a bike with circular saws instead of wheels that can easily ride on ice – icуcycle,’ says the Q. 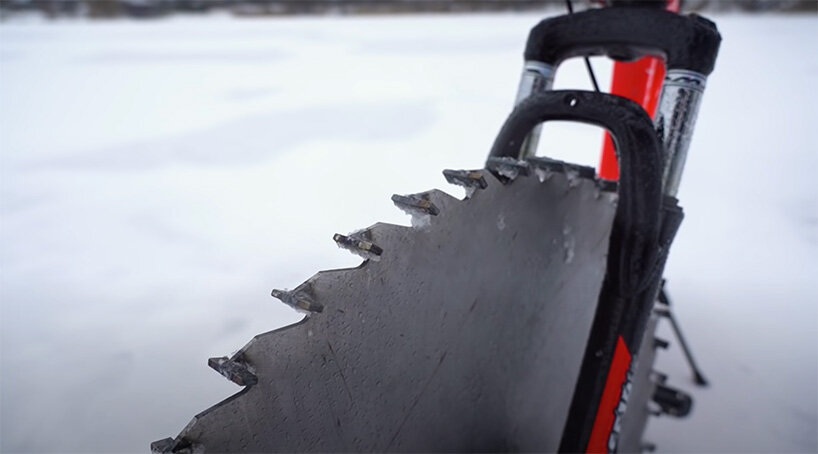 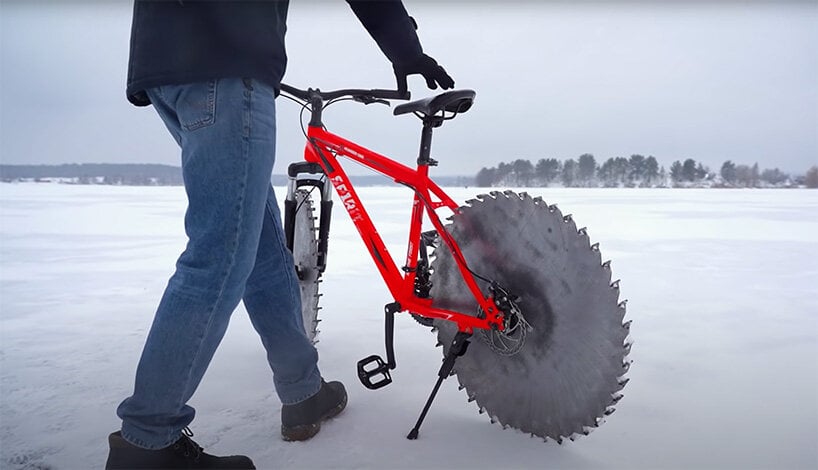 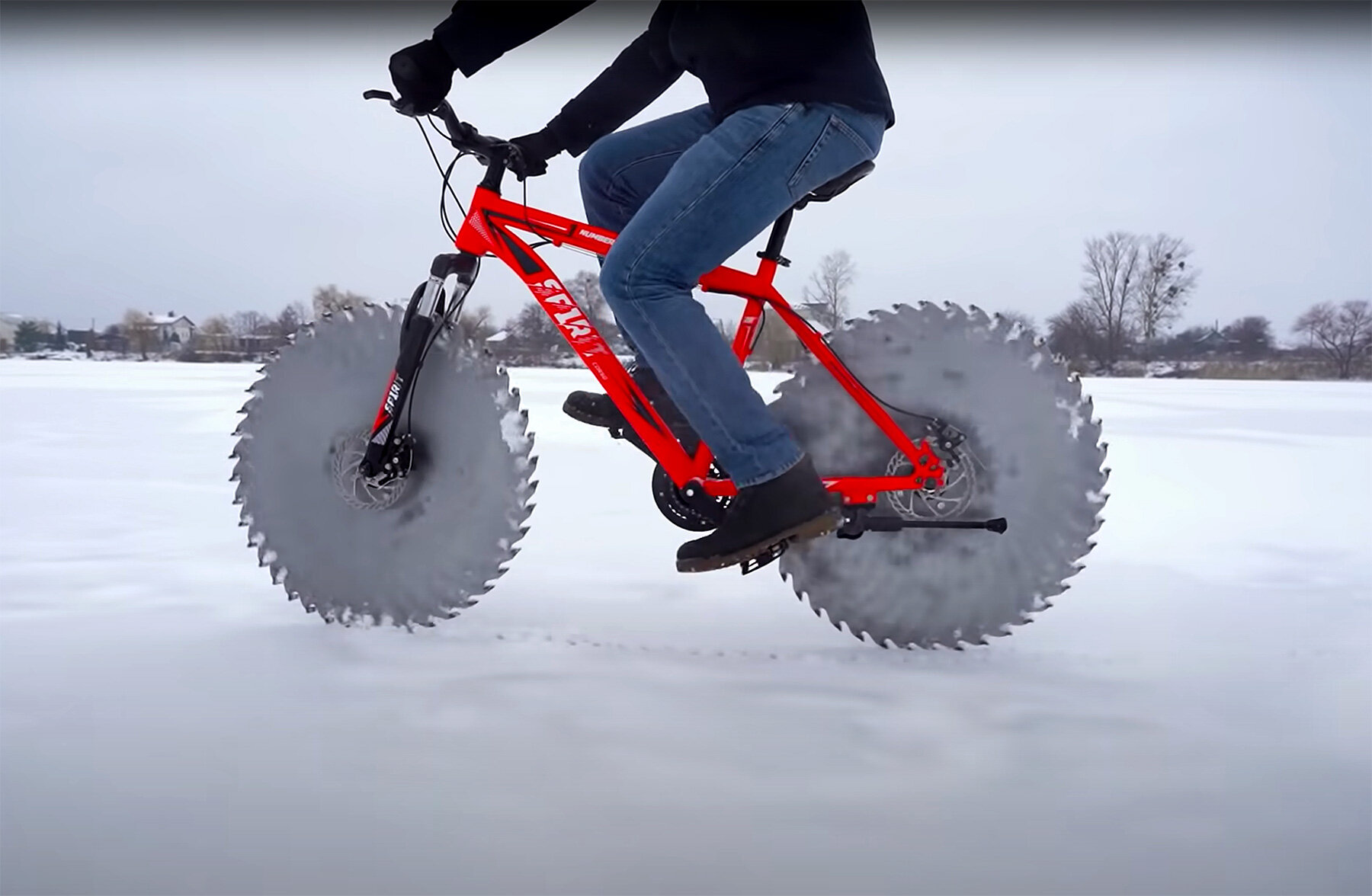 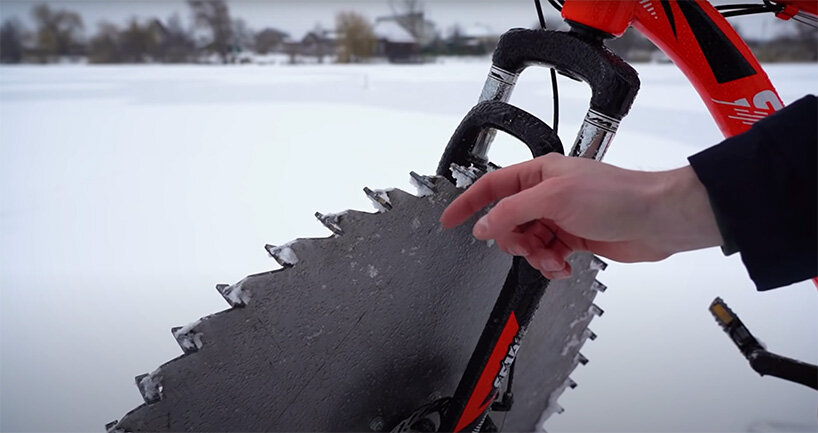 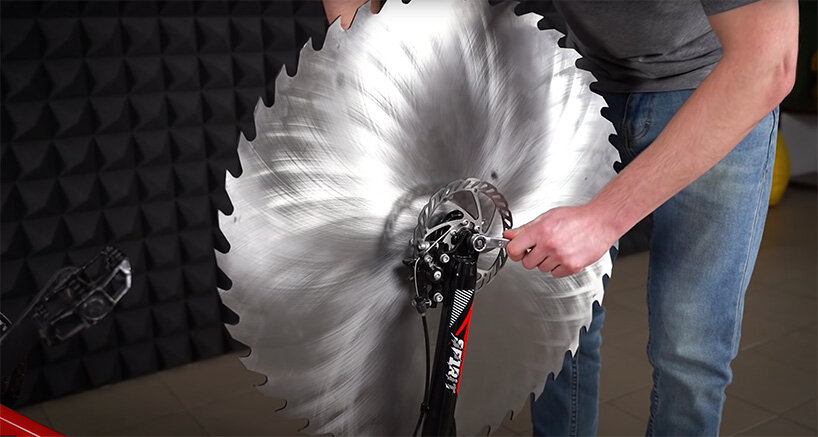 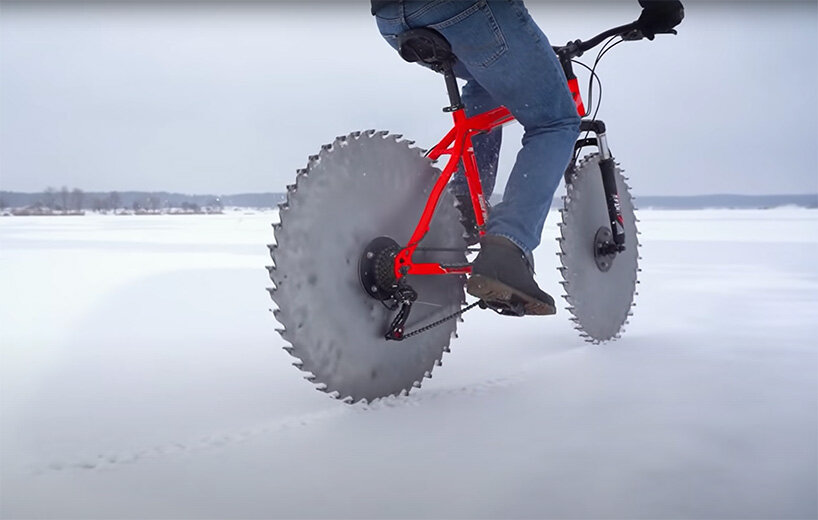 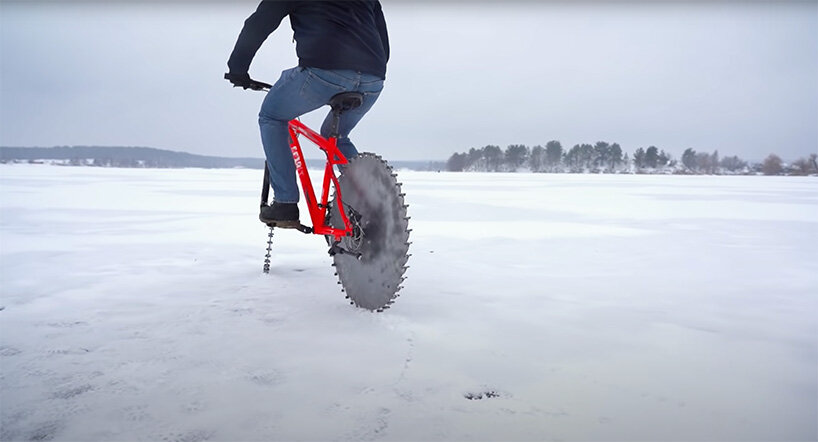